Stigmata—the mysterious manifestation of wounds on a person’s body that correspond with the crucifixion wounds suffered by Jesus Christ—may be a form of hysteric mind over matter or a religious miracle depending on your beliefs. The first stigmatic recorded by the Catholic Church was St. Francis of Assisi (1181-1226). Through the centuries, others have manifested wounds and experienced divine suffering, many of them women, and stigmata continue to appear in modern times. 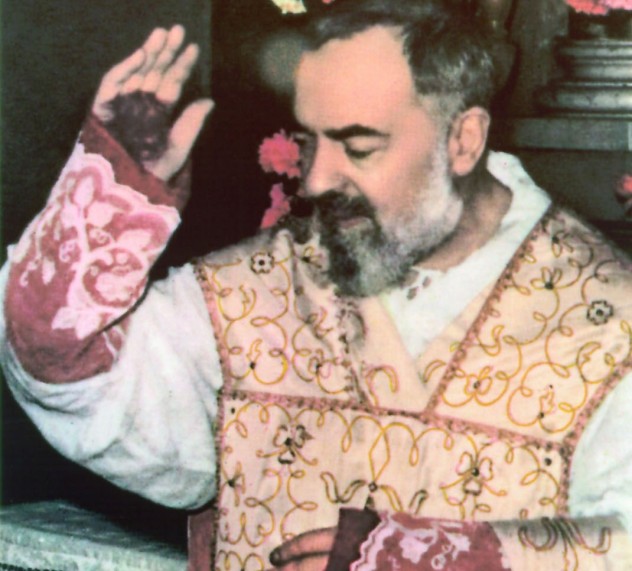 Beginning in 1970 in the small town of Termini Imerese, Sicily—two years after the death of the famous stigmatic and Capuchin monk, Padre Pio, pictured above—a 32-year-old woman named Enza Milano claimed she’d had a miraculous visitation from him. In her vision, he stabbed her in her palms, feet, and chest with a glowing dagger. Soon, marks began to appear on her body in these places. When the marks turned into bleeding wounds, she went to the doctor. The doctor treated the wounds, bandaged her hands, and signed his name across the bandages to ensure no tampering. The next day, the bandages were removed by the doctor and Enza’s wounds were even more inflamed. Her ultimate fate remains unknown. 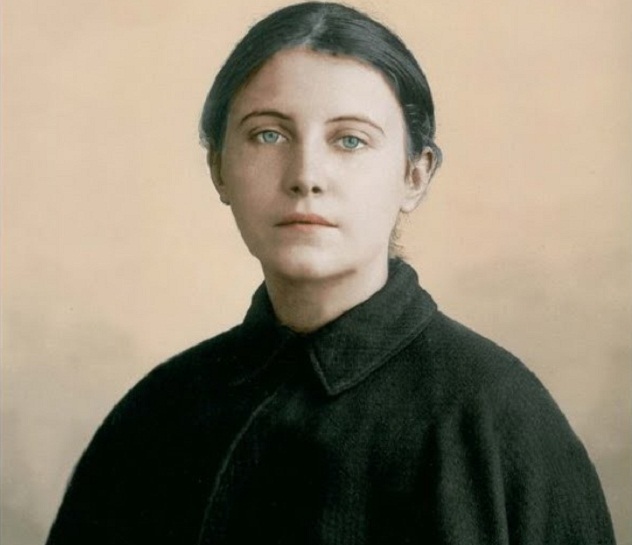 Born in Camigliano, Italy as Maria Gemma Umberta Pia Galgani, the devoutly Catholic Gemma first showed signs of stigmata at age 21. Reportedly, she’d received a mystical visitation from Jesus, the Virgin Mary, angels, and saints. Painful wounds appeared on her palms, feet, and chest, gouges on her forehead (from the Crown of Thorns), and whip marks on her back. Blood flowed from the stigmata from 11:00 PM every Thursday evening until 3:00 PM Friday afternoon. She kept her pain secret for a while, but finally received a spiritual director who wished her to write a “general confession”—basically an autobiography. The remainder of her life was spent in prayer and suffering the pain of her wounds, though she was denied her life’s dream to become a nun. Tuberculosis took her in 1903. She was canonized by the Church in 1940. 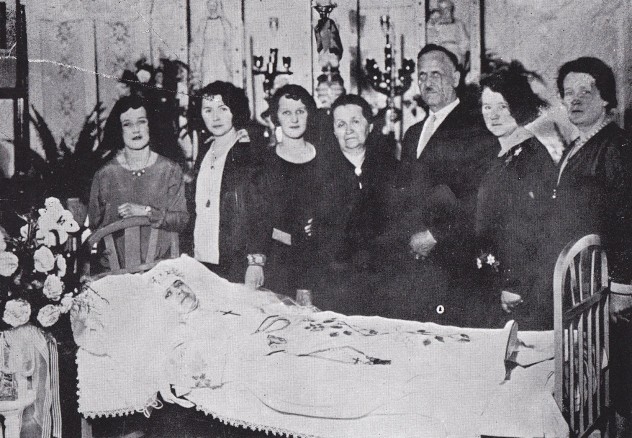 North American Marie Rose Ferron received a vision of the Child Jesus at age six. As she grew older, the pious and religiously devoted Marie experienced more divine visitations. From age 22 until her death, she reportedly ate no solid food, surviving solely on a liquid diet and sometimes nothing at all. She also had ecstatic fits, during which she believed herself to be communicating with Christ: her 75-lb body went rigid and four adult men were unable to lift her. At age 26, agonizing stigmata began appearing, eventually including her palms, feet, chest, side, forehead, and shoulder. She also bled from her eyes and mouth. The wounds appeared every Friday, often in front of witnesses, and vanished by Saturday. Sometimes her arm joints spontaneously dislocated. More than 15,000 people attended her funeral in 1936. Devotees continue to ask the Church to canonize her. 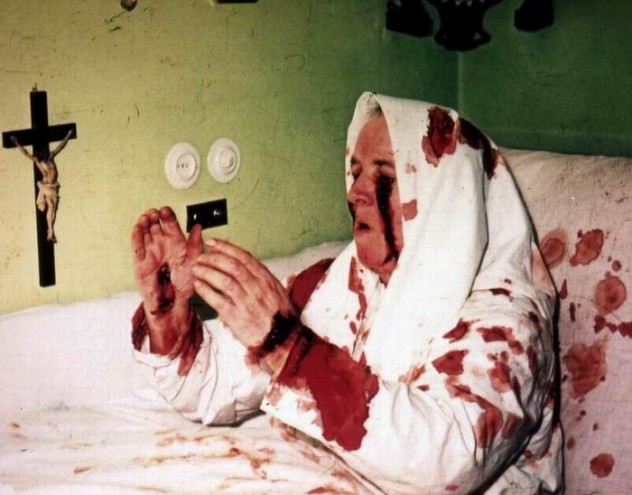 Born to a peasant family in Konnersreuth, Bavaria, Therese Neumann was partially paralyzed when she took a fall at age 18. Another fall caused temporary blindness, which became permanent in 1919 and left her bedridden with bone-deep bedsores, her only consolation the religious stories read aloud by her family. After more than six years, she miraculously regained her eyesight and the ability to walk.

During Lent in 1926, Therese had a vision and began bleeding from a wound in her side. Further stigmata appeared above her heart, in her palms and feet, forehead, and back. The stigmata were excruciating. She bled copiously, including blood flowing from her eyes, on many occasions and always on Good Friday until her death. In 2005, the Church declared her a “Servant of God,” opening up the possibility of eventual beatification and canonization. 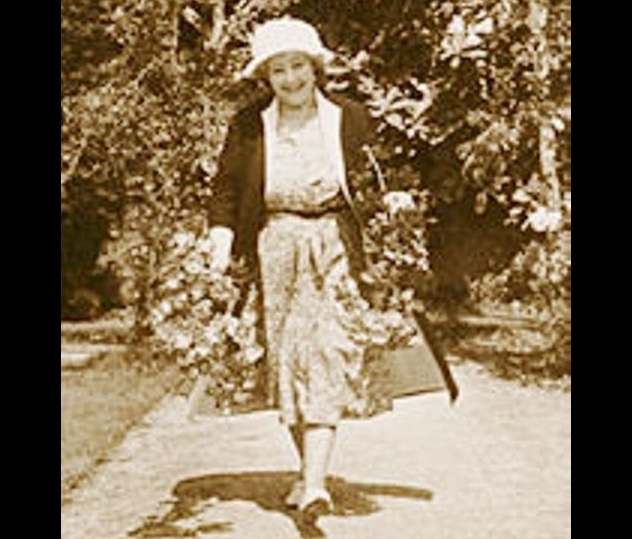 Born in London, England, Dorothy was stricken by tuberculosis at age six and remained bedridden for five years. She fell into a comatose state for two weeks and later said she’d had a visitation from Jesus Christ. While her family waited for her to die, she suddenly sat up in bed, miraculously healed and able to walk.

Dorothy published her first book in 1914 detailing other miracles and visions she’d experienced. Stigmata appeared on her hands, feet, and side in 1915, making her the first Anglican to suffer such manifestations. While certain people chosen by her witnessed the stigmata that spontaneously continued to appear during her life, she wanted the wounds kept from the public until after her death. In 2012, some commemorative events including a sermon by the Bishop of London were held in Britain for the centenary of her miraculous healing in 1912.

Hemography is a very rare type of stigmata in which blood from miraculous wounds (or occasionally bloody sweat or transudation) forms symbols, pictures, or writings on cloth. On hundreds of witnessed occasions during her life, Natuzza Evolo manifested both stigmata and hemography. She was born in Paravati, Italy and spent her entire life in the small town. At age 14, the illiterate Natuzza first manifested classic stigmata on her feet, palms, side, and shoulder as well as bloody sweat, and experienced many holy visions.

Two years later, the blood on handkerchiefs or bandages pressed to her wounds formed symbols like a cross, a heart, a thorny crown, human figures, and words in front of witnesses. Once, a lengthy prayer appeared. The hemography continued until her death. The above video interview with Natuzza is in Italian, but the first 60 seconds feature images of the wounds. 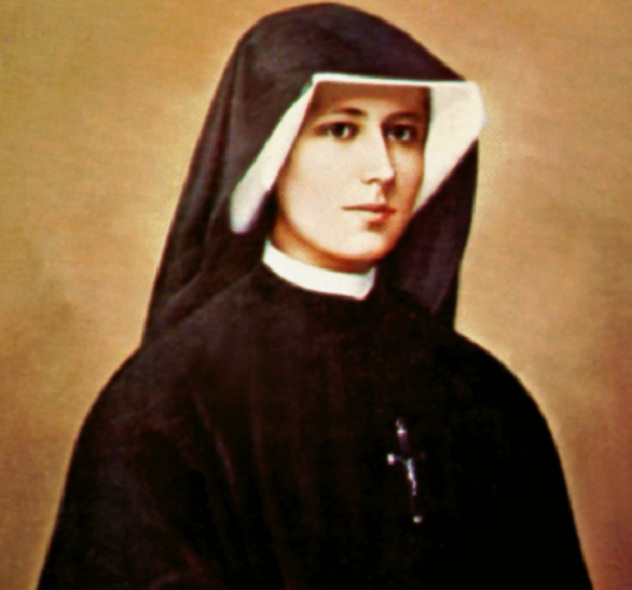 The daughter of a devout family in a small Polish village, the deeply pious Mary entered a Warsaw convent at age 19 where she eventually took vows. During her religious service, she had many divine visions and visitations from Christ, and reportedly experienced miracles like bi-location (being in two places simultaneously). In the third year of her novitiate, she began suffering from “hidden stigmata,” meaning she suffered the pain of the wounds of Christ, but they weren’t visible to anyone else.

During her life, her own family and many other people believed her delusional, but she never lost her faith. The last few years before her death were spent writing in her diary and in prayer. She was canonized by the Church in 2000. 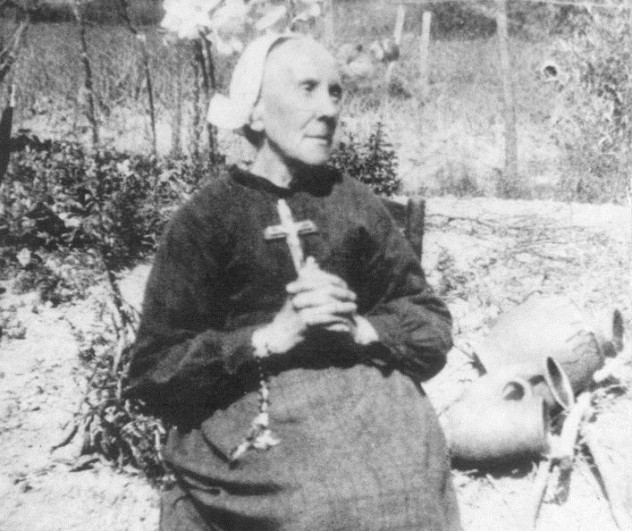 The Breton-born Marie-Julie began suffering stigmata at age 23—on her palms, feet, forehead, side, shoulder, back, and other places—following a vision of the Virgin Mary. After an examination, the doctor and the Bishop of Nantes were satisfied the stigmata were genuine. In time, she received another, more unusual stigmata following another vision: a bleeding mark on her chest in the shape of a flower and a cross. At first, the stigmata bled every Friday. Later, the wounds bled only on Good Friday.

Reportedly, some crucifixes and a picture of Jesus Christ also bled in her presence. She believed she was frequently attacked by the Devil. Marie-Julie made numerous prophecies and continued having visions until her death. 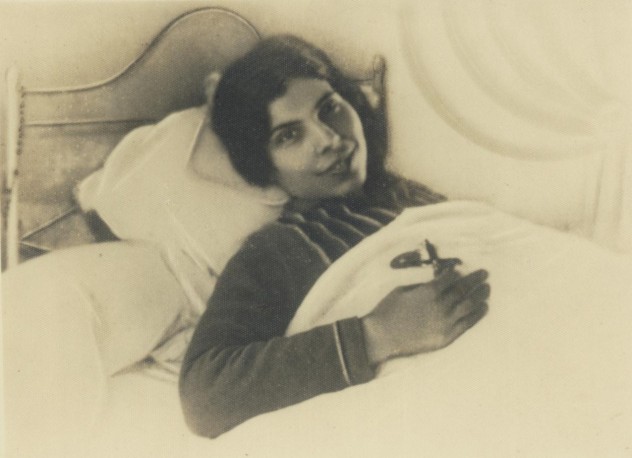 Born in Balasar, Portugal, Alexandrina became partially paralyzed when, at age 14, she leaped from a bedroom window to escape would-be rapists. By age 19, she was completely incapacitated. She remained bedridden the rest of her life. From 1938 on, she received visitations from Christ every Friday, during which she suffered hidden stigmata and the agony of crucifixion. The experience was repeated more than 180 times during her life.

She also believed the Devil sent her tormenting sexual visions and that Christ gave her a weekly blood transfusion from “the tube that pours out love.” (Note: the cleric preparing the case for her possible canonization admitted she displayed psychological problems.) From 1942 until her death, she ate nothing except a communion wafer each day, eventually dropping to a mere 73 lbs. She was beatified in 2004. 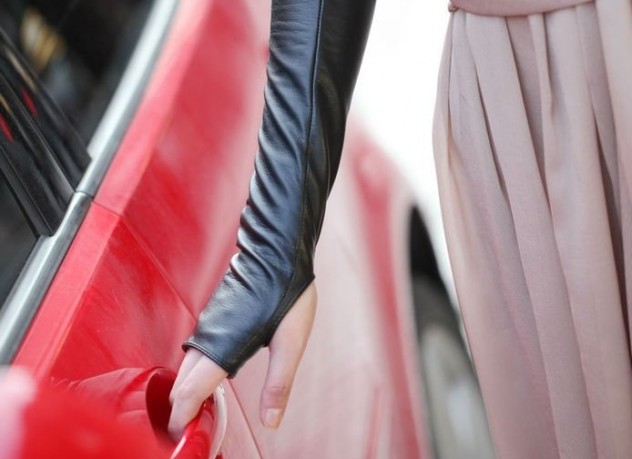 For years, Mary Ellen Lukas has stayed “under the radar” so to speak, keeping a low media profile while traveling the US and other parts of the world speaking at churches and religious institutions under the guidance of her pastor, the Bishop of the Scranton Diocese, and her visions of Jesus Christ. Not much is known about the life of the wife and mother from Hazelton, Pennsylvania, nor the mysterious stigmata that bleed on her forehead, palms, feet, and side during Mass, Good Fridays, and whenever she mentions the Eucharist. She permits no photographs and wears black fingerless gloves to conceal her wounds. Reportedly, thousands of believers flock to her public appearances. She is associated with the Catholic lay ministry, Our Father’s Divine Work.