Modern science is working hard to eliminate one of the only things we can be certain of in our lives, and you know it’s not taxes (how else would they get the money for these studies?). For thousands of years, humans have sought the key to immortality, and while we may be a bit away still, there are all sorts of possible options to escape death: freezing yourself, uploading your mind to a computer, altering DNA, and so on. Until we crack those codes though, we’re just going to have to suck it up and keep on dying—that or just get really, really lucky. 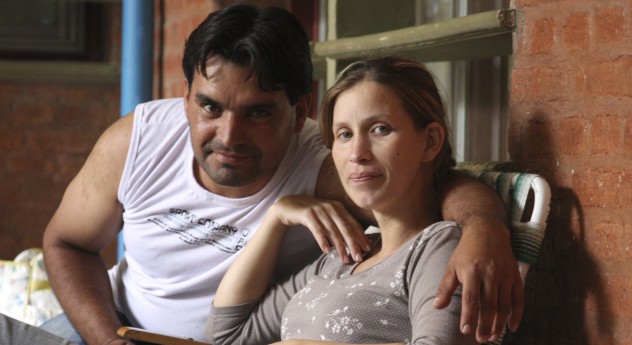 Analia Bouter was pregnant with her fifth child when she went into labor 12 weeks early. After the birth was completed, doctors told her that the child she had delivered was stillborn, and Bouter and her husband were sent home with a death certificate for the child. They decided to return 12 hours later to see the girl’s body, which was being kept in a refrigerated drawer in the morgue. The baby had been seen by obstetricians, gynecologists, and even a neonatologist, and all of them reached the conclusion that she was dead. But when they opened the drawer, the baby began crying, and they realized their daughter was alive. The girl was named Luz Miraglos (Miracles of Light) and the latest reports say that she has grown stronger and healthier. 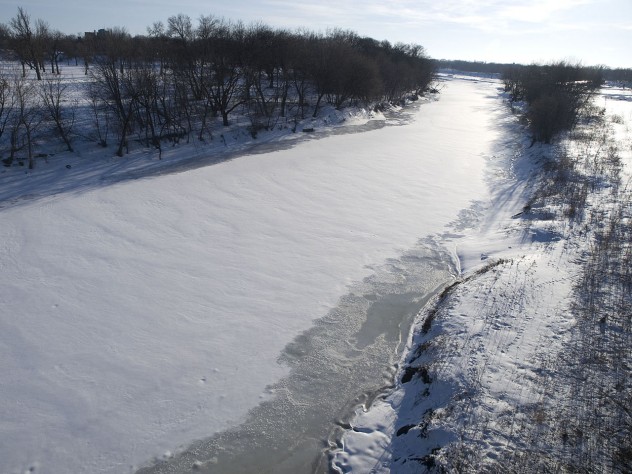 Alvaro Garza, Jr. was 11 years old in 1987 when he fell through ice and into the Red River, which separates Minnesota from North Dakota. He was playing on the frozen ice and fell through as he tried to grab the body of a dead squirrel. The rescue attempt wasn’t a particularly fast one, and Alvaro spent a full 45 minutes completely underwater. When he was pulled from the river, he was clinically dead: he had no pulse, and his body temperature had dropped to 77 degrees Fahrenheit. He was taken to the hospital where doctors revived him using a heart-lung bypass machine, which warmed his body, forced out water and pumped in air. The explanation behind this story is that Alvaro was struggling for a few minutes before he actually submerged, which authorities said allowed his body to cool down and reduce its need for oxygen.

After four days in the hospital, he was able to communicate by blinking, and he was released after 17 days in total. For a while, he had limited use of his limbs, requiring braces to walk. But he eventually regained full use of them and appears to have no lasting brain damage. 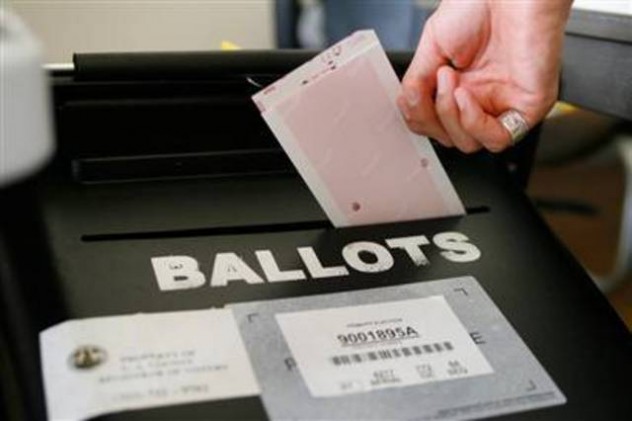 Ty Houston, a nurse from Michigan, was filling out his 2012 voting ballot (you remember that whole Romney-Obama thing) when he heard a woman screaming for help. He went over and found that the woman’s husband had no heartbeat and was not breathing. Houston laid the man’s body down on the floor and began to perform CPR on him. After a few minutes, he managed to bring the man back to life. Despite having just died, the first thing he asked upon being revived was “Did I vote?” 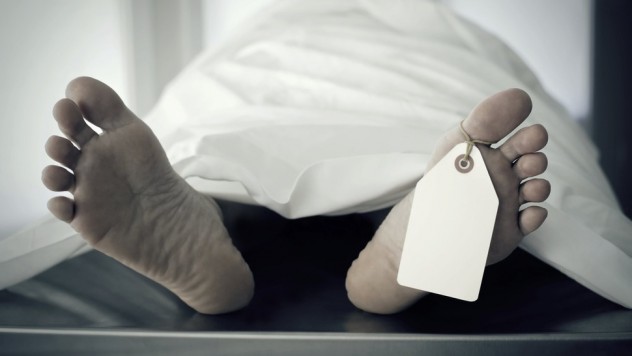 In July 2011, the family of an 80-year-old South African man called an undertaker, reporting that the man was dead. A driver was sent over, and checked the man to try and find a pulse or heartbeat, but couldn’t, so took the body back to the morgue, where it was placed in a fridge. Twenty-one hours later, the dead man woke up and started screaming. Understandably, this freaked out the morgue staff, who thought that the man was a ghost. Terrified, the owner, Ayanda Maqolo, called the police and waited until they arrived to enter the morgue. Maqolo said that he felt safer having firearms there, in case whatever was screaming wanted to fight them. After the undead man was taken out of the fridge, he was sent to a nearby hospital before being discharged. Maqolo says he is recovering from his traumatic experience, but didn’t mention the obvious trauma of the man who was removed from the sleeper section of a morgue by armed police. 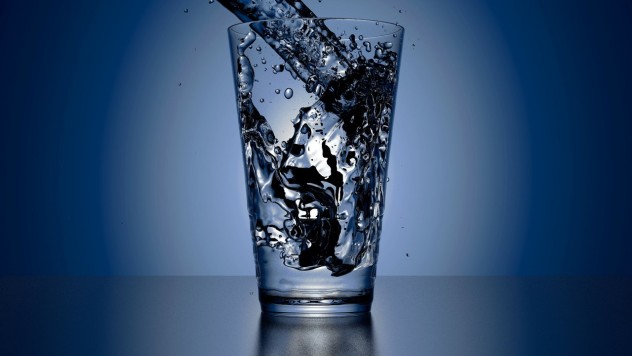 Kelvin Santos, a two-year-old boy from Brazil, died after complications from bronchial pneumonia caused him to stop breathing. He was placed in a body bag (that was reportedly airtight) for three hours, and a wake was held for the family later that day. His aunt was visiting the body when she said he started to move, at which point he sat up in his coffin in front of the whole family, and asked his dad for a drink of water. The family thought they were getting another chance with the boy, but unfortunately, he immediately lay back down and died again. He was rushed to hospital, but was pronounced dead for a second time. While some claim it was a hoax, you have to wonder who would suggest such a thing and somehow get the whole family to play along. 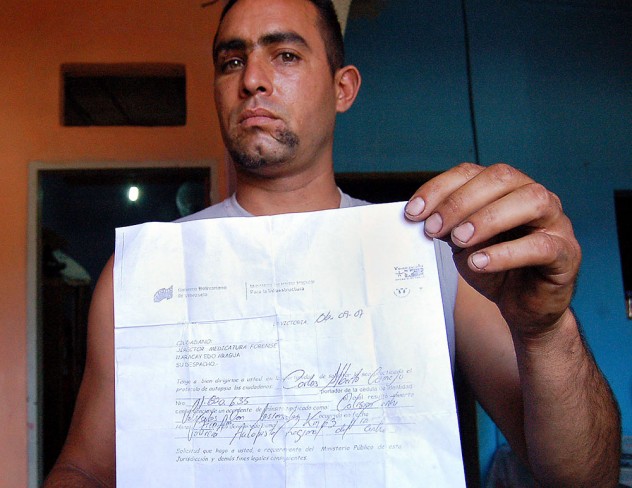 Carlos Camejo was 33 when he wound up in a high-speed collision on a Venezuelan freeway, was declared dead, and moved to the local morgue. In the meantime, his wife was informed of her loss and asked to identify his body. The examiners in the morgue were just gearing up for an autopsy on Camejo with an incision to his chin when they realized something was wrong: the incision was bleeding. They began to stitch it up, at which point Camejo woke up, later saying it was because the pain was unbearable. Not long after he woke up, his wife arrived to identify his body and was overjoyed to find her supposedly dead husband alive. 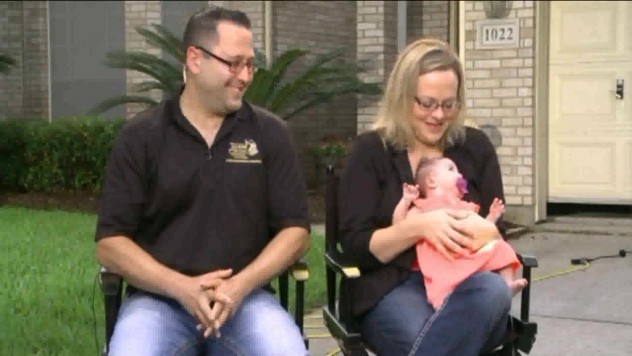 Erica Nigrelli, an English teacher from Missouri, was 36 weeks pregnant when she began feeling faint and passed out at work one day. Her husband Nathan, a teacher at the same school, called 911, saying she was having a seizure. Coworkers began CPR and used a defibrillator in an attempt to restart her heart. Emergency personnel arrived and took Erica to the hospital, where doctors stopped CPR in order to deliver the child by C-section. They then told Nathan that his wife had delivered post-mortem, but after the delivery, Erica’s heart began beating again. She was kept in a medically induced coma for five days, and it was discovered that she suffers from a heart condition known as hypertrophic cardiomyopathy, which requires her to have a pacemaker. Erica and her daughter, Elanya, are both alive and well. 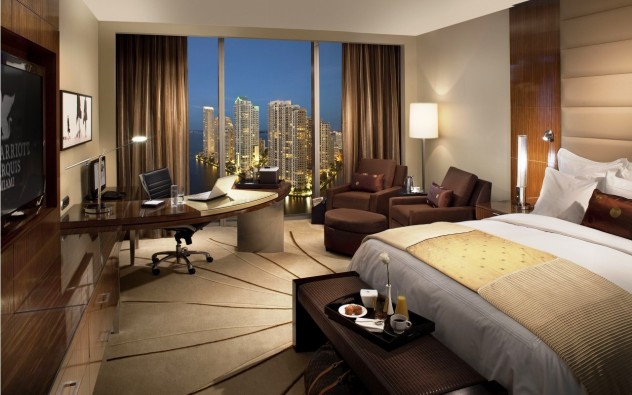 In March of this year, a prostitute in Bulowayo, Zimbabwe, died while she was “conducting business” with one of her clients. The authorities were called to the hotel where she worked to remove the body. A crowd of onlookers had gathered to watch, and just as police were placing her body in a metal coffin, she sprung back to life screaming “You want to kill me!” Naturally, seeing a woman in a coffin noisily spring back to life shocked many of the people in the crowd, who began to flee the scene. MaNdlo was taken home by one of her colleagues, while her client quietly slipped out of the hotel room after the police had left. No word as to whether or not he got a discount. 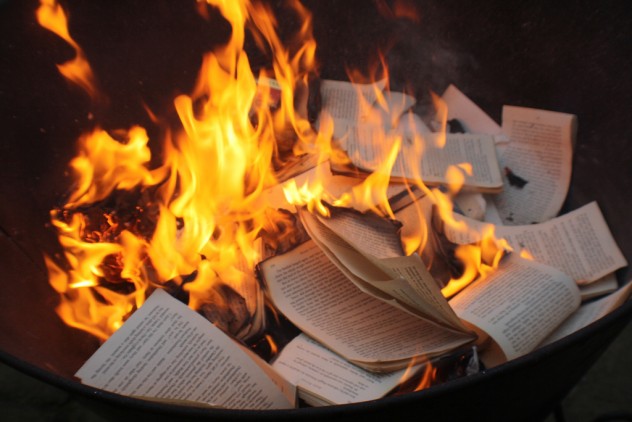 When a person is 95, it’s probably not a huge shock if he or she passes away (still very unfortunate, of course). And when someone dies, you generally expect them to stay dead. When that person has been dead for six days, you seriously expect them to stay dead. Well, Li Xiufeng was 95 years old when her neighbor found her motionless and not breathing in her bed, two weeks after suffering a head injury. After the neighbor, Mr. Qingwang, tried and failed to wake the woman, she was placed in a coffin and kept in her house before the funeral, so friends and family could drop by to pay their respects. The day before she was due to be buried, Mr. Qingwang went to her house to find the coffin empty.

Mrs. Xiufeng, obviously taking the term “wake” a bit too literally, had woken up, struggled out of her closed coffin, and gone into the kitchen to cook. While not being dead is a very happy story, how would you like it if you woke up and found, as per Chinese tradition, everything you owned was burned up? Almost makes those “Congrats on not being dead!” wishes sound hollow. 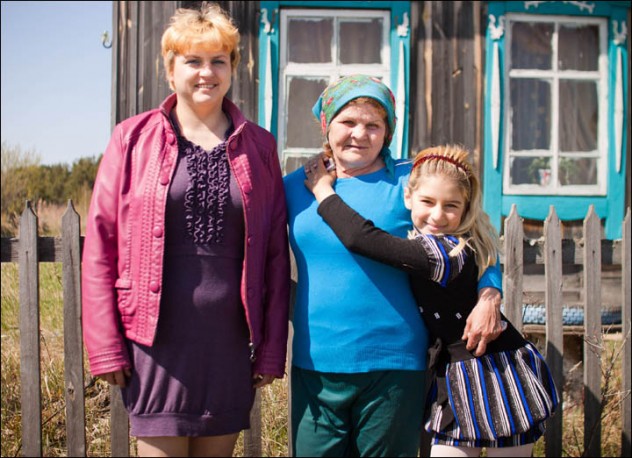 Lyudmila Steblitskaya is another example of someone being declared dead and subsequently placed in a morgue, only to be later found alive. What sets her apart from the other morgue-sleeper we’ve mentioned is that he spent 21 hours in the morgue—Lyudmila Steblitskaya spent three days in one.

In November of 2011, her daughter Nastya went to the hospital to visit Lyudmila, and was told that she had died earlier that day. The morgue was now closed however, and being a Friday, that meant that Nastya wouldn’t be able to see her mother until Monday (apparently nobody in Russia dies on weekends, seeing as the morgues don’t run). As upset as she was, Nastya began making the funeral arrangements, deciding to have the service on Monday. The whole thing cost about $2,000, and 50 people were to attend. But when Monday rolled around and she came to collect the body, a woman told her that she had just spoken to Lyudmila a few minutes previously. Natsya followed this woman into a bedroom, and upon seeing her mother alive, she tossed her bag and ran out of the room screaming. The hospital has declined to comment on the incident, but Lyudmila was told that she was in fact in the morgue for the weekend. Even though she had to work hard to pay back the money borrowed for the funeral, Nastya was very happy to have her mother back once she recovered from the shock.

Oh, and then about a year after that, Lyudmila was dead for several more hours before being brought back to life again. We hope that the next time she dies, they wait about a week to bury her. Just to be sure.

Simon is a 22-year-old university graduate who likes to adhere to his Irish stereotypes, such as drinking and loving the potato. You can follow him on twitter, or like his extremely long tongue on Facebook to see if he can break the world record.