Thousands of people go missing every year, and the most frustrating cases are those where the investigators have virtually nothing to work with—situations where no one saw anything, and no obvious explanation presents itself. It’s almost as if these people literally vanished into thin air.

On February 9, 2004, 21-year-old University of Massachusetts student Maura Murray e-mailed her professors and employer to tell them she was going away because of a (fabricated) death in the family. That night, she got into an accident by crashing her car into a tree near Woodsville, New Hampshire. Strangely, Maura had wrecked another car in an accident only a couple days earlier. A bus driver came by and asked Maura if she needed to call the police. Maura said “No,” but the driver called them anyway once he got to the nearest phone. When the police showed up 10 minutes later, Maura had vanished.

There were so signs of any footprints or struggle at the scene, so it’s possible Maura got a ride from someone. The next day, Maura’s fiancee in Oklahoma received a voicemail which may have been from her, but he only heard sobbing on the other end of the line. While Maura had displayed some strange behavior in the days before she vanished, her family does not believe she disappeared willingly. After nine years, there is still no trace of what happened to her. 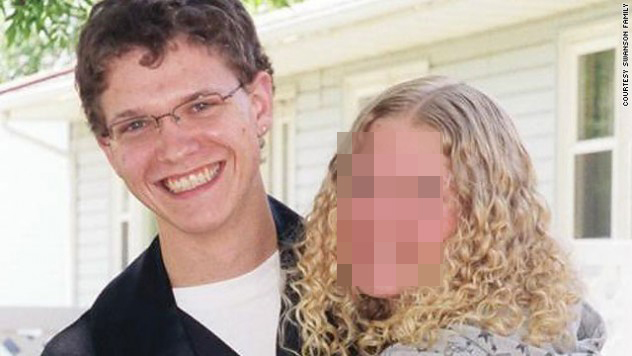 19-year old Brandon Swanson was heading back to his hometown of Marshall, Minnesota on the evening of May 14, 2008 when, while driving on a rural gravel road, he crashed his car into a ditch. Brandon called his parents on his cell phone and asked them to come pick him up. They went looking for Brandon, but were unable to find him. When Brandon’s father called him back, Brandon said he would try heading towards the nearby town of Lynd. In the middle of their conservation, Brandon suddenly swore and the call was abruptly cut off.

Brandon’s father tried calling him back several more times, but he never got an answer and was unable to find him. After police were notified, they found Brandon’s car, but they were unable to locate him or his cell phone. One theory is that he might have accidentally stumbled into a nearby river and drowned, but searches turned up no trace of his body. No one knows what prompted Brandon to swear during that phone call, and it’s the last anyone ever heard from him. 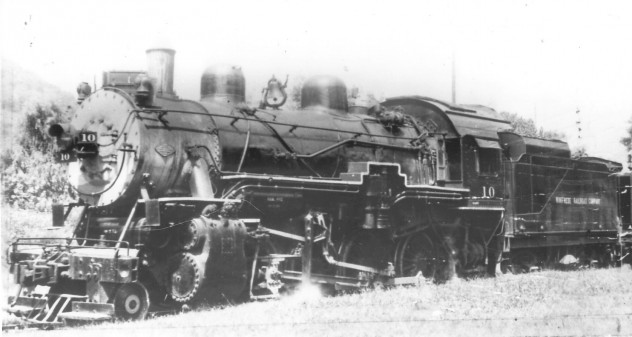 Louis Le Prince was a French inventor who is renowned for having shot the world’s first moving pictures on film. Strangely, “The Father of Cinematography” is also remembered for being the subject of one of the strangest disappearances of all time. On September 16, 1890, Le Prince was visiting his brother in Dijon, France before boarding a train to Paris. When the train arrived at its destination, Le Prince had completely vanished.

The last time anyone saw Le Prince, he was entering his cabin after having checked his luggage into a separate compartment. Neither Le Prince nor his luggage were ever seen again. There had been no signs of foul play or anything suspicious during the trip and no one could recall seeing Le Prince outside his cabin. The windows were tightly closed, so it would have been difficult for him to jump off the train, but suicide seemed like an unlikely option since Le Prince was planning to travel to America to get patents for his new inventions. Because Le Prince was unable to get those patents, Thomas Edison took credit for the invention of motion pictures. As for Le Prince, his ultimate fate still remains a mystery.

At 4:00 AM on December 10, 1999, an 18-year-old UCLA freshman named Michael Negrete logged off his computer after playing video games with his friends all night. At 9:00 AM, Michael’s roommate woke up and noticed that he was gone, but had left behind all his possessions, including his keys and wallet. He was never seen again.

The most curious aspect of Michael’s disappearance is that his shoes were also left behind. Investigators used search dogs to track Michael’s scent to a bus stop which was a couple miles away from campus, but would he really have walked that far without any shoes on? The only potential lead is an unidentified man who was seen in Dykstra Hall around 4:35 AM that morning, but no one knows if he has any connection with Michael’s disappearance. There’s nothing in Michael’s background to suggest he might have disappeared willingly, so the trail on him has remained completely cold for over a decade.

On July 18, 2007, Barbara Bolick, a 55-year-old woman from Corvallis, Montana, went on a hiking trip in the Bitterroot Mountains with Jim Ramaker, a friend who was visiting from California. They were heading toward Bear Creek Overlook when Jim stopped to look at a scenic view. Barbara had been about 6-9 meters (20-30 ft) behind him at the time, but Jim claimed that after turning away from her for less than a minute, he looked back to see that she had completely vanished. After authorities were notified, an extensive search of the area turned up no trace of Barbara.

On the surface, Jim Ramaker’s story sounds pretty unbelievable. However, he was reportedly very cooperative with the authorities and since there is no evidence that he did anything to Barbara, they do not consider him a suspect in her disappearance. It seemed likely that a guilty person would attempt to dream up a much better story than his victim simply vanishing into thin air. It’s been nearly six years, but authorities haven’t found any trace of foul play or any hint of what may have happened to Barbara Bolick. 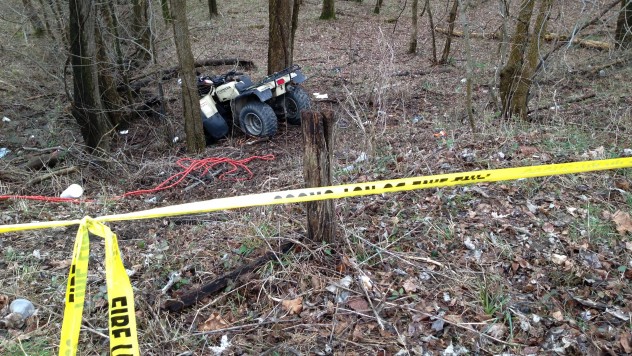 On August 23, 2008, 51-year-old Michael Hearon traveled from his condo to his farm in Happy Valley, Tennessee with plans to mow the lawn. That morning, neighbors saw Michael leaving the farm on his ATV—the last known sighting of him. The next day, Michael’s friends visited the farm and saw his truck parked on the road with the windows rolled down. Michael’s trailer was also attached to the vehicle with his lawnmower loaded on top of it, but the farm’s lawn had not been mowed. His friends returned the next day and became concerned when they saw his truck parked in the same location and noticed that his keys, cell phone, and wallet were still inside.

Three days after Michael’s disappearance, investigators uncovered their only clue when they found Michael’s ATV on a steep hill about 1.5 kilometers (1 mi) from his home, a location he was never known to visit. Other than that, no major leads have surfaced and authorities could find no physical evidence to suggest foul play. Michael was not known to have any enemies or any reason to disappear on his own, so his whereabouts are a truly baffling mystery.

One of the most famous disappearances in British history took place in Norfolk, England on April 8, 1969. A 13-year-old schoolgirl named April Fabb left her home in Metton to visit her sister in the nearby village of Roughton. She was taking the trip on her bicycle and was last seen riding down a country road by a truck driver at approximately 2:06 PM. At 2:12 PM, her bicycle was found lying in the middle of a field a few hundred yards away by two Ordinance Survey workers, but there was no sign of April.

Abduction seemed like a probable scenario in April’s disappearance, but the perpetrator would have had a very narrow window to work with. They had only six minutes to abduct April and disappear from the area without any witnesses seeing anything. An extensive search was made for April, but there was no hint of her whereabouts. Authorities found April’s case to be similar to the disappearance of another young British girl named Genette Tate in 1978, so notorious child murderer Robert Black was considered as a possible suspect. However, there’s nothing to conclusively link him to April’s disappearance, so it remains unsolved.

Brian Shaffer was a 27-year-old medical student from Ohio State University who went to a bar called the Ugly Tuna Saloona on the evening of April 1, 2006. Sometime between 1:30 and 2:00 AM, he mysteriously vanished. He had been drinking heavily that night and, after talking to his girlfriend on his cell phone, was last seen speaking to two young women. However, no one at the bar could remember seeing him after that.

The most baffling unanswered question in this case is how Brian exited the bar. The establishment’s surveillance footage clearly showed him arriving, but no footage could be found of his exit! None of his friends or family believed that he disappeared on his own. While he had been upset about his mother passing away three weeks beforehand, he was doing well in school and had plans to go on vacation with his girlfriend. But if Brian was abducted and met with foul play, how did the perpetrator get him out of the bar without being seen by any witnesses or the security cameras? 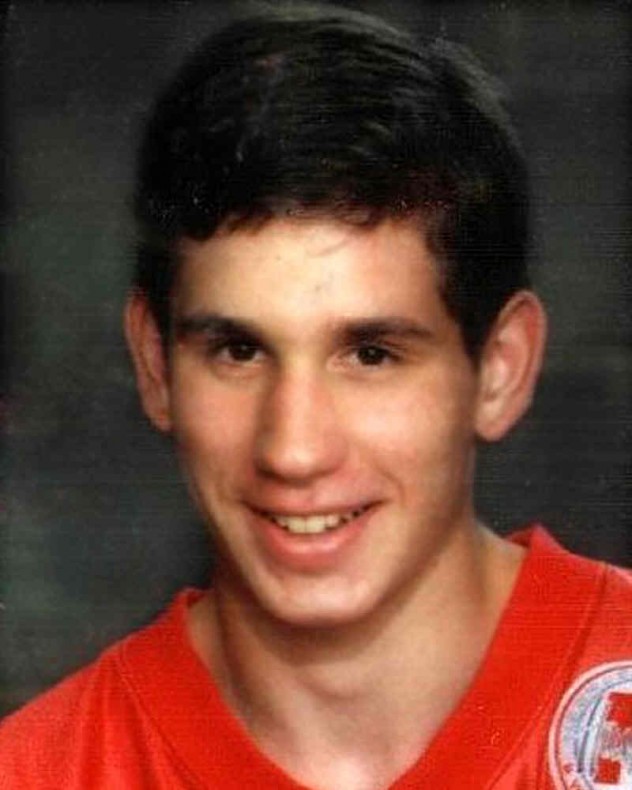 On the morning of June 13, 2001, 19-year-old Jason Jolkowski was called in early to his job in Omaha, Nebraska. He asked a friend to pick him up at a nearby high school, but never showed up.

The last confirmed sighting of Jason was about a half hour before he was supposed to meet his friend, when a neighbor saw Jason carrying trash cans into his garage. Surveillance cameras from the high school show that he never made it there. Jason had no personal problems or reason to disappear on his own, and there is no evidence to suggest what may have happened to him. His fate remains a true unsolved mystery nearly 12 years later.

In 2003, Jim and Kelly Jolkowski memorialized their son by founding Project Jason, a non-profit organization that has become one of the most prominent resources for the families of missing persons.

On July 30, 1985, eight-year-old Nicole Morin left her mother’s penthouse apartment at the West Mall apartment building in Toronto, Ontario. After picking up the mail from the lobby at 10:30 AM that morning, Nicole made plans to go swimming with her friend in the building’s pool. She said goodbye to her mother and left the apartment, but 15 minutes later, her friend buzzed the apartment again to ask why Nicole hadn’t arrived.

Nicole’s disappearance led to one of the largest police investigations in Toronto’s history, but they could find no trace of her. The most likely theory was that someone could have abducted Nicole right after she left her apartment, but the building was 20 stories high, so it would have been very difficult to get her out of there undetected. One tenant did say they saw Nicole make it to the elevator, but no one else reported hearing or seeing anything. Nearly 30 years later, authorities have still never turned up any solid evidence to determine what happened to Nicole Morin.

Robin Warder is a budding Canadian screenwriter who has used his encyclopedic movie knowledge to publish numerous articles at Cracked.com. He is also the co-owner of a pop culture website called The Back Row and recently worked on a sci-fi short film called “Jet Ranger of Another Tomorrow.” Feel free to contact him here.