Everyone’s heard of gangs like the Triads, Yakuza, the Mexican cartels, or the Bloods and the Crips. Even fictional gangs like The Warriors and Crazy 88 have received attention. Some people call such groups of young, violent men a symbol of social decay as the modern world of video games, violent movies, and music eats away at our values—but we’ve had gangs like this for a long time. Gangs like . . . 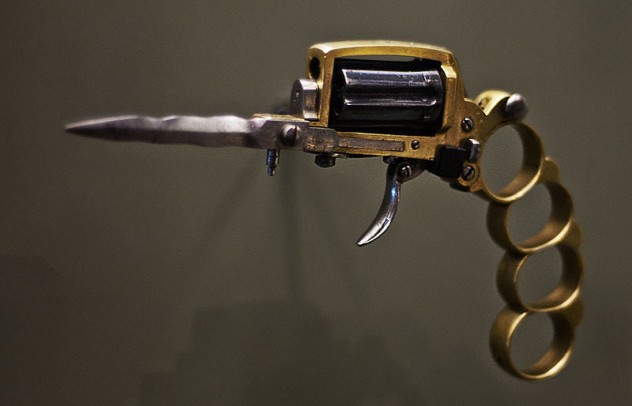 Les Apaches were a French street gang that operated in turn-of-the-century Paris before the advent of World War I. They were called Apaches because they were so ferocious during attacks that a policeman, upon hearing of their crimes, exclaimed that they were as vicious as Apache warriors.

They were stylishly dressed, looking like old-timey French hipsters with fancy, striped shirts and berets, creating their own distinct style that would catch on and end up becoming popular in Bohemian circles. But they weren’t just fashion victims—they could actually fight. They practiced their own down-and-dirty martial art called “savate.” This was a fighting style that relied upon kicks and open-handed punches. A group of Apaches would mug Parisian gentlemen with a combination of savate and great numbers creating such a fear in Paris that the upper classes also picked up on it to protect themselves from constant Apache attacks. But it’s not like the Apaches needed martial arts to protect themselves: they had a very specialized weapon that would make James Bond jealous. The Apache pistol also functioned as a knife and folded into a pair of brass knuckles. As you can see, the Apaches didn’t just believe in overkill. They believed in over-overkill. 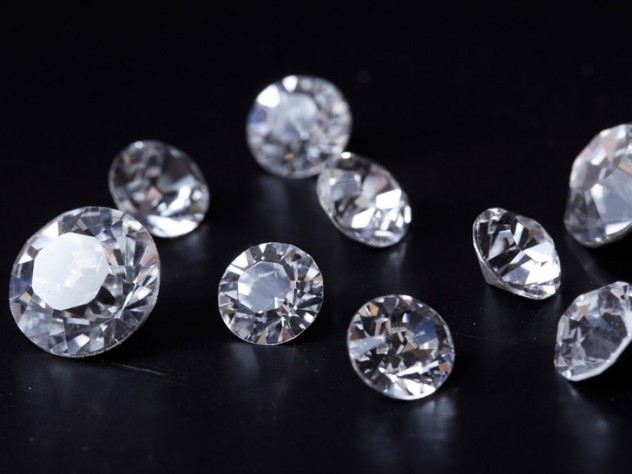 What distinguishes the Forty Elephants gang from the other gangs on our list is that it was entirely female. Before feminism existed, these gals took advantage of the patronizing sexism of the age that meant women were afforded extreme levels of privacy while shopping. It only took a few of these ladies working together to practically strip a store clean of clothing, jewelry, and other loot during a shoplifting spree. The gang operated from some point after the late 1700s right up until the 1950s, mostly targeting areas around London. The most impressive thing about this gang is that men had a completely subservient role within their hierarchy. Their leader was a woman called Maggie Hill who was as deadly as she was pretty—she wore diamond-studded rings like brass knuckles in case things got messy and she had to start swinging her fists.

8 The Know-Nothings (aka The Bloody Tubs) 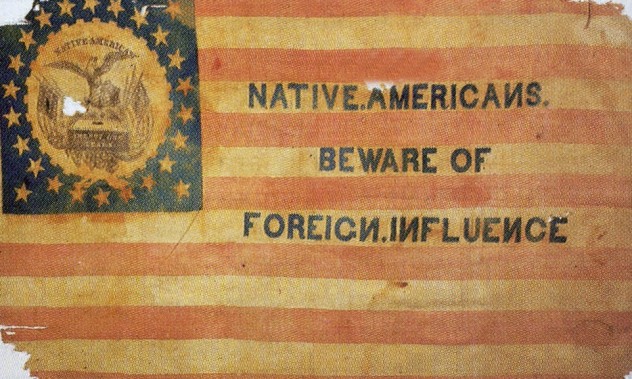 The Know-Nothings were a group of toughs from Civil War-era Baltimore who fought for something more terrifying than drugs or territory: politics. Working on behalf of nativists (politicians opposed to immigrants), they intimidated people into voting for the candidates they endorsed.

The Know-Nothings got their name from the politicians they supported, who always exclaimed “I know nothing!” when quizzed about the gang. They would block voting booths, stab voters with awls, beat people up, and dunk them into vats full of blood (which earned them their other name “The Bloody Tubs”). They even rounded up voters and kept them in dank basements until they voted the way the Know-Nothings told them to. One of the voters unfortunate enough to receive this treatment was Edgar Allen Poe, who turned ill a few days later and died. They also fought with volunteer firefighters for control of fire hydrants during fires, causing bloody riots while houses burned to the ground. All in all, a nasty bunch. 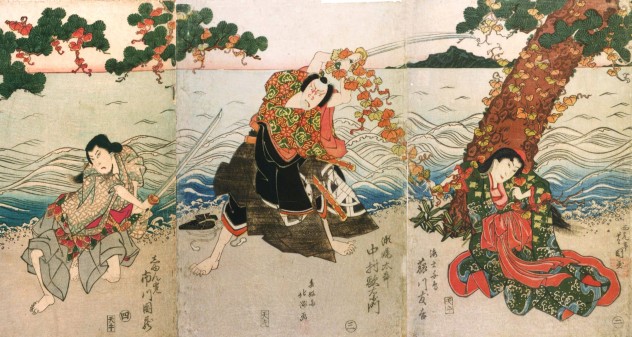 The Kabukimono (“crazy ones”) are what became of lordless samurai who formed into drunken gangs of what can only be described as feudal Japanese glam rockers. They were mostly heavily armed, disenchanted teenagers who wore women’s clothes and makeup and had their own slang and long hair—sometimes styled ridiculously. Just imagine roving gangs of them, trained to kill, armed with the sharpest swords ever invented—if you have pee in your pants, you’re getting the picture.

Although they looked ridiculous, they were actually deadly—drunkenly dueling in the streets with their swords, committing petty crimes, and generally not caring about anything, having now become wandering gangs of hooligans. Their motto was “I have lived too long!” which paints a pretty clear picture of how much fear the Kabukimono had of the rule of law: zero . Also, there’s a theory floating around that they may have eventually became the yakuza, although modern yakuza don’t really like to equate themselves with the sort of guys who might go to a My Chemical Romance concert (we’re too afraid of the yakuza to press the issue). 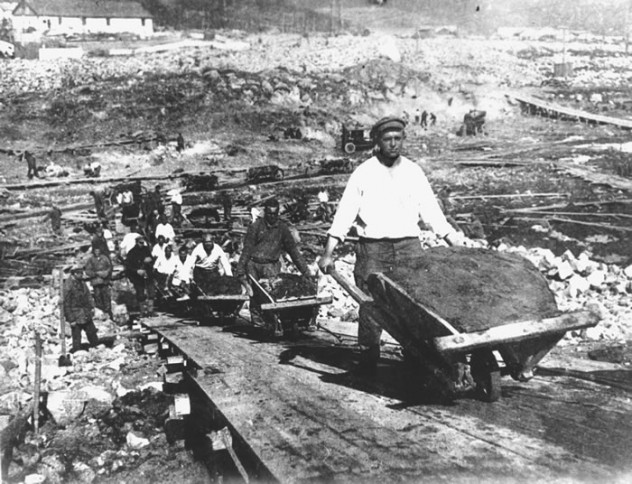 The Vorovsky Mir (“thieves in law”) were formed in the gulags of Soviet Russia as collections of thieves, bandits, and murderers who banded together for mutual protection. They had little love for the short-sighted and brutal regime that created them, and in a kind of wacky echo of the Communist ideal, they created their own criminal code that they each vowed to uphold. If members broke this code, they were put on trial by the gang.

The Vorovsky Mir identified each other with elaborate tattoos, a tradition that still exists today in Russian organized crime (as in the film Eastern Promises). Because it was hard to get certain luxury items before the fall of the Berlin Wall, the Vorovsky Mir thrived on smuggling, bringing in clothes and food to Russia. They were so successful that they’ve survived to the present day—in a fashion—eventually evolving into the Russian mafia. 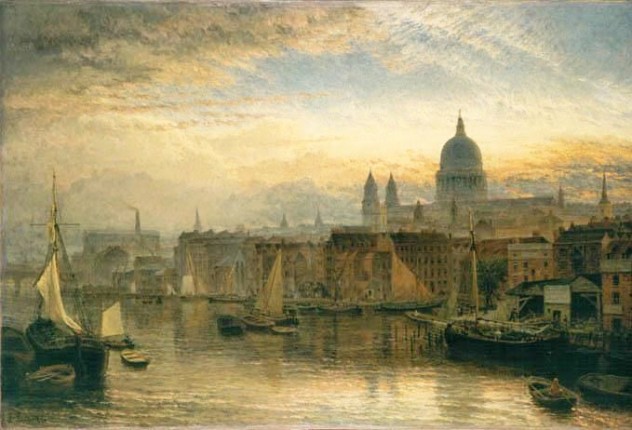 Like Les Apaches, this London-based gang from the 18th century also modeled themselves after a Native American tribe and are the sort of gang you only expect to find in movies and nightmares. After a delegation of Native Americans arrived in London to visit the Queen, they created such a stir that a youth gang was formed in their honor who called themselves “mohocks.” They assaulted people at night, slashing and disfiguring their faces, cutting their noses off with knives, beating people up, and even stuffing women into barrels and rolling them down hills.

This was all the more shocking to 18th-century London when rumors that the Mohocks were upper-class youth started going around. This caused moral panic among the lower classes (which mistrusted the gentrified rich folks of London) and plain old fear among the higher classes. And it’s not surprising people were scared. The Mohocks had a habit of getting drunk and creating huge riots. They would attack pedestrians willy-nilly, disfiguring their faces for no real reason, Clockwork Orange-style, gouging out people’s eyes and stabbing them with swords. 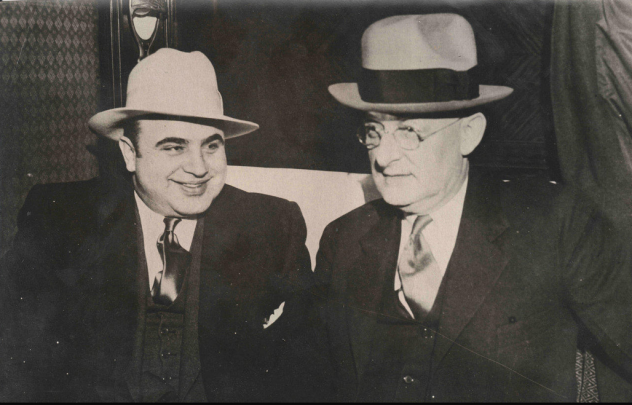 The Five Points gang was a pre-Prohibition Italian-American New York gang, operating from the mid-19th to the early 20th century from the Five Points district of Manhattan. Al Capone was a member at one point before he went on to bigger and more horrible things. In fact, he received the facial scar which gave him the nickname “Scarface” during a bar fight while serving in the Five Points gang.

And although it was the Mafia who would later go on to popularize the image of the Italian gangster in an expensive designer suit, it was the Five Points gang that was the first to require that all members dressed sharply. They rose to prominence as the worst gang in New York, and possibly the whole of America, with even the Mafia poaching members from them. 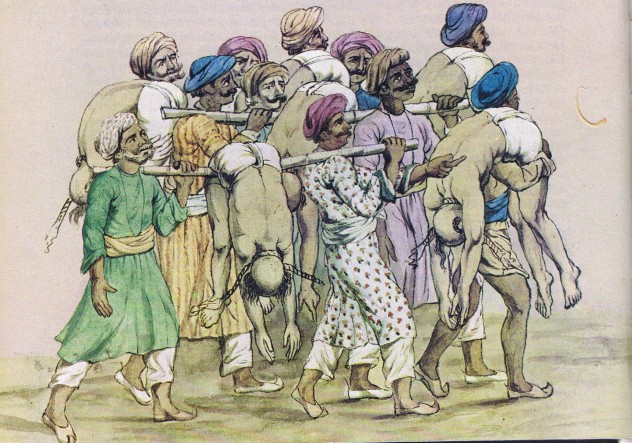 The Thuggee of 1800s India were a gang of killers, robbers, and assassins who were as deadly and shadowy as ninjas. They left such an impact with their activities that the word “thug” literally derives from them, and they operated with such brutality that they put the Mafia to shame with a Guinness World Record for highest gang death toll (yes there is a record for that, apparently). Every member gave the appearance of being a law-abiding citizen, even telling their wives that they were traveling tradespeople in order to explain their various murderous commutes.

Admittance into the gang was hereditary. So, if your father was a Thuggee, you had to join the family business: murder. The Thuggee chose their victims almost at random, following certain signs that they believed were left by Kali, the goddess of death. They would then befriend the victim and travel with them until the time was right. One of them would say the code words “Bring the tobacco” and the Thuggee would strangle their victim to death and rob them. 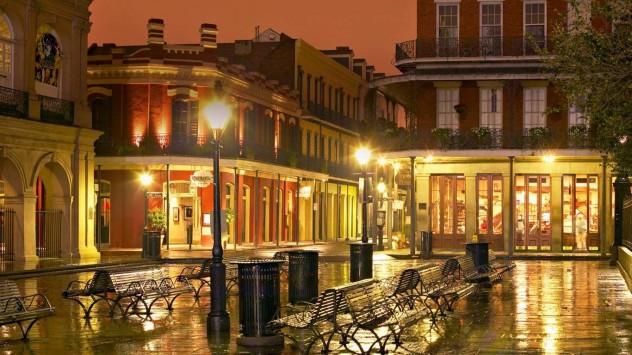 The Live Oak Boys were a New Orleans group of nasties from the mid-19th century that managed to terrify a city that was already terrified enough. Around this time, cops would only travel in large groups—and even then only during the day and armed to the teeth. And it’s little wonder why. The Live Oak Boys carried the oak clubs they were named after, which they used to spread pandemonium by attacking local bars and saloons and smashing them to pieces. If the proprietor was smart, he would disappear when he saw them coming; if he wasn’t smart he would likely soon be dead.

The Live Oak Boys would usually do this because a rival proprietor had paid them to put a competitor out of business. Of course, sometimes they did it just because they were bored. The leader of the gang was a man named Red Bill Wilson, whose beard was so manly that it was able hold a hidden knife in case of emergencies. We like to imagine that if he and the Forty Elephants leader met up, they’d instantly start dating. 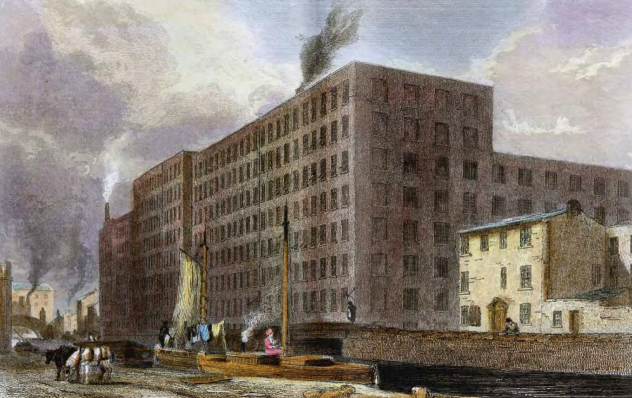 “Scuttlers” is a collective term for the gangs of youths who terrorized Manchester, England, in the 19th century. Each subset came from a different area of the city, which sub-groups of Scuttlers would name themselves after. Scuttlers usually fought among themselves for territory with bottles, knives, sticks, and iron bars. But not over money or drugs or anything else—just to control streets that were probably identical to the ones they already controlled.

They even looked like your average street gang with their own distinctive dress code: scarves and peaked caps on bald heads, shaved around a fringe that came down over one’s left eye. And in case you’re thinking that they don’t sound too bad—like average, yet rough teenagers—maybe you’ll change your mind. They were so hooligan-ish that the term “hooligan” was essentially coined for them, and the Scuttlers absolutely went to war when they got worked up. They went to war in force, with up to 600 of them all fighting for control of a street, avenue, or corner while business owners and householders barricaded themselves inside in fear.

Aaron has also written some articles for Cracked.com and his own blog where he writes about movies: Zombie Want Pizza.