We’ve all seen Linda Blair in The Exorcist, turning her head like a spinning top, speaking in more tongues than a polyglot at a United Nations conference. But for some, the banishment of an unseen spirit from a human host isn’t just the stuff of horror movies—it’s real life. 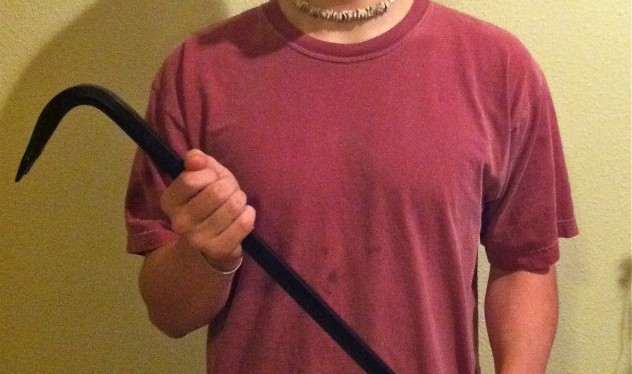 In 2005, Patricia Alvez was sentenced to 10 years in prison for the murder of Kamille Seenauth in Georgetown, Guyana. Alves ran a “Spirit Church” and many people, mostly women, would come to her for African- or Hindu-style exorcisms. During these exorcisms, prayers and ritual beatings were often used to drive off the invading spirits.

However, when Kamille Senauth came asking for exorcism, Alves beat her with an iron bar until she died from her injuries. She buried the body to hide her mistake, but neighbors alerted the police after seeing a foot sticking out of a mound of earth in her backyard.

9Unnamed Teenager At The Vatican 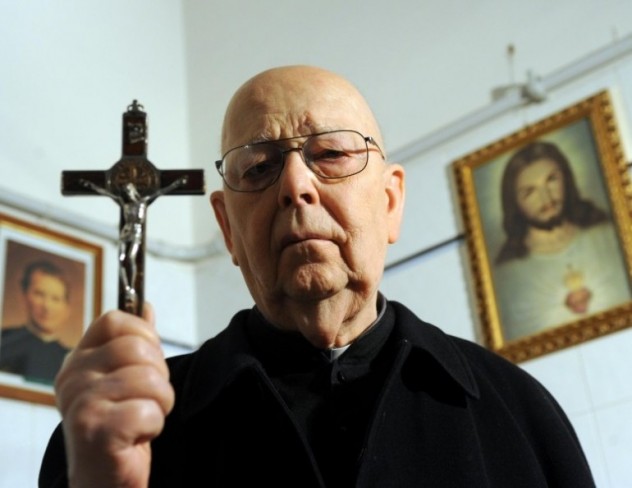 Father Gabriele Amorth is the official exorcist for the Diocese of Rome. He claims to have performed over 160,000 exorcisms. But none were bigger than the exorcism he alleges took place within the walls of the Vatican in the year 2000—aided by none other than Pope John Paul II himself.

The exorcism was carried out on a 19-year-old girl after she started to belch insults during an audience with the Pope. The Pope allegedly sat with the girl for half an hour. However, according to Amorth (a self-proclaimed “Satan-buster”) the girl remained possessed and the demon within even had the chutzpah to mutter “not even the head of the church can send me away” as the Pope walked off, defeated. 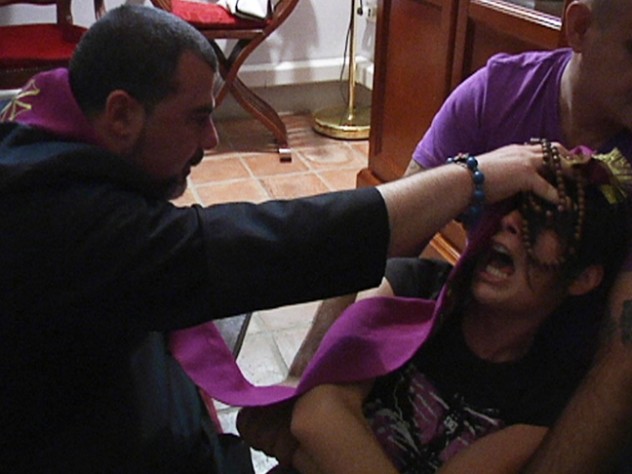 In 2007, in New Zealand, a young girl named Janet Moses died from drowning while members of her own family poured water down her throat. Nine people were charged with manslaughter—but this was no usual case. Moses was killed when a Maori exorcism ceremony called “makutu” went horribly wrong. After failing to lift the curse with incantations (“karakia” in the Maori tongue) her family resorted to throwing water in the girl’s face. The ceremony lasted for three days, during which time so much water was used it flooded the kitchen.

There are conflicting stories concerning where the “evil spirit” came from. One source says the symptoms of possession materialized shortly after her grandmother passed away. Another says that a Maori elder—known as a “kaumatua”––warned the family that until the stone lion stolen by Moses’s sister was returned to a nearby pub, her sister would remain possessed. Although the lion was replaced the young girl continued to act strangely, which led to the performance of the exorcism and, tragically, the young girl’s death. 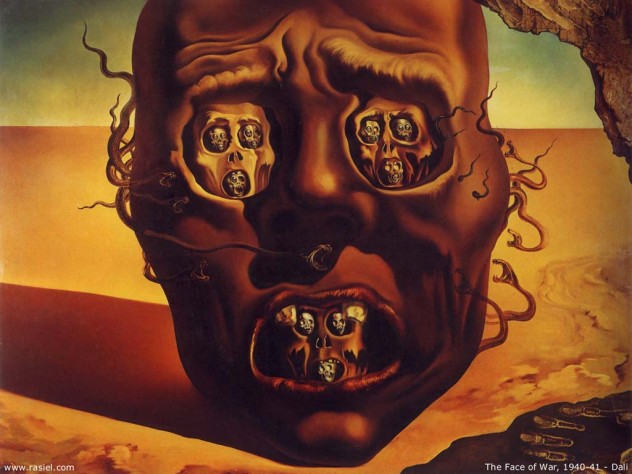 Legend has it that the famous artist Salvador Dali underwent an exorcism performed by his close friend Gabriele Maria Berardi. The friar died in 1984, and among his belongings there was a sculpture of Christ on the cross. Before he died, Berardi told his friends that Dali had given that cross to him as thanks for performing the exorcism on him. Two art experts have credited Dali with the artwork. However, there are no other records substantiating the event.

The two met in France in the 1940s after Berardi had been excommunicated from his religious order. The alleged exorcism took place in 1947.

In 2005, 23-year-old Maricia Irina Cornici turned up at a remote Romanian Orthodox monastery in Tanacu to visit her brother. She was quickly welcomed into the fold, but then started to giggle during Mass. Eventually, doctors at a local psychiatric hospital diagnosed Cornici with schizophrenia. But for the monastery’s devout priest, Father Corogeanu, that wasn’t enough: He and numerous nuns in the convent claimed she was possessed, chained her to a cross, and gagged her with a towel, all in the hope of driving Satan out. She was left in isolation for three whole days in a freezing cold room in the convent until she died.

In the days that followed, a nun called the police, and Father Corogeanu and four nuns were eventually charged with imprisonment leading to death. Father Corogeanu was quoted as saying: “You can’t take the Devil out of people with pills.” He was sentenced to 14 years in prison and the monastery was shut down by the Orthodox Church. 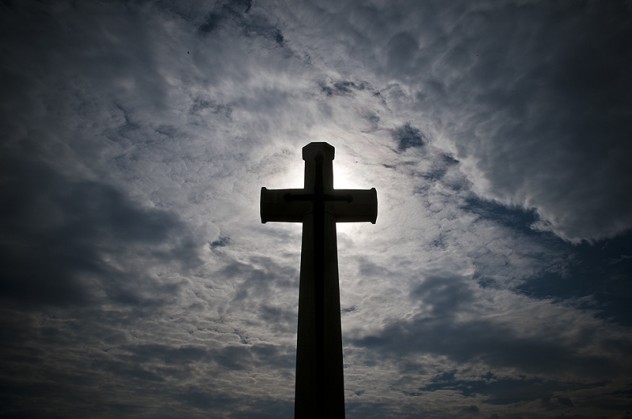 Michael Taylor, from the English town of Ossett, was a member of the local Christian Fellowship Group. In 1974, Taylor started to behave oddly toward the leader of the group, Marie Robinson. He was aggressive and often angry for no apparent reason. As the months went by, Taylor finally admitted that he felt the Devil inside him. Eventually, the local vicar intervened and decided to perform an exorcism on Taylor. The all-night session was thought to be a success, casting a total of 40 demons from him.

Sadly, the story doesn’t end there. Taylor no longer believed he was possessed, but he was convinced his 29-year-old wife was. That night he brutally murdered her, tearing out her eyes and tongue. He then ran into the street naked and covered in blood, shouting, “It is the blood of Satan.” Taylor was cleared of his wife’s murder by reason of insanity, but ordered to spend two years in Broadmoor, the high-security psychiatric hospital. 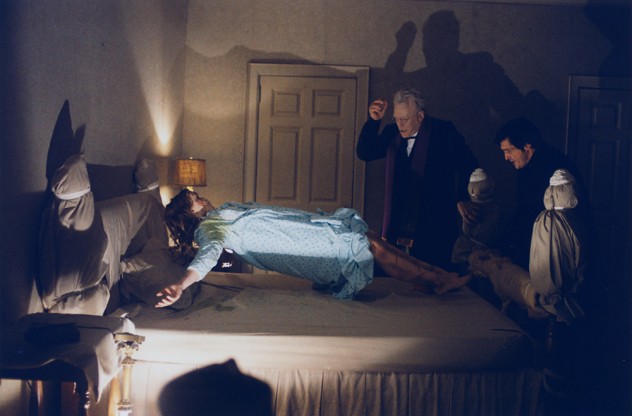 In 1906 in Umzinto, South Africa, an odd confession was heard by Father Erasmus Horner. Clara Germana Cele, a Catholic and member of the Marianhill mission, told Father Horner that she’d made a pact with the Devil. Cole had lived in the mission since the age of four. The Father dismissed the girl’s claims, but Cole soon started behaving oddly. She would rip off her clothes, growl, talk to imaginary friends using languages she’d never known before, violently fling nuns across the room, and let out terrible screams that one nun described as sounding like “a veritable herd of wild beasts orchestrated by Satan.” She also bit a nun, leaving behind marks similar to those of a serpent.

Father Horner relented and performed an exorcism. He was successful in driving the evil spirit from Cole. The demon announced he’d leave Clara’s body after levitation and, right on cue, Clara levitated and the demon departed. The demon returned in January 1907, but was driven out once more, never to return. 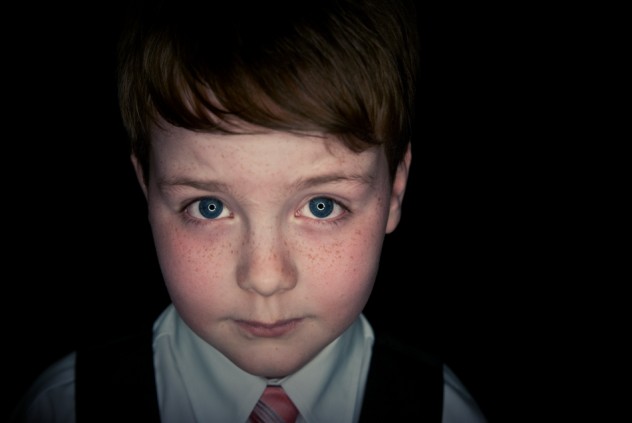 The exorcism of 13-year-old Robbie Mannheim, or Roland Doe, was the inspiration for classic movie The Exorcist. The real event took place in 1949. Robbie was supposedly possessed after using a Ouija board during the months following his aunt’s death. After a series of unexplained, supposedly supernatural happenings, Robbie’s family asked Reverend Luther Miles Schulze to observe the child.

Over the period of one night, Schulze witnessed the child’s bed vibrate, watched a large armchair turn on its side, and heard scratching sounds on the room’s walls. He referred the case to Father Edward Hughes, who performed an exorcism on Robbie. During the exorcism, Robbie pulled a spring from the bed (a mind-bending feat alone) and stabbed the priest with it. Hughes needed well over 100 stitches to heal the gash. After a period of some respite, the boy underwent a second exorcism in St. Louis that lasted six weeks. According to witnesses, the bed shook and objects were thrown about the room. Eventually, Robbie came out the other end unscathed and went on to have a relatively normal life, marrying, having children, and becoming a grandfather.

The book Begone Satan by German author Reverend Carl Vogl discusses the possession of Anna Ecklund at the turn of the 20th century. Ecklund was born in Iowa in 1882 and raised as a Catholic. The possession alarm bells started to ring when Ecklund developed a repulsion for holy objects, refused to enter church, and starting talking about lewd sexual acts—all at the age of 14. She was sent to stay with her Aunt Mina, a woman suspected of being a witch. Many believed Mina advanced Ecklund’s possession by doctoring her food with certain herbs. Father Theophilus Riesinger, a Capuchin monk from Wisconsin, administered the first exorcism in 1912. However, Ecklund became possessed again in 1928, nearly two decades after the first exorcism.

Again, Father Theophilus performed the ritual, using a nearby convent owned by Franciscan nuns. Ecklund refused the blessed food offered to her and hissed like a cat. The exorcism lasted 23 days, during which the girl was so strong that she had to be held down by six nuns. She also spoke without moving her lips, urinated “buckets,” insulted and taunted the nuns about their personal lives, and predicted (incorrectly) that one of the priests present would die in a car accident. The exorcism was a success: On the morning of December 23, 1928, the possession of Anna Ecklund had finally passed. 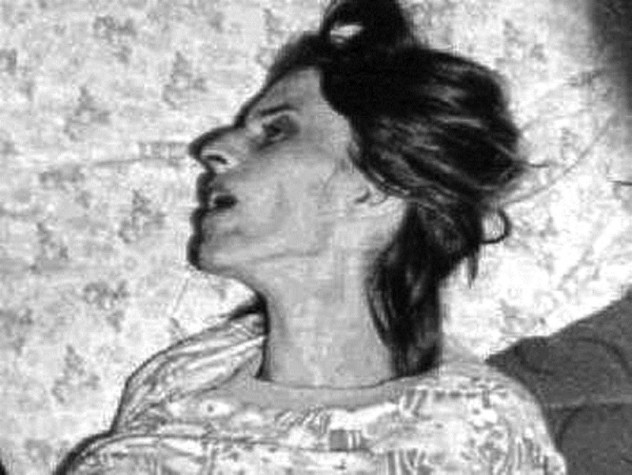 Hailing from Klingenberg, Germany, Anneliese wasn’t your typical young person. The Michel family were an obsessive, highly devoted, and incredibly strict Catholic family. This was the 1960s, and while many of Anneliese’s friends were out drinking and pushing the boundaries of society, she was sleeping on a cold stone floor paying penance for the sins of her mother (Anna Michel had given birth to an illegitimate daughter in the 1950s).

At the age of 17, Anneliese suffered from convulsions. Although diagnosed with grand mal epilepsy, some of her symptoms couldn’t be explained, like the auditory hallucinations she would experience while praying. These hallucinations told her she was “damned” and that she would “rot in hell.” By 1973 she was suffering from severe depression, and although she requested an exorcism on two separate accounts from the local priest, she was twice denied.

Things rapidly escalated. Anneliese would perform 600 genuflections a day (bending her knees to the ground, which resulted in the rupturing of her knee ligaments). She barked like a dog for two days, ate spiders, licked up her own urine, and bit the head off a dead bird. Anneliese was showing signs of schizophrenia, but she and her family refused medical intervention. Instead, in 1975, Anneliese requested another exorcism and the Bishop of Wurzburg accepted her request.

A local priest soon suggested that Anneliese was possessed by six demonic spirits, including Lucifer, Judas Iscariot, Nero, Cain, and Adolf Hitler. She was subjected to 67 rites of exorcism over nine months. She eventually died in 1976 due to self-imposed starvation—a desperate bid to free herself from Satan’s grasp. Her last words were “Mother, I’m afraid.”

Anneliese’s parents were put on trial for their daughter’s murder and, along with the two rural priests who performed the exorcism, were found guilty of negligent homicide. All four were given suspended sentences of six months in prison and three years’ probation. Her mother has gone on record as saying that she doesn’t regret her actions and believed her daughter had to be exorcised as she was “bearing stigmata and that was a sign from God.” She also stated that Anneliese “died to save other lost souls, to atone for their sins.”

The movie The Exorcism of Emily Rose is loosely based on Anneliese’s story. You can listen to an audio recording of the exorcism here.