Poverty, fascism, the cast of Jersey Shore: There are plenty of things in our world that deserve all the hatred they get. However, there are also plenty that don’t. As much as we like to consider ourselves rational, intelligent creatures, the simple fact is that many of our biggest rage targets are irrational at best and completely ridiculous at worst. Targets like . . . 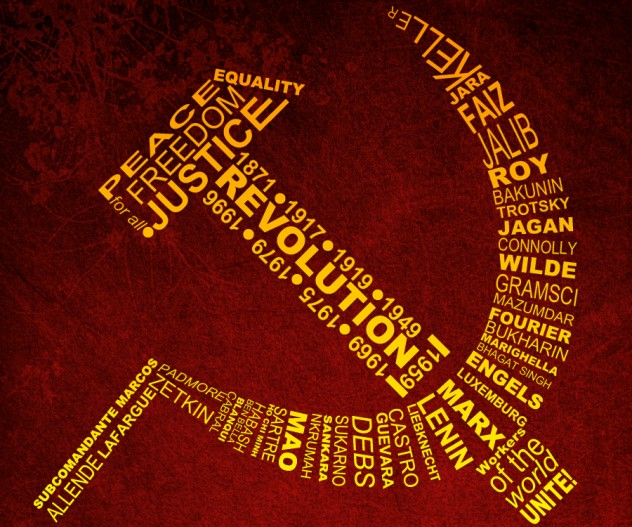 In the US, “socialist” is used almost exclusively as an insult. Politicians across the board run in fear from it, and why wouldn’t they? Lenin, Stalin, Mao, Kim Jong-Un—just about every real-life socialist leader has been a tyrant, right?

Well, to put it bluntly: no. The thing is, socialism is a broad church and—like any church—has people who put its basic tenets into practice in wildly different ways. So while Lenin may have followed Marx’s “socialism plus” plan to arrive at Russian Communism, Scandinavia went the other way—winding up with the socialism-equivalent of Pepsi Max. And this “diet socialism” has been a resounding success: Scandinavian countries that follow the model have better schools, better healthcare, and less violence than just about anywhere else. They also don’t undertake vast surveillance operations against their own citizens, unlike the former USSR (or, y’know, modern-day America). In other words, their vision of “socialism” kind of rocks—which isn’t to say it should necessarily be imported to America, only that the people who use the phrase as an insult are uneducated. 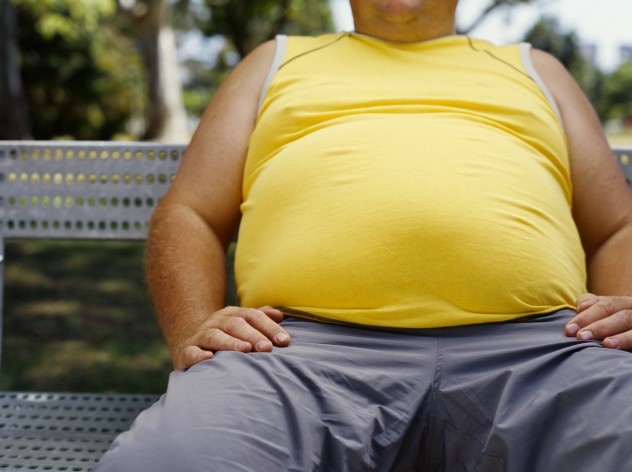 You’ve probably noticed that the Internet doesn’t like fat people. Put “fat person” into YouTube and you’ll uncover a treasure trove of covert videos mocking people who dare to go out in public with a plus-size waist. Even someone like Kevin Smith, who (A) isn’t that fat, and (B) made some killer films, gets routinely pilloried for his weight. Aside from being rude, this should also be impossible: CDC figures put the number of overweight adult Americans at seven out of 10, with the UK faring little better. To put it bluntly, we’re all so morbidly obese that it should be the skinny minority who live in fear of our mocking, jowly laughter, yet hatred of fat people is so ingrained that we even subconsciously convict defendants on the basis of their waistline. Take a second to read that last sentence again, and then try and tell me our species isn’t doomed. 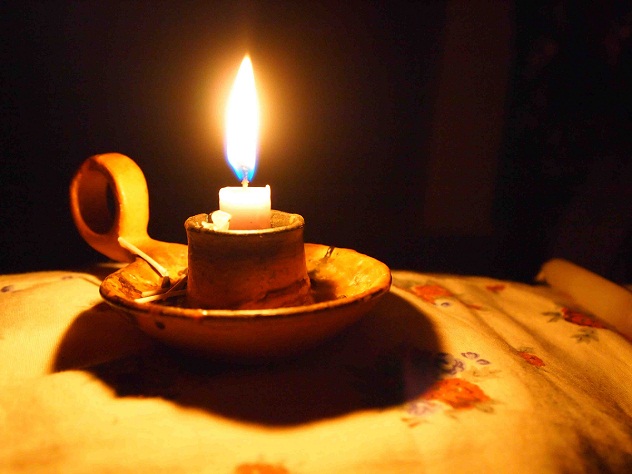 I’m going to go out on a limb here and say not everyone spends their days cursing the historical Luddites and their objection to textile machinery. That being said, most of us have probably used the term disparagingly at some point or another—despite it being totally unfair.

See, in spite of their reputation, the original Luddites were not opposed to technology. What they were opposed to was technology specifically created to throw them out of a job in the midst of an economic slump. (Sort of like how you’d be understandably pissed if your boss fired you because they’d built a robot that could spend all day reading list articles when it’s meant to be working.)

In short, these guys were suddenly made destitute, at a time when that meant family breakup and a trip to the poorhouse. Bear in mind that they weren’t unskilled laborers. They’d spent years doing the “right” thing—learning a craft and working their way up the ladder—only to be dropped and told their job no longer existed. Anyone would be tempted to smash stuff up in those circumstances, which is why using their name nowadays to denote idiots scared of Internet Explorer seems a little unfair. 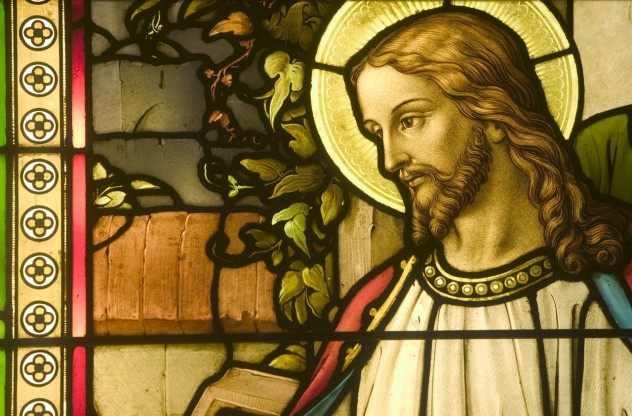 Just like any religion, Christianity has its idiot extremists. And if someone wants to protest long and loud against doofuses like Fred Phelps then that’s fine by me. But much “progressive” discourse on Christians tends to be anything but, painting them all as backward fundamentalists too busy burning Korans to learn about stuff like “evolution.” Well, guess what? Shockingly, Christians are real people, too—and are capable of being just as dumb or sensible as any of us.

Take the issue of gay marriage: Polls consistently show that over one-half of all US Catholics and white Protestants (and 40 percent of African-American Protestants) support two guys getting hitched. Or how about abortion? In the US, Catholics are more likely to describe themselves as “pro-choice” than “pro-life.” As for evolution, again, over 50 percent of Catholics and mainstream Protestants believe Darwin was right. In other words, Christians are just as capable of being progressive as the most rabid Dawkins-worshiper, despite what the “New Atheism”–types might tell you. The crazy ones just make for better TV ratings. 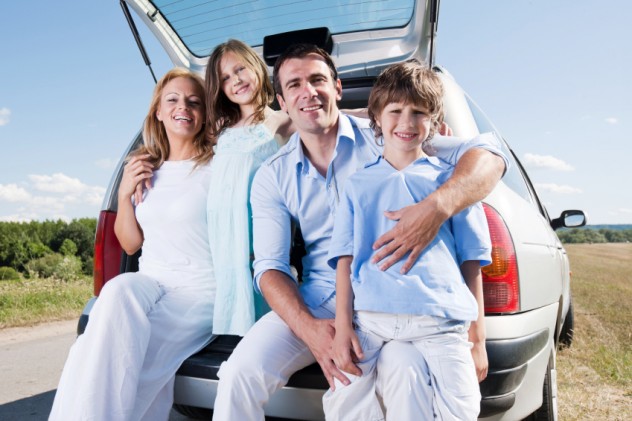 Except for the tiny minority who are having this read to them by their butlers, most of us are probably in the middle class. In America, more people identify as middle-class than any other category, and in parts of Europe, the middle class can make up to as much as 97 percent of the population. Yet the middle class takes an unbelievable amount of flak: from TV, from novelists, and from outright academics. Try and name a single movie set in the suburbs that doesn’t feature alcoholism, rampant drug addiction, tangled sex lives, or some sort of hulking, clumsy metaphor about conformity. In Europe it’s even worse. Highly paid journalists continue to pull down hefty paychecks by flaunting their anti-bourgeoisie credentials. Yet an inclusive, vibrant middle class has historically been good for, well, everyone. Boring as they are, the sheltered lives of the suburban middle class is literally the only thing standing between us all and economic Armageddon. 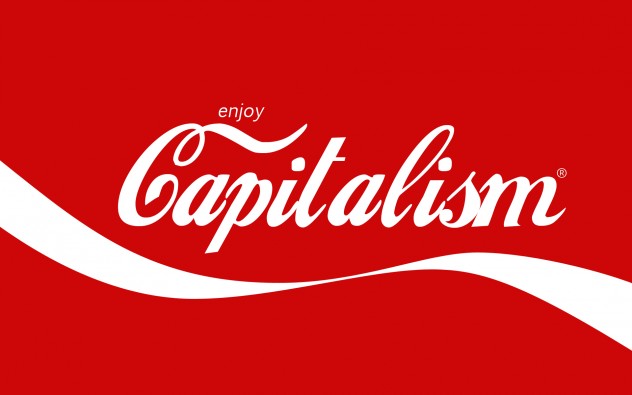 For all its myriad faults, capitalism has done more for us than its current reputation would suggest. Don’t believe me? Then I can only assume you’re reading this on a piece of parchment in your 17th-century peasant’s hut, wondering when they’ll get around to curing smallpox. The fact is, capitalism is responsible for almost every single awesome thing you take for granted—from the shiny iWhatsit you’re reading this on, to your car, to the fact that you can choose to eat whatever you want for breakfast each morning. Even your (hopefully) good health is the result of pharmaceutical companies working hard to eradicate diseases in the hope of making a quick buck. Wipe capitalism out of history and you wash away many of the greatest advances humankind made.

That’s not to say there’s nothing wrong with it. Rich Western companies prey on poorer nations, concentrations of money damage the democratic process and the idea of infinite growth is objectively stupid. However, it is totally possible to belittle something’s problems while recognizing its manifold achievements—and that’s what we should be doing here. 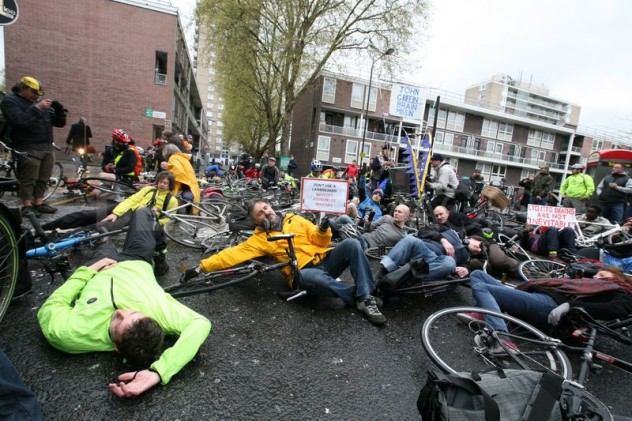 If you live in a city with a sizable student population, you’ve probably encountered cyclist hate. Simply Google the words “cyclist hate” and you’ll find article after article on why people who prefer two wheels deserve to be crushed to death under 18 of them. Even The Guardian—the most politically correct, inoffensive paper in the world—published this article, equating cycling to supporting South African apartheid. In short, the hatred for cyclists is almost equal to that for Nazi war criminals—and that hatred has real-world consequences.

Take the English woman who ran over a cyclist, stopping only to send a triumphant tweet before speeding off. Or how about this idiot, who saw a guy cycling past and decided it was his duty to stop and beat the crap out of him? This might be somewhat understandable if cyclists were responsible for all the road accidents instead of only about half. According to the BBC, drivers and cyclists as a group share equal responsibility for crashes. The only difference is that the guy on the bike is more likely to wind up dead. 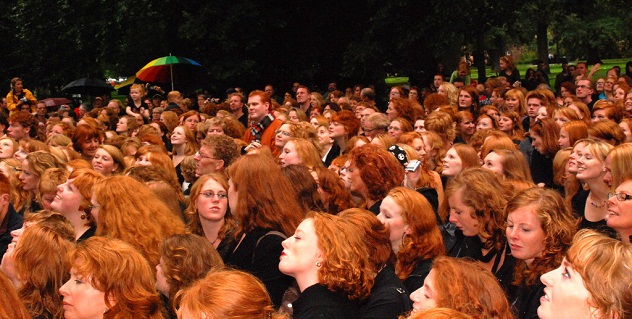 If you had to grow up ginger in the UK, you already know it’s one of the last acceptable prejudices. British redheads are taunted, spat on, and bullied in a way that would be considered a hate crime if it targeted anyone else. If that sounds melodramatic, you should take a look at this depressing article. Basically, it’s a litany of people who’ve been attacked, hospitalized, or even murdered for having red hair—including a 23-year-old who had his jaw broken and a man who was stabbed for no reason at all. To make it all doubly ridiculous, no one’s really sure where this visceral hatred comes from. Some think its leftover anti-Irish sentiment from the 19th century, but the majority consensus appears to be “no clue in the world.” So, to recap, here we have a group of people exactly like every other group of people, only with hair that is a different color than everyone else’s (also differently colored) hair. And that makes it okay to stab them, apparently. 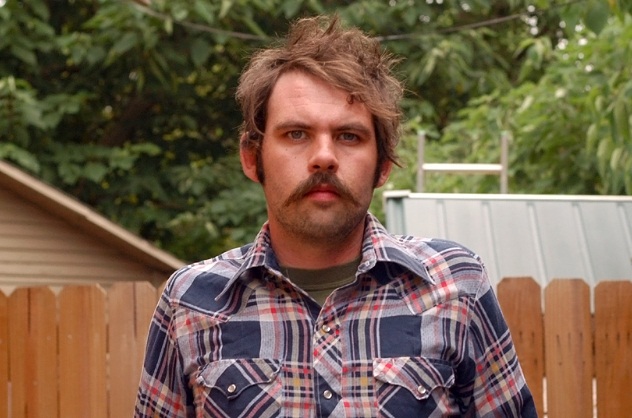 There’s no doubt about it: Hipsters are annoying. Smug, mustachioed, and practically dripping superiority, they seem like the perfect hate figure—eminently unlikable and too cool to care that you hate them. They also have an irritating habit of taking over old working-class districts, forcing up prices, and opening new artisan bakeries that attract even more hipsters—creating a perfect storm of trust-fund insanity.

Now, I don’t deny that any of this is true. Nor do I think many hipsters honestly care about a lowly list-writer leaping to their defense. But I also don’t think the hatred is justified. Take the myth of hipsters ruining working-class areas: Hipster migration to Detroit has been just about the only beneficial thing to happen to the city in the last 20 years. In London, an influx of rich young posers has transformed a stretch of road once known as “Murder Mile” into the sort of place where you can safely go out at night without a machine gun. For all people like to moan about hipster cafes, cycle shops, and so on, ask yourself this: Would you really rather be living next door to the sort of guy who waxes his mustache, or the sort of guy who’d stab you for looking at him the wrong way? As someone who’s lived next door to both, I’m telling you right now it’s the mustache guy—and that right there is why I’m cool with hipsters, whatever their faults.