Patient violence against doctors has always existed and is on the rise. In a 2005 survey, 75 percent of ER doctors reported at least one verbal threat in the previous year. About 30 percent indicated that they had been the victims of a physical assault, and 12 percent had been confronted outside the ER. Approximately 3.5 percent had been stalked.

Of the reported physical assaults, 89 percent were at the hands of a patient. The rest came from patients’ family members or friends. In China, many people are afraid of becoming doctors or frontline medical practitioners because of the threat of violence.

However, the violence against doctors doesn’t always stop at assault. There are also chilling times when patients kill their doctors.

In October 2006, dermatologist David Cornbleet was murdered. According to his family, he was a good, charitable, old-fashioned doctor. He had treated burn victims in New York after 9/11 and patients in Louisiana after Hurricane Katrina.

His daughter Jocelyn was the person who found him dead in his office. It had been a vicious attack with more than 20 stab wounds. A surveillance tape at the office showed the perpetrator, but the person in it could not be identified.

Two months later, there was still no suspect and no arrest. So Cornbleet’s family took matters into their own hands. With the help of Myspace and an anonymous tip from a US Marine, they were able to identify the killer.

He had been one of the doctor’s patients five years earlier. The man blamed his depression and psychosis on the doctor because Cornbleet had prescribed Accutane for the patient’s acne back then.

Fast-forward to 2006. The killer, Hans Peterson, made an appointment with Cornbleet with plans to torture him. But that plan went awry when the 64-year-old doctor fought back. In the end, Peterson stabbed the doctor to death. 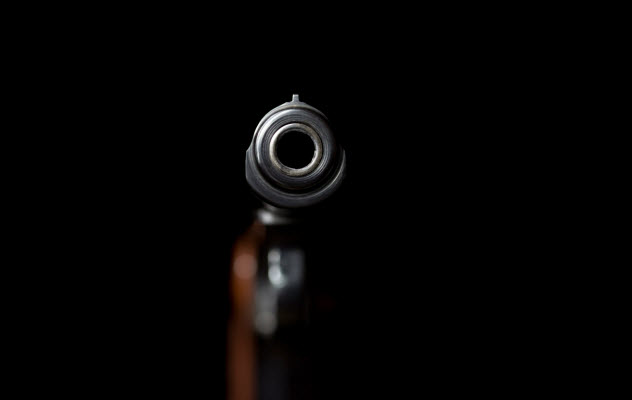 Psychiatrist Mark Lawrence was found dead just a day after he’d voiced concerns about one of his patients to Melvin Stern, his close friend and colleague. Lawrence had said that his patient was becoming paranoid and had recently begun blaming all her problems on him.

Stern advised Lawrence to have the patient get a consultation with a doctor from another practice. Lawrence agreed, but he never got a chance to go through with the plan. Barbara Newman, the patient, fatally shot Lawrence in his home. Then she turned the gun on herself and committed suicide.

His death came as a shock to his family, friends, and colleagues. “He was human, loving, open. He was bright, creative, both in a right-brain and left-brain sense,” Stern said in an interview with The Washington Post. “He was like a brother.”

Cynthia Margolies, another colleague, also echoed that sentiment about Lawrence in The Washington Post. “He had a huge heart,” she said. “He was one of the kindest people ever. He was just uniquely and highly skilled in helping people work in therapy.”

With degrees from Yale and Princeton, Dr. Michael Davidson, 44, held a staff position at the Brigham and Women’s Hospital in Boston as a cardiovascular surgeon. In January 2015, he was shot twice outside his office and died during the surgery to repair his wounds.

The killer was 55-year-old Stephen Pasceri, who committed suicide in an examination room after the murder. Pasceri was frustrated with the US health-care system. His father had died in 2011 after a short stay in the hospital. Pasceri had raised an outcry about it in the media.

Then, two months before the shooting, Pasceri’s mother died. Davidson had been her doctor, and there had allegedly been some complications. Presumably, that was the reason for Pasceri killing Davidson.

In their statement about the slain doctor, the hospital said that Davidson was known for “saving lives and improving the quality of life for every patient he cared for.” 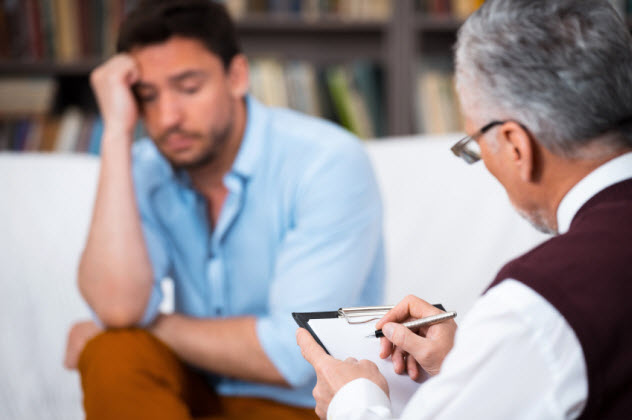 In 2006, Vitali Davydov was charged with first-degree murder in the death of Wayne Fenton, his psychiatrist. Davydov was just 19 years old when he pummeled the doctor to death with his fists. He was meeting with the doctor hastily to discuss treatment for his schizophrenia.

Fenton was a prominent psychiatrist who worked as an associate director of the National Institute of Mental Health. He also maintained a private practice in Bethesda. The exact nature of the conversation between the doctor and his patient are unclear. But it allegedly centered on Fenton’s insistence that Davydov continue to take his medication.

Davydov became agitated and started punching the doctor in the face. When Davydov’s father picked up his son at the office, the father noticed blood on his son’s hands and clothing. The father immediately called 911, but it was too late to save the doctor. Fenton was declared dead at the scene.

Davydov confessed to the crime. He was found guilty but not criminally responsible and was moved to the maximum-security mental hospital in Maryland. Four years after his conviction, Davydov was accused of murdering his roommate in the mental hospital.

In March 2013, Lian Enqing had nasal surgery. Afterward, he complained of respiratory issues and discomfort. Although hospital representatives claimed that the surgery was successful, Lian’s sister said that Lian did not agree and felt cheated.

On October 25, 2013, Lian stabbed three doctors at the hospital in Wenling City. He killed one ENT (ear, nose, and throat) specialist, seriously injured another, and inflicted minor injuries on a third.

Lian was sentenced to death despite his sister’s statement that he was undergoing treatment for persistent delusional disorder at the Shanghai Mental Health Center. The court believed that he fully understood his crime and therefore had the capacity for criminal responsibility.

Lian was executed on May 25, 2015. As a result of the attack, many of the doctor’s coworkers protested outside the hospital, clamoring for stronger safety measures to handle violent patients. 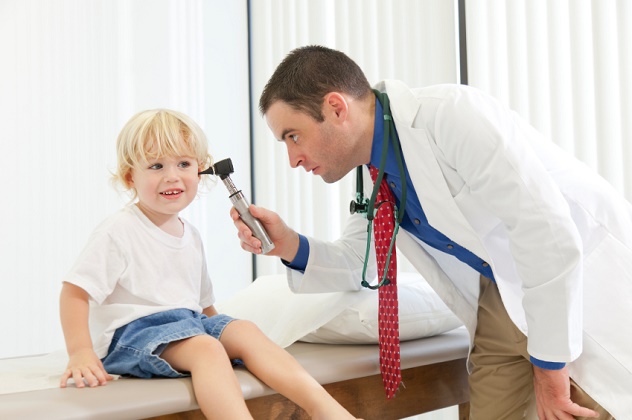 Dr. John Kemink, one of America’s leading otolaryngologists, was slain by a disgruntled patient named Chester Posby. Kemink was shot in the head, shoulder, and abdomen at the University of Michigan Otolaryngology Clinic.

According to the university’s police chief, Posby was a regular patient of Kemink. However, Posby believed that Kemink was conspiring with a Dr. Proctor to perform a deadly brain operation on Posby. He was determined to bring that conspiracy to light.

Posby also believed that Proctor had damaged his “balance nerve.” Furthermore, Kemink had supposedly betrayed Posby by referring him to Proctor in the first place. In court, this “conspiracy” was decided to be a delusional one.

Stanwood Elkus, a retired barber, had undergone prostate surgery in the early 1990s. In a conversation with a friend on January 27, 2013, Elkus said that Dr. Ronald Gilbert, a urologist, had botched this surgery and made his incontinence even worse.

Elkus showed up for an appointment with Gilbert the following day. Elkus had made the appointment under a false name. When Gilbert entered the examination room, Elkus shot the doctor nine times in his torso. Gilbert died instantly.

After the shooting, Elkus allegedly stepped out of the examination room with his gun and said, “Call the police. I’m insane.” The cops arrived about eight minutes after the shooting and arrested him.

In a sad twist, the shooting may have been one of mistaken identity. Gilbert had worked at the hospital when Elkus had his prostate operation, but there were no records of Gilbert participating in the surgery. 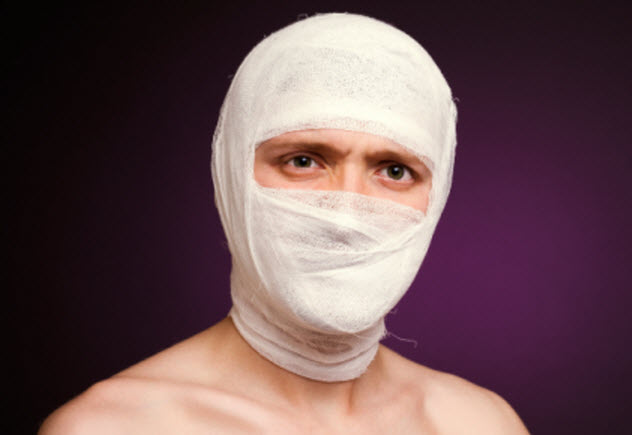 Unhappy with the appearance of his face, Yuri Lebedev had a number of plastic surgeries on his nose and one on his ears. But he was always dissatisfied with the outcomes.

Dr. Alexander Remizov had overseen Lebedev’s surgeries and had told him that nothing more could be done. The police reportedly found a letter from the doctor advising Lebedev to see a psychiatrist.

In September 2015, Lebedev entered Russian Railways Hospital in St. Petersburg with a Vepr machine gun wrapped in a cloth. He proceeded to Remizov’s office and shot him in the chest. Then Lebedev turned the gun on himself and took his own life.

The doctor died of his wounds the following morning. Lebedev had apparently been a member of the Russian military and was dealing with personal difficulties at the time of the murder. 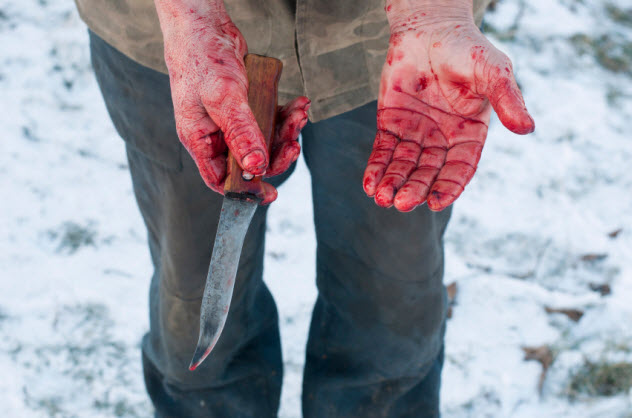 Thomas Belanger, 18, stabbed psychotherapist Diruhi Mattian to death in February 2008. Mattian worked as a program director for Lawrence FLEX, a program that assists families in crisis.

According to the organization’s website, its health-care workers offer “services [that] are primarily aimed at keeping the children safely at home with their families, in their community, out of residential programs, and away from hospital care.” The program is funded by Massachusetts’ Department of Mental Health Child and Adolescent Services.

Belanger stabbed Mattian when she tried to take the knife from him. She was afraid that he would hurt himself with it. Two weeks before her death, Mattian had told her coworkers that she had been offered a job in San Francisco. But she had turned down the offer because she wanted to stay at Lawrence FLEX. 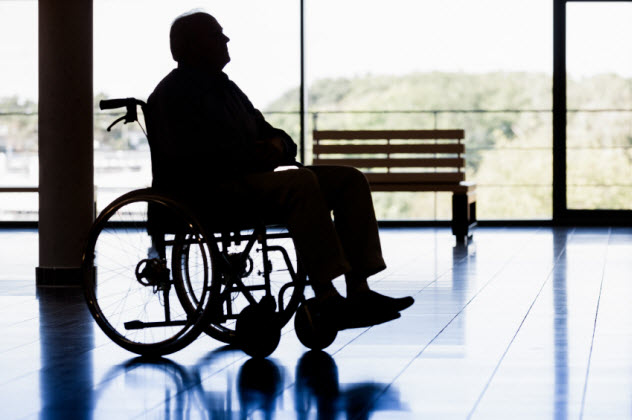 Crippled after back surgery, 72-year-old Wilfredo Sabonsolin killed Dr. Cris Cecil Abbu, the orthopedic surgeon who had performed the operation. The unfortunate incident happened in Sacred Heart Hospital in Cebu City, Philippines, where Abbu had been a resident doctor for almost 20 years.

Before the surgery, Sabonsolin had been athletic and used to run a lot. But the running had taken a toll on his back. For treatment, Abbu had recommended spinal cord surgery, allegedly reassuring Sabonsolin that he would be able to walk properly after therapy.

However, Sabonsolin was confined to a wheelchair after the surgery, even though he was receiving therapy regularly. On the day of the murder, Sabonsolin was not inspected by hospital security because he was a regular. During an appointment, he shot the doctor twice, with the fatal shot hitting Abbu’s chest. Then Sabonsolin shot himself in the head. He died at the scene.