From the Knights of the Round Table to Game of Thrones, our culture has no shortage of stories about knights, so it’s strange how little we really know about them. We know they wore armor and fought in wars and tournaments . . . but what else did they do? What were their lives like? 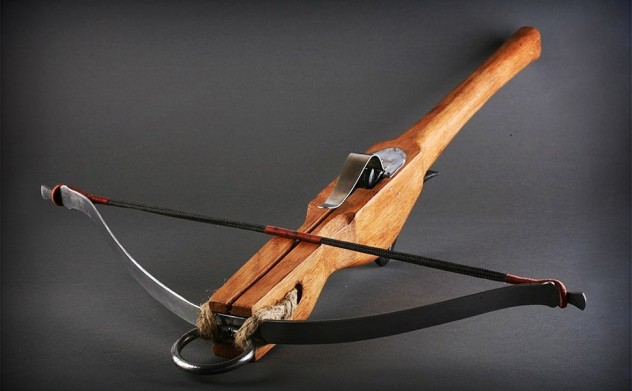 Knights were the supreme force on the battlefield for centuries and it was starting to look as if no one could ever replace them. Ironically, their end was brought about by a very simple invention called the arbalest.

The arbalest, invented in the 12th century, was a kind of super crossbow. It was made of steel, so it could endure much higher tension than ordinary bows and produce greater force. An arbalest was accurate up to 300 meters (984 feet), relatively quick to reload, and easy to operate. Its bolts could pierce armor. Suddenly, the mighty knight with all his combat skills, fancy armor, and a lifetime of training was nothing more than an easy target for a guy who had been learning to shoot for a couple of weeks. A skilled arbalestier could drop two knights a minute, yet stay safely out of reach.

Although knights called arbalests unchivalrous, it was clear that their time as the alpha males of the battlefield was over, especially since gunpowder weapons were invented soon afterwards. 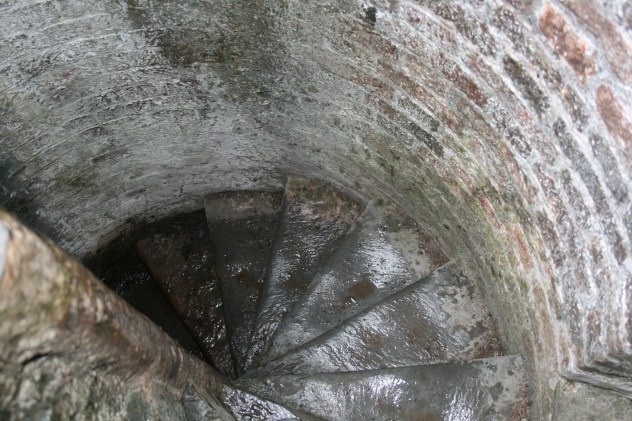 Many medieval castles featured cleverly designed spiral staircases between the floors. They were usually located next to the castle wall (in a tower, the staircase usually ran along the outer wall and the rooms were constructed in the space in the middle).

They might seem like a clever way to save space, but actually spiral staircases were invented for warfare. If an enemy army invaded the castle, their knights had an extremely difficult time walking up the narrow, curving staircase while fighting.

The design also gave the defenders a bonus advantage. Medieval spiral staircases were designed so that they wound clockwise going up. That meant the invading knights had to advance with their left side to the front, which was a serious problem because pretty much all knights wielded their swords with their right hands. 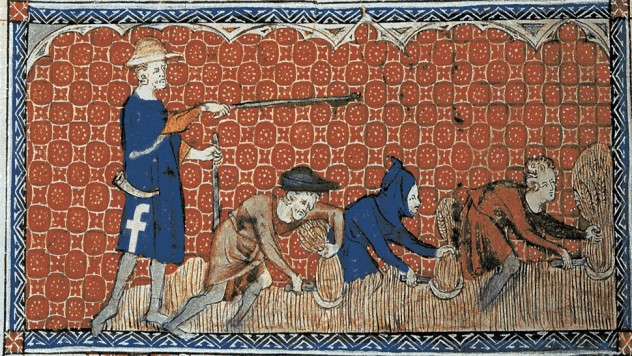 Being a knight was extremely expensive. The armor, the weapons, the horse, and the servants all cost an obscene amount of money, on top of normal living expenses. Still, as skillful horseback fighters, knights were a vital part of any army, so the ruler had to provide them with the means to support themselves.

The solution to this problem was knight-service, a system in which the ruler gave his knights a plot of land—and, in effect, the people living on said land—in a pact called a knight’s fee or “fief.” The knight was a tenant of the lord, with rights to rule over his fiefdom as he saw fit. In exchange, the lord could summon the knight and his men to fight in his army. 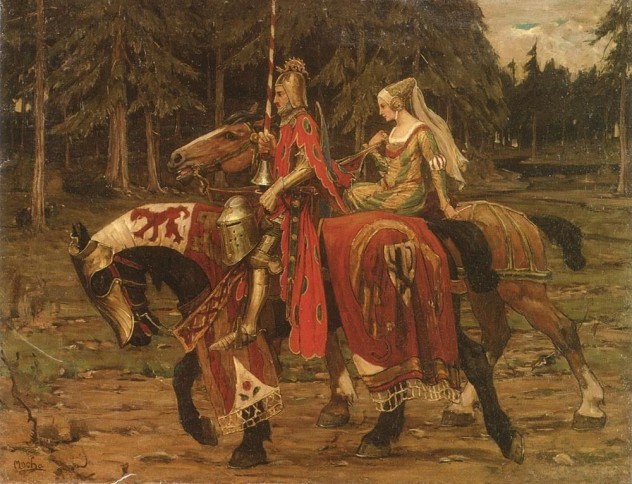 Chivalry was an overall system of proper knightly conduct. Its borders were loosely defined and often extended beyond the battlefield and into everyday behavior. The codes of conduct and etiquette were extremely strict, but their essence could be condensed into the vows a knight made during his dubbing ceremony. A knight should never traffic with traitors. He should never give evil counsel to a lady (regardless of her marital status) and should always treat her with respect and defend her against any danger. What’s more, he must take part in fasts and abstinences, attend daily Mass and make offerings to the Church.

The last of those vows was obviously inserted into the ceremony by the Church themselves. When they started preaching for the First Crusade in the 11th Century, they devised a cunning plan to get knights on board with their mission. The Church introduced its own code of chivalry, a code of conduct all knights were to follow. Unsurprisingly, it revolved largely around doing what the Church said and upholding Christianity.

Although chivalrous behavior was common at social events, not many knights kept to chivalrous ideals when they entered battle. Instead, most opted to butcher and pillage as much as they wanted. They were soldiers and practical men, after all—they weren’t going to risk getting killed because their opponent might be less chivalrous than them.

6 The Origins Of Knighthood 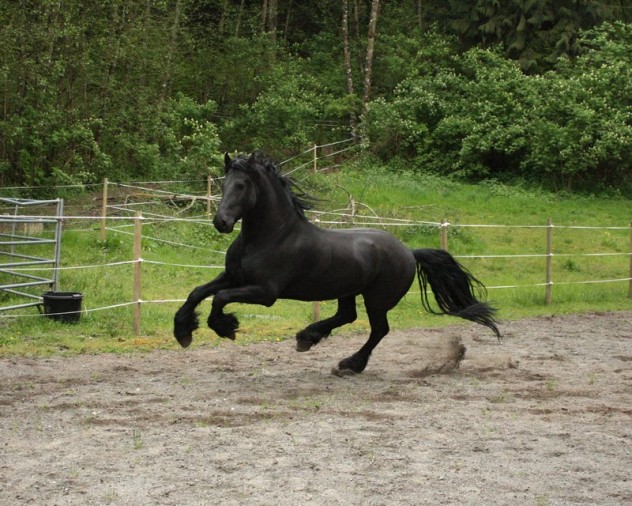 Knights were always associated with horses—their armored warhorses, known as destriers, were massive and trained for battle. Because of that, it’s believed that the concept of knighthood comes from ancient horse troops. Knights are though to have originated way back in the heyday of the Roman Empire. The ancient Romans had an elite equestrian order known as the Ordo Equestris.

Although the Ordo Equestris can’t be conclusively linked to knights, scholars note that they shared many similarities with knights of the Middle Ages—they were lesser nobility who fought on horseback and commanded considerable respect. When Charlemagne, Emperor of the Franks in the ninth century, combined a similar mounted nobleman class with the concept of feudalism, knighthood was born. 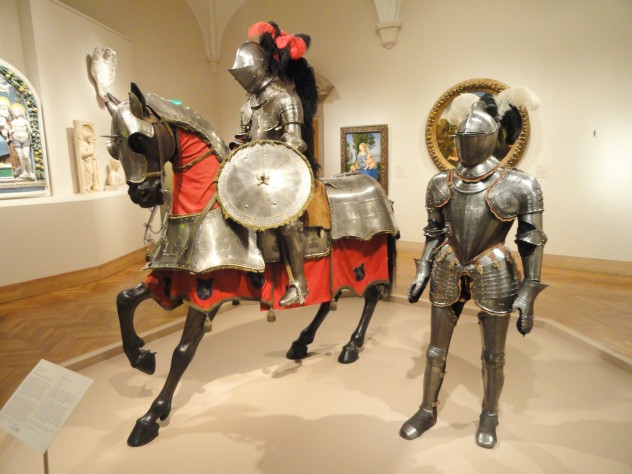 No knight would dream of entering the battlefield without his suit of armor. The armor had to be tailor-made (since the garments were made of metal and other inflexible materials, it was essential that they fit as well as possible). It got sturdier and sturdier over time—originally knights’ armor was a collection of padded garments and chain mail. As technology progressed, plate armor and finally full plate armor (the full knights’ armor seen in most movies) entered the knight’s wardrobe. Full plate armor was complex and weighed around 50 pounds. It could deflect blows from most medieval weapons.

The quality and impressiveness of the armor was not only a life-saver but also a status symbol—the better the armor was, the more important the knight was thought to be. 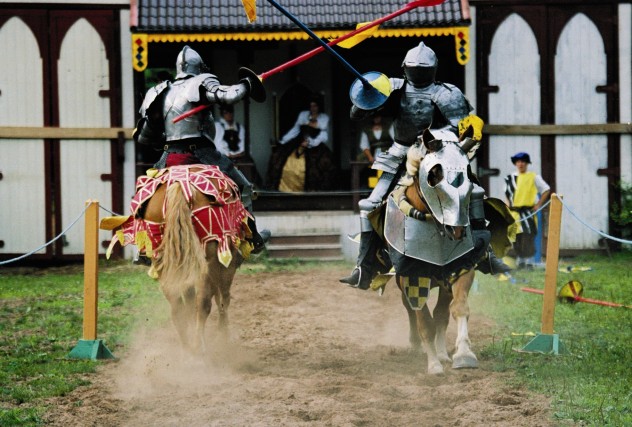 Jousting wasn’t just something knights did in between wars. In fact, when jousting developed into the sports-like event popular culture depicts it as, there weren’t many wars to fight.

Jousting began as an exercise in medieval combat tactics. However, when the crusades ended and knights had no more wars to fight, jousting quickly became a hastilude, the medieval name for a combat-themed sport. Popular hastilude events included the pas d’armes (passage of arms), in which a knight had to fight his way through a group of challengers, and melee, in which a group of knights were divided into two teams that fought each other on foot.

Surprisingly, jousting was seldom the main event—usually the melee was the center of attention. 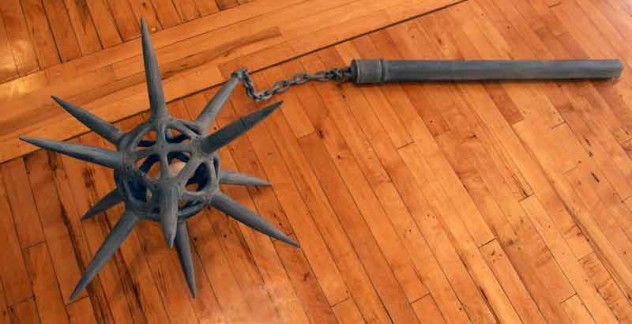 A knight’s training was an arduous process that began at the age of seven and lasted for 14 years. The future knight would first serve as a page. At that point he was just a servant boy who had to run errands and serve his lord. Although most of his training was in the form of different games and sports, they were extremely serious games. Instead of toys and action figures, the medieval page played with two-handed maces and practiced horsemanship.

At the age of 14, the page graduated to become a squire. Each squire usually served a specific knight, acting as a butler of sorts and helping to dress the knight and maintain his armor and weapons. A squire was seen as a man who was capable of fighting on the battlefield. As such, his training became more and more dangerous. Injuries were commonplace, and traditional knightly skills such as jousting and quarterstaff-fighting became part of the training regime.

At 21, the squire was finally knighted. The knighting process was called dubbing, and it was originally very simple—the nobleman performing the ceremony would just slap the squire on the neck with an open hand and say a few quick words. Eventually, the Church pulled some strings to turn the dubbing into the ceremonial event now seen in countless movies and TV shows. 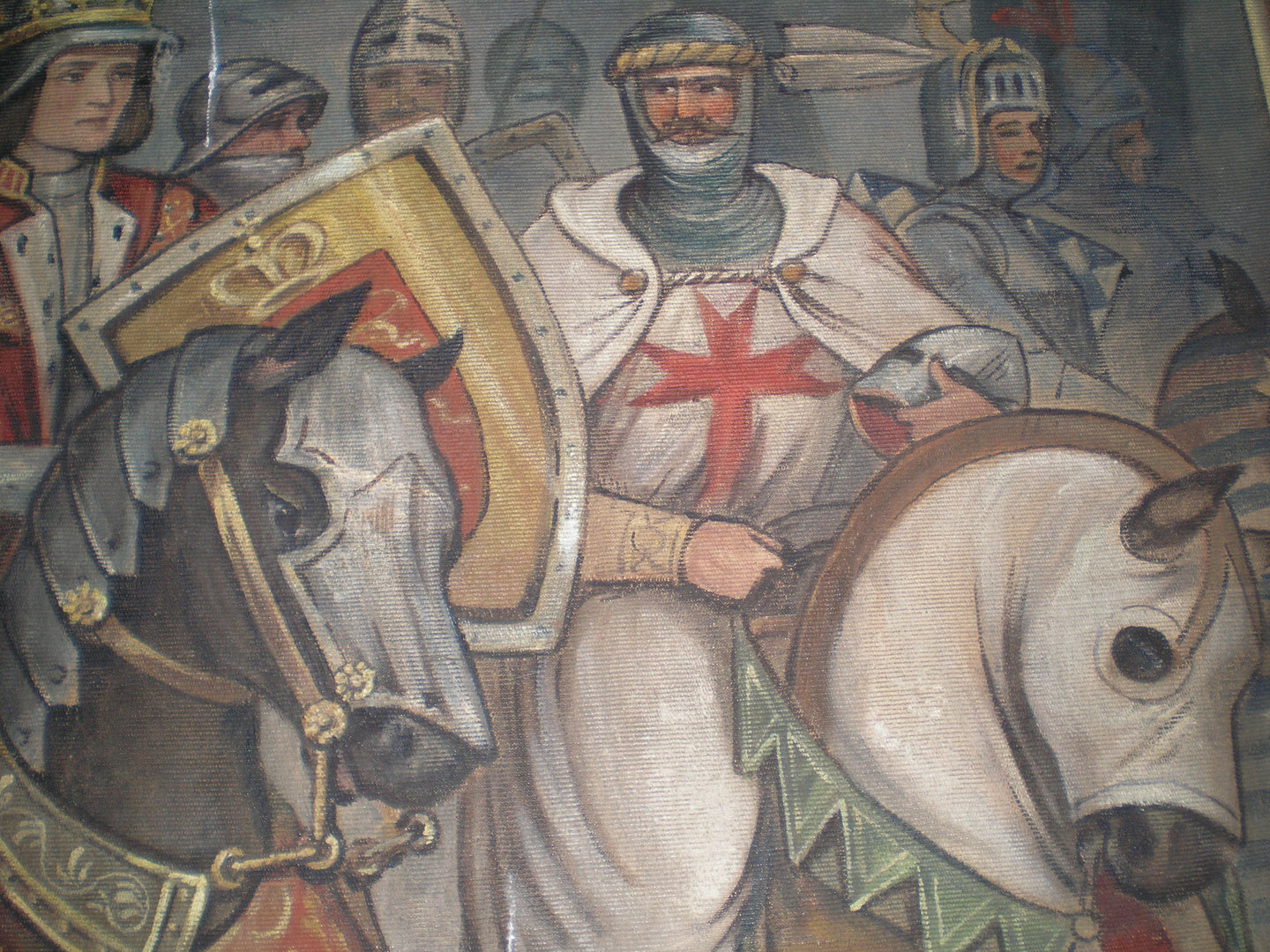 The crusades, Church-orchestrated war campaigns to conquer the Holy Land and seize it from the Muslims, were for centuries the main stage for knights to show their prowess. Many people think there were just a couple of crusades, but in reality there were quite a lot more. The crusades were a near-constant religious war that raged for almost 200 years. There were eight major crusades (or nine, if you include the unfortunate Peasants’ Crusade led by Peter the Hermit and Walter the Penniless) and many more minor crusades in between.

Unfortunately for the knights, the crusades were ultimately a failure and resulted in the Holy Land falling into Saracen hands. Still, that didn’t stop a succession of Popes from ordering further crusades against multiple enemies (mostly their political enemies from Europe) for centuries to come. 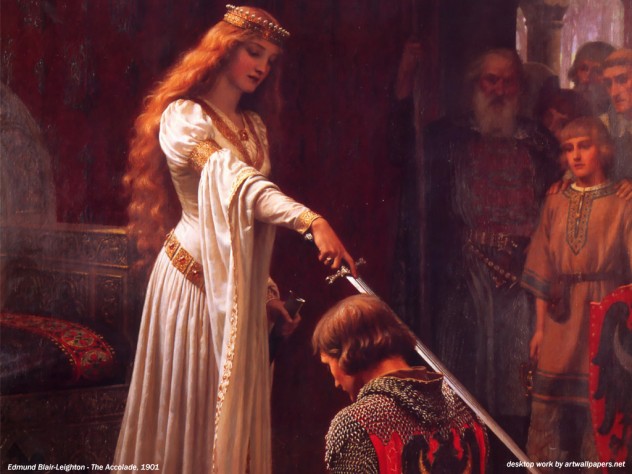 Since 1560, knighthood has essentially ceased to exist as a military honor. There are still a few hereditary “true” knights around today, but most new knighthoods are bestowed because of the contributions their recipients have made to society in one way or another. Although there are still many chivalric orders, most that were created after the Middle Ages were specifically designed as means to decorate deserving individuals. For instance, the knighthoods given to famous people such as Sir Elton John, Dame Judi Dench, and Sir Paul McCartney are purely honorific and do not require them to saddle up and charge the enemy.

10 Crazy Characters From The Wild West