Tons of material has been created to instruct parents on how to punish their miscreant children. There are those who praise parents for being stern and consistent while others prefer the more compassionate approach. Time-outs, positive reinforcement, and regular family meetings may work to strengthen some parent-child relationships, but when these strategies fail—and they often do—parents can resort to far more extreme techniques. 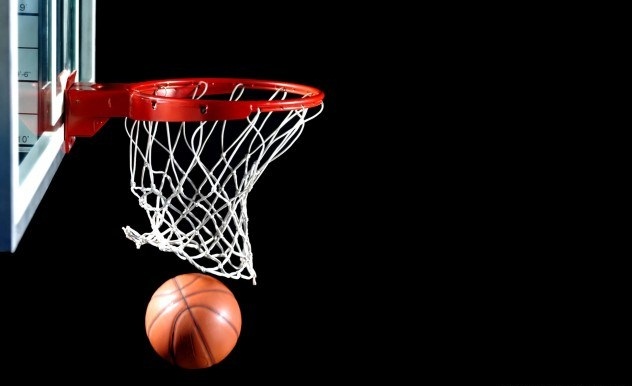 In poverty-stricken Huntingdon, Tennessee, parents are often unable or unwilling to take on an active role in raising their kids, so when behavior problems arise, these parents are at a loss for how to punish them. That’s where the Carroll Academy comes in—a day school operated by the county juvenile court and paid for by the state’s Department of Children’s Services.

In addition to pushing these kids to stay out of trouble with strict disciplinary policies, the school’s director, Randy Hatch, recruits them to the basketball team. Unless they have a compelling medical reason not to play, they play. It doesn’t matter if they aren’t good because it teaches them important lessons about perseverance, cooperation, and hard work. 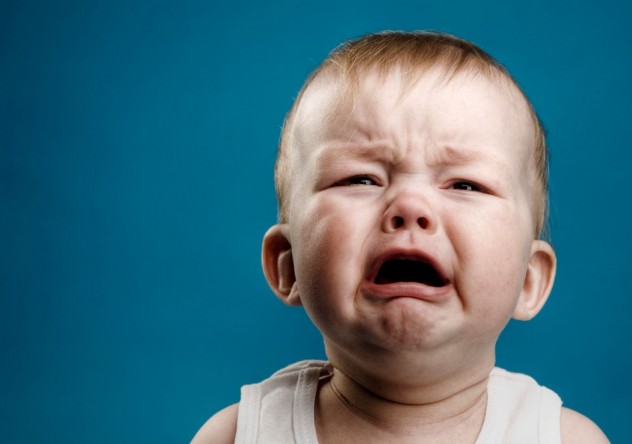 Thirty-one countries have made it illegal to strike a child as punishment, including several African nations, New Zealand, and Sweden. However, the United States has no laws prohibiting corporal punishment in the home. And for some, the line between spanking and child abuse may be difficult to draw.

The controversy surrounding spanking seems to come from the idea that all spanking is a form of beating. That certainly seemed to be the case in 2004, when William Adams, a Texas judge, was filmed savagely beating his teenage daughter for eight minutes. This was punishment for using the Internet without permission and illegally downloading music. Ironically, this judge specialized in child abuse cases. 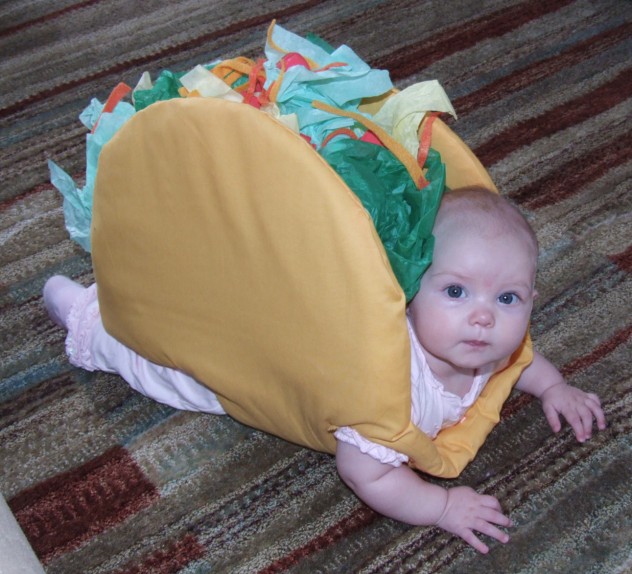 When a mom in Murray, Utah heard that her teenage daughter was making fun of other students for their funny-looking clothes, she did more than just tell her to stop. Instead, she wanted to teach her fashion-conscious daughter the importance of empathy, so she went to a local thrift store, spent $50, and brought home a new wardrobe that she forced her daughter to wear to school for two days.

The attire included grandma-style prints with polka dots and flowers, oversized ruffle collars, and calf-length skirts—the perfect type of clothing to assure the teenager was adequately teased. After the two-day punishment, the teen assured her mom that she’d learned her lesson and wouldn’t bully anyone else. 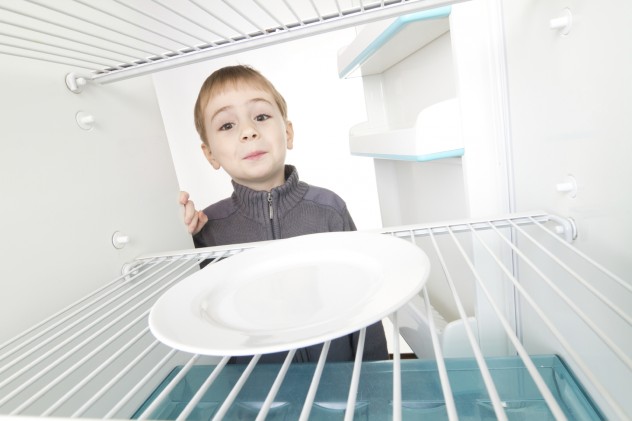 Just this month, a preacher and his wife in Smethport, Pennsylvania asked a judge to dismiss charges against them for child endangerment. The judge claimed that Mark and Susan Hooper were torturing their three adopted children with a barbaric form of punishment: starvation.

Their nine-year-old had run away from home and told police that she was routinely denied food until she finished her math homework. She was extremely underweight and had several growth deficiencies, including the bone structure of a five-year-old. Her 11-year-old sister and 10-year-old brother also testified that they had to beg neighbors for food, or they would eat nothing—apart from one bowl of oatmeal a day. 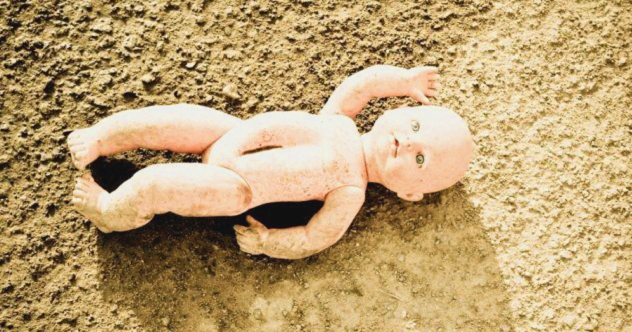 All 50 states currently have laws that allow parents to abandon their newborn infants at a firehouse, police station, or hospital. Known as Safe Surrendered or Safe Haven Laws, they’re designed to prevent desperate parents from dumping their children along roadsides or in trash bins. However, Nebraska forgot add an age restriction to the law.

As a result, in September 2008, Nebraskan parents started abandoning teenagers. First, a 14-year-old son was left at a police station. Then two boys and a girl were dropped at a hospital—followed by another 15-year-old boy and 11-year-old girl. The largest case occurred when a single dad (whose wife had recently died) showed up at an Omaha hospital and left nine children, ages one to 17.

It turns out that parents with uncontrollable teens in Michigan, Georgia, Iowa, and Arizona were flocking to Nebraska to abandon their children. Nebraska quickly rewrote its laws to specify age, but only after 30 teenagers had been abandoned over a period of two months. 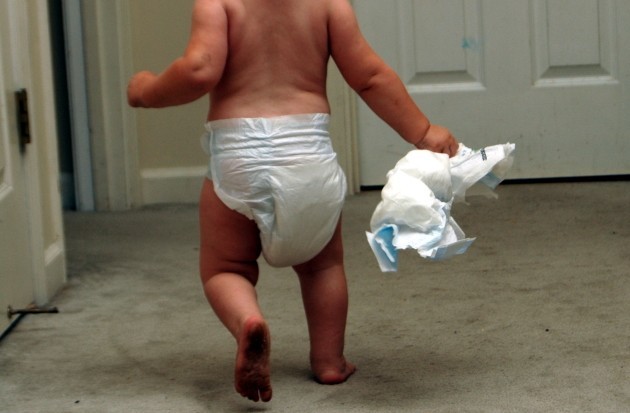 In May 2012, Fridley, Minnesota residents were startled to see a 12-year-old girl running down the middle of the street, wearing only a tank top and diaper. Her head was also shaved. The infant attire and shaved look were punishment for receiving F’s on her latest report card. Her mother and stepfather held her down, shaved her hair and threatened her with harm if she didn’t wear the diaper.

When authorities arrived, the girl’s parents didn’t apologize, but they were sorry when they were both arrested, charged with malicious punishment of a child, and sentenced to a year in jail. The judge called the “diaper duty” punishment an “assault on her dignity.” 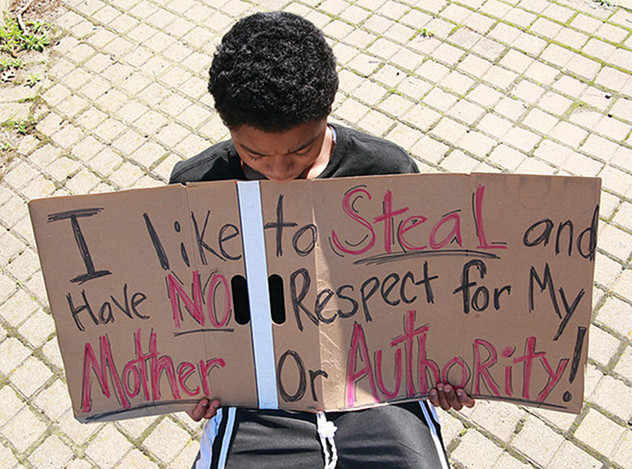 Earlier this year, two children (Unique Caruthers, age 11, and Xacherey Scott, age 14) stood on an Indianapolis street corner, with cardboard signs. They weren’t your typical “Will Work for Food” signs. Instead, Unique’s handwritten message read, “I am a thief. I stole from my mother and family. I can’t be trusted. If you see me on the streets, watch out because I am a thief.” Xacherey’s sign said: “I am a[n] accomplice to a thief. I help steal money from my step mom.”

Indeed, his stepmother was standing by, ordering the boys to stand there as punishment for stealing a $50 gift card from her bedroom dresser to get ice cream at Dairy Queen. That money was meant for the family’s gas bill, and every cent counts in the Caruthers-Scott household, where 11 children live. 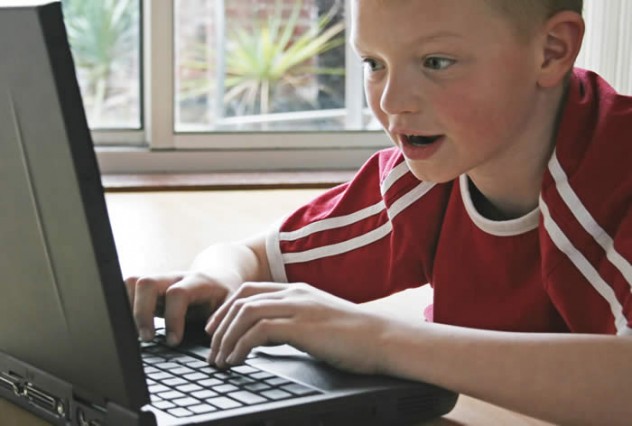 Last year, Tommy Jordan’s 15-year-old daughter, Hannah, posted a nasty message to her parents on her Facebook page. In her post, entitled “To My Parents,” she wrote, “I’m not your damn slave . . .  if you want coffee, get off your ass and get it yourself.”

What especially angered her dad, an IT guy, was that he’d just spent 6 hours and $130 upgrading his daughter’s laptop. The ranting girl didn’t realize that she hadn’t blocked her parents from viewing her Facebook page. They saw the message, and as punishment, her father made a video of himself reciting the post and blasting holes into the laptop with his .45 automatic handgun. 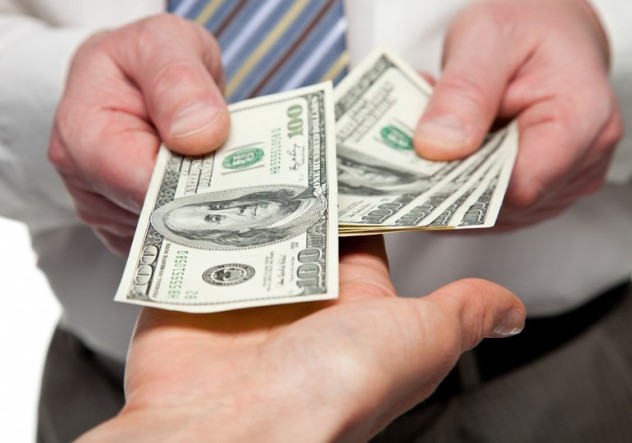 In 2008, Jane Hambleton from Des Moines assumed the title of “meanest mom.” It was a label she’d given herself in an advertisement in the Des Moines Register, where she was attempting to sell her 19-year-old son’s car. The ad read: “OLDS 1999 Intrigue. Totally uncool parents who obviously don’t love teenage son, selling his car. Only driven for three weeks before snoopy mom who needs to get a life found booze under front seat. $3,700/offer. Call meanest mom on the planet.”

Sure enough, when searching his car a week earlier, she found alcohol under the driver’s seat. Steven was adamant that the alcohol wasn’t his, but Jane still decided to punish Steven by selling his prized possession—even though she believed him. 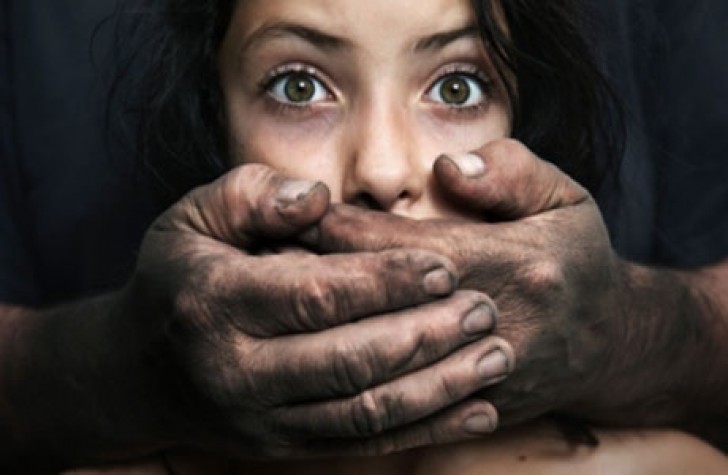 Truly desperate parents will do some crazy things when it comes to controlling their children. Mr. and Mrs. Levy didn’t know what else to do about their 15-year-old daughter Shannon’s unruly behavior. She was drinking too much, sleeping around with older guys, smoking marijuana, and failing her classes. She also wouldn’t listen to her parents and was downright disrespectful to her mother.

No amount of punishment worked, so they finally decided to hire someone to kidnap their daughter in the middle of the night. The kidnappers were from a behavior modification camp called Tranquility Bay in Jamaica. That night, Shannon was whisked away to Jamaica, where she spent year away from her parents—and cost them about $40,000—while being subjected to a rigorous “tough love” regime of schooling, therapy, labor, isolation, discipline, and more discipline.

From the outside, positioned on the edge of a cliff in Treasure Beach, Jamaica, the camp looks like an expensive resort—until you see the barbed wire, the security cameras, and the silent, zombie-like teenagers in gender-segregated lines and camp-issued uniforms and flip flops. The flip flops were specially designed to make it harder for the teens to run away.

Maureen Roe is a professor of Critical Thinking and Composition at Santiago Canyon College in Orange, CA. She is also a mother of five children, none of them wayward (so far).

10 Skills Every Man Should Have

10 Thought Phenomena That Cause Us To Make Bad Decisions