Corruption, sand, oil, and beheading people for witchcraft. Oh, and being best friends with every Western leader for some reason. While it would be easy and accurate to simply end all our articles about the Gulf States there, it may surprise you to learn that there’s more to the Arabian Peninsula than driving a Ferrari at camels and declaring fatwas.

Today, we look at the current bete noir regime in line for some democratization at the end of a cruise missile—Qatar.

10 Qatar Is Technically The Richest Country In The World

Global Finance magazine conducted a survey in early 2017 that measured the GDP (gross domestic product) of all countries in the world. Qatar ranked as the richest—a spot that it’s occupied quite regularly over the last few years. The latest study shows their GDP per capita as $129,726.[1] This figure is worked out with the PPP (purchasing power parity), which itself takes into account the cost of living and the inflation rate of a country.

Admittedly, Qatar is tiny in comparison to some of the other high rankers on there, which makes a per capita approach slightly skewed. Luxembourg and San Marino also make the top 10 for the same reasons. But there’s no denying that Qatar’s economy is booming. Qatar is the world’s top producer of liquefied natural gas, and they export huge amounts of crude oil. So they’re certainly in the big moneymaking game.

However, migrant workers who haven’t been given residential status in the country aren’t counted as part of the population when the GDP is computed, and the migrant population is enormous. 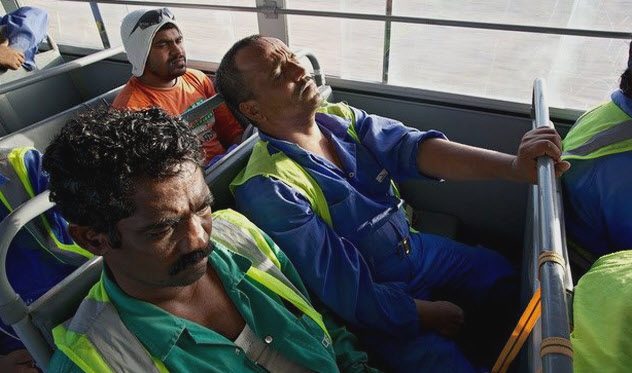 Amnesty International published a report in 2016 that highlighted the shocking conditions faced by migrant workers in Qatar. Workers reported a whole host of problems, including being forced to work long hours with no days off, having passports confiscated, suffering physical abuse from their employers, and having to pay huge “recruitment fees.”[2]

This report focused on the workers who were used to build the new stadium for the 2022 World Cup. Apparently, the general consensus is, if you’re going to host an event where the whole world will be watching you, put some effort into making sure you’re not using people who are effectively slaves to do so.

Since Amnesty International published their report, conditions for migrant workers remain mostly unchanged. An independent report published in early 2017 showed that slight progress had been made, but migrant workers were still being exploited throughout the nation.

8 It Sucks To Be A Woman In Qatar 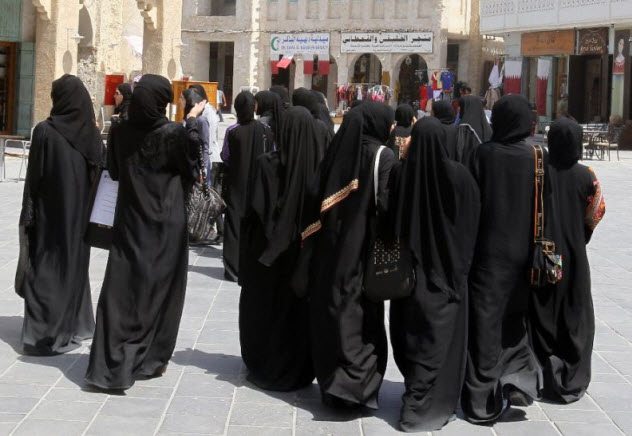 Women are barely involved in politics and tend to receive much less schooling than their male counterparts. Women do attend universities, but their campuses are segregated from the men’s. Arranged marriages are still fairly common, and Muslim women in Qatar will usually go out in public only when completely covered.

Female tourists are advised to keep their arms and legs completely covered at all times, too. So, it’s not the best place to be female. Although reforms have been happening slowly, the country has a long way to go to catch up with the rest of the world. 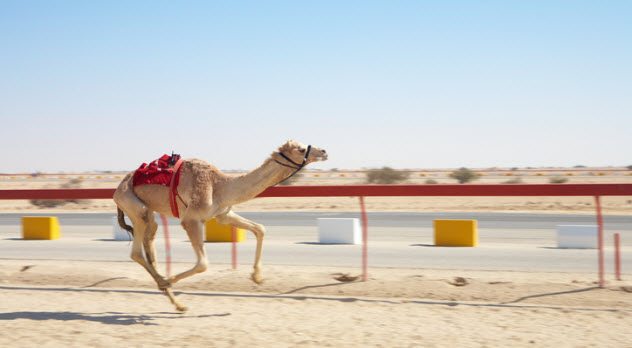 Although Qatar hosts a huge and diverse range of sporting events—football is hugely popular in Qatar, hence the country hosting the World Cup in 2022—camel racing has been around since the early Islamic period.[4] Fun as that may sound, until the early 2000s, many camel owners would kidnap children or buy them as slaves to use as jockeys.

Children were obviously small and lightweight, so that was great for the camels. Not so great for the children, though. Aside from being stolen for use, the kids were often nearly starved so that they’d stay as small as possible.

Massive, sustained outrage over the whole affair led to child jockeys being barred from camel racing, and now robot jockeys are used instead. Which is great until either the robots turn sentient and demand better working conditions or somebody starts a human rights movement for robot camel-racing jockeys. In today’s society, that isn’t all that unlikely. 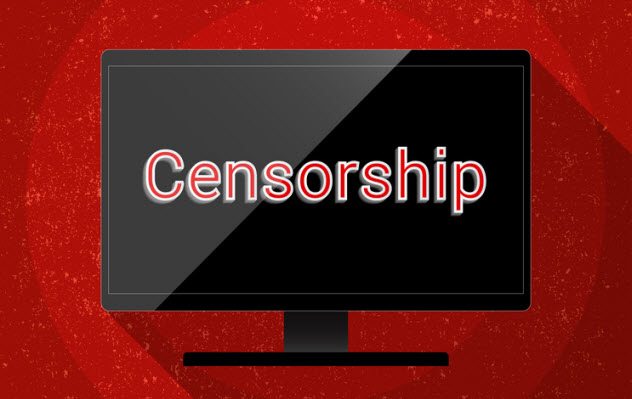 Throughout the country, the Internet is heavily censored. Qatar blocks access to websites it deems unsuitable. Pornography websites always were the main focus of censors, but dating services and any websites with homosexual content are also blocked.[5]

The media websites in the country used to be relatively free (even though the mainstream media actively avoided reporting on anything vaguely controversial). But since the successful bid by Qatar to host the 2022 World Cup, censorship seems to be much more prevalent.

For years, journalists have been subject to prosecution if they publish anything derogatory about the ruling body in Qatar or about Islam. In December 2016, Doha News—an English-language Qatar news website—was blocked by the government, leading to concerns that censorship in the country was becoming more pronounced.

Even BBC journalists were blocked from filming migrant workers in response to the Amnesty International report. It looks as though the country is doing whatever it can to prevent any more negative reports on the workers who are building the World Cup stadia.

5 Tensions Are Inflamed Between Qatar And The UAE, Saudi Arabia, Egypt, And Bahrain 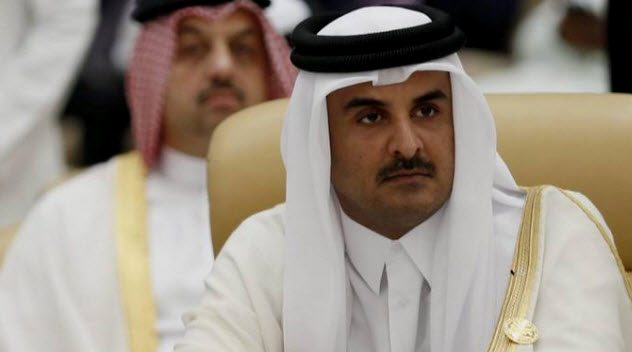 The UAE and other Gulf States have recently accused Qatar of harboring terrorists and funding extremism. In a totally unprecedented move, they have barred Qatari ships and aircraft from their countries. The Saudi-Qatar border has been closed over the Qataris’ alleged sponsorship of terrorism, which is ironic considering that the Saudis also sponsor terrorism.[6]

Qatari citizens living in these countries have been given a fortnight to return to Qatar. But the rest of the world doesn’t quite understand what’s going on beyond a lot of threats of hitting each other with shoes and calling each other takfiris, a sectarian slur.

The Trump administration has openly criticized the move, contending that Saudi Arabia has released no evidence to support its claims. The White House has also suggested that the move has been made as part of an ongoing feud between the countries and that there’s no evidence that Qatar is funding terrorism.

As with so much of the political situation in the world today, it’s another bizarre twist that makes little to no sense. It will probably be a talking point in the media for a couple of days until a more “exciting” story comes along. Then it will be forgotten by all except the innocent Qataris who are being driven out of their homes and the fortunate accountants of weapons manufacturers.

4 The Cost Of Renting Property Is Insane 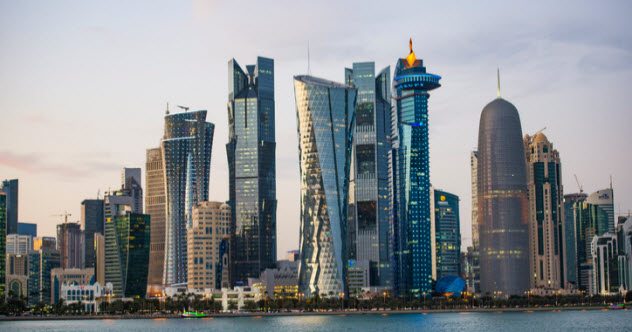 If you’re looking to move to Qatar and think you can find a nice, cheap apartment in the city, think again. Their average price for a one-bedroom apartment is an enormous $1,933.00 per month—much higher than a property of the same size in most of the United States.[7]

A pint of beer will normally cost you over $10, and that’s not even for a premium beer. But this could be because drinking alcohol is not encouraged by the country.

McDonald’s has franchises in Qatar, and their prices are close to what you’d pay in the States. So maybe it’s a place to go on holiday if you don’t drink and you’re happy to stay in a tent on the beach.

The good news is that gasoline is super cheap, around 45 cents per liter ($1.70 per gal). But there’s no denying that if want to spend a lot of time in Qatar, then you’re going to need a decent salary to fund your lifestyle. 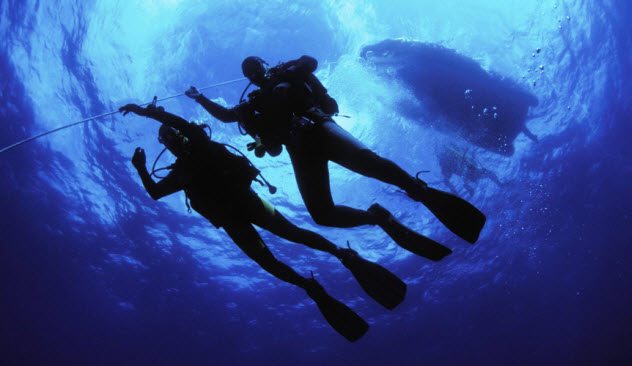 If you’re looking to book a scuba diving or snorkeling break, Qatar is full of places offering some amazing diving. The country extends into the Persian Gulf, and most of the diving is done out of Doha.[8]

A vast array of sea life can be found here. Barracuda, groupers, and cuttlefish are regular residents, and Doha is home to the largest dugong population in the world. Dugongs are those giant underwater things that look like your mother-in-law if she had a mustache and a nice personality.

There are also reefs and wrecks to explore, with many buses and cars being sunk to give divers loads to investigate. For decades, pearl fishing has been a huge industry in Qatar. Many people used to rely on diving for pearls to earn income before oil brought prosperity to the region.

Even today, numerous people dive for pearls from oysters. If you’re feeling adventurous, it’s possible to book a trip to go oyster hunting. The brave can try their luck at swamp snorkeling. The saline marshes of the country boast a large amount of marine life. Although the visibility isn’t as good as heading into the ocean, this is starting to become a major tourism drive for the country. 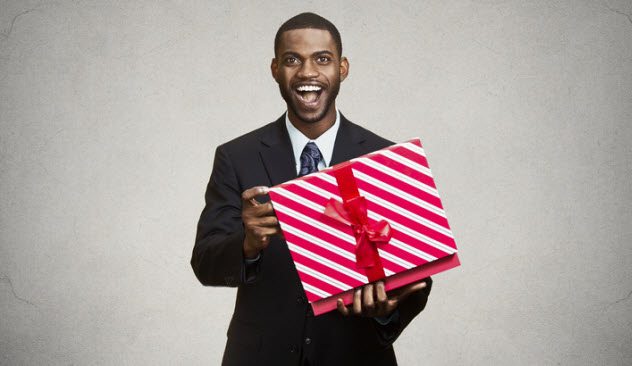 Admiring somebody’s belongings is a massive social faux pas. Qatari society dictates that if you openly admire another person’s possession, then he is obligated to give you that possession or something of higher value as a gift. For example, if you’re after a new Porsche, this could be a super cheap way of picking one up if you can cope with the social shunning and shame afterward.[9]

As women are seen as possessions, the ultimate no-go in Qatar is admiring somebody’s wife or female relative. You’ll find yourself married to that person before you’ve had time to realize what’s going on.

It’s also hugely rude to decline an invitation. If you’re invited into somebody’s home, then you have to accept the offer. Declining it will bring shame to the family who invited you, and you will not receive a second invitation. Just make sure to only receive invitations from people you like.

If you avoid these massive social pitfalls and find yourself about to visit somebody, make sure you take off your shoes before entering the house. If you don’t, it’s the rudest thing you can do to somebody short of hitting him with the same shoe that you left on as you strode over the threshold in your stupid, American shoes.

1 You’ll Never Have To Travel Without Your Falcon 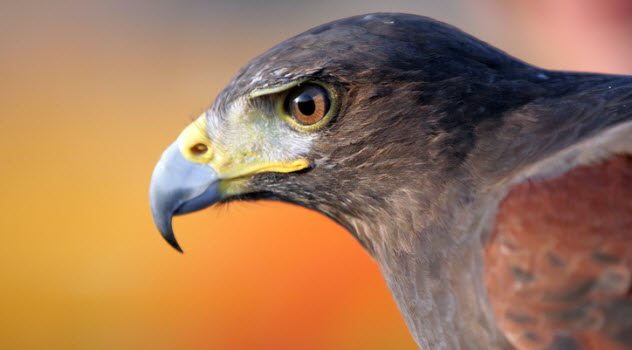 If you’re worried about having to leave your beloved, mean-as-a-bag-of-snakes-on-crack bird of prey behind when you visit Qatar, never fear! Qatar Airways allows all passengers to bring their falcons onto the plane with them if they so desire, provided the bird has a valid passport.

As a sport, falconry has been an integral part of life in Qatar for generations. The falcon is seen as a symbol of courage, freedom, determination, and perseverance.

Owning a falcon is seen as a status symbol, and these birds will often travel worldwide with their owners. Qatar Airways allows a maximum of six falcons in the plane at any one time. So if you’re looking to book your bird of prey on an international flight, it’s best to get there early.[10]

That being said, a recent news report told the story of a Saudi prince who bought 80 seats for his 80 falcons so they could all travel together. I guess if you’ve got the money, then that makes sense, right? Spare a thought for the cleaning crew who had to deal with that much guano.