While some military tactics are set in stone, a mixture of desperation and quick thinking have led to some tactics which simply make their creator look like a lunatic. Some of these tactics seem like they’d be instant death sentences to their side, but they actually did just the opposite. 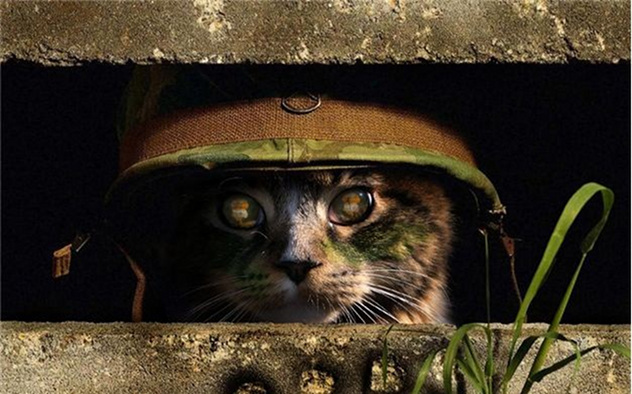 Animals have been used throughout the history of human warfare, usually as things that are as simple to light on fire as humans but much easier to talk into it. But rarely do we see animals being used as elegantly as Cambyses II of Persia used cats. He was fighting the Egyptians in the battle of Pelusium in 525 B.C. and as we all know, the cat held a high place in Egyptian society as sacred creatures and the Achaemenid Empire sought to use this to their advantage in the invasion of Egypt.

Cambyses ordered his men to paint felines on their shields, and he brought hundreds of actual cats into his front lines. The plan worked: The Egyptian archers refused to fire on his felines, fearing that they would injure the animals—a crime punishable by death. Instead they retreated, and most were massacred by the pursuing Persians. This ultimately led to the capture of the pharaoh. 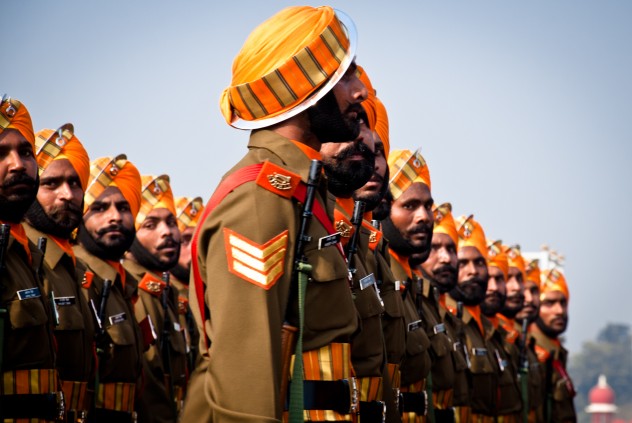 When you think of the Sikhs (provided you know what Sikhs are), you wouldn’t normally think of violence . . . unless you looked into one of the few battles the Sikhs actually fought—in which 48 soldiers held off 100,000 men.

The Sikhs had been fleeing the Mughal Empire for days after taking Anandpur Sahib. After seeking shelter in a mud fort, they were awoken by the Mughal forces, who had surrounded them. For most, this would mean surrendering before the horde had the chance to knock on the front gate. But for the Sikhs, it meant leading a defense against a vastly superior enemy long enough for their Guru to escape. Somehow, the 48 men defended the fort through the night, distracting the enemy, killing 3,000 of them, and ensuring the survival of their religion.

8 The Siege Within A Siege 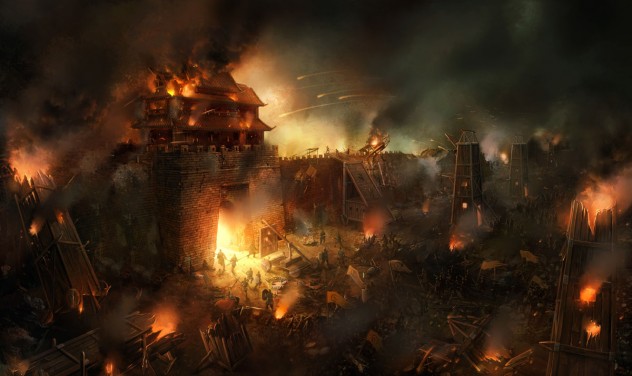 After a Gallic revolt at Alesia in 52 B.C., Julius Caesar marched 60,000 legionnaires to the town and laid siege to the 80,000-strong Gallic force. When word reached Caesar that a relief force of 120,000 was marching towards his forces, instead of retreating, he ordered his men to build a second set of walls around the first.

For the next few weeks, while outnumbered four to one, Caesar led both a siege of Alesia and the defense of his own fortifications. On October 2, he personally led a devastating cavalry charge against an attacking force of 60,000 men with 6,000 of his own, forcing both the relief force and those in Alessia to surrender. 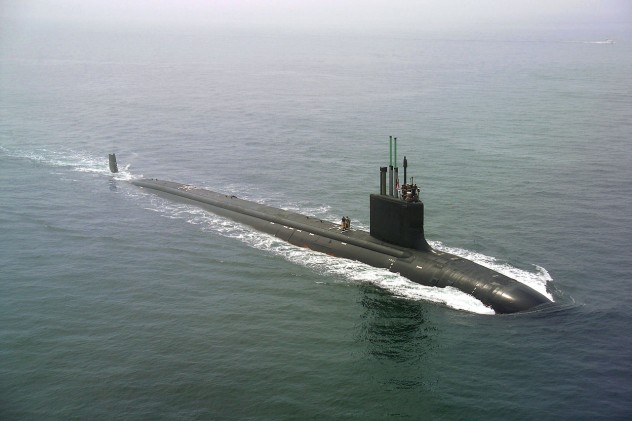 German U-boats played a major role in disrupting British, American, and French supplies during the First World War. Single German U-boat captains such as Kretschmer were responsible for the sinking of 200,000 tons of shipping alone. These glorified tin cans were starving out Europe one merchant ship at a time, replacing Christmas turkeys with Christmas potatoes.

With no submarines of their own and no real countermeasures, one might expect some strange solutions. But nothing was nearly as insane as the British solution—a hammer and bag. Convoys would send a blacksmith and a few gunners out on a small raft in the dead of night. Once the team spotted a U-boat periscope, they would approach it in silence and either secure the bag around it or smash it with their hammer, blinding the captain and forcing them to surface. The method was surprisingly effective, with 16 U-boats being hammered. 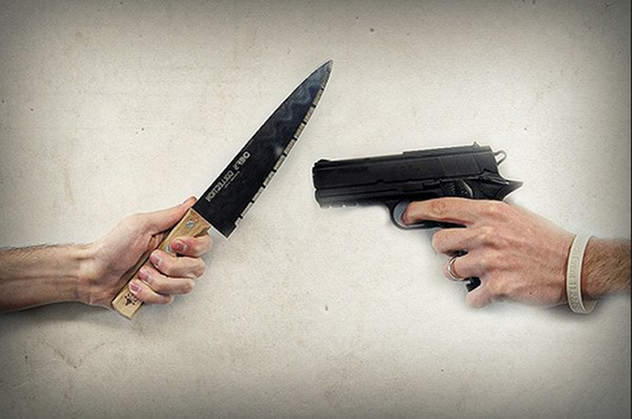 Bringing a knife to a gunfight is ill-advised, and the same goes for spears and arrows, as many a nation learned when Europeans decided to go “exploring.” So it seemed odd that, during World War II, the Russians chose to use biplanes on the Eastern Front when the Luftwaffe had much more advanced tech.

The Polikarpov Po-2 biplanes were entrusted to the Night Witches—a brigade of women bombers. At first, they were given the inferior technology because they were women. They soon proved themselves, with many flying over 1,000 missions by the end of the war. There was one secret to their success: The speedy German Me-109s were unable to decelerate and hit the slow moving Po-2 planes without stalling.

Though they could only carry two bombs each, their wooden frames made them undetectable to radar, and they remained some of the only Soviet aircraft to be able to survive the skies during the German occupation. And they were flown by schoolgirls with around four hours of training. 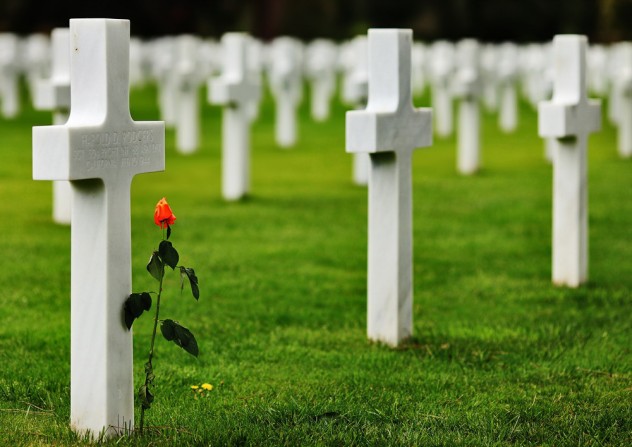 The tale of the Trojan Horse was designed in part to alert city guards to the danger of warmongers bearing gifts—or in this case, Vikings bearing coffins.

Hastein, a Viking leader, was looking to sack Rome in A.D. 860 in an attempt to prove himself. Knowing that Vikings were far better at pillaging villages than cities, he came up with a plan to bypass the city walls: Pretend to be a dead Norseman seeking burial in the city. Hastein played dead in his coffin and his raiding force just walked through the front gate. Although his plan was met with great success, he later learned that he had mistaken the city of Luna for the city of Rome and pillaged the wrong city. 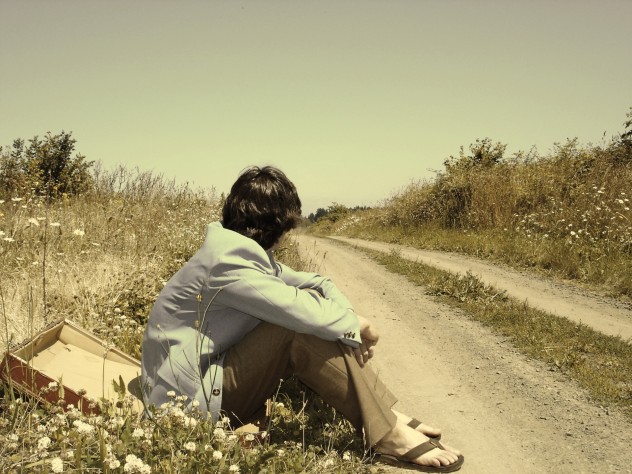 Richard the Lionheart faced the army of Saladin at Arsuf in 1191. He was outnumbered three to one by a force of mostly mounted troops. Facing the army in a pitched battle would be suicide, and instead Richard formed a defensive perimeter with his back to a river and waited—while under constant and heavy missile attack—from early morning until mid-afternoon.

His tactic was to wait for Saladin to get impatient and give up some kind of advantage, and after hours of constant missile attack, he was given his chance. Saladin, thinking that the Crusaders weren’t going to move for days, ordered his men off their mounts so that they could better fire their missiles, eventually moving closer to the Crusader position. Upon seeing this, Richard ordered his heavy cavalry to charge, decimating the unmounted enemy and winning the battle. 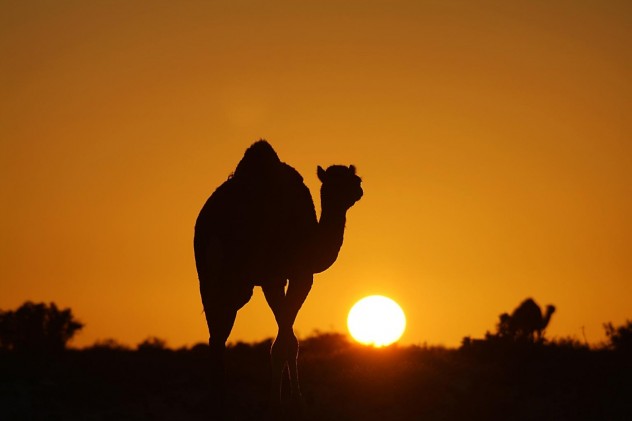 Patience is one thing, but setting fire to your camels—your only means of escape—is quite another. That didn’t stop Timur, descendant of Genghis Khan, from doing so during his capture of Delhi.

When faced by the Sultan and his 120 war elephants in 1398, Timur ordered his terrified, fleeing men to dismount and load their camels with as much hay as possible. As soon as the elephants started their charge, Timur’s force set their mounts on fire and prodded them toward the enemy.

Strangely not a monumental mistake, the sight of the burning camels was enough to spook the elephants and send them back into the Indian frontline. The Indian army was trampled by their own elephants, which were equipped with chain mail and poisoned tusks, allowing Timur an easy victory. He was also able to replace his camels with 120 elephants, which he used later in his invasion of India.

2 The Enemy Of My Enemy 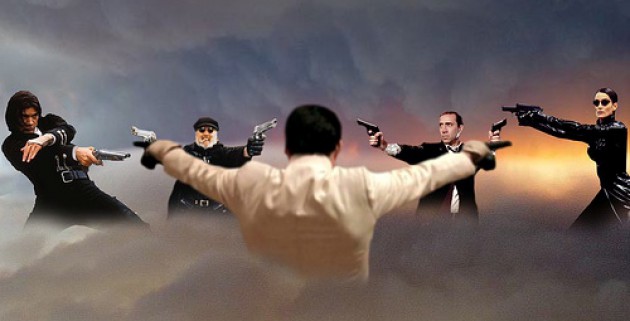 May 5, 1945 saw one of the strangest battles of World War II. Only three days before the official surrender of Germany, Major Josef Gangl and his nine men surrendered Castle Itter and its French prisoners to 14 US soldiers.

When the Americans arrived to evacuate the prisoners and their former captors, they were engaged by elements of the 17th SS Grenadier Division who had been sent to execute the prisoners. Gangl, realizing that the prison would be overrun before help arrived, offered his assistance to the Americans. Throughout the morning, German and American soldiers fought side by side in the only recorded case of this happening in the war. After some time, an American relief force arrived and routed the SS, but not before Gangl was killed by a sniper. It should be noted that giving automatic weapons to prisoners of war is only advisable in extreme situations. 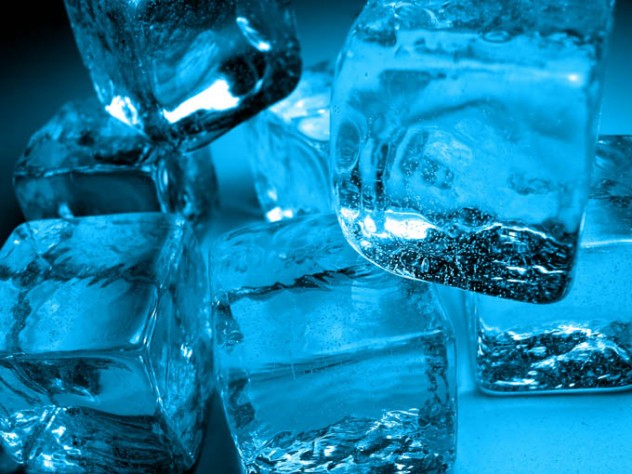 If there’s one thing history has taught us, it’s that if you invade Russia during the winter, you’re going to have a bad time. The Teutonic Knights weren’t immune to this rule.

The Crusaders were far more equipped than the Russians, with full plate mail and armored horses. The Russians would have been easily beaten in a straight fight, so they retreated over the frozen Lake Peipus and then turned around to face them, hoping the lake would slow the enemy down. The over-eager knights followed them, not realizing that the ice would be unable to hold their armored weight. According to reports, the Crusader ranks were in chaos, slipping and breaking through the ice while fighting the armored Russian infantry. Eventual archer bombardment led to a full retreat of the Teutonic Knights.