For many, communication with the dead seems an utter waste of time. They simply don’t believe it is possible. But who hasn’t whipped out the Ouija board in their teenage years and had a go? Is it just pomp and circumstance, or something more? 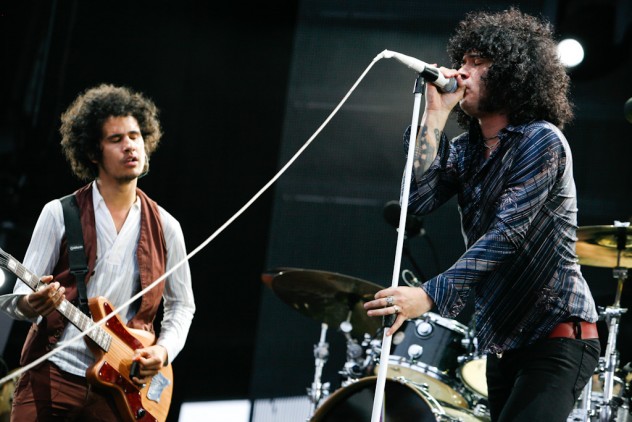 Inspiration for music can come from all manner of places. Ask the band “The Mars Volta” where they got their inspiration for the album Bedlam in Goliath, and they’ll tell you it came from beyond the grave. One of the band, Omar Rodriguez Lopez, bought a Ouija board while traveling through Jerusalem. The band had a few sessions and decided to write a song or two about their experiences with “contacting” the dead. Hitting the studio, they felt good about the new album. But then weird stuff started to happen. First the studio flooded, and then one of the studio’s engineers suffered a nervous breakdown. When singer Cedric Bixler-Zavala’s foot was injured, that was the final straw. The band burned the Ouija board and buried it where nobody could ever find it. Even rock stars, it seems, have their limits. 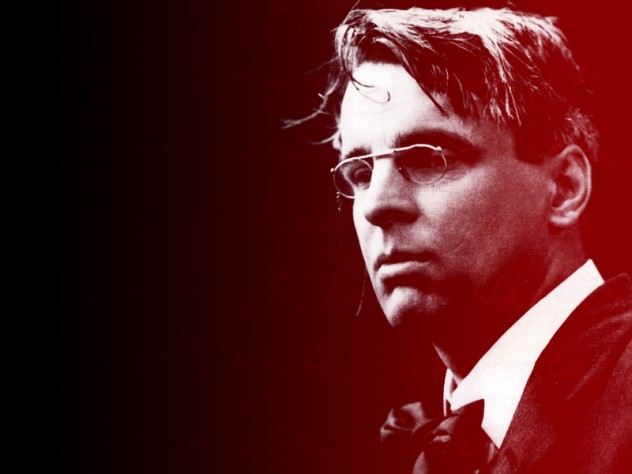 William Butler Yeats was always keen on the paranormal and the occult. At only the age of 20, he was one of the co-founders of the Dublin Hermetic Society. He attended his first séance in the same year. He was also a member of a secret society called the Order of the Golden Dawn, and it was at one such meeting where he would meet Georgie Hyde-Leees, whom he would go on to marry in 1917.

Hyde-Lees was a keen medium, and their love sprouted through their joint interest in all things occult. Yeats asked her to use her abilities to help him write a poem through one of her visions. One night, Yeats’ wife sent a spirit into the Irish poet’s hand. Yeats started to perform “automatic writing”—the process by which somebody writes without thinking what it is they’re writing. When Yeats’ hand had stopped moving he realized he’d written a poem. He called it Vision. 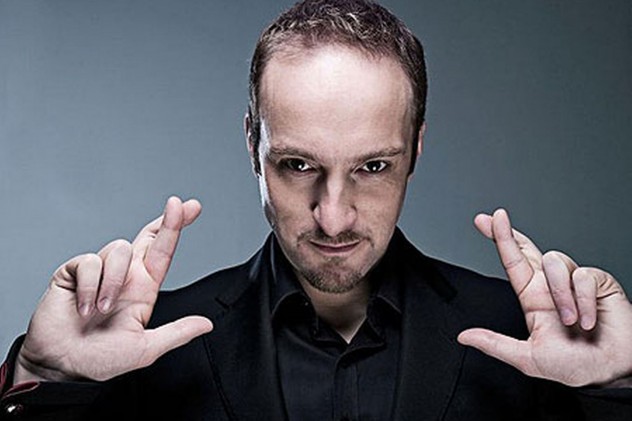 Derren Brown is a world-respected illusionist. In 2004, he pulled off one of his most remarkable stunts to date: a live televised séance. Shown on Channel 4 in Britain, the show involved Brown inviting 12 students to link hands and contact one or more members of a historical teenage suicide pact. The pact, and the story behind it, was completely fictionalized, as was the séance. But even so the show attracted well over 700 complaints from viewers shocked by the paranormal. 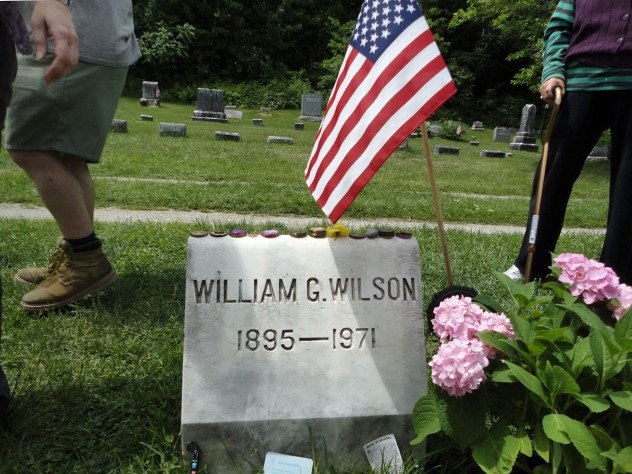 Alcoholics Anonymous co-founder Bill Wilson had a bit of a thing for the spooky things in life. He even had a room in his house dedicated to the paranormal and mystical which he called the “spook room.” He once claimed that this room, and the contact he made with spirits there, helped him to get over his alcoholism. One of the spirits he claimed to have chatted with was a 15th-century monk named Boniface. Wilson claimed in his autobiography that Boniface and the other spirits he contacted via the Ouija Board were responsibly for his creating of Alcoholics Anonymous’s world-famous Twelve Steps. 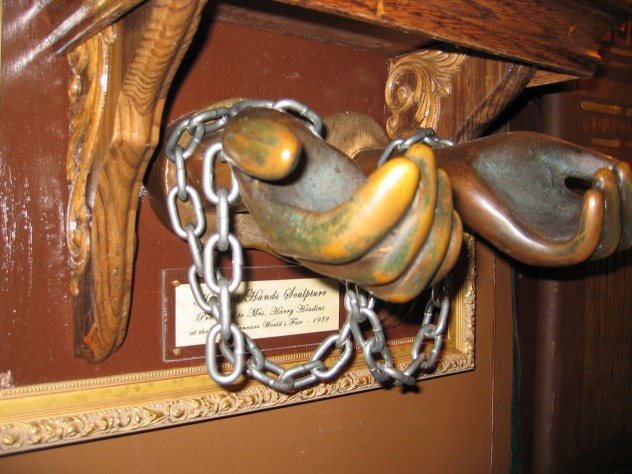 Up until the 1920s, legendary escape artist Harry Houdini was quite into his spiritualism. In fact, in his pre-fame years, Houdini himself would make money from bent séances. But after the passing of his mother and his failed pursuit of a genuine medium in order to converse with her once again, Houdini turned against what he believed to be con-artist spiritualists and went on a crusade to expose as many mediums as he could find.

The most famous case of Houdini’s righteous campaign came in 1924. Houdini had dressed up in a disguise to attend a séance conducted and judged by none other than the Scientific American magazine. The mediums were all vying for a prize—the first one to produce genuine paranormal phenomena would take home $2,500. Boston-based medium Mina Crandon was the odds-on favorite and widely respected for channeling the spirit of her dead brother, Walter. Houdini had made quite a habit of following Mina, more commonly known as Margery, and debunking her séances wherever they would be. In this case, with Houdini in the audience, the judges found too many faults with Margery’s channeling, known as “indications of fraud” and no one took home the prize.

In a bizarre twist, Houdini told his wife he would try to contact her after he died in one final attempt to prove or disprove the validity of séances. Around Halloween each year, a séance is held in memory of Houdini, and fans attempt to contact him. To date, Houdini has not popped by from the afterlife for a chat. 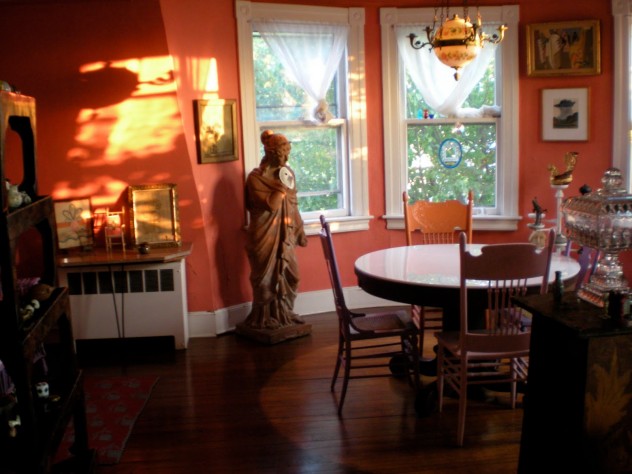 Poet James Merrill’s 560-page epic poem entitled “The Changing Light at Sandover” was published over three volumes from 1977. Sandover brought together two decades’ worth of messages Merrill had recorded from Ouija board sessions held by Merrill and his partner, David Noyes Jackson. Over the years, the various spirits Merrill communicated with included that of poet W.H. Auden and the Archangel Michael. After the success of this first set of work, it received the National Book Critics Circle Award in 1983. According to Merrill, the spirits ordered him to write and publish two more installments. Mirabell: Books of Number was published in 1978 and Scripts For The Pageant in 1980. He received the Pulitzer Prize for poetry in 1982. 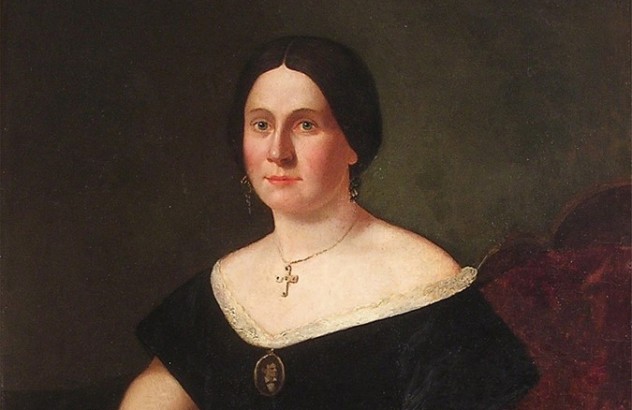 Mary Todd Lincoln, the wife of President Abraham Lincoln held séances in the White House while grieving the death of her son. In the years following her son’s death, Mrs. Lincoln couldn’t let her son go, so she would organize spiritualists to visit the presidential residence and communicate with the dead in the hope of speaking once again with Willie, her son.

3 The ‘Levitating In The Face Of Science’ Séance 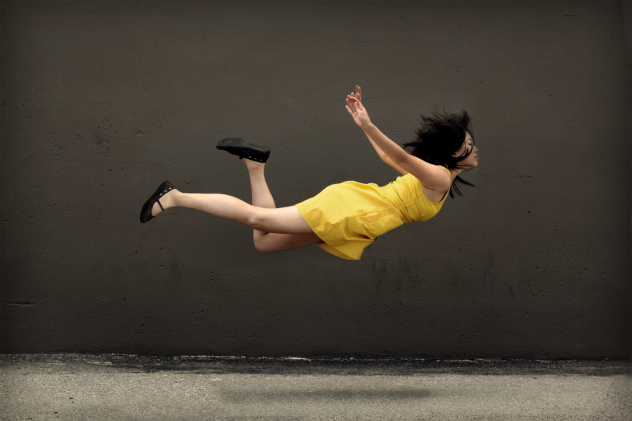 Daniel Dunglas Home made his name levitating at séances for the best part of 40 years. Although Home’s contemporaries Henry C. Gordon and Stainton Moses were two other mediums to also frequently experience the phenomena of levitation, Home’s levitations were more remarkable for the simple fact that he did them in well-lit rooms, as opposed to the usual darkened settings. He was also never revealed as a fraud.

Some might say that Home’s most famous séance occurred in 1857. On this particular occasion, five witnesses reported that Home levitated while sitting in his chair some four or five feet off the ground, an account recorded by Arthur Conan Doyle in his book A History of Spiritualism.

But Home’s most remarkable séance was certainly one he conducted in 1871. This time around, Home’s levitation was witnessed by one Sir William Crookes. But Crookes wasn’t just any old bum off the street. The revered man of science would go on to become the president of the British Society for the Advancement of Science. 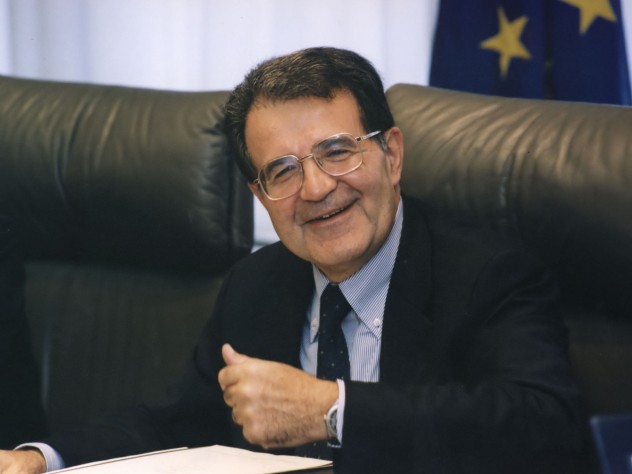 Politicians can do the strangest things. Former Italian Prime Minister Romano Prodi did perhaps the strangest when he was asked, under oath in an Italian court, how he knew where previous Prime Minister Aldo Moro was being held by the Red Brigades, the Marxist-Leninist paramilitary group. He said that during a séance held in 1978, with some professors from the University of Bologna, the “ghost” of former Florence mayor Giorgio La Pira had told Prodi the hideout where Moro was being held. Of course, no one believed Prodi for a minute; the truth was that Prodi didn’t want to reveal the identity of his left-wing source. No matter, the information garnered from “Prodi’s Ghost,” as his source has become known, proved a waste of time. Moro was found some weeks later. He’d been shot 10 times in the head. But to swear under oath that a séance saved a member of society is either mad, brave, or both. 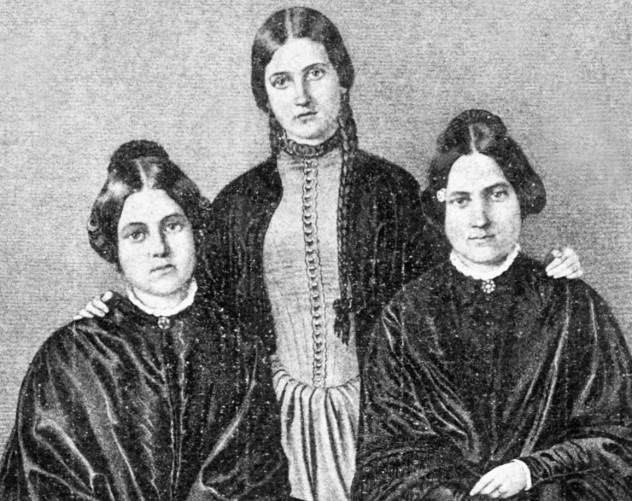 Kate and Margaret Fox were pretty odd sisters. While other siblings of the 1840s were off running through cornfields or playing hopscotch (or whatever girls of the 1800s did), Kate and Maggie were hanging out with ghosts. In fact, the Fox sisters play an important part in the history of spiritualism, as they’re recognized as conducting the first ever séance officially recorded in text.

By 1848, in the small town of Hydesville, New York, Kate and Margaret had created a code—a simple system of table raps which they used to communicate with the dead. Eventually, the pair started inviting friends over to witness the phenomenon. One particular séance was attended by family friends John and Susanna Moodie who had expressed an interest in the spiritualism reported by the girls. Kate Fox started the séance by asking the spirit if it minded speaking with the Moodies. After instructing the spirit to rap three times for a yes, the spirit did indeed rap three times. Susanna Moodie recorded her experience in a letter and so this reciprocated rap sound is the first-ever recorded “successful” communication with a spirit. The next test involved Kate Fox going through a list of friends, alive and dead, which she had asked Susanna Moodie to compile. Kate Fox asked the spirit to knock three times for a living friend and five for a dead one. The ghost got all knocks correct.

In summing up the séance, Susanna Moodie was clearly conflicted about what she had experienced: “I do not believe that the raps are produced by spirits that have been of this world,” she said. “But I cannot believe that [Kate Fox], with her pure spiritual face is capable of deceiving.”