Some politicians like to talk big and threaten to “have their opponents for lunch.” But how many people really have the guts to put the political flesh where their mouth is?

Incredibly, more than we’d like to believe. Here are 10 times when individuals in positions of power were suspected of engaging in cannibalism or became victims of it themselves or through their families. In all cases, it is truly as disgusting as it sounds. 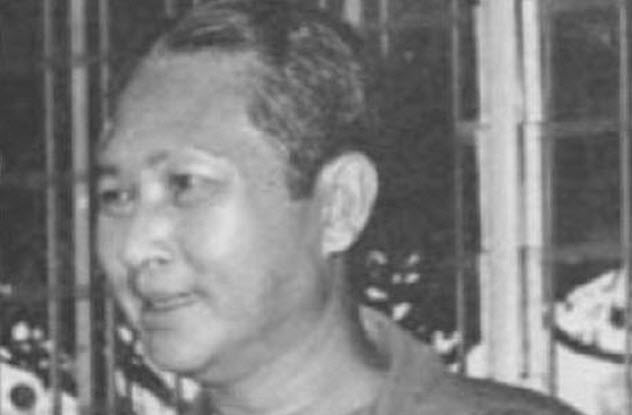 In 1970, a coup took place in Cambodia that removed Prince Norodom Sihanouk as the head of state and installed Cheng Heng. Directly below him was his prime minister, Lon Nol (pictured above), who became head of state in 1972.

The coup was littered with casualties on both sides. One of the highest-profile deaths was that of Lon Nil—Lon Nol’s brother. It occurred on March 28, 1970, as a direct result of Sihanouk’s public decree for Cambodians to revolt against the country’s new governing power.

This led to riots within the city of Kampong Cham. As a result, Lon Nol sent his brother to scope out the situation. Soon after arriving, Lon Nil was beaten to death by a mob of Sihanouk loyalists in a central marketplace. It’s believed that his chest was ripped open and his liver removed and prepared in a nearby Chinese restaurant.

Members of the mob then ate the organ, apparently to “express their extreme anger” toward Lon Nol. It’s also been suggested that there were spiritual reasons for the cannibalism. The Khmer Rouge often ate human flesh, believing the liver to be a particularly potent source of strength.

Eventually, Lon Nol was successful in suppressing the demonstrations in Kampong Cham. However, the Khmer Rouge seized power in Cambodia in 1975, sending Nol into exile.[1] 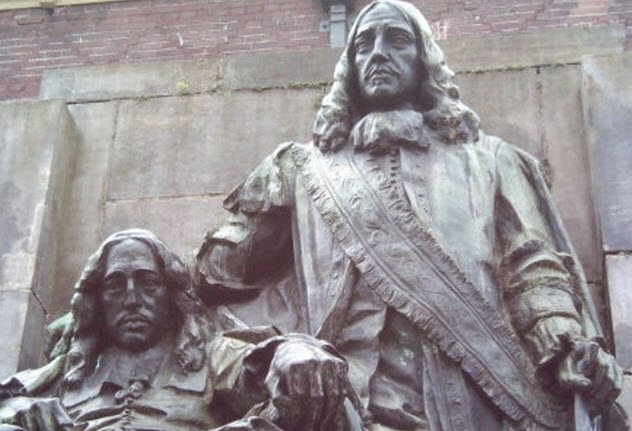 In Dutch history, there was a year so bad that it’s broadly referred to as Rampjaar. In English, it’s the disaster year, marked on the calendar as 1672. At the time, the man at the top of the Dutch political totem pole was Johan de Witt. Along with his brother, Cornelis, Johan was largely blamed for the crisis.

On June 21, 1672, Johan was badly wounded in a knife attack. He was removed from office that August. Soon after, Cornelis was accused of plotting to assassinate Willem III of the House of Orange. Cornelis was arrested on treason charges and, after initial torture, ordered into exile. When Johan went to visit Cornelis in prison shortly before his planned departure, the duo was savagely beaten and shot by an organized militia.[2]

Their brothers’ bodies were left on display for the general public. It’s strongly believed that the frenzied mob ripped the de Witt brothers to shreds and then ate the body parts, including the men’s livers and eyes. 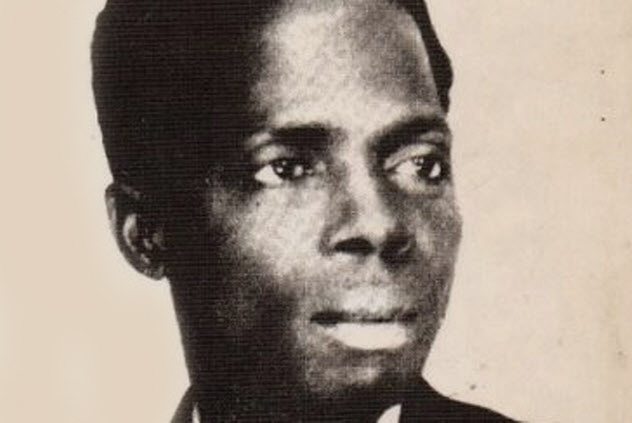 Victor Biaka Boda was elected to the French Senate in 1948, representing the Democratic Party of Cote d’Ivoire. Soon after his election, the party was actively targeted by the overseas French powers and suppressed.

Most likely, the date of Boda’s death was January 28, 1950. However, the circumstances of his demise remain a broader mystery. It’s known that his car broke down while traveling through the city of Bouafle. While his driver made the necessary repairs, Boda wandered off. He never returned. Boda’s possessions, along with bones, were found that November.

The remains were never positively identified as Boda’s. However, it’s been popularly speculated that he was eaten by his constituents. This appears to have originated from a satirical article in a French newspaper, suggesting that the whole thing could be made up.[3]

Boda did die, though. So something did happen when he wandered off the road. His death was officially recorded in 1953. 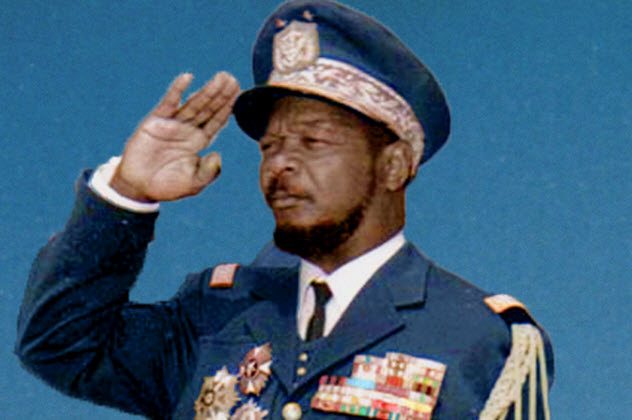 His rap sheet is long and bloody, including the murder of over 100 schoolchildren and acts of cannibalism. Bokassa downplayed the charges, testifying, “I’m not a saint. I’m just a man like everyone else.”

David Dacko was overthrown by Bokassa and then reinstated after Bokassa’s reign. Dacko said that human flesh had been found in Bokassa’s fridge, “trussed up and ready for roasting.”[4]

Ultimately, charges of cannibalism couldn’t be proven beyond a reasonable doubt. However, Bokassa was convicted of all other charges and sentenced to death.

In 1988, the decision was overturned by President Kolingba, who commuted Bokassa’s sentence to life imprisonment in solitary confinement. A general amnesty for all prisoners was declared in 1993, making Bokassa a free man once again. 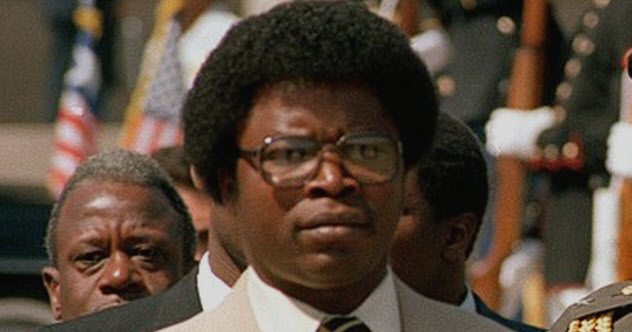 Samuel Doe was the president of Liberia from 1980 to 1990. He seized power through a coup d’etat, which resulted in the swift death of then-President William Tolbert Jr. The men in Tolbert’s inner circle were displayed in their underwear before their public executions.

To stay in power, Doe is believed to have rigged elections and ordered the massacre of over 600 people inside a church. He also publicly supported America’s Cold War policies and severed Liberia’s ties with both Libya and the Soviet Union. In return, Doe received US financial aid.

President Doe was overthrown in 1990 during another coup. He was captured and videotaped in his underwear as still-active Liberian politician Prince Johnson sat at a desk, drinking beer. Johnson ordered his men to cut off Doe’s ears, fingers, and toes to demonstrate that, contrary to popular belief, he was not protected by black magic. Then Doe was decapitated.

Allegations persist that Johnson and his men ate parts of Doe’s body at some point. However, Johnson, who now serves as senior senator from Nimba County, has strongly denied the allegations. He’s quoted as saying, “The Nimbaians are not cannibals. Even if I was a cannibal, I did not eat Doe because he was embalmed with chemicals for 25 years.”[5] 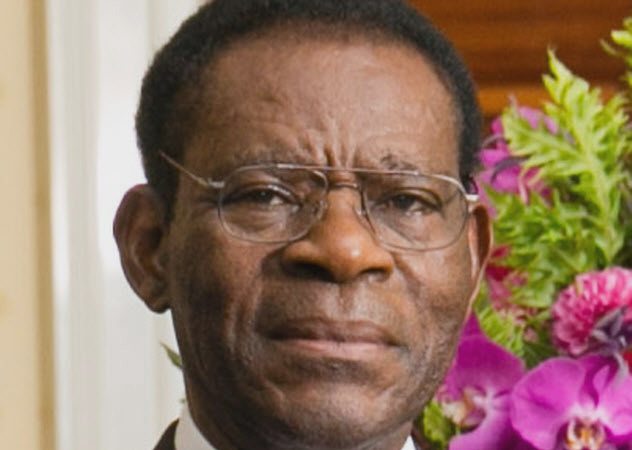 No other parties are allowed to gain momentum. Mbasogo is quoted as saying, “What right does the opposition have to criticize the actions of a government?”

In 2003, one of President Mbasogo’s aides declared on national radio, “He can decide to kill without anyone calling him to account and without going to hell because it is God Himself, with whom he is in permanent contact, and who gives him this strength.” During his nearly 40-year reign, Mbasogo has tortured and killed a lot of people.

Severo Moto, an exiled political enemy, was the first man to popularize the rumors of Mbasogo’s cannibalism. On a Spanish radio show in 2004, Moto said that Mbagoso believes he gains strength from eating his enemies. Moto told the show’s host, “Obiang wants me to go back to Guinea and eat my testicles. That’s clear.”[6]

4 Charles Taylor Accused Of Using Cannibalism As A Demoralization Tactic 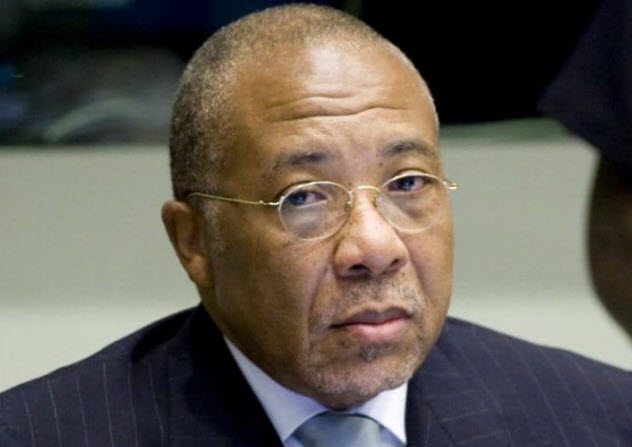 Charles Taylor was president of Liberia from 1997 until 2003. While in office, Taylor faced strong foreign accusations of crimes against humanity and war crimes. Most were believed to have taken place during the Sierra Leone Civil War.

Following his extradition from Nigeria in 2006, Taylor was subjected to a lengthy trial in which he was accused of eating human flesh and ordering others to do the same to terrify and demoralize his enemies. Taylor categorically denied the accusations: “It is sickening. You must be sick to believe it.”[7]

After he was found guilty in 2012 of terrorism, murder, rape, and more, Taylor was sentenced to 50 years in prison. The presiding judge stated, “The accused has been found responsible for aiding and abetting, as well as planning, some of the most heinous and brutal crimes recorded in human history.” 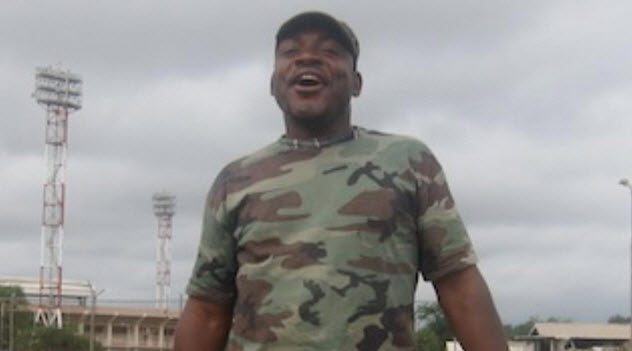 In the early 1990s, Joshua Milton Blahyi (aka General Butt Naked) led a mercenary unit in the First Liberian Civil War. They were known as the Butt Naked Brigade. As the name suggests, almost everyone fought in the nude. The few members of the brigade who weren’t in the buff wore women’s clothing. Also, they were incredibly high.

With his brigade known for its exceptional brutality, Butt Naked described a typical day:

Before leading my troops into battle, we would get drunk and drugged up, sacrifice a local teenager, drink the blood, then strip down to our shoes and go into battle wearing colorful wigs and carrying imaginary purses we’d looted from civilians. We’d slaughter anyone we saw, chop their heads off, and use them as soccer balls. We were nude, fearless, drunk yet strategic.[8]

Butt Naked and his fighters believed that human sacrifices, the consumption of flesh and blood, and the soldiers’ nakedness protected them from bullets.

General Butt Naked converted to Christianity in 1996 and has expressed remorse for his actions. He’s also stated his belief that satanic powers controlled him at the time and made him do things beyond his control. 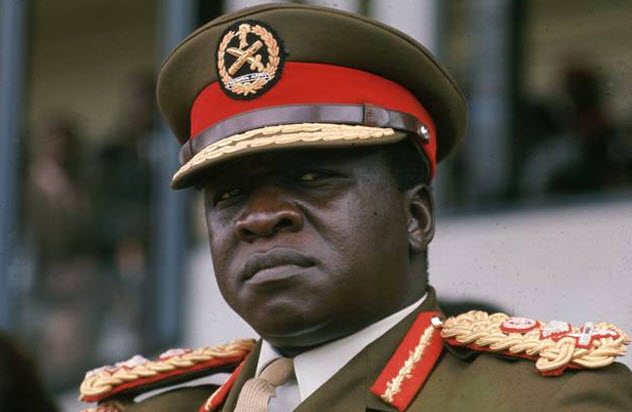 Idi Amin was president of Uganda from 1971 to 1979. During that time, he gained notoriety for his manicured image of buffoonery, which diluted the broad horrors of his regime. It’s estimated that up to 500,000 people were killed during Amin’s eight-year reign as president.

His father was Kakwa—a Ugandan ethnic group who used to practice blood rituals during which flesh was cut from the body of a dead victim and eaten to decrease the power of the person’s vengeful spirit.

Idi Amin observed the tradition in a unique way, claiming to keep human livers in his fridge. He remarked, “It is customary in Kakwa culture to eat the enemy’s liver to cleanse the sin of murder.”[9]

When asked about rumors of cannibalism, Amin often deflected the question with characteristic humor. In one instance, he said, “I don’t like human flesh. It’s too salty for me.” 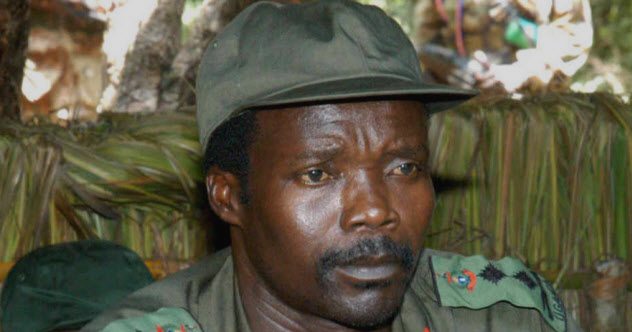 Joseph Kony is the leader of the Lord’s Resistance Army (LRA), which is mostly known for its operations in Uganda. Kony believes that he is God’s spokesperson and sees his mission in life as turning Uganda into a theocratic state based on the Ten Commandments. Kony also uses his professed religious beliefs to excuse an outrageously long list of atrocities for which he’s responsible.

Former LRA officer Francis Ongom is quoted as saying, “He has found Bible justifications for killing witches, for killing pigs because of the story of the Gadarene swine, and for killing people because God did the same with Noah’s flood and Sodom and Gomorrah.”

The LRA operates through a system of indoctrination, kidnapping young children and forcing them to commit horrific acts such as cannibalism. That includes drinking the blood of the LRA’s enemies and eating human flesh. Through these acts, inhibitions are lowered as well as the perceived chances of acceptance back into society.[10]

Pamela Aber was abducted and held by the LRA for five months before she managed to escape. According to Aber, she and her fellow prisoners were told to bite to death a 14-year-old girl who had attempted to escape:

We started biting her, but she did not die. When we were biting her, she was pleading to the rebels, saying they should forgive her and that she would not escape again. [ . . . ] Later, we were all told to beat her with a log, one after the other, until she died.

Kony’s power has reportedly diminished in recent years. It’s been reported that several thousand fighters were under Kony’s command at the LRA’s peak. Now there’s thought to be fewer than 100.

David prefers aubergine pizza over human flesh. You can read more of his writing at CultureRoast.com, and check out his videos at YouTube.com/CultureRoast.