During World War II, everyone had a plan—or at least thought they did. But for every plan put into action, an alternative one is scrapped or kept hidden for future use. And if any of the plans below had been used, our history would have changed entirely. 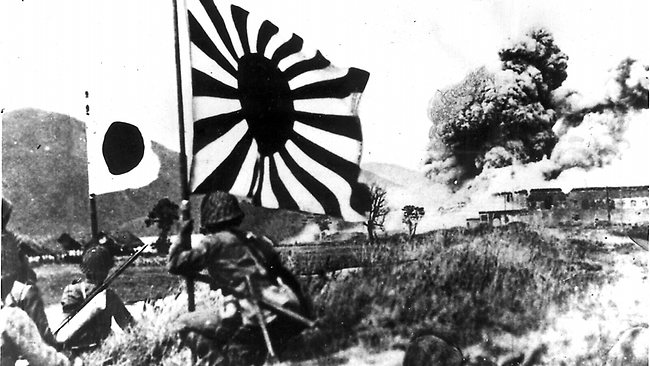 In 1942, a series of meetings took place between the war planners of the Imperial Japanese Army and Navy. Their forces had already occupied a vast portion of the Pacific, and Australia was the next obvious target. The navy proposed a limited invasion of northern Australia to prevent British and American forces from using it as a base. The army rejected this plan as they were convinced it would turn into a war of attrition. The army command would actually have preferred to stage a full-scale invasion, but the sheer size of the Australian continent would require 10 divisions—a number they would not be able to produce while most of their troops were stationed in China. Transporting and supplying them would also be a logistical nightmare.

Instead, they proposed a plan to encircle Australia, called Operation FS. By occupying eastern New Guinea, the Solomon Islands, and the New Caledonia-Fiji Islands Australia would be fully blockaded and forced to surrender. Neither the invasion nor the encirclement ever took place, as the US Navy would cripple the Japanese in a series of decisive battles across the Pacific.

9An Allied Invasion One Year Earlier Than D-Day 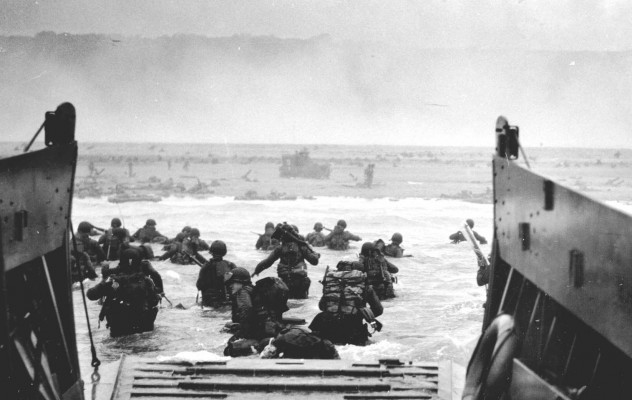 In 1942, General Dwight Eisenhower came up with a plan for early invasion of Germany. Dubbed Operation Round-up, the plan would see Allied forces land in France as early as 1943. The goal was to relieve pressure on the Soviets by forcing Germany to fight a two-front war. However, British planners believed that the attack was premature, as German defenses were still too formidable for the forces they had available. The attack was postponed in favor of Operation Torch, which was aimed at a softer target—North Africa. From there, the Allies would eventually make their way into Italy. Operation Roundup was implemented a year later, in the form of Operation Overlord. 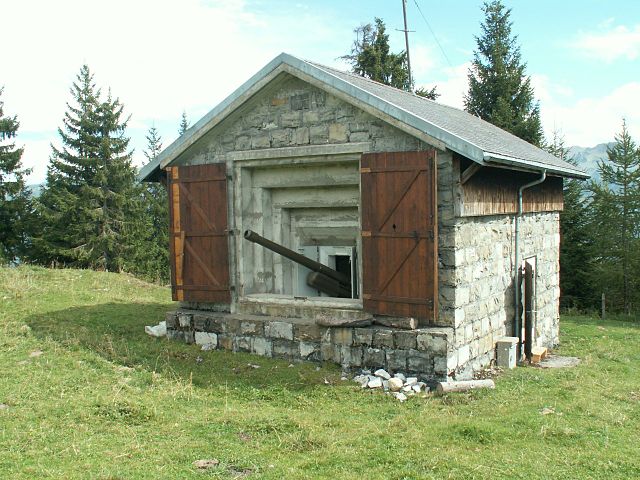 After the resounding victory over France in 1940, Hitler quickly ordered his generals to prepare a plan for the invasion of Switzerland. Called Operation Tannenbaum (German for “pine”), the campaign initially called for 21 German divisions, but was later reduced to 11 coming in from the north and 15 Italian divisions in the south. Fortunately, Hitler, who hated the Swiss to the point of calling their nation a “pimple in the face of Europe,” never gave the go-ahead to invade. It’s presumed that his attention had turned toward the Soviet Union and Britain.

As for the Swiss, they were clearly prepared to fight to the death. The entire population had been armed and more than 400,000 men mobilized to fight since the start of the war. The famous Swiss General Henri Guisan adopted the strategy called defense du reduit. The Swiss would initially defend their borders, before retreating into several fortresses in the Alps, where they would fight to the last man. A protracted guerrilla war on the cold mountain slopes of Switzerland would have cost the Axis Powers dearly. 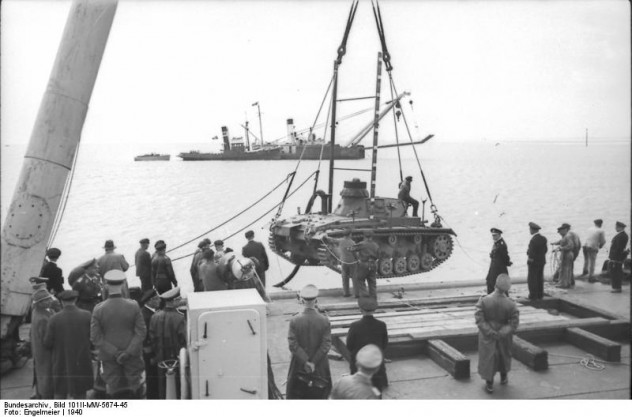 Hitler also planned to invade Great Britain after defeating France. Operation Seelowe (German for Sea Lion) would have mobilized 160,000 German soldiers aboard 2,000 barges to cross the English Channel. However, his generals were afraid of the British Royal Navy and Air Force and argued that air superiority should be established first. The Luftwaffe tried to destroy the RAF in a series of aerial battles over a three-month period which came to be known as the Battle of Britain. The British decisively beat the Germans back and the invasion was canceled indefinitely. This major setback influenced Hitler to go east toward the Soviet Union.

6Britain And France’s Air Strike On The Soviet Union 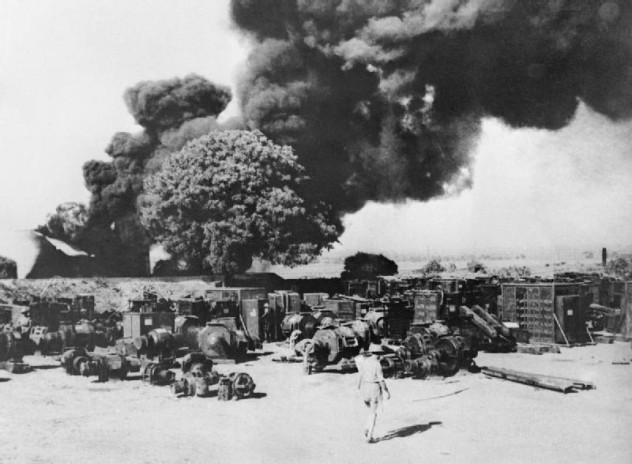 Shortly before World War II started, Britain and France were already concerned about the Soviet Union supplying oil to Germany. Both countries had just signed a non-aggression pact, allowing Germany to start the war without Soviet interference.

In response, British and French planners developed a plan, dubbed Operation Pike, to severely cripple the Soviet economy by bombing key oil facilities. The oil shortage would also undermine the German war effort. They concluded that the best targets would be the oil fields of Azerbaijan, which were within striking distance of British and French bombers stationed in the Middle East. In April 1940, the bombers did actually reach their targets, but no bombing occurred. Instead, they decided to use their airpower to threaten the Soviets over supplying oil to the Nazis.

After Germany invaded the Low Countries and France in 1940, the plan was shelved indefinitely. The British feared that had the attack occurred, the Soviets would have sided with the Germans. 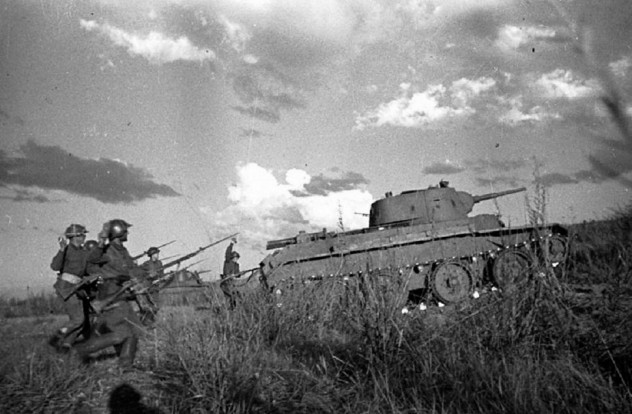 As early as 1937, the Japanese had already planned a series of operations to take Soviet territories in the Far East, particularly Siberia. During an Imperial Conference in July 1941, the Japanese agreed that they would invade Soviet territory only if Germany’s own invasion of the Soviet Union was going well. The Soviets would have been forced to fight a two-front war against the Germans in the west and the Japanese in the east. Though the Japanese and Soviets had a neutrality pact, neither side trusted the other, and both continued to station large armies along their border.

The Japanese Army, which held a hokushin-ron or “northward advance” policy, aggressively pushed for the declaration of war against the USSR. They argued that they could take the Soviet Far East territories easily, since the Soviets were too busy fighting the Germans in Europe. However, an earlier defeat against the Soviets in 1939 greatly discredited that position. Additionally, the Germans were being slowly beaten back by the Soviets. In the end, military officials picked the Japanese Navy and their nanshin-ron or “southward advance” view, a move that would lead to war with the United States.

4Germany Planned To Invade Gibraltar And Force Spain Into The War 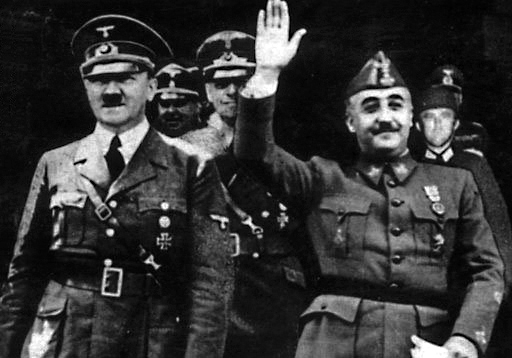 In 1940, the Nazis, smarting from their failure to pave the way for the invasion of Britain by destroying the Royal Air Force, hatched a plan to take the British stronghold of Gibraltar. By seizing Gibraltar, located at the tip of the Iberian Peninsula, Germany could prevent the Royal Navy from operating in the Mediterranean and completely cut off Britain’s supply lines from the Suez Canal. They would try to starve the British into surrender.

Code-named Operation Felix, the invasion required sending German troops into neutral Spain. Top government officials between the two sides held a series of discussions on the proposal. Adolf Hitler even personally asked Spanish dictator Francisco Franco for his support. Franco ultimately turned him down, since the arrival of German troops would mean Spain entering the war on Germany’s side. He was more afraid of a British invasion than he was of the Fuhrer. Hitler would continue to consider Operation Felix even after his forces had invaded the Soviet Union in 1941.

3Japan Intended To Strike The US With Chemical Bombs 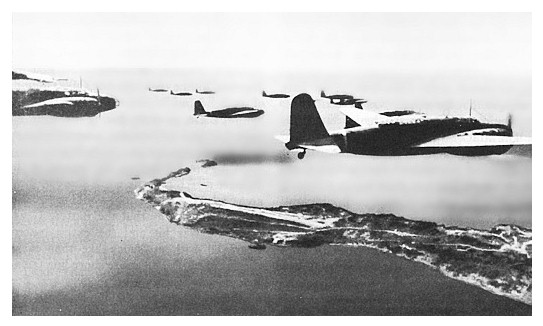 In the closing days of the war, Unit 731, Japan’s feared biological and chemical warfare unit, planned a deadly chemical attack on the United States. Kamikaze bombers loaded with plague bombs would target a poorly defended but densely populated area. The chosen target was San Diego, California. The mission, called Operation Cherry Blossoms in the Night, would be carried out on September 22, 1945.

By this time the Japanese Navy was a spent force and had to rely on ingenuity to carry out the mission. To get the bomber within striking range it decided to use its latest creation—the submarine aircraft carrier. This was a huge submarine that carried a single airplane on its hangar. The sub could sail undetected close enough to launch the plane. The attack had no military value but was seen as a last-ditch attempt to dissuade the US from invading the Japanese mainland. The plan was never carried out, as the Americans beat them to it with the atomic bomb.

2The US Would Have Invaded Japan 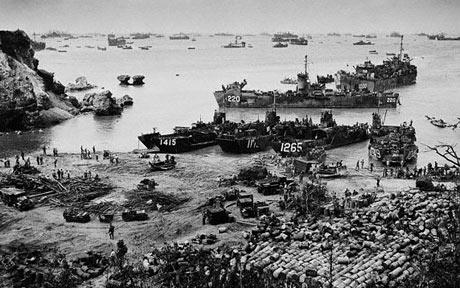 In April 1945, the US Joint Chiefs of Staff appointed General Douglas MacArthur to lead the final invasion force against Japan. Code-named Operation Downfall, the plan called for a whopping 2.5 million soldiers. The plan itself was divided into two parts: Operation Olympic and Operation Coronet. Both would have been larger than the Normandy D-day landings. Given that the Japanese were prepared to fight to the death, the Allies were willing to use chemical warfare.

Fortunately, Japan surrendered on August 15 after the atomic bomb was dropped on Hiroshima and Nagasaki. If Operation Downfall had happened, the number of casualties would have been horrifying: It has been estimated that America would have suffered between 400,000 and 800,000 killed and as many as four million wounded, while the Japanese would have taken 10 million casualties. 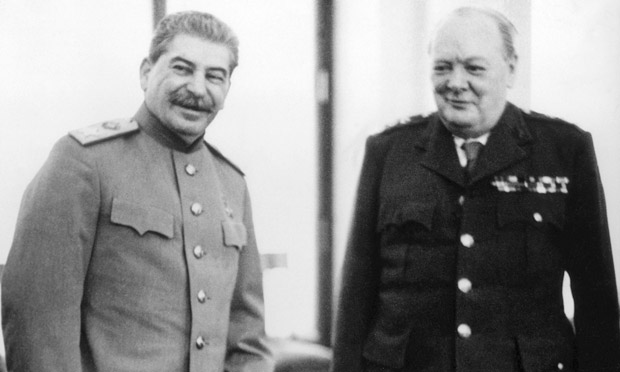 After Germany’s defeat, Europe was now divided between the Allies in the west and the Soviets in the east. Winston Churchill did not trust Stalin to liberate the countries his forces occupied, and so he and his military planners prepared Operation Unthinkable, which would have pitted the Allied forces against Soviet troops across Europe. Hostilities would begin on July 1, 1945 and involve re-arming 100,000 German soldiers to join the Allies. He also wanted the US to use the atomic bomb should the Soviets refuse to surrender. Churchill’s plans never transpired, as the Americans were too weary for another war. In a cable sent from the White House, US President Harry Truman told him the US would not help him drive the Russians from Eastern Europe.