While Christianity and Islam have had their differences, it’s good to know they also share a lot of similarities. One good example would be the main characters in the lore of each respective holy tradition. And when you compare them, the Islamic versions tend to be objectively much more awesome. 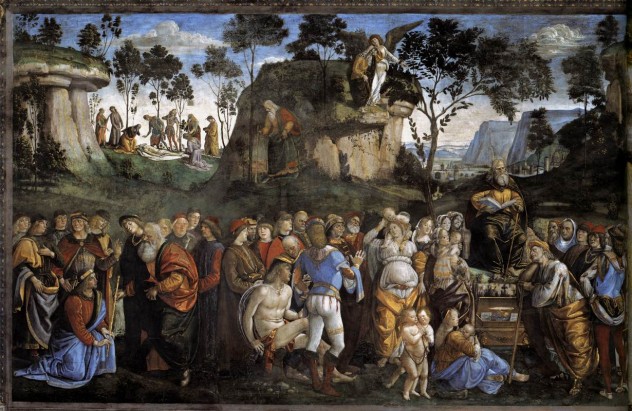 Moses was a true badass in his stories. Aside from the generic splitting-the–Red Sea stuff, he made the Pharaoh’s magicians repent after thrashing them in their magic contest. Although only mentioned in passing in the Koran, Islamic tradition states that Moses was quite ripped in his old age. To dispel nasty rumors that Moses was suffering from some bodily defects, God had a rock steal his clothes as he was taking a bath.

Naked Moses ran after the rock. His followers took one look at him and realized he was in perfect shape. As further demonstration of his strength, Moses struck the rock so angrily that he left five visible dents on it.

One of the greatest examples of his prowess came from literally beating Death. Another Islamic tradition tells that Moses actually punched the Angel of Death in the face as he was coming to pick him up. The angel came complaining to God that the man just didn’t want to die. 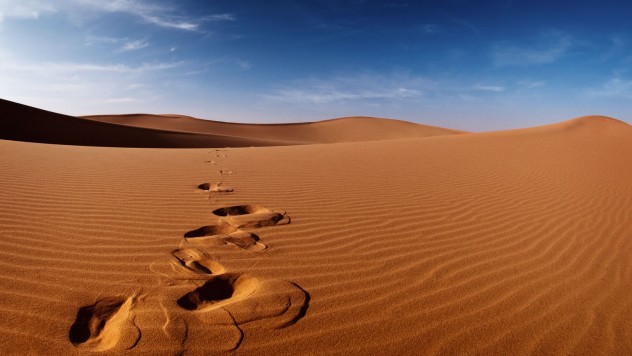 While we don’t recommend this activity for pregnant women, Mary was no ordinary woman. In this version, Mary’s mother promised God that she would leave her child in the care of the temple if she gave birth at an old age. Sure enough, she gave birth to Mary, who was placed under the care of Zachary, a temple priest. One day, an angel visited and told Mary that she would give birth to Jesus. When the time to give birth came, she walked off to a secluded place in the desert and gave birth to Jesus under a palm tree. To prevent her from dying, God provided her with dates from the palm tree and water from a nearby stream. And we thought giving birth in a manger was hard enough. At least the manger scene had Joseph and a donkey. 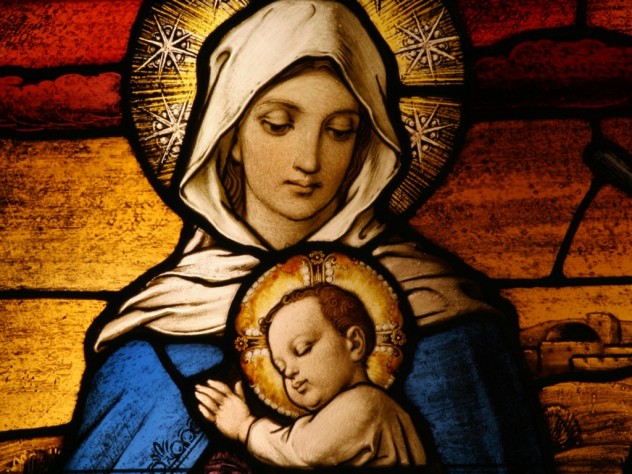 While Mary was giving birth, Jesus (still in her womb) was already telling her not to give up. After she gave birth and went back to town, the people saw her baby and began to call her a whore and an embarrassment to her family because she became pregnant without a husband. Mary, under a vow of silence, just pointed to her infant son who immediately rebuked her detractors and left their jaws hanging.

Growing up, Jesus also performed a bunch of miracles like the biblical version. However, one of his more noteworthy miracles includes summoning a table with food from heaven after being requested by his disciples. He also made a living bird from clay.

Best of all, he doesn’t even die at the end of the story: He’s taken up to heaven by God. His enemies were made to believe they killed him, but in reality, they killed another man who looked like him. Not bad for a guy who wasn’t the son of God in this book. 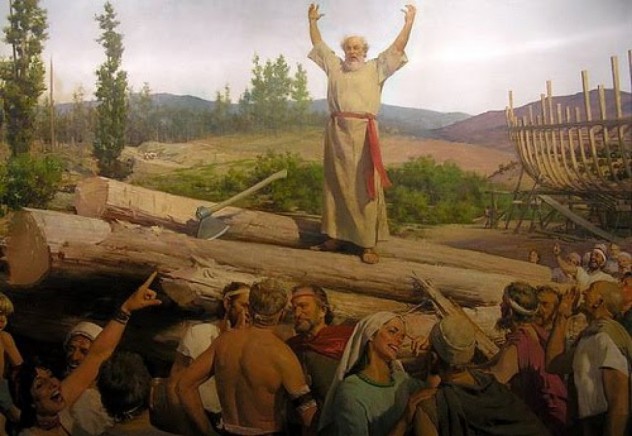 As the people were growing more evil by the day, Islamic tradition says that God sent Noah to convince them to repent. Noah faithfully performed his duty and preached to the people for 950 years without missing a single day. During this time, he endured being mocked and shamed by the people on a daily basis. All the while, he remained patient and optimistic that they would see reason. After almost a millennium of nonstop preaching, Noah managed to convert just 80 people, most of them the poor, powerless, and without any influence. Noah realized that the people would never change and prayed to God to wipe them out. God accepted his prayer, and the rest is history.

6 The Awesome Adventures Of Enoch 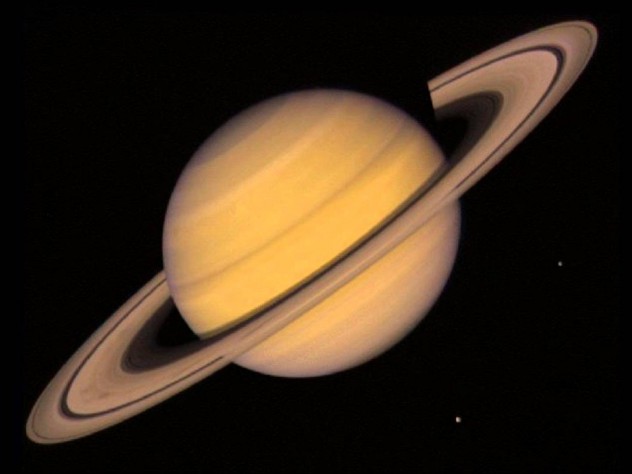 According to Islamic accounts, Enoch did a lot more amazing stuff than just defying death. (In the Bible, he is summoned to heaven while still alive.) In the Islamic version, God ordered Enoch to preach to the descendants of Cain. These people were leading wicked lives, and Enoch invented the weighing scale to stop the merchants from deceiving their customers. The merchants didn’t like this and tried to murder him. In defense of his life and family, Enoch invented the sword and eventually managed to convert most of the people to his side. As a reward for his devotion, God allowed Enoch to travel to the planet Saturn, where he personally received instruction from the angels. Gabriel also showed Enoch books from heaven’s library and taught him how to make a pen. He soon received distinction as being one of the wisest scholars to have ever lived.

5 David Was An Ancient Magneto 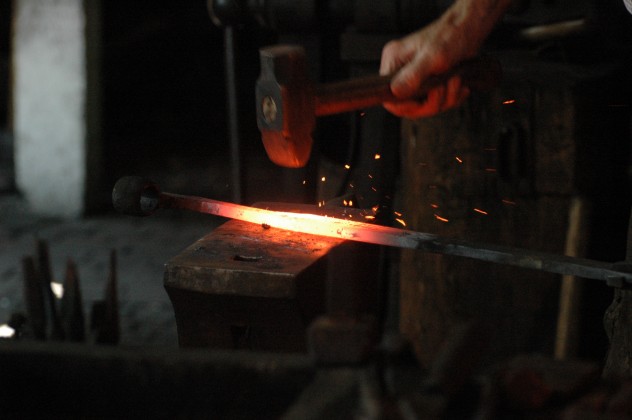 Aside from being an awesome warrior, the Israelite King David was also an exceptional blacksmith. “Exceptional” meaning he could forge iron—with his bare hands. God taught David how to make coats of mail and other implements without using any sort of equipment.

His bare-handed prowess wasn’t limited to making iron armor either. One night while he was asleep, Saul sneaked into his tent and tried to murder him. Saul stabbed and cut David several times but failed to penetrate the iron coat he wore underneath his clothes. Waking up, David grabbed Saul’s sword and turned it into melted butter. At this point, he could have annihilated Saul, but David, being the ever-loyal follower, fled instead. After David’s death, no one could replicate his unique style of making armor for centuries, and even then, they weren’t doing it bare-handed. 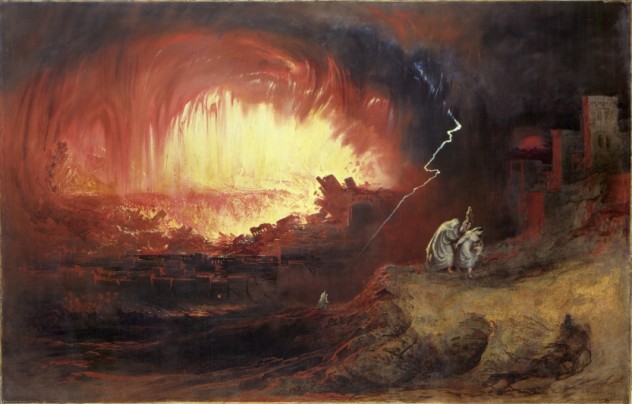 While most angels had four to six wings in the Bible, Mohammad claimed that he saw the full appearance of the angel Gabriel in his visions. According to him, Gabriel had 600 wings, which encompassed the entire horizon.

Also, in the story of Sodom and Gomorrah, Gabriel was more than just a messenger sent to warn Lot. He was also there to destroy the two towns. After letting Lot and his family escape, Gabriel grew into a giant and uprooted the towns. He raised them so high that the beings living in heaven could hear the noise of the roosters and the dogs. He then slammed them back to the Earth and, to make sure no one survived, rained heavy boulders on them. (That’s a pretty clear message about the kind of thing that was going on there.) 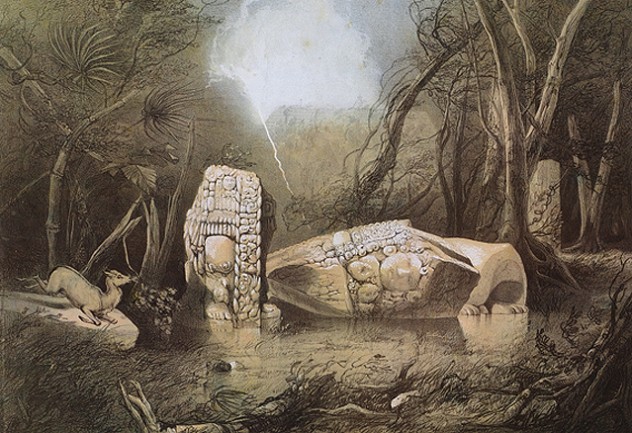 When he was young, Abraham received a vision from God and resolved to worship him alone. He became disgusted with his father and townspeople for worshiping their handcrafted idols, and he preached to them to change their ways. After being rebuffed several times, Abraham decided to destroy all the idols except for the biggest while no one was looking.

After the townspeople discovered the wreckage, they immediately suspected Abraham, who told them to ask the largest idol who the culprit was. The townspeople were at a loss since they knew the idol couldn’t speak. After he made them look like fools, the people tossed Abraham into a furnace. They probably all had a beer in hand, because they knew it would be a human barbecue, but they were flabbergasted that Abraham was unharmed. After leaving the fire, Abraham was summoned to a debate with the king. The king proclaimed himself a god before Abraham, who challenged him to make the sun set (sun-setting is probably cake for a god). The king conceded defeat. 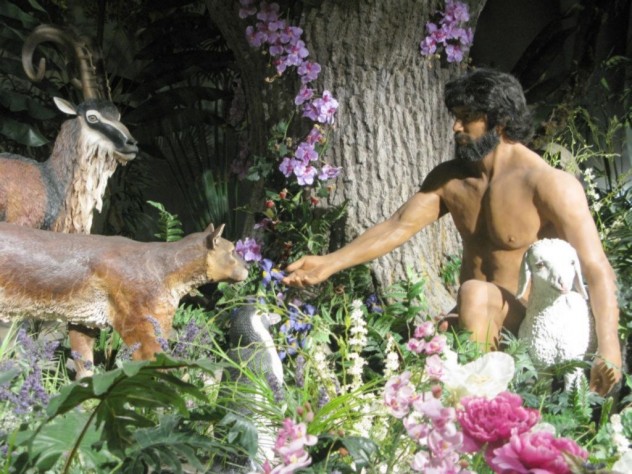 In the story, God tells the angels that he was going to place Adam in charge of the Earth. The angels voice their displeasure and ask why God would choose someone who would ultimately disobey him in the end. To settle this, God challenges them and Adam to name all of the animals. God had previously taught Adam all their names. He tells the angels to go first, and they say that they couldn’t possibly name them all. God then asks Adam to recite all the names—which he does perfectly. Seeing that they were thoroughly beaten, God then tells the angels to bow down before Adam. All of the angels do so except for Iblis, who would be known later as Satan. 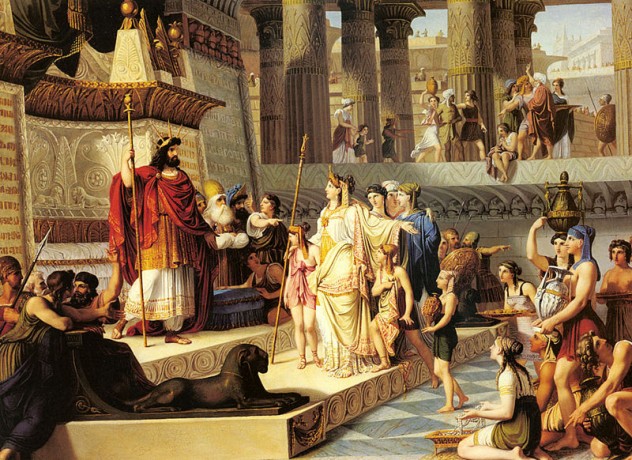 King Solomon was so wise and powerful that he could control animals, demons, and even the wind. The wind carried him wherever he pleased, and he forced the demons to build his buildings; he also conscripted them and the animals to his army.

Upon inspecting his troops one day, Solomon noticed the hoopoe (a kind of bird) was missing and demanded to know its whereabouts. Sure enough, the bird arrived and informed Solomon of his encounter with the mighty pagan queen of Sheba. Solomon ordered the bird to tell the queen that he would wage war on her if she didn’t convert from her paganism. The bird relayed the message to the queen, and after a few diplomatic gaffes (it was just a bird, cut him some slack), she traveled to Solomon’s palace. His wisdom and the kingdom’s grandeur overwhelmed the queen, who promptly submitted herself to Solomon and his religion.

Solomon continued to prosper throughout his reign. He finally died while sitting on his throne and leaning on his staff. No one (not even the demons) noticed his death until a single termite gnawed through his staff and caused him to fall over.