We go to amusement parks for thrills, knowing in the backs of our minds that, like watching a horror movie, everything is perfectly safe. Roller coasters that fling us gasping into the stratosphere, pinned in place by G-force, merely present the illusion of danger. This is true most of the time, but there are huge machines lurking behind the park’s smoke and mirrors, and one minor slip is all it takes to turn fun into tragedy. 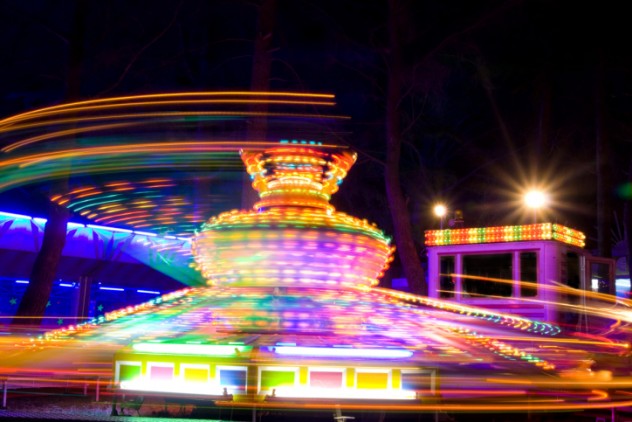 On June 9, 1991, death stalked the grounds of Kings Island amusement park. In one incident, a man fell into a pond. A friend, 20-year-old William Haithcoat, and a 20-year-old park employee named Darrel Robertson, attempted to rescue him. All three suffered an electric shock, fatal to both Haithcoat and Robertson. Only an hour later, 32-year-old Candy Taylor fell from a ride called the Flight Commander and died from the impact.

Perhaps not coincidentally, the grounds of Kings Island have been rumored to be haunted. People have reported seeing a little girl in a blue dress. In 2012, an episode of the SyFy Channel’s Ghost Hunters was filmed at the park. 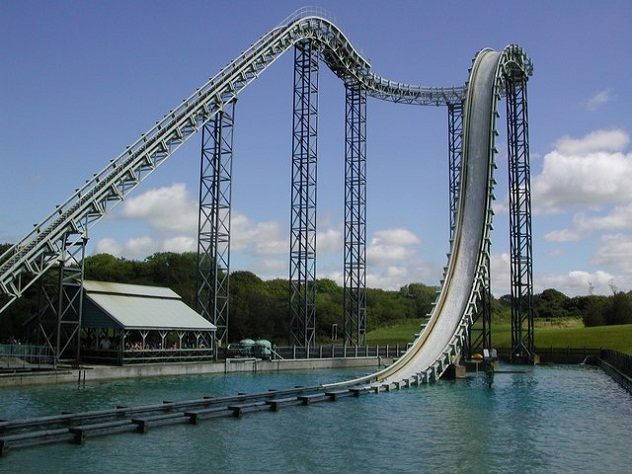 In April 2004, 16-year-old Hayley Williams visited Oakwood Theme Park with her family. While riding Hydro, a water roller coaster, she suddenly flew out of her car, falling 30 meters (100 ft) to the ground. She later died of internal injuries.

The park was fined £250,000 for negligence, after it was discovered that employees habitually declined to check the bars and seat belts that held riders in place on the Hydro. The ride was closed for a year after Hayley’s death and then renamed “Drenched.” 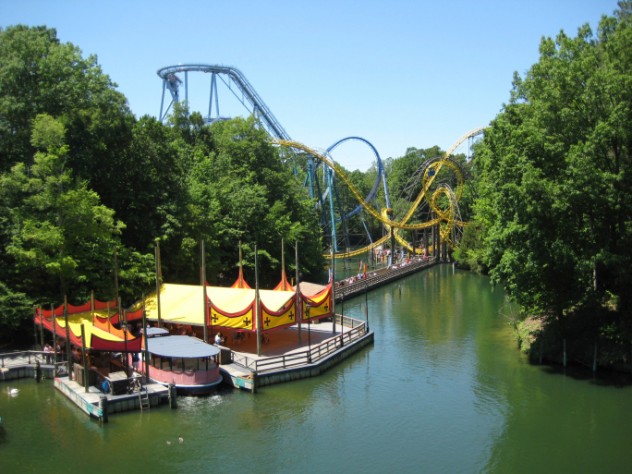 New Jersey’s Action Park boasted perhaps the worst reputation of any amusement park in history. The place was a perfect storm of unsafe rides, drunken patrons, and disinterested teenage employees. Countless injuries were suffered on the park’s water slides. At least six people were killed during the park’s history, including three drownings, an electrocution, and a heart attack allegedly caused by the shock of frigid water beneath a rope swing.

One man died when the car he was riding on leapt off the Alpine Slide, causing him to smash his head on a rock. By 1998, the crushing weight of lawsuits forced the owners to close down Action Park. A few years later, it was reopened in a sanitized version as Mountain Creek with a new emphasis on safety, the reckless and sinister history buried beneath signs and regulations. 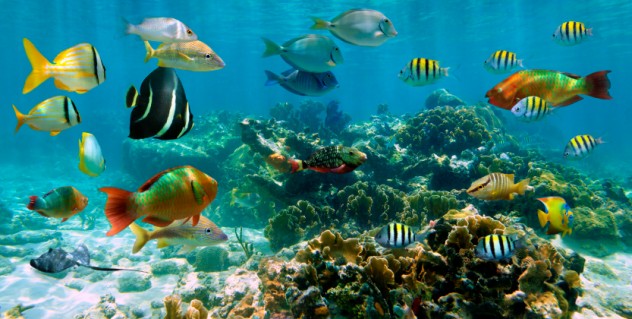 Part of Sea World in Orlando, Florida, Discovery Cove aims to give its guests an interactive experience, with the opportunity to snorkel among tropical fish and interact with dolphins, otters, and monkeys. For many, such an experience would be a dream come true, but for 59-year-old British tourist Keith Clarke, it would turn into a nightmare that ended in his death. While swimming at the park, he cut his toe on a piece of coral.

A hemophiliac, Clarke suffered complications from the wound, and three days later he collapsed at the airport on his way home. Suffering from septic shock, he was flown home to England, where doctors attempted to save him by amputating his legs below the knee. Their efforts would come too late, and Clarke died of group B streptococcal septicaemia after his organs failed. 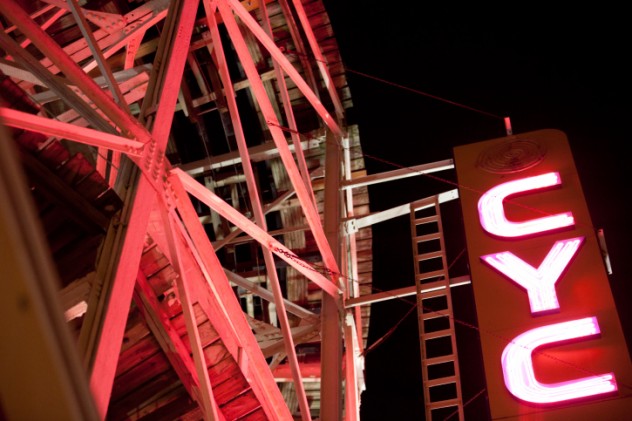 Today, Brooklyn’s Coney Island is a pale imitation of its glory days before World War II, but a few of its better-known landmarks, including the Wonder Wheel and the Cyclone, continue to operate. The Cyclone, a wooden roller coaster, was built in 1927 and has been inducted into the National Register of Historic Places. When it opened, a ride cost a mere 25 cents, compared to the $9 fare you will pay to ride it today.

The rickety coaster has been tied to several injuries and at least three fatalities, the latest that of 53-year-old Keith Shirasawa, whose neck was broken by the force of the Cyclone’s first drop. Shirasawa was rushed to the hospital, but he died days later from surgical complications. 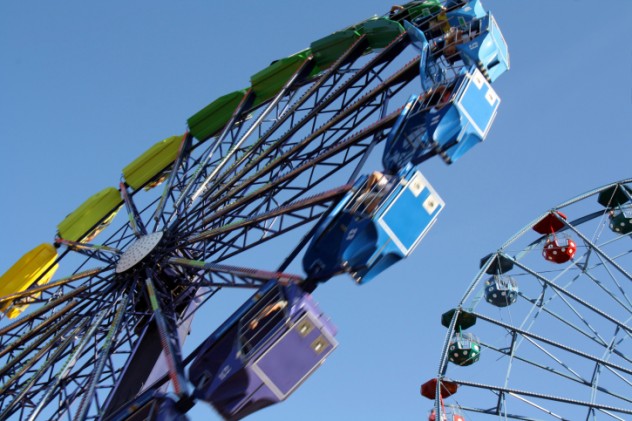 In July 2002, 15-year-old Salma Saleem, who had Down’s syndrome, fell more than 6 meters (20 ft) from a Ferris wheel at Gulliver’s World Theme Park. Saleem died of head trauma. An investigation in the wake of the incident found that the girl had wanted to ride with her mother, but park employees thought she was too big and instructed her to sit in her own gondola.

Neither Salma nor her mother were fluent enough in English to protest, and the girl apparently clambered out of her seat and dropped out soon after the ride began. Although her lap bar was found to be locked following the accident, the park was heavily fined for health and safety violations. 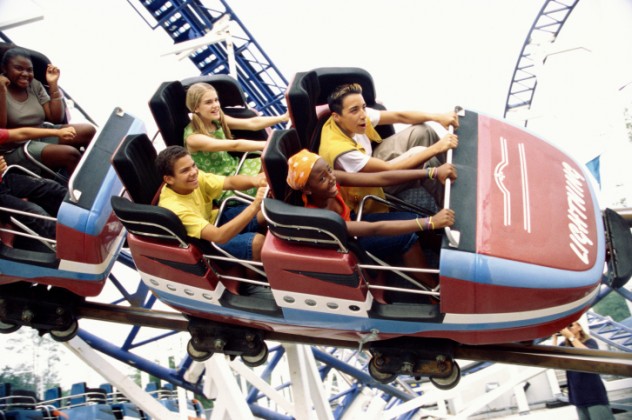 Batman: The Ride is a roller coaster that takes riders through the streets of Gotham City and the depths of the Batcave. In June 2008, the ride claimed the life of 17-year-old Asia Leeshawn Ferguson. Ferguson had lost his hat while riding on the coaster and, determined to get it back, climbed over two fences and ignored signs that warned him of danger.

Unfortunately, the boy wandered into the path of the ride as it thundered along at 80 kilometers (50 mi) per hour, and he was decapitated. Six years earlier, a groundskeeper was killed under similar circumstances when he approached the ride while in motion and was hit in the head by the leg of someone on the coaster.

Think you could design a safer ride than these ones? Play the classic game Rollercoaster Tycoon 2: Triple Thrill Pack at Amazon.com! 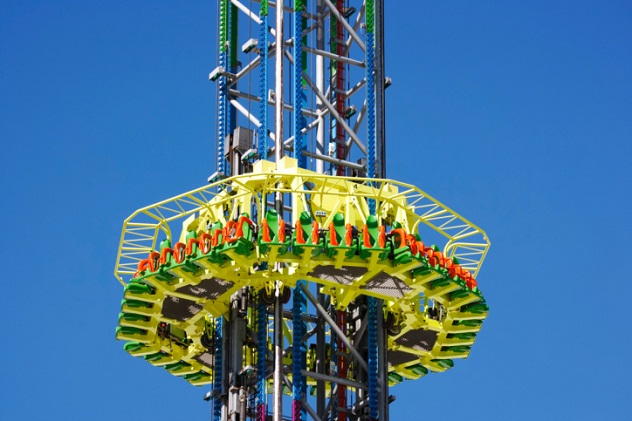 Batman is not the only bloodthirsty superhero ride in the Six Flags family. The Superman Tower of Power at Six Flags Kentucky Kingdom was the site of its own grisly incident. The Superman ride lifts its passengers about 17 stories and then subjects them to a dizzying free fall.

Unfortunately, on June 21, 2007, a cable broke, wrapping around 13-year-old Kaitlyn Lasitter’s neck and legs. She was able to free the cable from around her neck, but it snapped taut around her legs as the ride descended, severing her feet. Surgeons were able to reattach the girl’s right foot. Shortly thereafter, the ride was removed from the park. 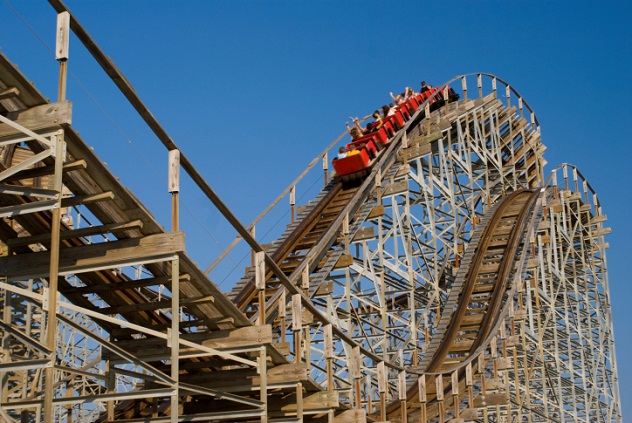 In 1951, Battersea Park in London unveiled the Fun Fair as part of the Festival of Britain. The major attraction at the fair was The Big Dipper roller coaster. Though it did not appear nearly as intimidating as some of the twisted-steel monstrosities seen at theme parks today, The Big Dipper was extremely dangerous.

In 1972, there was a terrible accident when one of the coaster’s cars broke loose and rolled back into the station. Five children were killed and many more injured. The incident would mark the death of the Battersea Fun Fair, which limped on until 1974 before shutting down. 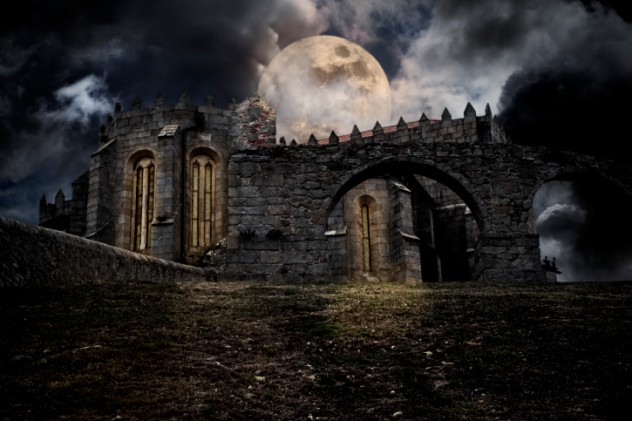 Six Flags Great Adventure’s Haunted Castle attraction was typical of most haunted houses: a quick walk through a darkened space where employees dressed as ghosts and goblins leaped out to frighten you. But on May 11, 1984, park-goers experienced true horror when the Castle burst into flames. Most of the attraction’s visitors were able to make their way to safety, a few suffering smoke inhalation, but eight teenagers became trapped and died in the blaze. Their bodies were torched beyond recognition and had to be identified by dental records.

In the wake of the tragedy, the park would be brought up on charges, as the Haunted Castle lacked basic safety precautions like sprinklers and smoke detectors. However, Six Flags escaped responsibility for the incident, as the Castle was considered a “temporary structure” and the fire was likely a case of arson rather than negligence.

And finally, to close off on a lighter note, we have the strange case of Fabio. The Italian model is best known for gracing the covers of supermarket romance novels and hawking “I Can’t Believe It’s Not Butter!”. He would also become a part of one of the more ridiculous incidents in amusement park history in 1999, when he visited Busch Gardens in Williamsburg.

Fabio had been given the honor of riding the Apollo’s Chariot roller coaster on its very first voyage. During the run, the model suffered an unfortunate collision with an airborne goose. He was photographed exiting the ride, his nose cut and streaming blood. Fabio was packed off to the hospital, where he was treated for minor injuries. The goose didn’t make it.