Animal die-offs are when a large percentage of an animal population suddenly and inexplicably dies. Most of the time, we aren’t sure why it happens. Other times, the cause is more obvious—miniscule changes that ripple through an ecosystem and leave a devastating mark on its inhabitants. Mass die-offs like this are natural, but they seem to have picked up in the past decade. These mass animal deaths, for example, all happened in the past few months. 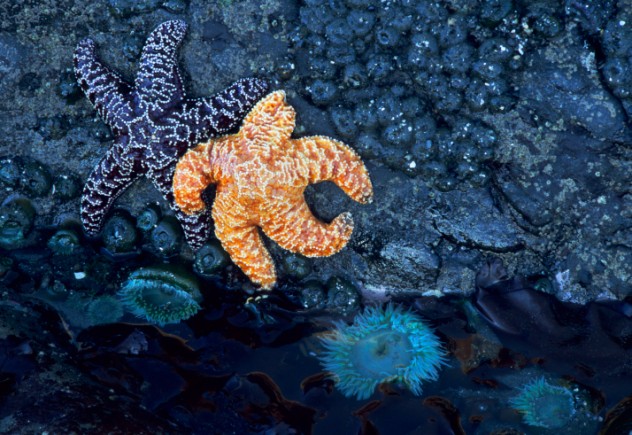 Like most species of starfish, sunflower starfish have the ability to regenerate their lost limbs. They can have up to 20 and often grow as large as 1 meter (3 ft) across. But the sunflower starfish population that inhabits the coastline of British Columbia, Canada is facing something against which it has no defense—and marine biologists have no idea what it is. All they know is that starfish are dying in record amounts, their bodies basically disintegrating into a slimy ooze all over the ocean floor.

The problem was first noticed in September by a scuba diver, who first thought that the mangled starfish bodies were from crab fishermen who had used the limbs for bait and then discarded the rest. As he came across more and more corpses, he realized that there had to be something more deadly affecting the starfish population. Right now, the leading theory is that the starfish are being killed by an infection known as the sea star wasting disease, and it continues to spread.

Dead starfish are turning up in the waters of the Atlantic all the way down to New Jersey, as well as in the Pacific off the coast of California. It’s impossible to say how many have died, but one thing is certain: It’s going to keep happening. 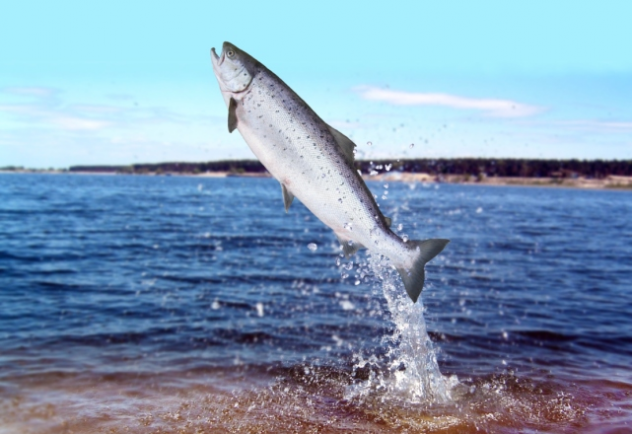 Infectious salmon anemia, or ISA, is sort of the flu of the fish world. It’s a highly contagious virus that has the potential to wreak havoc in isolated fish populations by causing internal bleeding that eventually kills the fish. When ISA is discovered in a fish hatchery, it’s a race against time to contain it before it has a chance to spread.

In October, a Norwegian salmon farm awoke to their worst nightmare—thousands of salmon had died overnight, and subsequent testing came up positive for the ISA strain. ISA was already an issue along the northern coast of Norway, but this was the first time in eight years it had been seen so far south. The biggest problem? Most of the salmon fry from the farm had already been released into the ocean a few months before. Whether they were carrying ISA is unknown, but if they were, it could have a disastrous effect on wild salmon. As it is, the farm ended up slaughtering the 180,000 salmon it still held to curb the virus as much as possible. 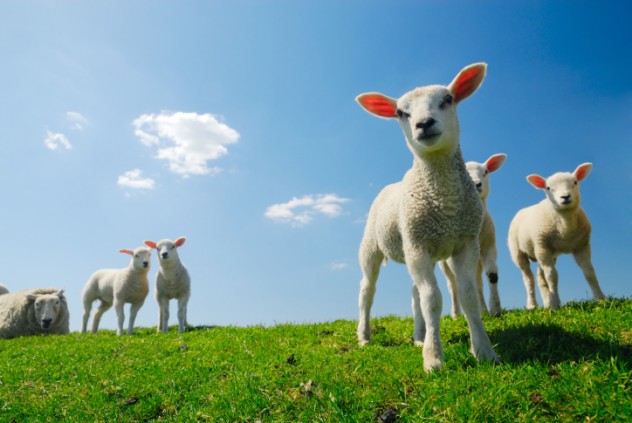 In Uruguay, sheep outnumber humans by a little over two to one. Wool exports are a major source of income, sustaining thousands of farmers spread across the northern plains. On September 17th, the wool industry took a massive blow when a tornado swept across the countryside and brought three days of torrential rain. The waters flooded the region’s farmland, displacing thousands of farmers and leaving over 30,000 dead sheep in its wake.

The scene after the storm was one of utter chaos—buildings lay in collapsed ruins, roads were washed away, and thousands upon thousands of dead sheep littered the landscape. Many of them had drowned or been bludgeoned by debris, but the majority of the freshly sheared sheep had simply dropped dead from the cold front that came through with the storm. It’s estimated that these losses are going to strain the Uruguayan economy all the way through 2014, and possibly even shift the political balance of the country. 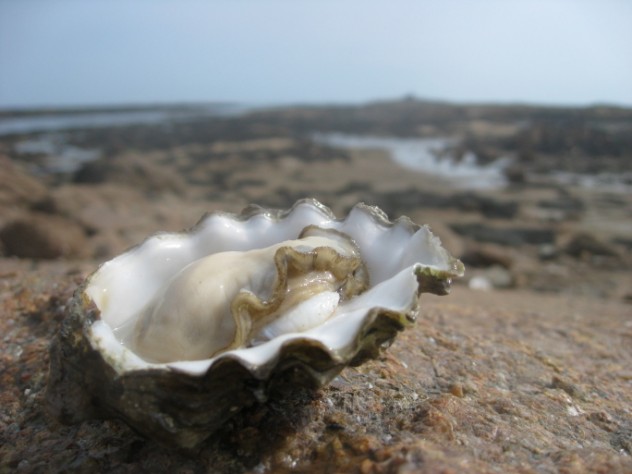 When the state of Florida requisitioned $4 million to build 23 acres of oyster bed in the St. Lucie River, the goal was to provide a foothold not only for oysters, but for about 300 other species that build their homes in and around oyster reefs. Now, they’re all dead. That’s not an exaggeration: 100 percent of the oysters in the river have died, along with the crabs, shrimp, and fish that lived with them.

The problem is a heavily polluted nearby lake, Lake Okeechobee. After an abnormally wet summer, the lake’s water levels were so high that part of the runoff had to be shunted through the St. Lucie estuary. Millions of gallons of highly toxic freshwater flooded in, which wreaked havoc on the salty St. Lucie.

But that was just the start of the problem. Along with the water came a rise in toxic bacteria and algae that reached such high concentrations that the Florida government has issued warnings to stay clear of the water. Even brief skin contact with the water in the St. Lucie River can cause an infection, which leads to vomiting and skin rashes. This isn’t the same flesh-eating bacteria that’s already killed 10 people in Florida, but nobody’s taking any chances. 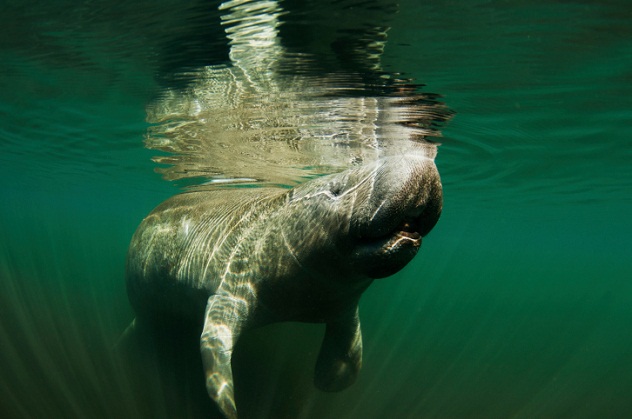 The year 2013 has brought us a wealth of scientific breakthroughs, but now it has one more claim to fame: This is the most fatal year in history for the manatee. To date, 769 manatees have washed ashore in Florida. Compared to the thousands of individuals that died in other entries on this list, 769 isn’t a huge number—but considering there are only 4,834 manatees in existence, it’s definitely cause for concern.

This has been happening in sections, starting in February with a red-tide algae bloom that sucked the oxygen from the waters around the Florida coastline and killed 276 manatees in one deadly swoop. Hundreds more were killed due to “cold stress,” which weakens the manatees and leaves them susceptible to normal diseases that they would normally be able to fight off. Finally, about 100 or so had no apparent cause of death. Biologists still haven’t been able to figure why, but they all died around the same time from the same mysterious agent. 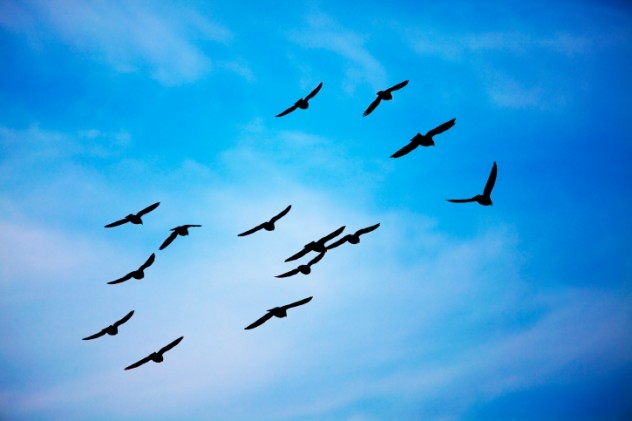 Every year, the Tasmanian muttonbird migrates from the Bering Sea off the coast of Alaska down to the warmer waters of Australia. They nest for several months before making the return flight. Each time this happens, a small percentage of the birds die—that’s just the way the world works. But starting in 2007, every year has seen more and more of the muttonbirds falling victim to . . . something. Since September, muttonbird “wrecks” (large numbers of deaths) have been occurring almost daily, with hundreds of muttonbirds washing out of the sea each time it happens.

In South Melbourne, beach cleaners are picking more than 150 birds out of the sand on a daily basis, and they keep pouring in. Sometimes the waves carry them in, and sometimes they just drop right out of the sky. The current theory is that the cause is as simple as a changing climate. Each migration covers about 10,000 kilometers (6,200 mi), and the birds are exhausted by the time they reach their destination. That leaves them susceptible to disease, strong winds, and a number of other scourges. So far the wrecks haven’t been large enough to dent the overall muttonbird population, but if they continue to increase, that might change. 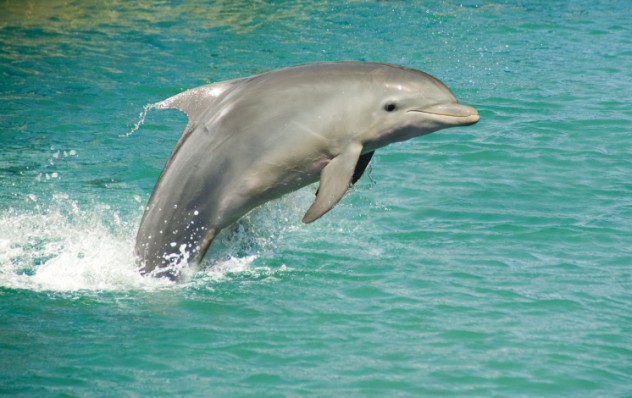 Nobody likes to see a dead dolphin. Unfortunately for beachgoers in New Jersey, that’s the reality they’re being forced to deal with. Since July, record numbers of bottlenose dolphins have been found dead all along the northeastern coast of the US, from North Carolina to New York. In the first week of October, 14 dolphins washed ashore in New Jersey. Veterinary clinics in the state are being overwhelmed with dead and dying dolphins that have been brought in for autopsy.

So far, the total body count is a little over 700 in only four months. A similar bottlenose dolphin die-off occurred in 1987, but this year’s events have already left those numbers far behind. The culprit? A marine cousin of the measles called morbillivirus, the same killer that attacked the dolphins in the ’80s. What’s happening is that the older dolphins who survived that outbreak—and built an immunity to the virus—are now dying of old age, leaving the younger generation to bear the brunt of the new epidemic. 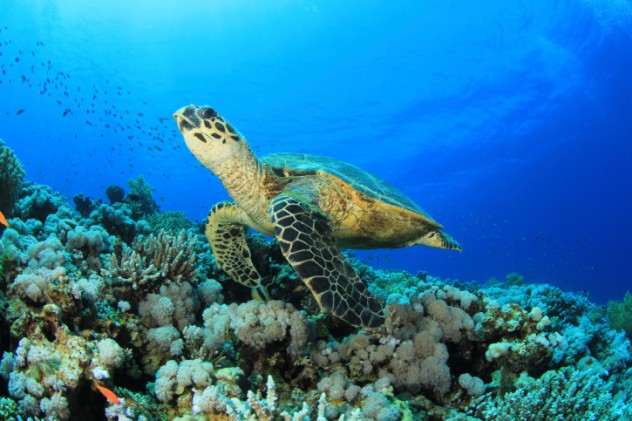 Sea turtles can be found in almost every ocean in the world, but despite their widespread distribution, most of them are endangered. There are seven known sea turtle species, and five of them are listed as critically endangered on the IUCN Red List. Naturally, when sea turtle bodies begin washing ashore, people tend to take notice. In October, it was reported that over 200 sea turtles have been found on the beaches of El Salvador, and dozens of conservation societies have been scrambling to figure out why.

The cause appears to be a type of toxic algae that’s been proliferating in the coastal waters of the Pacific. Unlike most algae blooms, which deplete the oxygen in the water and essentially suffocate all marine life, this algae is directly toxic to the turtles. The microscopic algae builds up in other animals—like crabs and shellfish—which are then eaten by the turtles, delivering a concentrated burst of toxins straight into the turtle’s nervous system. 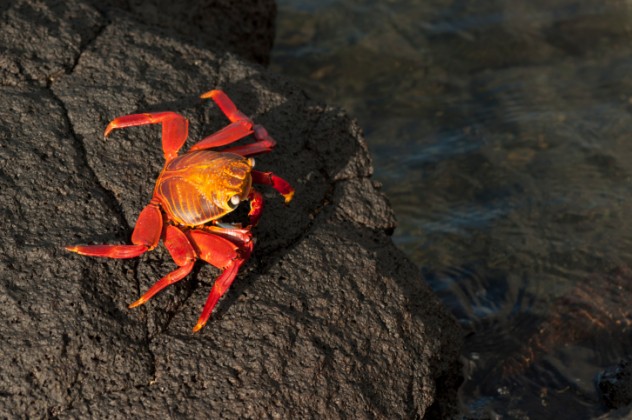 China is no stranger to pollution. It seems like every day there’s another reminder of the devastating effects it’s having on both the people and the wildlife of the country. In the Chinese town of Chunghu, crab farmers tend 3,000 acres of saltwater ponds housing Chinese river crabs, an important component of Chinese cuisine.

In September, those crabs began dying. Farmers were stacking piles of dead crabs beside the ponds while experts came in to see what was causing the die-off. Hundreds were dying every day, throwing the livelihood of over 100 families into uncertainty. An inspection revealed that untreated sewage water was feeding directly into the crab ponds, flooding them with bacteria. According to a reporter, the sewage was overflowing the drainage ditch because the sewage gate was stuck closed. Of course, when the sewage gate opens, it routes the raw sewage directly into the ocean, so solving the real problem will take a bit more work than adjusting a gate. 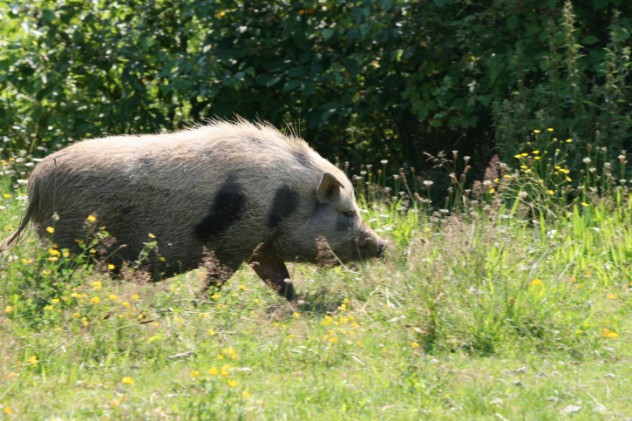 While ocean creatures are highly susceptible to changing environmental factors, large land mammals are usually more resilient to anything except catastrophic change. Even still, wild boars are dropping like flies in the South of France. Nobody’s sure yet why they’re dying, although it’s not for lack of trying. More than 40 different toxins have been tested and ruled out, and viruses such as the swine flu have similarly come up negative.

The manner of death is bizarre. Before dying, the boars go crazy for a short time. They run in circles, stumble around like zombies, act delirious, and eventually go into convulsions. The boars, which are usually hunted for sport, are being cautiously guarded for the time being. People have been banned from eating meat from any dead boars whether they were killed by the unknown disease or not. So far, only 90 boars have died, but it’s only been happening since mid-July. No one knows how this will affect the overall population.