The Moon is humanity’s nearest companion in our travels in space and the only celestial body that we have had the chance to actually visit. Still, despite its relative closeness and familiarity, our satellite continues to hold many interesting secrets. From its scientific strangeness to the many ways it affects our lives, the Moon is a mystery that is definitely worth a closer look. 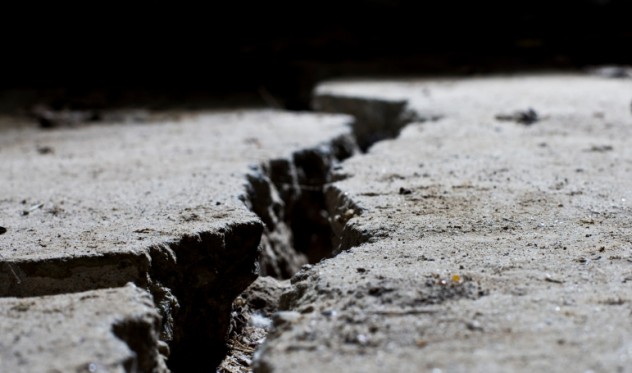 Despite being a dead hunk of rock with very little geological activity, the Moon is prone to shaking fits. These earthquake-like tremors are called moonquakes, and there are four different kinds of them. The first three types—deep quakes, vibrations from meteorite impacts, and thermal quakes caused by the Sun’s heat—are relatively harmless. The fourth one, however, can be quite unpleasant. These “shallow” moonquakes can register up to 5.5 on the Richter scale—enough to move large furniture around—and last for a remarkably long 10 minutes. According to NASA, these quakes also have the effect of making the Moon “ring like a bell.”

The frightening thing about moonquakes is that we have no real idea of what causes them. Earth’s earthquakes are usually caused by the movement of tectonic plates, but the Moon doesn’t have any active plate tectonics. Some researchers think they may have some link to Earth’s tidal activity, which is caused by the Moon’s pull. However, this theory is inconclusive, as the tidal forces affect the entirety of the Moon, but moonquakes are usually localized. 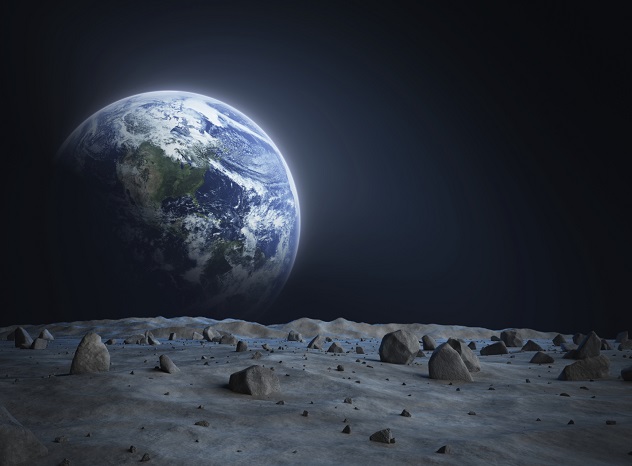 Most people think the Moon is, well, a moon, but there is some talk that it should actually be classified as a planet. For one, it’s far too big to be a “true” moon. Being about one-fourth of the diameter of Earth, it is easily the biggest moon in relation to its planet in our solar system. (Pluto has a moon called Charon that is half its diameter in size, but since Pluto isn’t a real planet anymore, it doesn’t count.)

Because of its large size, the Moon doesn’t actually orbit Earth at all. Instead, Earth and Moon orbit each other, around a point between them. This point is called a barycenter, and the illusion the Moon is actually orbiting Earth comes from the fact that the barycenter is currently located inside the Earth’s crust. The fact that the barycenter remains inside the Earth is pretty much the only reason Earth and Moon aren’t classified as a twin planet, instead of a planet and its satellite. However, this may change in the future. 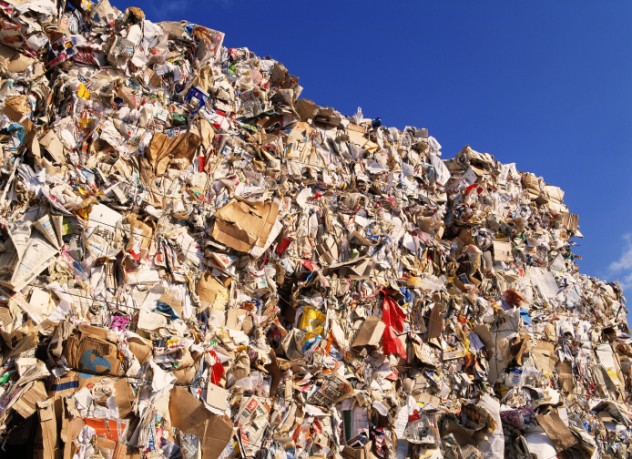 Everybody knows that man has been on the Moon, but not everyone is aware that he treated the place like a picnic area. Over time, the astronauts who visited the Moon managed to leave quite a bit of trash behind. It is estimated that there’s 181,437 kilograms (about 400,000 lbs) of man-made materials lying around the Moon.

Don’t worry, though—it’s not as if the astronauts have been purposely littering the place and throwing sandwich wrappers and banana peels everywhere. Most of that garbage is debris from various experiments, space probes and lunar rovers. Some of it is, in fact, still functional today. There is also some real trash, however, such as astronaut poop containers. Gross.

7 The Moon Is A Burial Ground 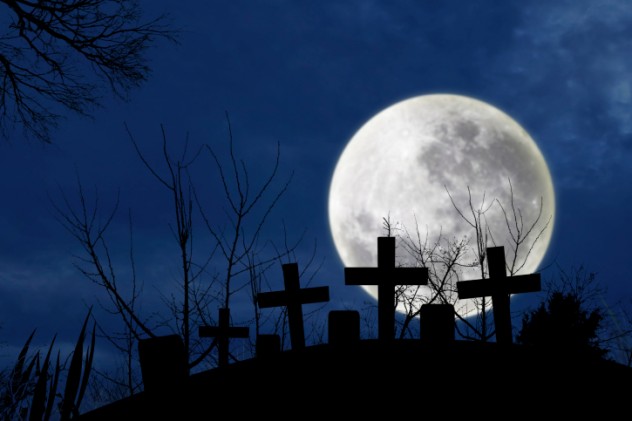 Eugene “Gene” Shoemaker, a famous astronomer and geologist, was something of a legend in his field. He invented the scientific research of cosmic impacts and came up with the methods and techniques that Apollo astronauts used to research the Moon.

Shoemaker wanted to be an astronaut himself, but was turned down because of a minor medical issue. Throughout his life, this remained his biggest disappointment. Still, hoping against hope, Shoemaker kept on dreaming that he would some day visit the Moon. When he died, NASA fulfilled his most precious wish and sent his ashes to the Moon with the Lunar Prospector in 1998. His ashes remain there, scattered among moon dust.

Some of the pictures taken by the various vessels that have visited it show some very strange things on the Moon’s surface. Many of these images seem to show artificial constructs that range from tiny canister-like shapes to the “Shard,” which appears to be a towering structure that could be at least 1.6 kilometers (1 mi) tall. According to paranormal enthusiasts, there’s even a large castle that is suspended high above the surface of the Moon. All of this seems to point toward an advanced civilization that has lived on the Moon and built complicated structures.

NASA has never really bothered to debunk these strange theories. This may be because the images showing these “signs of life” have almost certainly been doctored by the conspiracy theorists. 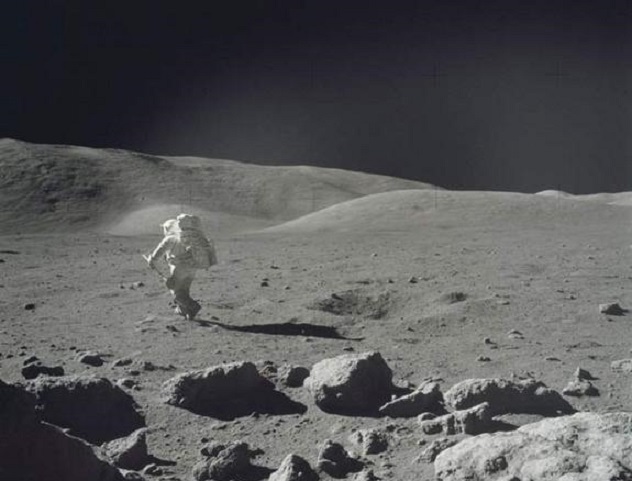 One of the Moon’s most surprising dangers is lunar dust. As everyone knows, sand gets everywhere even on Earth, but on the Moon, it is downright hazardous. Lunar dust is as fine as flour, yet extremely rough. Thanks to this texture and the Moon’s low gravity, it clings absolutely everywhere.

NASA has experienced numerous problems caused by moon dust. It has eroded astronauts’ boots almost completely through and sandpapered their visors. It has traveled inside the ships with the space suits and caused “moon hay fever” in the poor astronauts that have inhaled it. It’s thought that prolonged exposure to the stuff could even cause airlocks to fail and space suits to break down.

And in case you were wondering: Yes, of course this devilish substance smells like spent gunpowder. 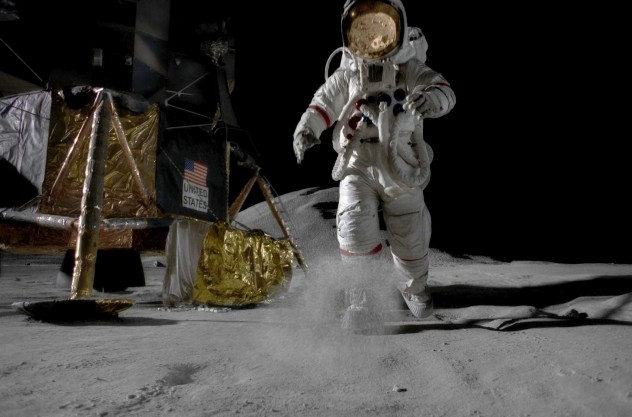 Although the gravity on the Moon is only one-sixth of that on Earth, moving on its surface is by no means an easy feat. Buzz Aldrin says the Moon was actually an extremely difficult environment to move in. The space suits were clumsy and their feet sank in the moon dust for up to 15 centimeters (6 in).

Despite the low gravity, a person’s inertia (resistance to changes in movement) on the Moon is high, so things got difficult if they wanted to move fast or change directions. If the astronauts wanted to go any faster than slow walking, they had to move in clumsy kangaroo-like bounds. This presented another problem, because the terrain is full of craters and other tripping hazards. 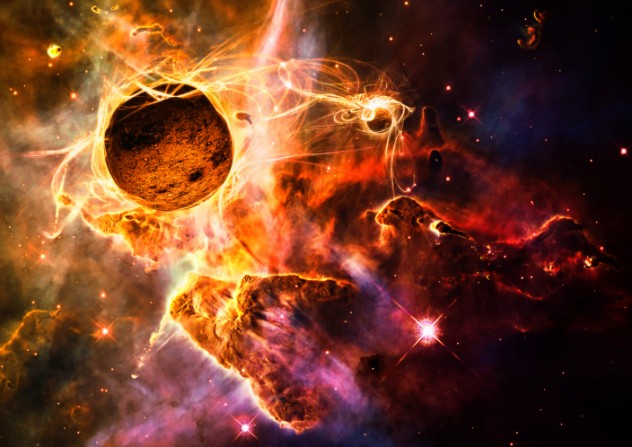 Where did the Moon come from? The short answer is that we don’t really know. However, science is able to hazard a few educated guesses.

There are five main theories about the origin of the Moon. The Fission Theory argues that the Moon used to be a part of our planet that was separated at some very early point of Earth’s history. This would make the Moon part to what is currently the Pacific Ocean basin. The Capture Theory says that the Moon was just wandering the universe until our gravitational field caught it. Other theories say our satellite was either condensed from a bunch of asteroids or the remains of Earth’s collision with an unknown Mars-sized planet.

Currently, the most likely candidate for the Moon’s origin story is the Ejected Ring Theory, which is better known as Giant Impact Theory. According to this version, a protoplanet (a planet that is forming) called Theia collided with Earth. The ensuing cloud of debris eventually condensed into the Moon.

2 The Moon And Sleep 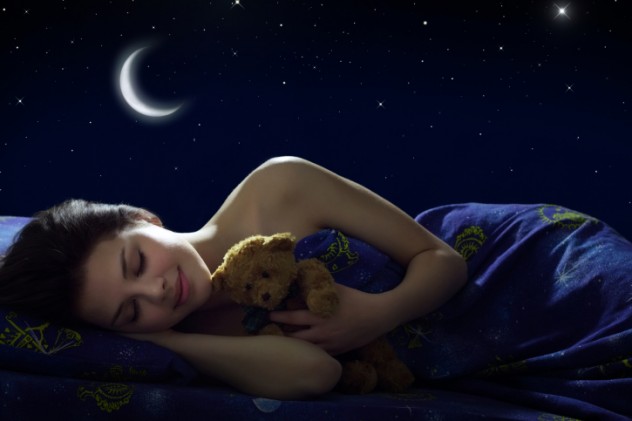 The Moon’s effects on Earth and vice versa cannot be denied. However, its effects on humans remain a source of constant debate. Many believe that the full moon brings out the strangest behavior in people, although science hasn’t been able to offer conclusive proof about this. There is one thing science has been able to confirm, though: There’s a very good chance that the moon could disturb our sleep cycle.

According to a volunteer-based experiment by the University of Basel in Switzerland, the phases of the moon affect—and disturb—human sleep cycles in a clearly measurable way, and the absolute worst night’s sleep is usually had during the full moon. If accurate, this find could very well explain the whole full moon madness theory: If no one can catch a good night’s sleep during the full moon, it makes sense that time would see quite a lot more strange things than your average night. 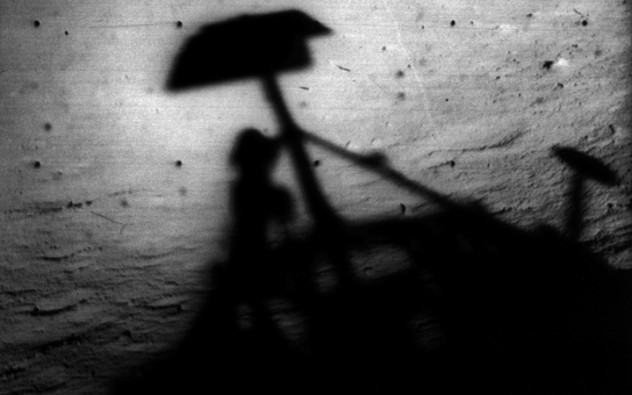 When Neil Armstrong and Buzz Aldrin first walked the alien landscape of the Moon, they soon made a jarring discovery: The shadows of the Moon were far darker than those on Earth due to the lack of atmosphere. Everything the Sun didn’t shine directly on was pitch black. Once their foot stepped in a shadow, they could not see it anymore despite the fact that the Sun was blazing in the sky.

Although they soon found they could adjust to the shadows, the constant contrast between dark shadowy areas and sunny ones remained a challenge. Things got even stranger when they noticed that some of the shadows—namely, their own—had halos. They later learned eerie experience was caused by the opposition effect, a phenomenon that makes certain dark, shadowed areas appear surrounded by a bright aureole when they’re viewed in a certain angle to the Sun.

The shadows of the Moon caused mischief on many Apollo missions. Some astronauts found their maintenance tasks impossible because their own hands blocked out what they were doing, while others thought they were landing on a steep slope because of the deep shadows that seemed like a cavern. 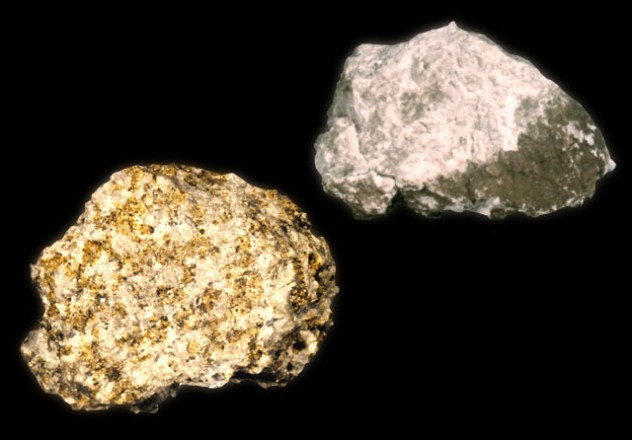 One of the Moon’s most enduring mysteries is the lack of its magnetic field—which proved to be a real problem when the moon rocks the Astronauts brought back in the 1960s and 1970s were found to be magnetic. Were they of alien origin? How could they be magnetic if the Moon wasn’t? What was going on?

Science has since found out that the Moon actually used to have a magnetic field. The jury is still out on what exactly caused it to vanish, but there are two leading theories. One team of researchers thinks it’s because of the natural stirring movements of the Moon’s iron core, while another posits it may have something to do with a series of impacts with large space rocks.