From rainbow-colored beer to “Viagra” made from frogs, there’s an unusual beverage to delight—or disgust—just about every taste. 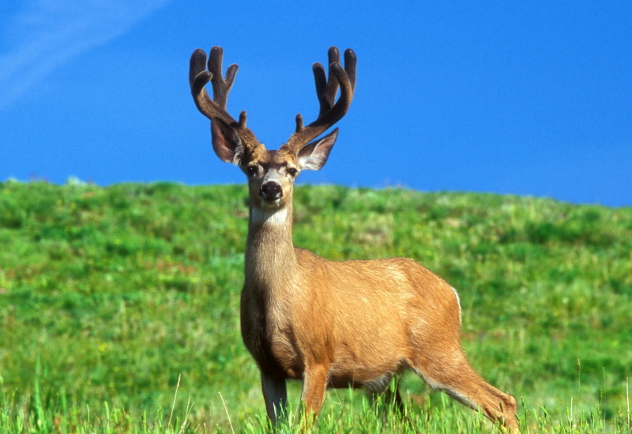 Chinese athletes have long used animal parts to improve their performance. In the 1990s, Chinese track coach Ma Junren credited a series of world records by unknown runners in part to a cocktail of turtle blood and caterpillar fungus (though to be fair, illicit testosterone use was suspected).

But for the ultimate in sports medicine, some folks swear by deer penis wine, which despite—or, perhaps, because of—its alleged powers of healing, was banned from the 2008 Beijing Olympic games. Many traditional Chinese remedies, including those made with animal penises, contain herbal ephedrine, considered by numerous sports federations to be a performance-enhancing substance.

Potions containing deer penises are also believed to enhance another type of performance, namely, “male sexual power.” They supposedly do so by increasing blood flow and the flow of qi, the fundamental life force in traditional Chinese medicine.

One particularly potent variation, known as “three penis wine,” is made with the sex organs of dogs and seals, as well as deer. According to a team from National Geographic, three penis wine tastes “creamier” than wine made from mice, a concoction also popular in Asia as a cure-all for everything from liver disease to asthma. In the Korean version, 10–15 baby mice are drowned in rice wine and left to ferment for 1–2 years. After drinking the wine, which reportedly tastes “gasoline-like,” one is supposed to eat the mice.

Thanks, but we’ll stick to aspirin. 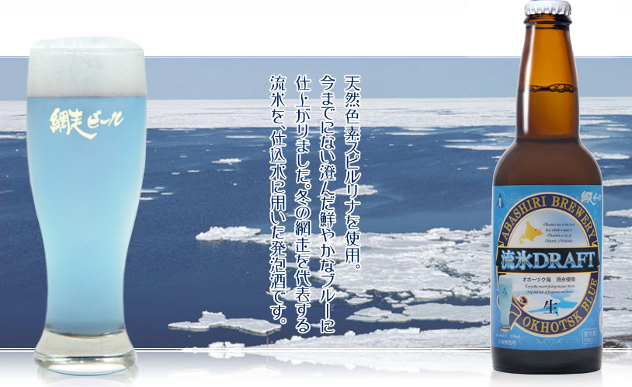 The concept for the line revolves around the four seasons in Hokkaido, Japan’s northernmost island, where Abashiri is headquartered. Hokkaido lies on the Okhotsk Sea, an icy arm of the North Pacific Ocean located between Japan and Russia.

The wintery Ryuhyo (“drift ice“) Draft is brewed with water from the melted icebergs which annually float past Hokkaido’s northern beaches. Its bright blue hue comes from seaweed extract, as does the spring-inspired green Shiretoko Draft, which uses fermented seaweed.

Hamanasu Draft’s ruby tinge comes from the hamanasu fruit (“shore pear”) and represents the wildflowers that bloom along the sea in summertime, while the Jyaga Draft, made with purple potatoes, represents the fall harvest.

Leave it to the Japanese to turn Asian specialties into soda. Ramune produces its bubbly beverages in wasabi, kimchi, curry and teriyaki flavors, as well as less spicy—but no less unusual—flavors such as bubble gum, white champagne, lychee, blueberry and banana.
.
The word “ramune” itself is a Japanese adaptation of “lemonade.” And even better than the wild flavors is the so-called “Codd Stopper” bottle the soda comes in, which uses a glass marble and plastic ring instead of a cap, as shown in this hilarious commercial from Asian Food Grocer.

The Codd Stopper takes its name from its inventor, Hiram Codd, a 19th century Englishman who developed it as a technique for bottling carbonated lemonade. A marble is inserted into the neck of the bottle and held in place with a rubber stopper (or these days, with a plastic ring). The pressure from the carbonation forces the marble against the ring to form an airtight seal.

To open a bottle of Ramune, you punch out the center of the plastic cap with your thumb, and use it as a plunger to force the ball into the bottle. People have come up with all sorts of ingenious ways to get the marble out without breaking the bottle. And while we don’t recommend you try these dangerous techniques, you can certainly enjoy watching other people get the marble out by melting the plastic ring, or having at it with a knife and hammer. 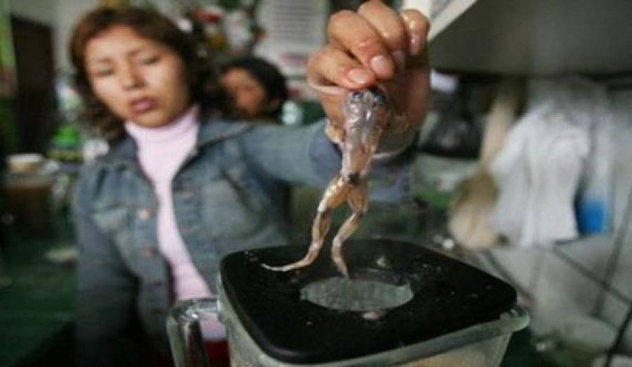 Lake Titicaca in Peru, the highest navigable lake in the world, is home to Telmatobius coleus, the main ingredient in rana y maca (“frog juice”), also known as “Peruvian Viagra.”

Rana y maca is made by taking a live frog from an aquarium and banging it against a counter until it is dead or unconscious (reports on this point vary). Two incisions are then made in the belly of the frog, which is skinned as if husking corn. The frog is liquefied in a blender with hot bean broth, honey, aloe vera, and maca (an Andean root also believed to boost stamina and sex drive). Once strained, the result is a starchy, milkshake-like liquid that stings the throat.

Unfortunately, the fad consumption of “Peruvian Viagra” has led to the endangerment of Telmatobius coleus, which according to the US Fish and Wildlife Service, threatens Lake Titicaca’s entire ecosystem. To help ensure the frogs’ survival, the agency in 2010 earmarked a $25,000 grant for its Wildlife Without Borders program, to be used for a social marketing campaign to change local attitudes and habits. 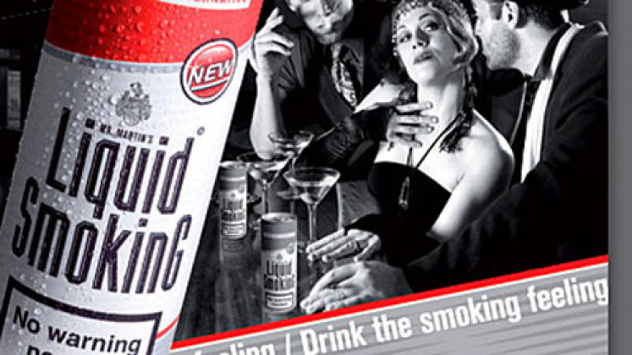 A beverage that seems to have fizzled out rather quickly is “Liquid Smoking,” which its Dutch manufacturer, United Drinks and Beauty Corporation, claimed would take the edge off of nicotine cravings for between one and four hours. The drink, allegedly popular in the Netherlands, was launched in the United Kingdom in 2008 as way to help smokers beat that nation’s recently enacted ban on public smoking.

United Drinks’ CEO Martin Hartman is reported to have said that the product contained no nicotine, but got its craving-fighting effects from a mix of South African plant roots, which gave “a slight energizing effect, followed by a euphoric sense of calming and relaxation.”

Despite these claims and a scant 21 calories per 275 ml can, Liquid Smoking came in for immediate criticism—not least because of the can, which resembled a pack of Marlboro cigarettes.

Both Liquid Smoking and United Drinks and Beauty are no more. The link for United Drinks’ Dutch website is defunct, and even its CEO Martin Hartman seems to have gone up in smoke. 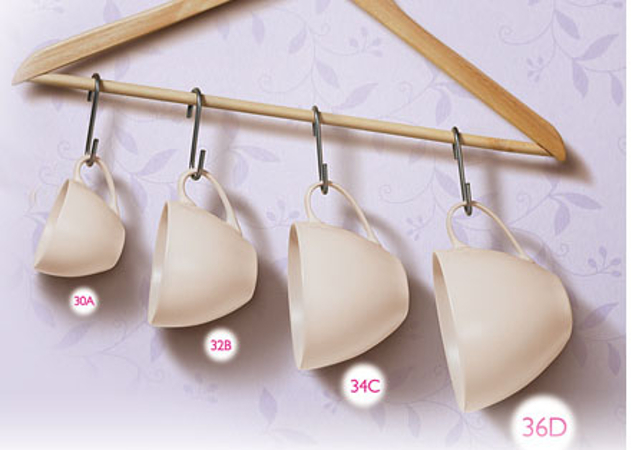 Even more extravagant claims are made by Kinohimitsu J’pan BustUp Drink, which purports to enlarge breasts without surgical methods or medication. Ads for the product claim that it remedies small, dull, sagging and shrunken breasts caused by deficient growth, aging, menopause, childbirth and breast-feeding.

BustUp’s active ingredient is the root of Pueraria mirifica (also known as Kwao Krua Kao), a tuberous plant containing phytoestrogens that has been used for over 50 years in Thailand as a folk remedy for menopause-related hot flashes and night sweats. Manufacturers of Pueraria mirifica products promote the herb as a miracle cure that can do everything from preventing breast cancer to tightening one’s vagina. 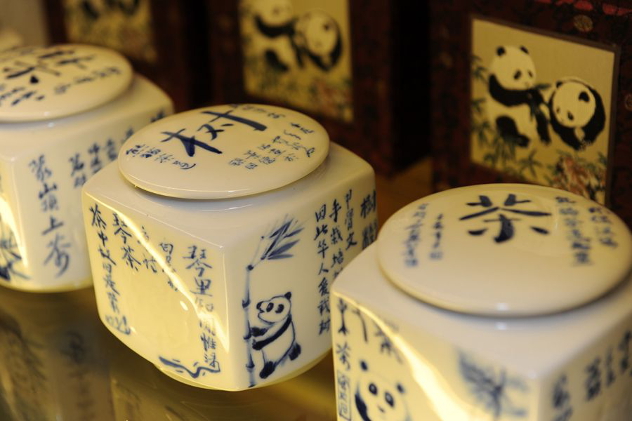 A Chinese entrepreneur is hoping pandas will do for tea what the civet did for coffee. An Yanshi, a calligraphy professor at Sichuan University, has patented a way to grow green tea in the poop of pandas. Sichuan is home to the Ya’an Bifengxia panda base, which houses 80 captive pandas.

An markets his creation under the name Panda Ecological Tea, which is divided into three grades and sold in a limited edition of 21 50-gram (1.7oz) packages. The highest grade was offered for 440,000 yuan (US$72,000) per kilogram, 10 times the cost of a rare 1960s box of Wu-Yi narcissus oolong tea from Hong Kong.

At the presentation of his new tea, An, dressed in a panda suit, said that pandas absorb less than 30 percent of the nutrition from their food (bamboo), and that the remaining 70% of the nutrients is passed out in their feces, making his panda poo tea both nutritious and delicious. 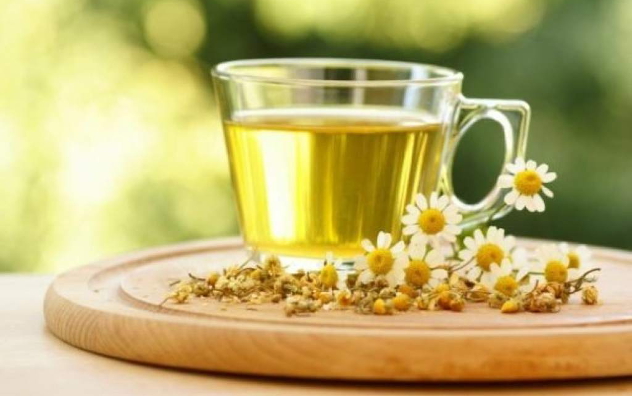 The good folks in the Cow Protection Department of the Rashtriya Swayamsevak Sangh said they hoped the group’s new soft drink would give a wider market the chance to enjoy the health-giving properties of cow piss, in a form they promised would not smell or taste like urine.

Although gau jal has yet to appear in US supermarkets, it has found a niche market in Italy, where it is sold as “acqua di vacca.” 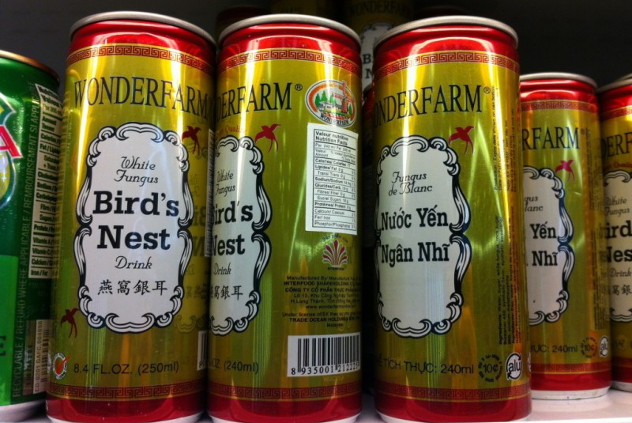 Rather than building a nest out of twigs, certain species of swiftlets regurgitate long strands of sticky saliva onto a wall. The saliva hardens into a cement-hard woven cup, prized as a delicacy in China for purported health benefits including a stronger liver, an enhanced immune system and softer skin.

After washing to remove feathers and droppings, the nest resembles a sponge made of thin, white strips. An ordinary nest sells for about $500 per catty, a Chinese unit of weight amounting to just over a pound. Rarer are “blood nests,” so-called because of a reddish tinge derived from blood in the birds’ saliva, which cost as much as $1,300 a catty.

To make the benefits of bird’s nests more affordable for the average consumer, some companies sell it in beverage form, which supposedly has a slightly mineral and sugary, floral flavor. The texture, however, is said to be gelatinous and lumpy, with tiny bits of bird’s nest floating around inside.

Pollution and human encroachment, however, are eroding the cliffs where the swiftlets live, causing rising prices and leading some “harvesters” to grab nests as soon as they are built, or while they still have eggs inside them. 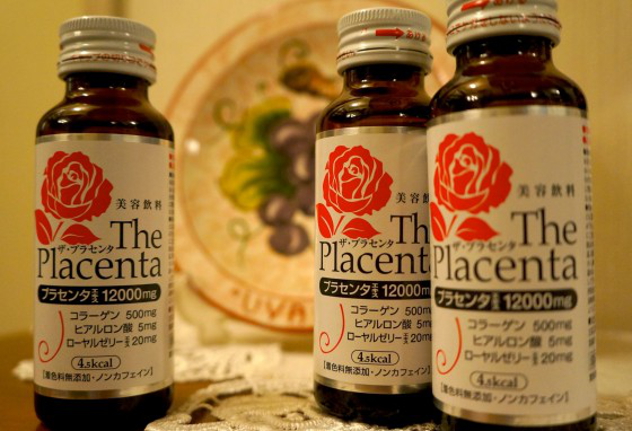 For the female consumer seriously concerned with aging, nothing beats products based on placentophagy, the practice of ingesting a baby’s placenta after giving birth. The placenta—a temporary uterine organ that supplies oxygen and nutrients to the growing baby via the umbilical cord—contains high levels of iron, vitamin B-12, and hormones. Eating it is said to increase a new mother’s energy and breast milk production, while decreasing postpartum depression and bleeding, and making her look younger, to boot.

But what if you want the benefits of the placenta without all the fuss of giving birth? Enter Nihon Sofuken’s Placenta 10000, a sippable, peach-flavored jelly made from the placental extract of pigs. Never mind that the benefits of placentophagy haven’t been scientifically proven. Plenty of companies still sell placenta as a youth-enhancing ingredient, in everything from chips and tablets to drinks and smoothies.

And if porcine placenta doesn’t sound strong enough for you, there’s always Placenta-pro, made from the placental extract of horses. Hi ho, Silver oy veh!

Jackie Fuchs is a writer and attorney with a B.A. in linguistics from UCLA and a J.D. from Harvard. She played bass (as Jackie Fox) for the ‘70s all-girl rock band, The Runaways, with Joan Jett and Lita Ford.

Jackie is a former journalist and Huffington Post blogger, with an interest in word origins and medieval history. Her blog Nothing Too Trivial (Interesting Things for Interested People) can be found here.