We know it’s really Christmas time when we see images of a jolly old man in his signature red cap and suit everywhere. While we do know that Santa Claus isn’t real (sorry kids!), there are those who have stepped up to the plate to become real-life St. Nicks. Let’s get to know and appreciate the people who, in true Santa Claus fashion, brought real joy and happiness to others—without expecting anything in return. Happy holidays!

10The Secret Santa Of Kansas 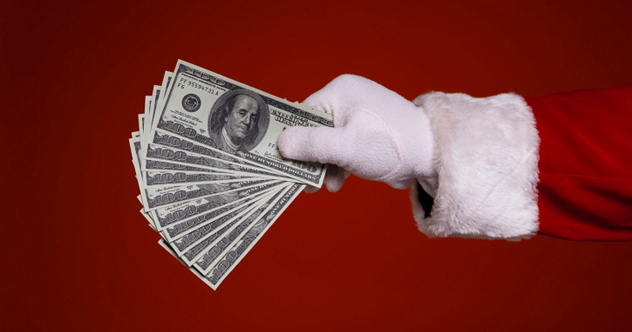 For more than a quarter of a century, residents of Kansas City were baffled by the generosity of a secret Santa. He roamed the streets and handed out $100 bills (sometimes more) to total strangers, with no strings attached at all. The only thing he told the recipients was to perform a good deed for someone else. The secret Santa’s kindness wasn’t limited to Kansas—he also went as far as New York and Florida, where he gave out thousands of dollars to residents who suffered from the terrorist attacks or natural disasters.

Then, in 2006, the secret Santa came forward with his identity—Larry Stewart. He revealed his name, because he was dying of esophageal cancer, and wanted his life to serve as an inspiration to others to share their blessings. He also explained that his tradition of giving started in 1971, when he was broke and hungry on a cold winter day. He went inside a diner and ate breakfast. Afterwards, he pretended to lose his wallet, because he knew he had no way of paying the tab. The owner of the diner saw the whole thing. Then, pretending to pick up a $20 bill beside Stewart, the owner told him, “Son you must have dropped this.” That incident inspired Stewart to embark on his own humanitarian mission later on—by the time of his death he had given away $1.3 million, and trained four new Santas to take his place. 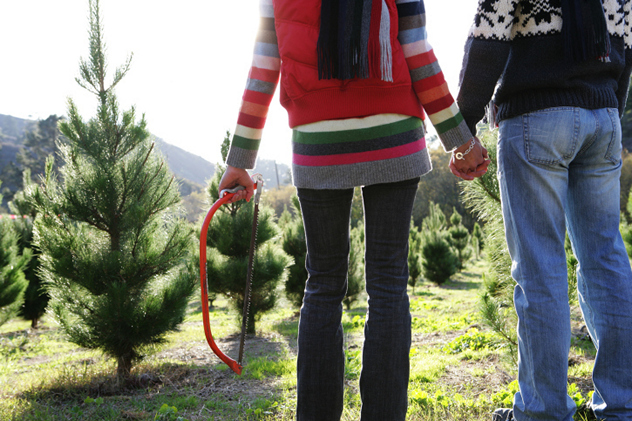 When Internet CEO, George Garrick, learned about one family’s plight of being unable to afford a Christmas tree in 2007, he and his family started the “Trees of Joy” program. This program aimed to give Christmas trees to underprivileged families, free of charge. Garrick explained that they wanted to help those families who wished to get into the spirit of Christmas, but were too poor to do so.

Now something of a personal Yuletide tradition, Garrick and his family are very much involved with the project, making sure the giveaway trees come complete with all the trimmings. Since its inception, and with the help of the local city government, the program has given away 500 trees, for which Garrick has footed the $30,000 bill. He doesn’t mind one bit, as he relishes the gratitude of those who receive the trees. The recipients themselves couldn’t be any happier, with one stating that it was worth waiting an hour for her tree. 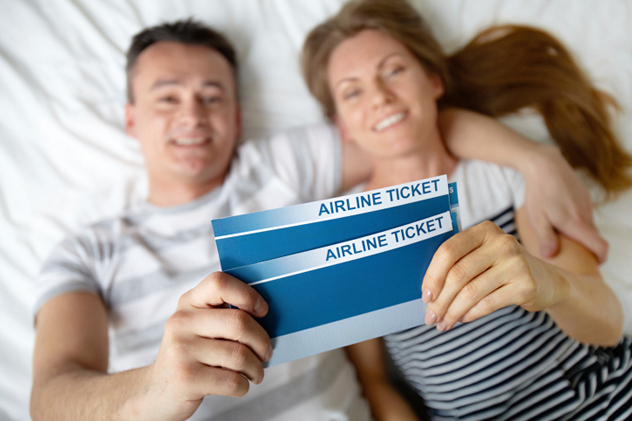 Since 2011, PR man Peter Shankman has given away his frequent-flyer miles to people who couldn’t afford to go home during the holiday season. Due to the nature of his work, Shankman frequently traveled via airplane, and soon racked up an impressive number of frequent-flyer miles. Shankman revealed that he wasn’t too keen on using his miles during the holidays, and figured he might as well give them to people who really needed it. He started a contest on his blog, whereby he told interested applicants to write why they deserved to get the free flight.

Shankman’s generosity soon spurred other frequent flyers to donate their own miles, and airline company JetBlue to give out additional free flights. Not only that, a few donors have also added their own prizes, ranging from free jackets to free transportation to the airports. For Shankman, he stated his experience is a glaring example of spreading kindness via social media. 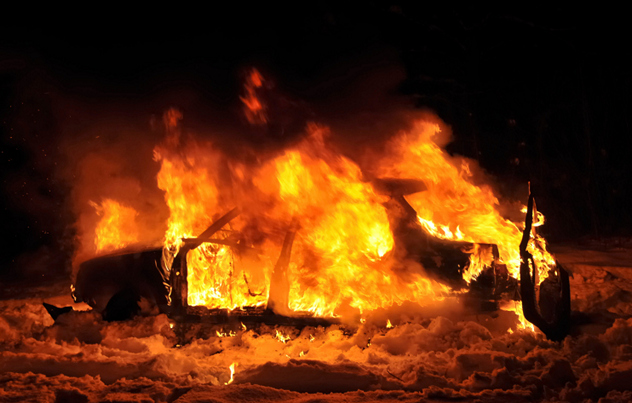 For former volunteer fireman, Brad Luddeke, that December 2011 scene was just all too surreal. Dressed in a Santa costume, he was heading out on the highway, for his annual tradition of giving toys to needy children. That’s when he spotted an accident involving two vehicles. Luddeke—who lost his own son to a vehicular accident years ago—quickly sprang into action. He pulled one of the men stuck inside the wreckage out just in time, before the two cars exploded. He then directed traffic around the area, until help could arrive.

It was later revealed that the man Luddeke saved happened to be the father of one of his dead son’s close friends. After discovering this, Luddeke came to believe that his son may have guided him on that fateful day. He hoped that his act would ensure that his son’s memory would live on among his friends. 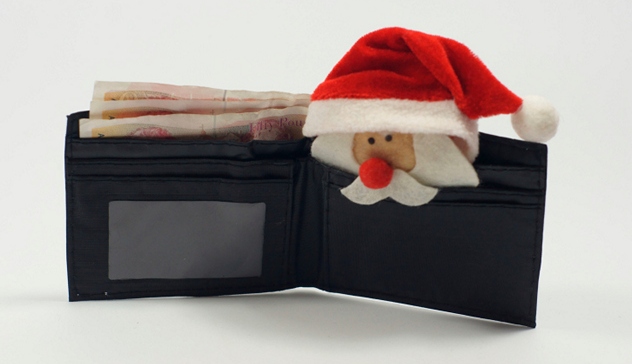 When he stepped into a local Wal-Mart, Florida resident Greg Parady didn’t suspect that he’d soon be bringing joy to his fellow shoppers. The 40-year-old had gone into the shop to pick up toys for his company’s charity drive. There, he heard a nearby woman say that she didn’t have enough money to complete the layaway plan for her orders. That statement compelled Parady to go into the layaway part of the store, which he described as “depressing.” He then walked up to the manager and asked for the entire price of all the layaway orders. After being told it was nearly $90,000, Parady knew he couldn’t afford it all, but wanted to pay off at least $21,000.

He proceeded to swipe his credit cards for customers that came to the counter, some of whom were already thinking of canceling their orders. His generosity baffled the customers at the start—afterwards, when they realized it was for real, they began thanking Parady. Parady isn’t alone in his bigheartedness—the Associated Press has recorded several incidents involving layaway Santas, as far back as 2011. 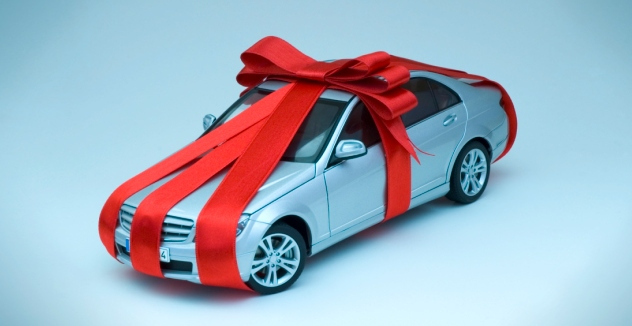 With due respect to all the bosses out there, Clive Palmer is one tough act to follow. In 2012, the Australian multi-millionaire rewarded the employees of his nickel refinery with a very large Christmas bonus (one of the largest ever in Australian history). Previously, the plant was in danger of being closed, before Palmer managed to make it profitable again. As a reward for his employees’ hard work, Palmer gave out more than 50 brand-new Mercedes-Benz vehicles and a mind-boggling 700 overseas holidays. In addition, he also threw a huge Christmas party for those who didn’t receive a car.

All in all, Palmer spent a total of $12 million on the festivities, but couldn’t care less. He said that he wanted to let his employees know that he truly appreciated them. For those who think that was just a one-time thing, that wasn’t the end of Palmer’s generosity. Last year, at his coastal resort, he hosted a free Christmas lunch for more than 1,000 needy families.

Canadian airline WestJet racked up a lot of brownie points with the public in November this year, when it treated its unsuspecting passengers to a lot of Christmas goodies. The plan was as simple as it was effective: The airline installed video screens outside the boarding gates of two separate flights. These screens allowed the passengers to interact with a Santa Claus, who asked them what presents they wanted for Christmas. The passengers told Santa what they wanted, not knowing that their requests were being noted.

While the passengers were on board their flights, WestJet employees hurried to local stores to purchase, wrap, and label their gifts. Afterwards, they placed the gifts on the baggage carousel and waited for the passengers to arrive. While ultimately a hugely successful publicity stunt for WestJet (with 31 million views and counting), we can safely say that the pleasant reactions of the passengers when they received their gifts was unscripted and genuine. 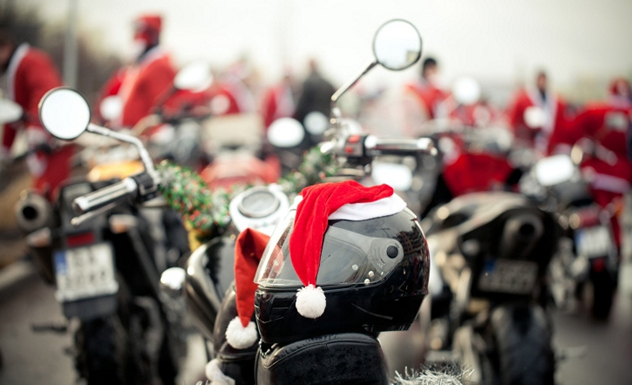 Henry Sudduth had a very rocky start in life. He was frequently abused as a child, which led him to falsely equate it with love. After his mother’s death, Sudduth—then 14—headed to California, where he eventually became the head of a biker gang. After realizing the gang could never give him the love he desperately wanted, Sudduth moved to Wisconsin, where he later got married and joined the Marines. Sudduth’s first brush with becoming jolly old St. Nick started when he was chosen to play Santa, while he was still a staff sergeant.

After he left the Marines, Sudduth began collecting and repairing toys, which he then gave out to local underprivileged children. Fellow residents, who heard about Sudduth’s good deeds, began making contributions, with some even volunteering to be his “elves.” Sudduth later credited his colorful life experiences with making him a better man. Appreciation for his kindness was apparent—townspeople paid $41,000 in hospital bills, after Sudduth was operated for an aneurysm in the brain. 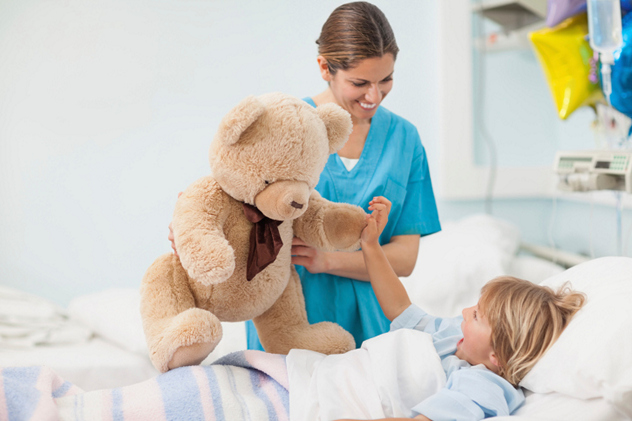 Tanner Nielsen knew what it was like to celebrate Christmas confined inside a hospital. After all, the nine-year-old spent a lot of time fighting leukemia and liver cancer since he was a toddler. After finally being free from cancer this year, Nielsen decided he wanted to give something to the kids who had to endure spending their holidays inside the hospital. With his mother’s help, Nielsen started a project called “Tanner’s Christmas Giving Project.”

As part of the project, Nielsen and his family used the money they collected from donors to buy toys for the children at Tanner’s former hospital. Nielsen wanted the donations to make the children’s stay at the hospital a little more bearable. Hospital personnel, who received the toys, were grateful for Nielsen’s act of selflessness. They stated that the donation was especially commendable coming from someone who knew what the other kids were going through. For Nielsen, it was a nice change of roles—from patient to Santa.

1Lotto Winner Plans To Give Away Entire Winnings 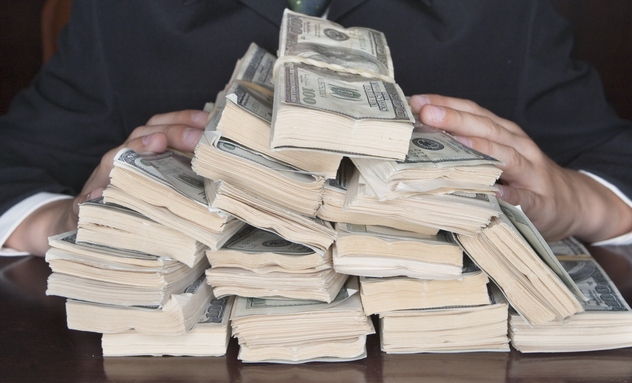 When retired CEO Tom Crist got a phone call from Western Canada Lottery, informing him that he had won $40 million in May this year, he didn’t jump in the air in joy. Instead, he quietly made plans for all that money to be donated, without any fanfare involved. However, his children’s insistence, and lottery rules requiring a public appearance, pushed Crist into the limelight this holiday season. He announced that he planned to give away all his winnings as a tribute to his wife—who recently passed away from cancer—and stated that he didn’t “really need that money.”

He’s already putting his words into action—he recently gave out $1.2 million to the cancer center where his wife was treated. Those who heard about Crist’s intentions, including the mayor, were awed by his selfless act. Lottery officials added that it was unheard of for someone to give all his winnings away, especially with such a staggering amount of money involved.

10 Awful Realities Behind The Lobotomy Craze