10 Children Survivors Of The Titanic And Their Chilling Stories

The sinking of the Titanic was one of the most traumatic and horrifying events in history. Thousands of people lost their lives in the freezing cold water of the Atlantic Ocean during the early morning hours of April 15, 1912.

There are many sad stories about the Titanic, but there are also many heroic stories of survival. If it’s remarkable for an adult to have lived through this terrifying event, it is even more amazing that children lived through the sinking of the Titanic. We can only imagine how scared these kids were and how this event changed their entire lives. In this list, we will discuss ten children who survived the sinking of the Titanic. 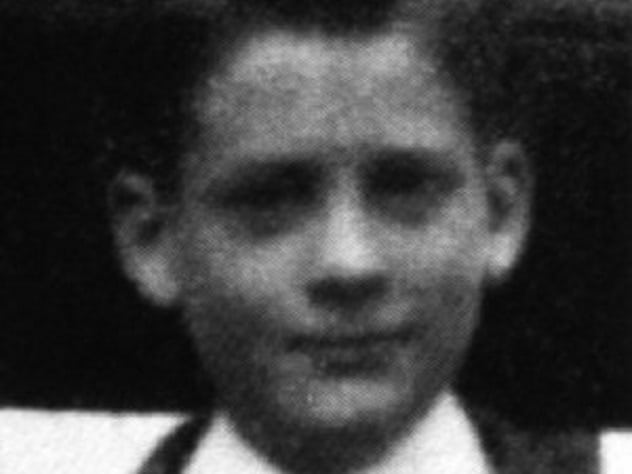 William Carter, or Billy, was 11 years old when he first stepped onto the Titanic. Billy was a first-class passenger, and the Carters were among the richest families on the Titanic. Not only were they first-class passengers, but all of their children, including Billy, attended boarding schools, and they had a servant with them on the boat. Even though the Carters were quite wealthy, they still went through the same tragedy as everyone else.

The night the Titanic struck the iceberg, the Carter family went in line to get on a lifeboat. Billy’s mom and sisters easily made it onto the boat, but Billy was told he was too old. Reportedly, Mrs. Carter thought fast and disguised Billy as a girl so he could get on. With some luck and quick thinking, this 11-year-old boy was able to survive one of the world’s greatest tragedies.[1] 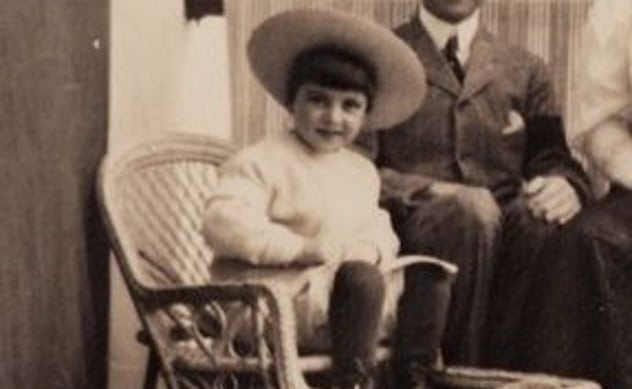 Robert Spedden was six years old when the Titanic crashed into the iceberg. He was on the ship with his mother and father. Spedden is a famous young boy from the Titanic because after the event, his mother wrote a book called Polar the Titanic Bear. This book was dedicated to Spedden, and it was about his teddy bear and his trip on the Titanic. Since Spedden was so young, when the sinking occurred, his mother and nanny tried everything in their power to keep him calm. They told him they were just going on a “trip to see the stars” before they boarded the lifeboat.

Thanks to the calmness of his mother and his nanny, Spedden was unconcerned on his trip off of the Titanic. Spedden and his mom also got very lucky when leaving the ship. They were on one of the last lifeboats off the ship and were the last woman and child in sight, so the rest of their lifeboat was filled with men. Spedden actually fell asleep on the boat during the ride away from the sinking ship.[2] This story shows how different people felt as the Titanic sank; most of us wouldn’t think that someone would have been this content during such a tragedy. 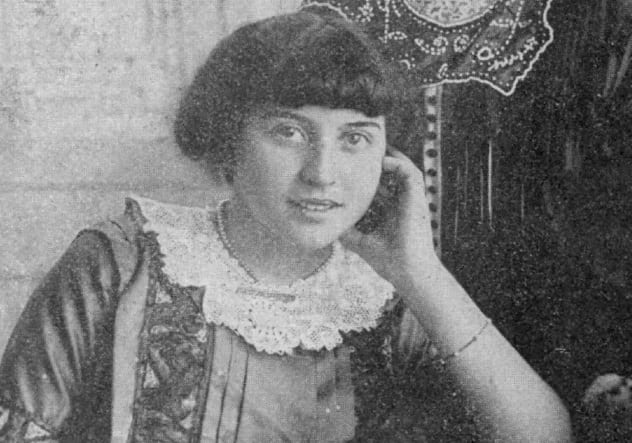 Jean Hippach was a 16-year-old girl who was traveling on the Titanic with her mother. On the night of the collision, Hippach slept through the initial crash. She was not awoken until she heard the steam roaring from the ship. Hippach remembered nobody being initially alarmed by the crash, and a ship worker told her not to worry and to go back to her room. Eventually, Hippach and her mother made it to the top deck to board a lifeboat. They did not get on one of the first ones, though, because they believed they would be safer on the Titanic than in one of the boats. One of the ship workers made them get into a lifeboat.

Soon after, they were floating away, and Hippach looked back to see the horror of the Titanic. There was an “fearful explosion,” and the ship started cracking. She then saw all of the lights on the Titanic go out as the men and women on her boat rowed frantically to escape the suction of the sinking cruise liner.[3] If Hippach and her mother hadn’t been on that lifeboat, they might have been still been on the Titanic and probably would have died. 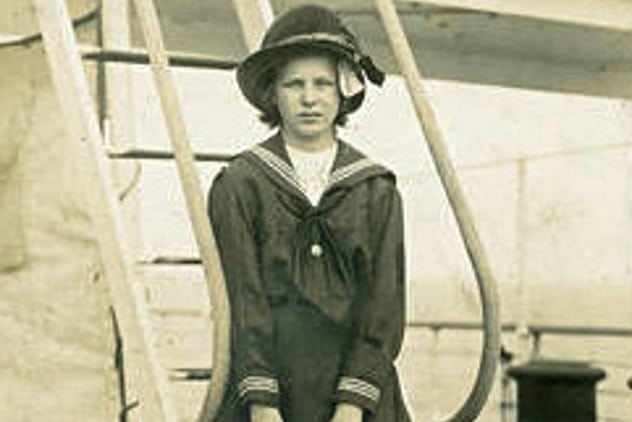 Madeleine Violet Mellinger was 13 years old and was a second-class passenger when the Titanic left port. Mellinger was traveling with her mother. During the night the Titanic hit the iceberg, Mellinger was jarred awake by the sound of the crash. After that, she went back to bed for a little while until a man pounded on their door and told them to get topside. They both headed up to the deck to get on a lifeboat.

Once they got onto a boat, Mellinger remembered feeling sorry for those still waiting for a lifeboat and wishing that they could all pile into hers. She remembered the rockets shooting off from the ship, looking for someone to come and help them. She also remembered the screaming of the people in the ice-cold water.[4] 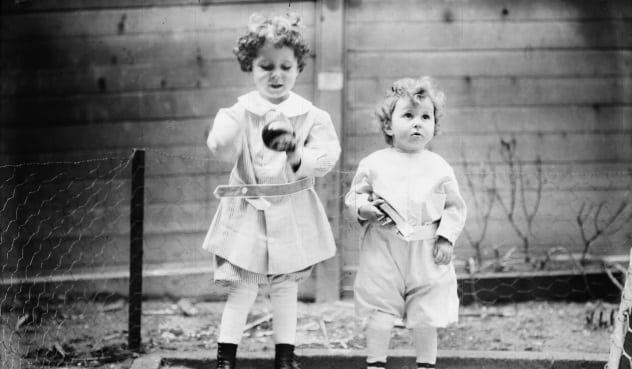 This next story is one of how the kindness of strangers and a little luck can completely change a child’s life. The night that the Titanic sank, Mr. Navratil and his two young sons were aboard the doomed ship. Mr. Navratil had lost custody of the boys to his estranged wife, so he had decided to run off to the United States with them. Before putting his sons onto a lifeboat, Mr. Navratil wrapped them up in a blanket to keep them warm and said his goodbyes. The boys lived, but Mr. Navratil did not. Once the boys were rescued, the crew and other passengers realized that they only spoke French and could not communicate with them in English.[5]

A woman passenger volunteered to take the boys with her back to New York to keep them safe until they could figure out what to do with them. Luckily, the boys’ mother saw a picture of them in a newspaper in France and was able to go to New York to retrieve them. They all headed back to France, where they lived together. It is amazing to think how kind a stranger could be and how lucky the boys were that their mother found a picture of them in a newspaper to come and take them home. 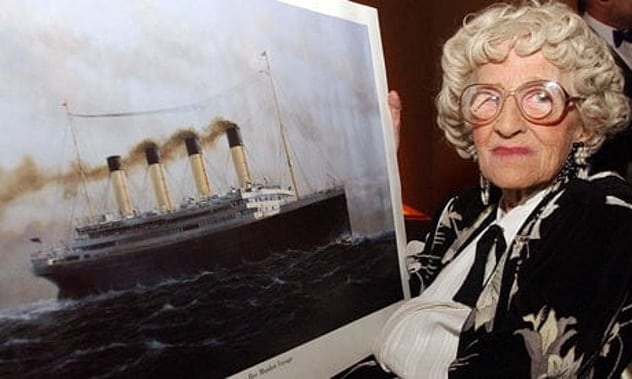 When the Titanic was making its voyage to New York, Millvina Dean was only two months old. This made her the youngest passenger on the ship. She and her family were third-class passengers and were on the Titanic because they were moving to the US. During the night of the crash, Millvina, her mother, and her brother all boarded a lifeboat and made it safely to New York.

Even though Millvina does not remember the sinking of the Titanic, she is on this list for a very important reason. She became the last person to die after surviving the Titanic in 2009, having lived to the age of 97. She was able to share her story for all of those years and help all of us remember the Titanic and the tragedy that struck in the Atlantic Ocean that night.[6] 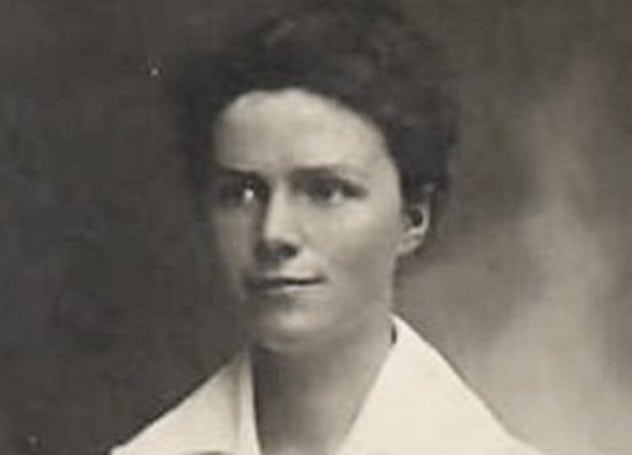 Mary Conover Lines was 16 years old when she was aboard the Titanic. She was traveling with her mother, and they were going to the United States to attend her brother’s graduation from college. The two were in the reception room of the ship when it hit the iceberg. Lines and her mother made their way up to board a lifeboat. There they saw ice all over the deck of the ship but eventually made it onto a boat.

Line’s story is very chilling because she recalled a lot of events from that night that would haunt her forever. She later discussed how the crewmen were very calm as they helped everyone into the lifeboats, even though they knew they were going to lose their lives that night. She also remembered the horrific sight of the ship sinking and was grateful that she was too far away to hear the screams.[7] 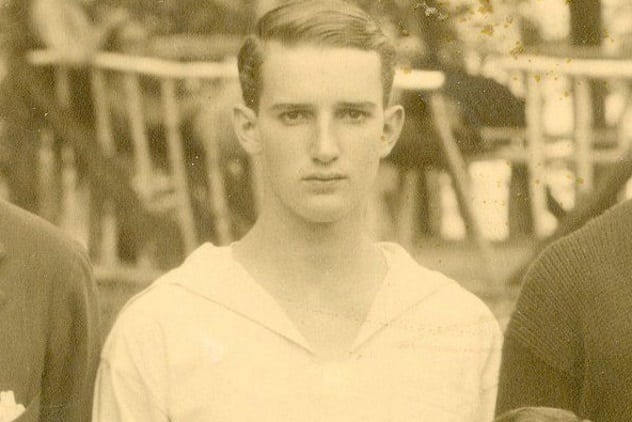 John “Jack” Thayer’s story is one of the most thrilling from the sinking of the Titanic and one of extreme luck. Thayer, 17 at the time, was traveling with his parents and made some friends on board the ship. The night the Titanic hit the iceberg, Thayer and one of his friends were separated from his family and made their way to get onto a lifeboat. Unfortunately, they were not allowed on a boat and watched as the last one left the ship. Thayer and his friend decided that they were going to have to jump into the ocean before the ship sank to have the best shot at surviving.

Thayer didn’t see his friend again after he jumped. Thayer hit the water’s surface and, even with a life preserver, was pulled down by the suction, nearly drowning. When he finally came up to the surface, pure luck took over. He’d surfaced right next to an upside down collapsible lifeboat from the ship.[8] He and 28 others all pilled in or held onto the side of the boat until they reached safety. It is unbelievable how lucky some people can be, and Thayer’s luck came right at the perfect moment. 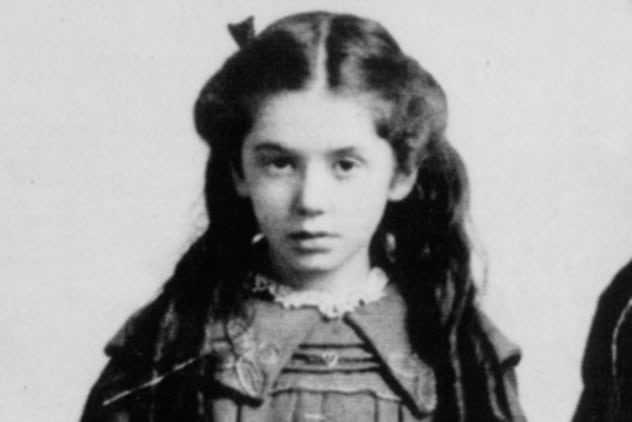 Eva Hart was just seven years old when the Titanic collided with the iceberg. She was traveling with her mother and father on the great ocean liner. Hart and her family were second-class passengers on the ship. Hart and her mother were able to get on a lifeboat and survived, but her father was lost to the deadly cold ocean. Her story has a happy ending, though.

After the accident, Hart prided herself on living her life to the fullest. She spoke to many people about the sinking of the Titanic to keep its memory alive. She also traveled throughout her life, and that was a big step for her. She showed that she was not afraid to take a sea voyage, or any other form of long-distance transportation, even though such a horrible tragedy happened in her life. She wanted others to know that even when tragedy strikes, they should still live their lives afterward because it is what made her life worth living.[9] Hart has a great message for us all about not giving up on life, even when it seems so horrible and bleak. 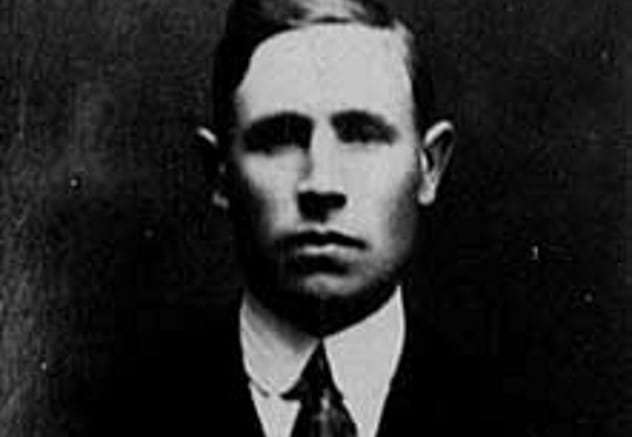 August Abrahamsson was 19 when he was on the Titanic. He was a third-class passenger on the ship, and he was traveling with his parents and two siblings. During the night of the crash, Abrahamsson left his room late because he didn’t believe there was a problem with the ship. Since he waited so long to leave his room, he could not get a life belt. As he made his way up to the deck, he headed toward the front of the vessel to see if any lifeboats were left.

Since he was 19 years old, it was going to be hard for him to get into a boat. Luckily, he was able to board the last lifeboat to leave the ship. If he would have had to go into the water without a lifebelt, he probably would have died quickly. As they pulled away from the ship, Abrahamsson heard muffled explosions and saw the ship sink.[10]

All of these stories of the Titanic truly show how lucky people can get. We can only imagine how scary this tragedy must have been for these children, but they got a second chance at life, and hopefully, they lived the rest of their lives to the fullest.

I am a teacher that likes writing in their free time.

Read more Titanic stories on 10 Surprising Unknown Stories About The Titanic and 10 Less Than Heroic Stories Of Survival From The Titanic.