The study of ancient Egypt is one of the most interesting things in the world. From a young age, many people are enthralled by stories of cursed mummies, ancient pyramids, and all kinds of Egyptian magic. While mummy curses may not necessarily be real and the pyramids probably weren’t built by aliens, there are still many interesting things to learn about the ancient Egyptians. From pregnancy tests to religious tales, join us as we explore the world of the ancient Egyptians. 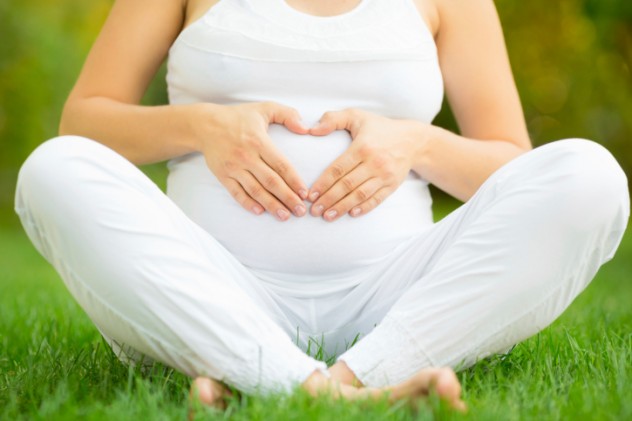 Ancient Egyptians are known for a lot of things, but one thing many probably don’t know is that they were one of the first people to come up with a pregnancy test. There were multiple ways to perform the test, documented in a text called the “Berlin medical papyrus.” In one version of the pregnancy test, a woman would be put on a mash consisting of beer and dates, and pregnancy would somehow be determined by how much she vomited. There was also a test that involved the woman urinating on bags of barley and wheat that also had a mix of dates and sand. If both of the bags grew, then the woman is believed to be pregnant.

When scientists tested the second method recently, they found that positive results were reasonably reliable, but some pregnant women received negative results. The ancient Egyptians also had a test to discover the gender of the baby, but scientists found it to be no more than 50 percent effective, or no greater than chance. They believe that the vomiting tests measure a woman’s greater sensitivity to strong odors when pregnant.

9 The Legend Of The Titanic Mummy Curse 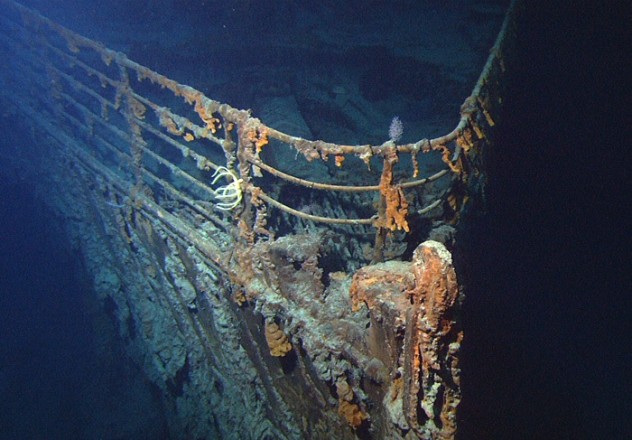 As we all know, the RMS Titanic was an enormous ship constructed by foolish mortals who believed they could truly create something that was unsinkable. This hubris of man caused a great tragedy, plunging many to their deaths as the Titanic sank to the bottom of the ocean. While many would simply call the sinking of the ship an accident, some people have another idea.

There are those who tell a tale of the cursed mummy of the priestess of Amun that had been brought to England. It had the mysterious power of breaking nearby objects and causing trouble with its dark, scary magic. Eventually, according to legend, this mummy ended up on board the Titanic and disaster struck. As it turns out, the actual explanation is a little more mundane. The rumor began with an Englishman named William Stead, who claimed to own the mummy and entertained the other passengers with tall tales of the powerful force he had brought on board. In reality, he had done no such thing—in fact, he never owned the mummy at all. 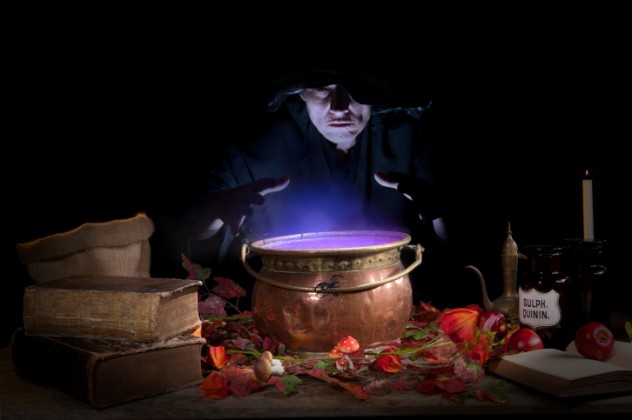 The ancient Egyptians loved magic, and—this is shocking, so prepare yourself—they also enjoyed love. The Egyptians decided that it would be a good idea to combine the two and created their own love potions. These potions were quite specific to the situation, with separate potions to win over the woman of your dreams, force a woman to love her man, make a woman like sex, and even love potions meant for people who want to ruin marriages out of jealousy.

Before you fire up the cauldron, you should know that the recipes are about as insane as you would expect. One involves mixing the dandruff from a murdered man and with barley, apple pips, blood from a tick that bit a specifically black dog, your own blood, and your semen. This mixture is supposed to be planted in the beverage of your beloved, but if you can get someone to willingly drink a concoction that foul, you have probably already won their love. 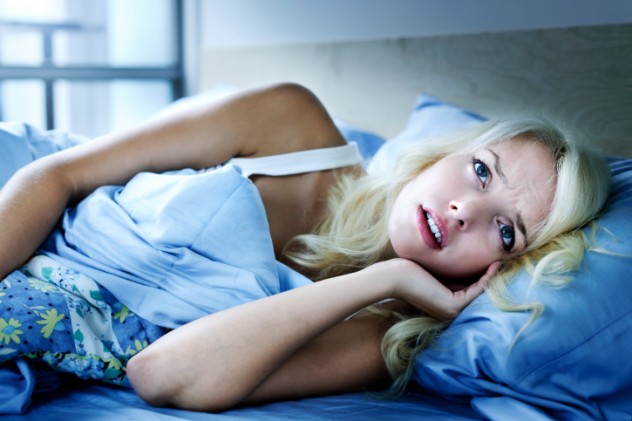 In ancient Egypt, dreams were considered extremely important. Today, most people consider dreams to just be a random jumble of images, but Egyptians were convinced that everything you remembered from a dream had significance. People would pay the temple priests—who had extensive training in dream interpretation, as well as books with the proper guidelines—to help them interpret their dreams. Some people would even spend time sleeping at the temple to be closer to the gods when trying to discover something important through dreaming.

The ancient Egyptians weren’t worried too much about the context of the dream, directing most of their attention to little details that they had jotted down in their manuals. For instance, seeing a large cat may been a bountiful harvest is on the way, but seeing a dwarf means that your life is already halfway over. 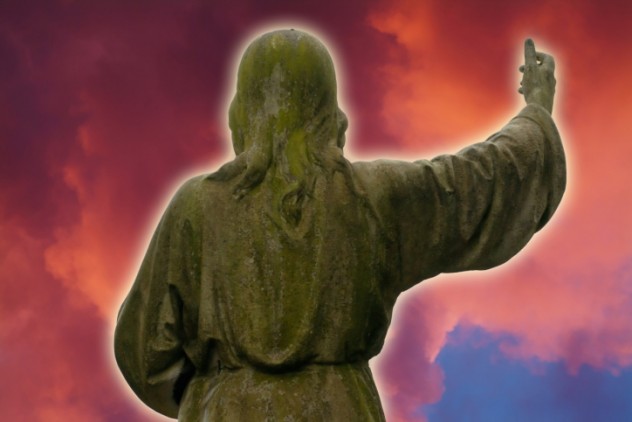 An Egyptian text from over a thousand years ago was recently discovered—and it has new details about Jesus. The people who are in charge of studying the text caution that while the text appears legitimate, that doesn’t necessarily mean that the claims are correct, just that whoever wrote them at the time believed it to be true. That said, the information presented in the text is very interesting.

Among other things, it states that Jesus was known for being a shape-shifter. He couldn’t change into animals, but he did change his complexion, or disguise himself as an old man or a young child, and used this ability to evade those who were out to arrest him. According to the text, the reason Judas betrayed Jesus with a kiss was for identification purposes, because the guards couldn’t do so by physical appearance. Additionally, while the last supper is believed to have been on Thursday, this text suggests that it was actually on Tuesday. It also states that Pilate talked to Jesus, broke bread with him, and offered to have his own son killed in his place before Jesus was executed. The text explains that Jesus politely declined the offer, but thanked Pilate for his kindness and showed him that he had the power to leave anytime he so chose. 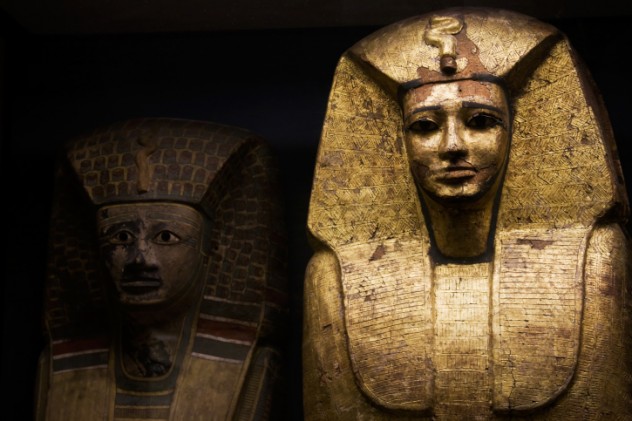 One of the most pervasive tropes involving the ancient Egyptians is the idea that they were very keen on using magic to exact revenge on others. The ancient Egyptians were known for all sorts of magic in general and likely experimented with many different creative ways to get back at others. However, the most well-known is the curse of the mummy. More specifically, it is the general idea that pharaohs would have magic spells placed on their tombs to ensure that anyone who entered and disturbed the remains would pay most dearly for their crimes.

Of course, no mummy’s curse has ever been proven and usually involves people fitting the circumstances to their theory, but scientists wanted to see if perhaps there was something non-magical going on that would make a difference. After studying substances in the tombs, they observed dangerous molds growing on the walls that could cause the lungs to bleed. They also agreed that this was unlikely to actually happen. More eerily, a British museum hosting a statue from ancient Egypt has caught on video what they claim to be the statue moving on its own. Experts have determined that it’s the result of vibrations from visitors’ footsteps, but what do they know? 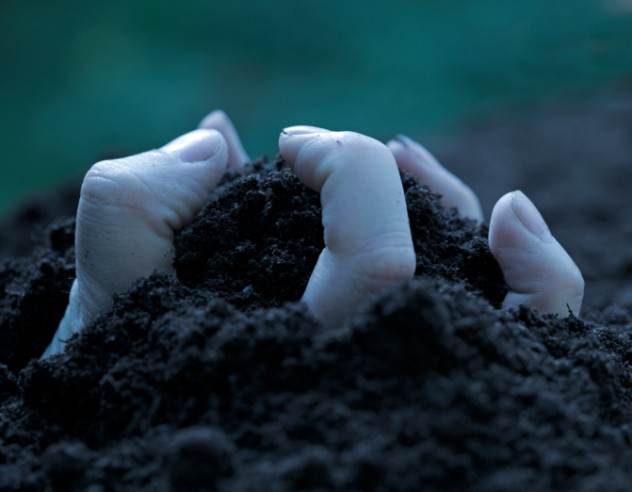 Perhaps you’ve gleaned at this point that magic was quite popular in ancient Egypt. It was used for just about anything and had an institutionalized place in their society. This use of magic led to the performance of all sorts of miracles by the high priests. Some legends claim that an ancient Egyptian priest once parted a lake, much like Moses parting the red sea, just to get a trinket that had been lost on the seabed. They have also been known to resurrect animals and even humans. Usually, the reason given for resurrecting someone is an crucial purpose that person needs to fulfill, like standing as a witness in an important trial.

Resurrection played an important part in the Egyptian way of life. The idea of death and new life was a fundamental tenet of their religious beliefs. Egyptians believed that, like the sun rising again, they would eventually begin life anew, and so were very concerned with proper preservation of remains and making sure the dead were prepared for the next life. It wasn’t necessarily a “get out of death free” card, however. When an ancient Egyptian died, it was believed they would now face judgment and would only begin new life if their deeds weighed out properly. 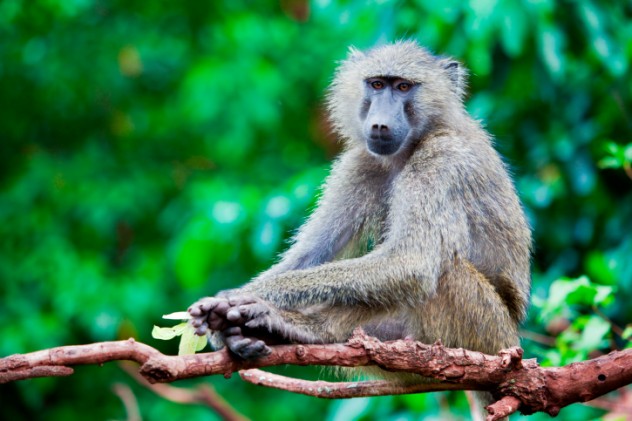 Most people probably think of cats as the animal most associated with ancient Egypt, but baboons were also extremely important in culture and society. After all, primates are far easier to train than felines, and were equipped for great practical purposes. Among other things, their climbing abilities and dexterity made them useful picking fruit, nuts, and dates.

Baboons held more significance in Egyptian society than mere fruit-pickers, however. According to historians, baboons factored into Egyptian religious beliefs in multiple important ways. Baboons were believed to make loud, obnoxious noises when the sun came up, so many associated them with the god of the sun. One pharaoh, Amenhotep III, actually had four massive statues of baboons commissioned, because that’s how he rolled. The baboon is also believed to have some connection to the God Hapy, who is an offspring of the great Egyptian God Horus. 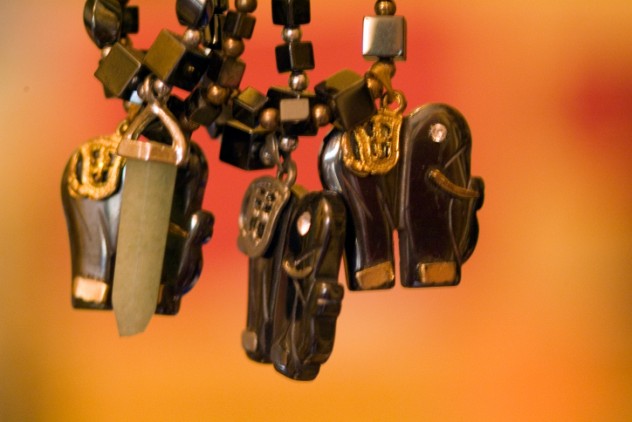 The Egyptians were some of the first people to use amulets and took superstition to a new level. They believed that carrying different objects that had specific properties would protect them. Most of us would consider such an idea pretty silly, but ask yourself this—have you ever had a lucky shirt, pen, or some other trinket you carry because you think it will safeguard you? If so, then you, too, have used amulets just like the ancient Egyptians.

Ancient Egyptian amulets were usually items of jewelry shaped like an animal or some other symbolic form. These amulets could be made out of almost anything, but the magic behind making them was often very complex. How the amulet performed for the wearer depended on what the amulet was made of, how it was shaped, what it looked like, and of course, what magic had been wrought into it through the use of spells and incantations. 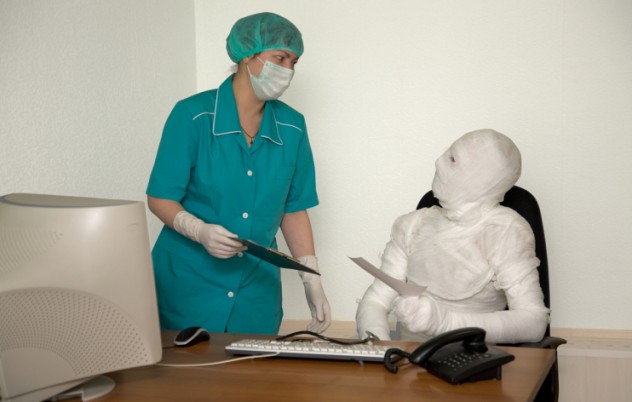 Perhaps the most well-known staple of ancient Egyptian culture is their magical healing abilities. There is some truth to this legend, but much of the history has been confused. While the use of magic was well-established within their medical practices, recent research has shown it may not have played as much of a role as people think. Many rituals may have focused on the use of magic, but that doesn’t mean the ancient Egyptians didn’t know what they were doing.

For their time, the ancient Egyptians had an impressive knowledge of real medicine. Recent publications have shown that the healers of the day actually quite adept at medical procedures such as surgery. There is even evidence that the ancient Egyptian healers had created successful prosthetic toes. Researchers also concluded that ancient Egyptians believed in universal healthcare—everyone seemed to get the best treatment that was available at the time regardless of status.