How was it possible that slavery was so central in a society where individual freedom was so highly valued? This is one of the many paradoxes of ancient Greece . . . or maybe it’s not a paradox but a reflection of the fact that we can only value things based on contrast. Perhaps it was because of the fundamental role of slavery that ancient Greeks came to value individual freedom so much. This list presents 10 interesting facts linked to slavery in ancient Greece. 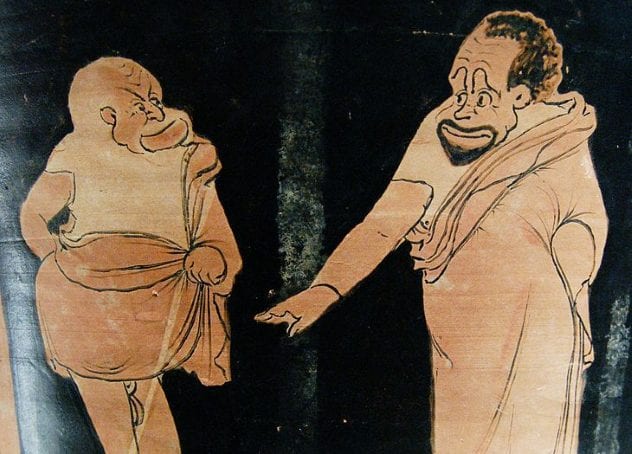 Modern estimations suggest that in Attica (Athens and its vicinity) from 450 to 320 BC, there were roughly 100,000 slaves. The total population of the region was around 250,000, which would give us a slave-to-free ratio of about 2:5. Other, more general estimates state that between 15 and 40 percent of the ancient Greek population were slaves in various regions at different times. 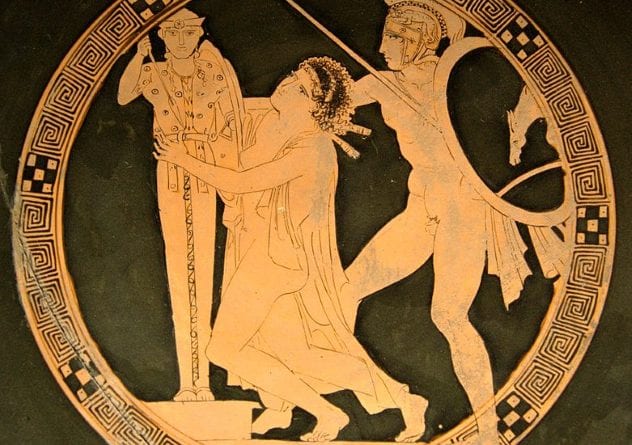 A large number of slaves were prisoners of war, usually part of the booty seized by the victorious army. One famous example comes from Philip II of Macedon (Alexander the Great’s father), who sold 20,000 women and children into slavery after the invasion of Scythia in 339 BC. The connection between war booty and slave procurement was so tight that slave traders sometimes joined the armies during their campaigns so they could buy the prisoners immediately after they were captured.

Other streams of slave procurement included piracy, debt, and even barbarian tribes who were willing to exchange their own people for specific goods. Trading posts also acted as big suppliers of slaves for Greece. Many of these were located around the Black Sea, and some cities such as Byzantium and Ephesus also had big slave markets. 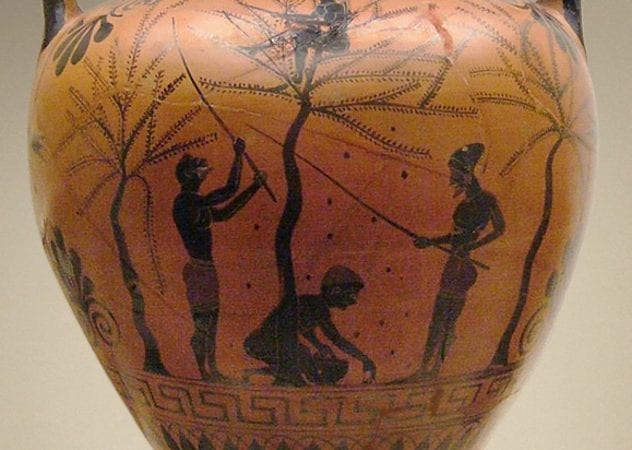 In Athens, making a living by working for others was perceived negatively. State employment was the only form of wage labor free from this prejudice. Since most free citizens avoided wage labor as much as they could, slaves were used to fill the workforce gaps. As a result, saves could perform a wide range of jobs in ancient Greece.

We know of slaves being employed as cooks, craftsmen, maids, miners, nurses, porters, and even in the army as attendants to their masters, baggage carriers, and sometimes as fighters. Some specific public positions were performed by slaves, the most famous example being (surprisingly) the police in Athens, which, at least during part of the fifth and fourth centuries BC, consisted mostly of Scythian slaves. 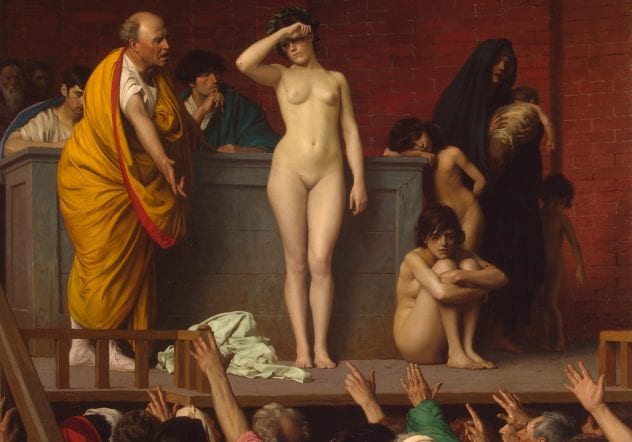 Owning slaves was a fairly common practice in ancient Greece. A middle-class family might have had between three and 12 slaves, but those numbers are just estimations by scholars and hard to verify. The number of slaves varied according to time and place.

In his work Ecclesiazusae, Aristophanes equates not owning any slaves to a sign of poverty. The two major owners of slaves in ancient Greece were the state, where slaves were employed as police and various other public functions, and also wealthy businessmen, who supplied slaves for working in the mines. 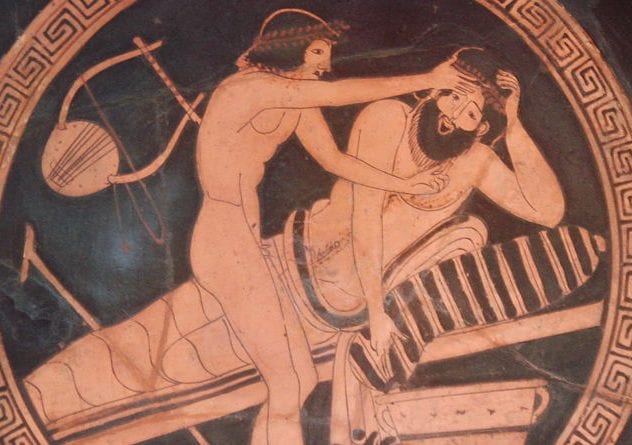 There were different types of slaves in ancient Greece, and their living conditions and expectations were strongly linked to their occupations. The most unfortunate were the slaves involved in mining, who were condemned to a miserable life and almost certainly an early death.

However, not all slaves were doomed to suffer cruelty and abuse, and some could expect a more or less decent living. Slaves specialized as craftsmen, for example, could work and live separately from their masters and could engage in commerce and generate income, though a portion of what they earned had to go to their masters’ pockets. Spartan slaves (helots) could enjoy family life. State slaves in the Athenian army who died during combat were even honored with a state funeral, the same as free citizens. 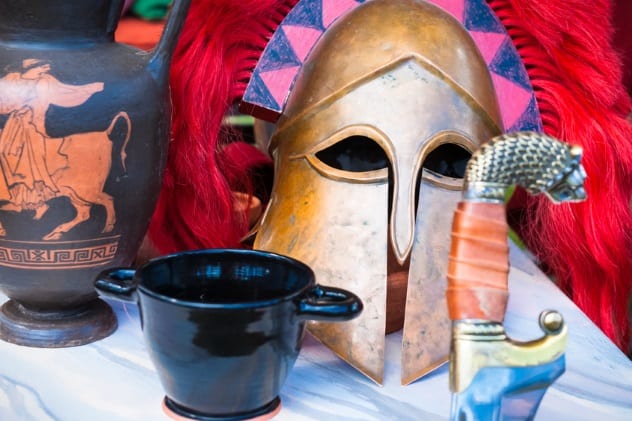 During Classical times, the booming Athenian craft production industry forced many workshops to evolve into factories. Slave labor was the dominant workforce in many prominent factories, most of which belonged to wealthy politicians.

We have records of two factories owned by Demosthenes that were largely supported by slaves. One of these factories produced swords and had about 30 slaves, while the other used 20 slaves and produced couches. Lysias, the famous writer, owned the largest production center we have on record, a shield factory which had 120 slaves. 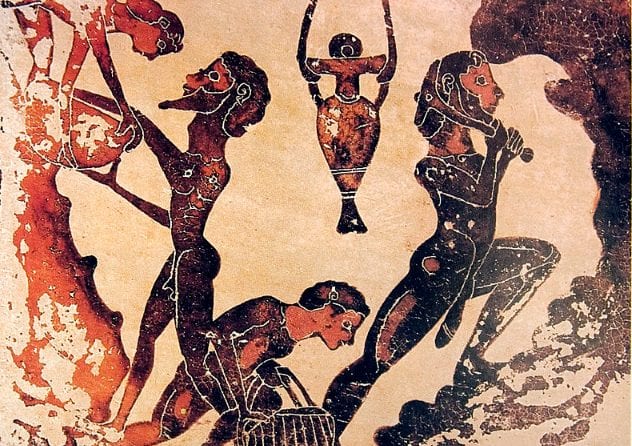 Mining has always been a highly profitable activity, and ancient Greece was no exception. The profits from mining were as immense as the risks of working in the mines. It’s no wonder that the Athenians employed slaves for a job so dangerous.

Large profits were made not only from the actual mining activity, but also by those who could supply slave labor. We know that the politician and general Nicias (fifth century BC) supplied as many as 1,000 slaves to work in the mines, making 10 talents a year, an income equivalent to 33 percent on his capital.

The fate of slaves working in the mines was precarious. Many of them worked underground in shackles, deprived from sunlight and fresh air. In 413 BC, an Athenian army was captured during a disastrous expedition to Sicily, and all 7,000 Athenian prisoners were forced to work in the quarries of Syracuse. Not one of them survived. 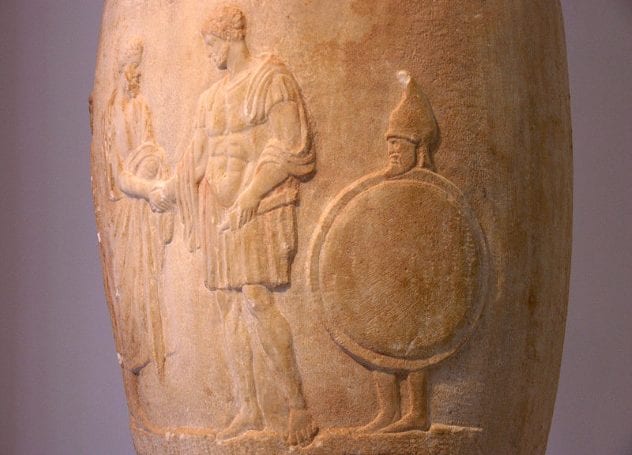 Some slaves could hope to gain their freedom. It was possible mainly for those in a position of saving money, especially those who where involved in wage labor and therefore had some degree of financial autonomy. Slaves who were able to save enough money could buy their freedom by paying their masters an agreed sum. We also know of slaves employed in the army who were granted their freedom as a reward for their service.

At Delphi, many inscriptions displaying the names of slaves who bought their freedom have been found. They illustrate the diverse array of regions from which the slave were procured: Caria, Egypt, Lydia, Phoenicia, Syria, and many other countries appear. 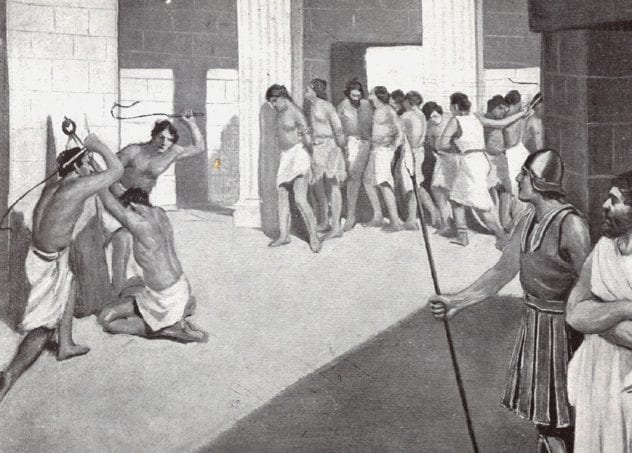 The helots were Greeks reduced to servitude by the Spartans. Their exact origin is unclear, but some accounts claim that they had been the inhabitants of a place called Helos, which was conquered by the Spartans. With every new conquest, the number of helots increased.

The helots were occupied as farmers, house servants, and any other activity that would distract the Spartan citizens from their military duties. There was constant tension between the helots and the Spartans. They were treated in humiliating ways and constantly intimidated. They had to wear a cap made of dog skin and a leather tunic. It was agreed that the helots should be beaten an agreed number of strokes every year, regardless of any transgression they might have committed, so they would not forget that they were slaves. 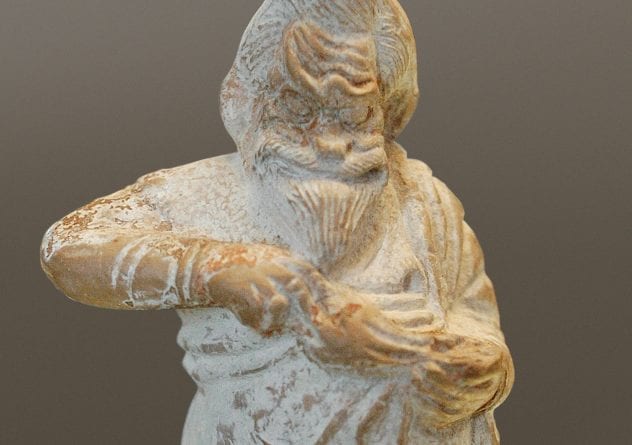 While we might have objections to the practice of slavery, ancient Greek society did not seem to share our concerns against human exploitation. Slavery was not only accepted as a normal institution, but there were also a number of justifications for it.

Aristotle wrote that some people were simply born to be slaves, while others were born to rule the slaves, a doctrine known as “natural slavery” (Politics 1, 1253b15–55b40). Slavery, Aristotle said, was a good thing for slaves, for without masters, slaves would not know how to live their lives. He also saw slaves as “animate tools”—pieces of property to be used, with no rights other than those granted by their masters. 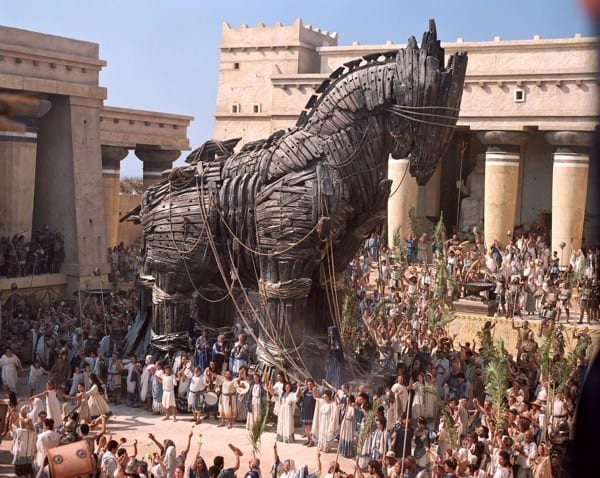