Very recently, there has been a spate of sinister and creepy clowns being sighted, often in the dead of night. The phenomenon is thought to have begun in the United States and has since spread over the UK and Europe.

Most people see the clowns as bored pranksters who are just happy to see their work in the public eye. More worrying, though, some seem to have used this prankster craze to disguise grimmer intentions. 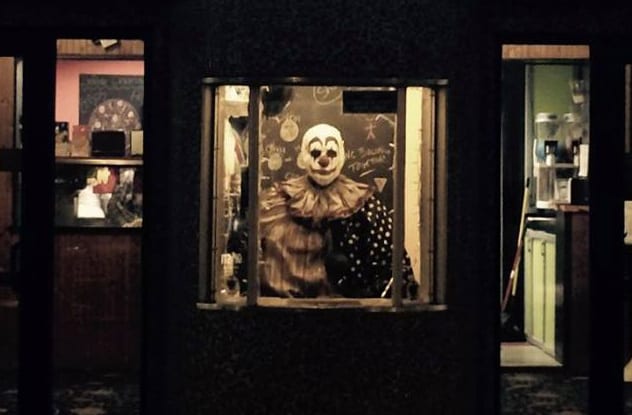 Nicknamed “Gags” by Green Bay locals, this mysterious clown was first reported wandering around town in the early hours of August 1, 2016. The sighting was reported to local radio station WBAY. As well as his sinister-looking makeup and worn jumpsuit, Gags also carries with him a bunch of black balloons.

Many in the area later spoke to local media and stated they believed the “prank” was down to a local filmmaker who was working on a short horror feature. Pictures quickly found their way to Facebook, where Gags has since attracted over 50,000 likes. 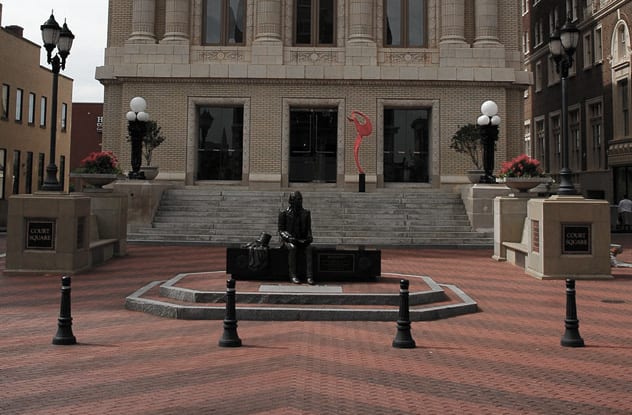 Residents of the small town of Greenville, South Carolina, were warned in August 2016 to contact police if they see clowns wandering the streets. According to reports, clowns with “luminous noses and oversized shoes” had been witnessed trying to lure children into woodlands where many clowns had been sighted.

There have also been reports of wicked-looking clowns standing near basketball courts or simply under streetlights. Those who report interactions with these seemingly menacing types state that they were in possession of “lots of cash” and even lasers.

Ryan Flood from the Greenville County Sheriff’s office stated that, “Our view is to take it seriously in case there is someone dressed as a clown trying to lure them (children) away.” Although police have not found evidence of any wrongdoing, the volume of reports made them see fit to increase regular patrols near the alleged sighting areas. 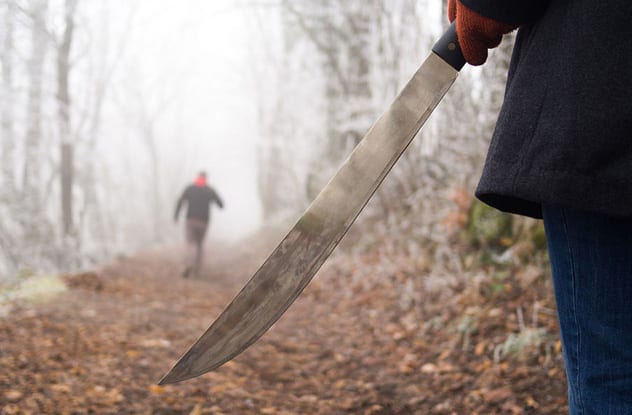 A week following the warning issued by Greenville County Police, reports of very similar sightings came from across the state border in North Carolina. Referred to as the “Tar Heel” sightings after the state’s nickname, they seemed to be concentrated in the areas of Greensboro and Winston-Salem.

The first sighting occurred near an apartment complex, where a clown with red curly hair and a yellow dotted shirt was seen running out of the woods. A witness chased it back into the woods with a machete. This encounter made local law enforcement encourage residents—particularly those wanting to play pranks and such—not to dress as clowns for fear of another similar reaction from a member of the public. 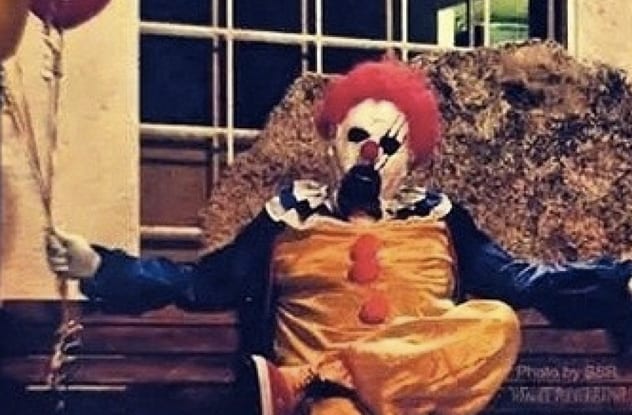 When reports of clowns being sighted in and around Bakersfield, California, surfaced in 2014, not only did they possess a menacing look, but some possessed machetes or baseball bats and gave the impression they were more than happy to use them. Bakersfield police officer Joe Grubbs stated that these sightings, particularly those involving weapons, preyed on many people’s “natural phobia of clowns.”

Twenty separate sightings were reported in one week in the town. The only “clown,” however, who was arrested turned out to be a 14-year-old boy, who was caught chasing other small children while dressed in a clown costume. He told police that he was merely playing a prank that he had seen on the Internet. He was not found to be armed, and police let him go, before discouraging such pranks, not only for the safety of the community, but for the safety of the pranksters themselves. 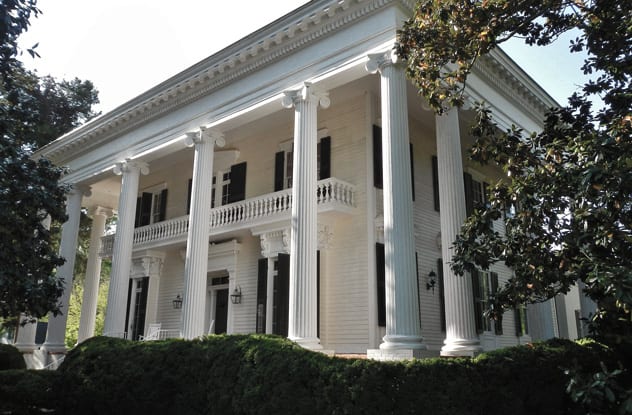 In September 2016, reports were made to police in LaGrange, Georgia, of clowns trying to talk to children. One apparent threat was made online by one of these alleged clowns to abduct children from local schools.

The threat came to light when a Facebook page was noticed and reported. It stated that a person would “dress like a clown” and would target any one of five specific schools, driving a white van from location to location. While the person or persons responsible for the Facebook page, and ultimately the threat of abduction, is still unknown, LaGrange Police stated they would press charges if those responsible were tracked down and they felt it was in the public interest to do so. 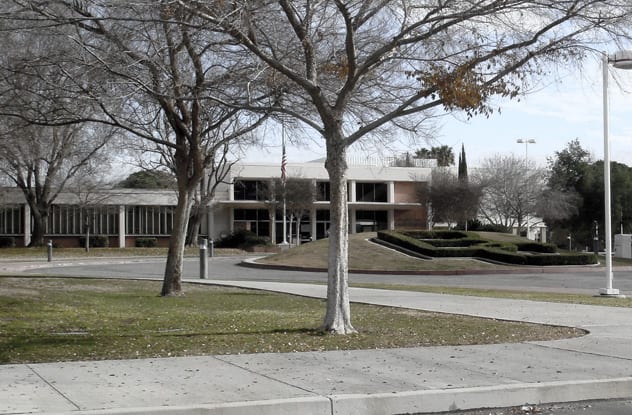 Amid a flurry of crimes committed in the San Joaquin Valley area of California in October 2014, witnesses saw perpetrators dressed in clown costumes. It appeared that the costumes and faces of the clowns changed constantly, with the only constant being how “evil” or “creepy” they were. Some people theorized that it might be a gang of clowns working together to bring terror to the city.

An anonymous caller to KGET radio stated that he had started the clown sightings in this area of the state. He claimed it was simply a photography project that he and his wife were working on. Although it was not his intent, he believed other local residents had taken it upon themselves to make copycat clown appearances. 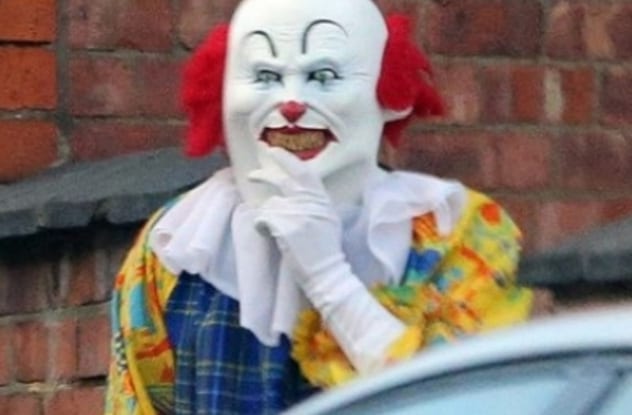 Beginning on Friday, September 13, 2013, a strange but unnerving clown suddenly began terrorizing the residents of Northampton in the United Kingdom. His appearances quickly became a sensation, with TV news stations covering his appearances in the United States, Canada, Australia, Japan, and India. One particular couple from America who happened to be on a holiday in the UK went out of their way to visit Northampton in the hope that they might get a glimpse of the famous spook.

Those who did see him close up likened him to the fictional clown Pennywise in Stephen King’s IT. He was seen carrying balloons, waving slowly at passersby, and sometimes uttering the words, “Beep! Beep!”

He provoked his increasing fan base by leaving clues online as to where he might spring up next. The Daily Mirror newspaper took it upon themselves to find out who this mysterious clown was. Their investigation revealed him to be a student filmmaker, Alex Powell, after they followed him to his home and then witnessed him emerge from it in full clown dress. 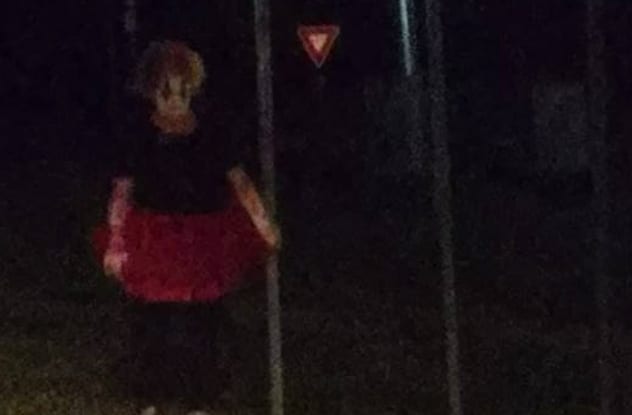 One of the most recent creepy clown sightings came in mid-September 2016 when Jamie Hill posted a picture to Facebook that showed a figure near the Hal Rogers Parkway in London, Kentucky. Hill stated to local media that she had not planned on posting the picture online and had only taken it to show friends, thinking they would not believe what she had seen. Only when people began to state they had seen the same thing was the picture was made public. 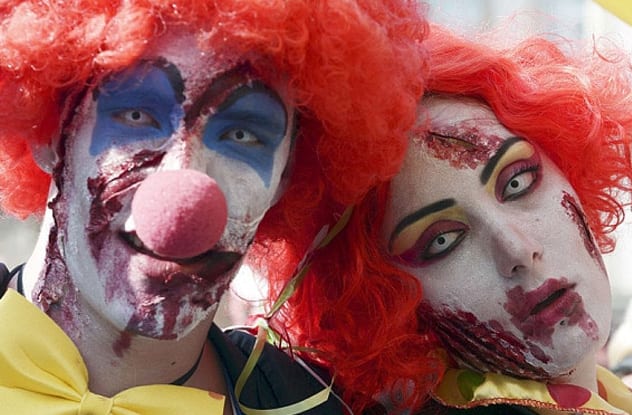 Such was the severity of the terror when evil clowns spread throughout France in late 2014 that vigilante groups formed to combat the problem. Reports came about clowns terrorizing the country, with a great many being armed with an array of weapons—anything from pistols to baseball bats to knives. One woman reported that she was attacked by a clown with a fake axe, while other reports tell of people being robbed by masked attackers.

Several arrests have been made by authorities, who treated the incidents with deadly seriousness. One 19-year-old who was found guilty of dressing as a clown and threatening members of the public received a six-month suspended jail sentence. 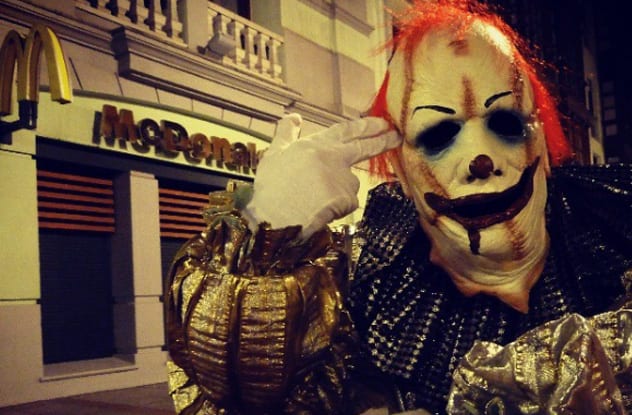 Not long after the clown sightings began in France, the city of Gijon in Spain got a clown to claim as its own. Named “Gijonclown,” the scary jester has an Instagram account with over 5,000 followers.

Gijonclown is most often seen around the city in the early hours of the morning, and although he has never spoken or brandished any weapons, people have reported the clown as “acting sinister.” While the sightings in France have been somewhat violent, with some resulting in reported crimes, Gijonclown seems to be fulfilling nothing more than enjoying the limelight.

A post on his social media account reads, “Scared of clowns? But we are the most friendly, nice and sociable people you’ll ever meet. You’ll find us at night.” 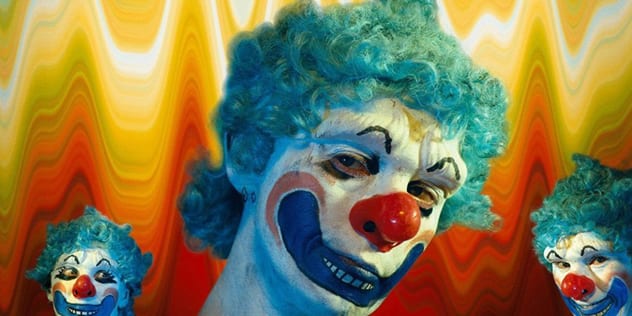 If you suffer from coulrophobia you may want to skip the following fascinating articles from our archives:

Marcus Lowth is a writer at Me Time For The Mind. Visit them on Facebook.