From koala bears to cud-chewing cows, we can’t get enough of the animal kingdom. But some of us take our appreciation of animals a little bit too far—by combining it with the love of a good wind-up. Here are 10 of the best animal hoaxes.

10The Killer Hawk Of Chicago 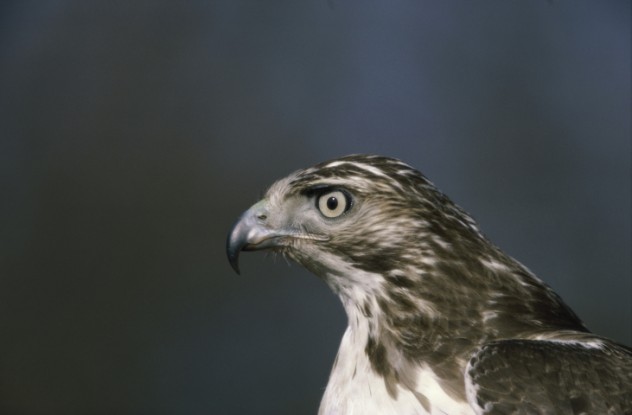 Chicago, 1927. A killer hawk is on the loose, picking off the city’s beloved pigeons. The story grabbed people’s attention and soon the occupants of downtown Chicago—who considered the pigeons to be mascots of the city—rallied round and decided to hunt down the predatory bird. The story dominated the city’s newspapers—a banker offered a $50 reward for its capture and the Lincoln Park Gun Club appointed a special team to take out the hawk.

Soon enough, Chicago was swarming with would-be poachers; even a brigade of Boy Scouts marched the city’s streets. Eventually, one of the Chicago Journal’s reporters admitted that he was behind the hoax, having come up with the idea one bored afternoon while looking out the window and seeing a hawk fly past. 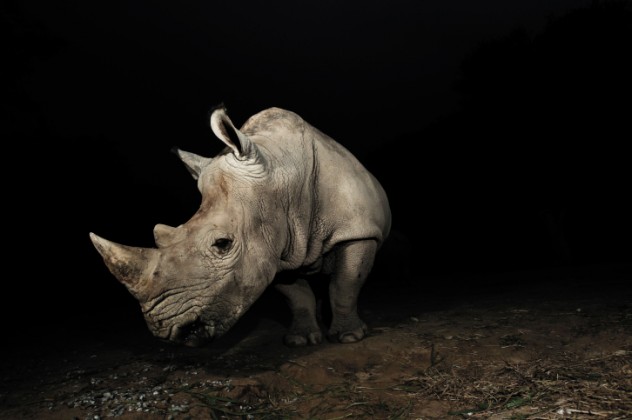 Footprints in the snow are a common occurrence. But not so much if they’re the footprints of a large beast—like the ones supposedly found on the campus of Cornell University in the 1920s. The tracks led down to the frozen Beebe Lake, where a massive hole suggested whatever had made the footprints had fallen in the water and drowned.

A zoologist from the faculty was called and identified the marks as those of a rhino. But the tracks were no more the prints of a rhinoceros than the moon is made of cheese: they were actually the work of serial prankster and Cornell student Hugh Troy. Troy and a friend had pinched a wastepaper basket with a rhino-foot base from a professor at the university. They then attached the bin to a clothesline and laid the tracks under the cover of darkness one snowy eve.

8Rats Dressed Up As Poodles 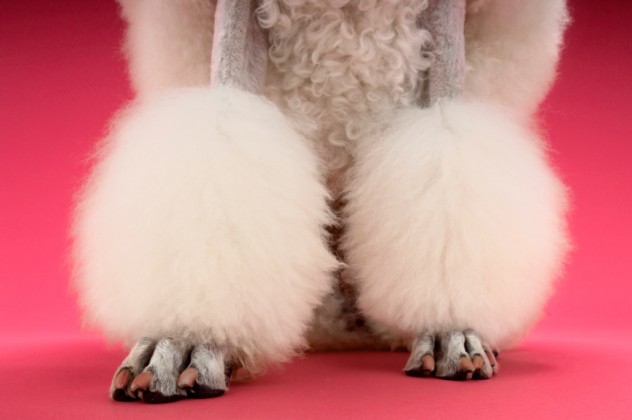 What kind of crazed fool would feed a rat steroids and then sell it as a poodle? In fact, what kind of crazed fool would buy such a pet? Quite a few, supposedly. We’re in Latin America for this hoax, where one cheeky market vendor is said to be conning tourists to part with their cash for what they think is a toy poodle—only to discover that they’ve actually bought a beefed-up rat.

But is the “Mexican Pet” a hoax or an urban legend? The story has certainly cropped up over the years in various forms, including an appearance in a British newspaper as early as 1952. The urban legend of a rat or ferret masquerading as a cute dog is a common one, told from Egypt to the US. It can sometimes be explained as a manifestation of certain media outlets’ views on immigration—in the case of Western states like the US and Britain—or tourism, as is the case in Egypt. 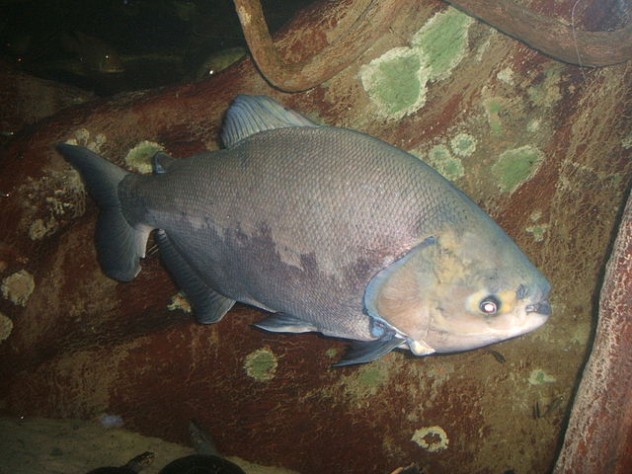 The headline says it all: “Testicle-Biting Fish May Be Invading Denmark.” In August 2013, the website LiveScience warned the people of Denmark that a cousin of the piranha was taking to the waters around the city. The red-bellied pacu was found by fisherman Einar Lindgreen and was believed to be an escapee from an aquarium. Although the article clearly states pacu eat fruits and nuts (no pun intended) it also claimed the fish has been nicknamed “the ball-cutter” after nipping the testicles off a few Papua New Guinea fisherman.

One British newspaper went a step further, quoting an expert at the National History Museum in Denmark saying that pacu eat testicles because they “sit nicely in their mouth,” before adding that some victims of pacu attacks have bled to death. Within days National Geographic told the real story. Yes, a species of fish more common to Papua New Guinea had been discovered in Danish waters, but no, they did not eat testicles. The professor at the museum, who apparently had an odd sense of humor, did not intend for his warnings to be taken seriously. Male readers, you may now relinquish your grip on your groin.

6The Invisible Fish Of South America 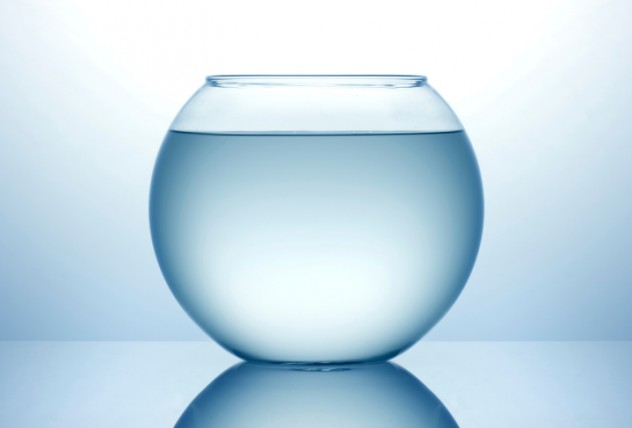 A struggling café owner in New York needed to get some customers into her establishment. So she developed a cheap and easy scheme which involved misleading punters in the hope of putting bums on seats. She bought a goldfish bowl, filled it with water, and stuck a sign on it saying “Invisible Fish from South America.” Soon enough, the café was filled with people trying to spot the fish. The police were even called to quell the crowds.

This was a common tale told in early 20th century America. But if the invisible fish weren’t real, the con most certainly was. Some attribute the stunt’s invention to famous publicist Harry Reichenbach (who claimed as much in his memoir), while others lay the prank at the feet of Broadway showman Florenz Ziegfeld Jr. The stunt was often ramped up by a concealed fan, which would blow ripples across the water, giving the illusion of a fin-flipping fish. 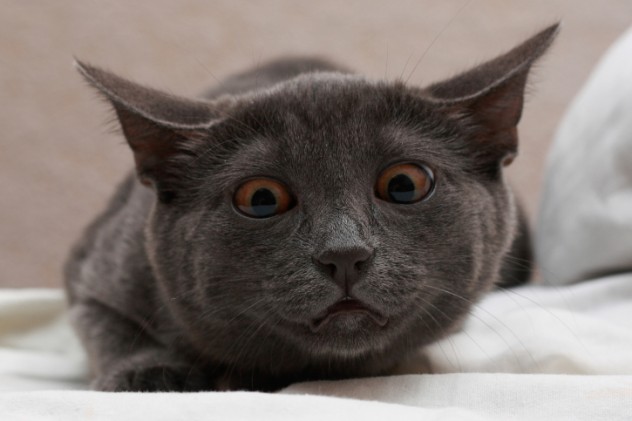 “Awww, look at the cute kitty. Look at his liddle, iddy-biddy face…squished against the glass inside that jam jar!” These are the words of a crazed lunatic, hell-bent on playing “can I fit a live kitten into a jam jar?” You’d have to see it to believe it, right? Right. In one of the most popular online hoaxes of recent times, some MIT students decided to set up a site called Bonsai Kitty, dedicated to “preserving the long lost art of body modification in house pets,” whereby the pet will supposedly grow into the shape of the jar in which it is lodged.

When the site first appeared in 2000, there was public outrage from animal rights groups such as the Humane Society of the United States of America. All the coverage led to an FBI investigation. That’s one of the world’s leading investigative crime units looking into claims kittens are being stuffed into jars and sold online. Didn’t they have any serial killers to catch? 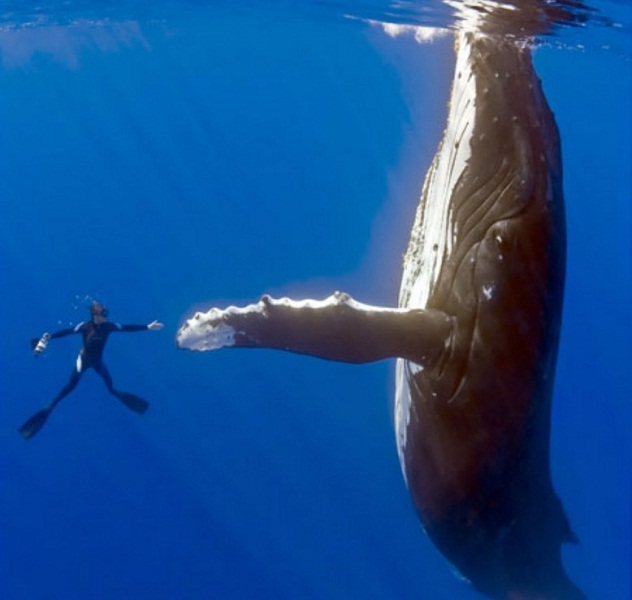 The world of inspirational email forwards isn’t exactly renowned for its rigorous commitment to accuracy. But in 2010, a truly amazing story and image began circulating that actually did seem to check out. The email referred to an article in the respected San Francisco Chronicle, telling the story of a female humpback whale who had become trapped in a web of crab-fishing lines. When a local environmental group successfully freed her, the whale swum around and nudged each diver individually, as if she was thanking them. What really set the story apart was the majestic picture that accompanied it, showing the whale extending a flipper as if to shake her savior’s hand.

Except it wasn’t real. Or rather, both the photo and the story were real—they just had absolutely nothing to do with each other. An environmental group had freed a trapped whale of the coast of San Francisco—the story was even more amazing than the email made it out to be, since it was the first time a humpback had been successfully freed on the West Coast—and the whale did swim around as if thanking each rescue worker individually. But the majestic picture was actually taken almost five years later in the South Pacific. Cameraman Marco Queral, who has been photographing whales for over 17 years, said that the amazing shot was ultimately all down to luck. Another picture that accompanied the email, showing a trapped whale struggling against a web of ropes, was also from a totally unrelated incident. 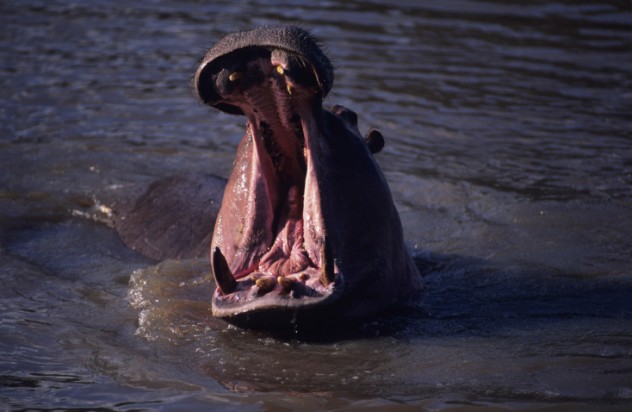 The story is simple. Od the circus dwarf was doing his trampoline display in front of a live audience when he miscued a backflip and landed in the mouth of a yawning hippo. The hippo, also part of the show, swallowed the dwarf whole. The audience applauded the trick—until they realized it wasn’t a trick at all.

The story is believed to have first appeared on Usenet in 1994. Since then, it’s been reported all over the world, from the Manchester Evening News in England to the Sydney Daily Telegraph in Australia to the Pattaya Mail in Thailand.

In 2007, the Guardian newspaper reported that conservationists were cock-a-hoop with the unlikeliest of celebrities—Paris Hilton. According to the Guardian, who took their information from the supposedly reliable Associated Press, Hilton had used her social status to “highlight the problem of binge-drinking elephants in north-eastern India”. We’re sorry? We thought they said “binge-drinking elephants.” Oh. They did.

The newspaper went on to explain that elephants in the north of India had been drinking homemade rice beer and subsequently going crazy and terrorizing the locals. Paris was quoted as saying: “The elephants get drunk all the time. It is becoming really dangerous. We need to stop making alcohol available to them.” But, shockingly, the quotes weren’t genuine. And nor was the apparent alcohol abuse of the big-eared ones. Nobody’s quite sure where this particular hoax started, but the Associated Press soon retracted the story, leaving a large portion of egg on the Guardian’s face. 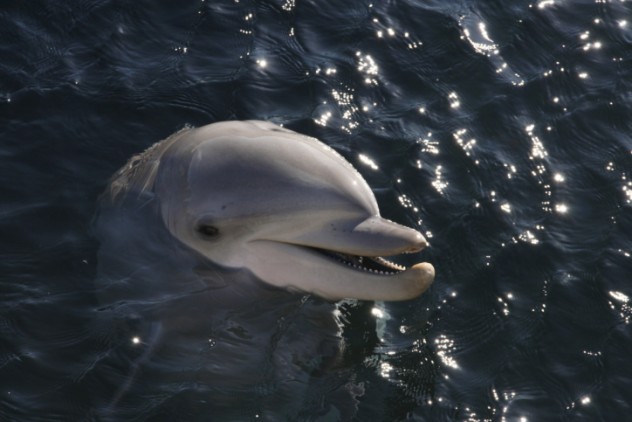 In March 2013, Business Insider and various other online news sites ran the story of three Ukrainian military attack dolphins that had fled routine military maneuvers and escaped into the Black Sea. And this wasn’t the first time. Soviet naval officer Yury Plyachenko revealed the dolphins had probably swum off to join their mates before returning to base, as they had apparently done in the past. Cut to three battle-worn dolphins lying in bed puffing on cigarettes hugging their lipstick-clad mates.

According to Business Insider, the dolphins were trained to “kill enemy divers with knives and pistols attached to their heads.” The story originated with the Russian International News Agency (RIA) but was soon debunked by Ukraine’s Defense Ministry, who pointed out they didn’t even have a military dolphin program—unlike Russia, who once did. According to The Atlantic, the hoax was set up by a shady Russian Museum director and “leaked” to the RIA. Check your sources kids.