It’s called the world’s oldest profession, and for good reason. Prostitution has been around since the beginning of recorded history and it’s had a lot of time to grow. A prostitute isn’t just a prostitute—there are a wide variety of different types of women throughout history who have served a varied role in civilization, from shunned outcast to pillars of society. 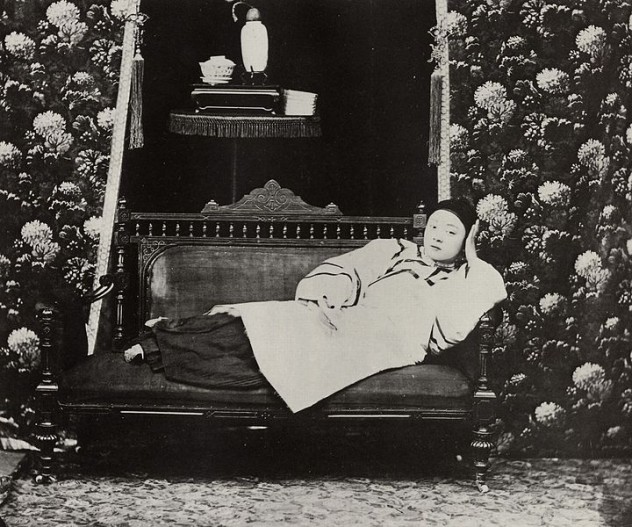 The ying-chi are arguably the first official, independent prostitutes in Chinese history. Their acknowledged existence is credited to Emperor Wu, who was said to recruit female camp followers for the sole purpose of escorting his armies and keeping them entertained on long marches. Ying-chi literally means “camp harlot,” a title that was no doubt a flattering one in 100 BC.

Some sources question these girls’ claim as the first Chinese prostitutes, though. It’s said that the King of Yue set up the first prostitution camps, made up of the widows of fallen soldiers. These women were quite different from the later, upstanding courtesans that were so popular, whose role was to give a man “friendship.” The ying-chi are also different from the women who worked in government-run brothels—these much older institutions date back to somewhere in the seventhth century BC. 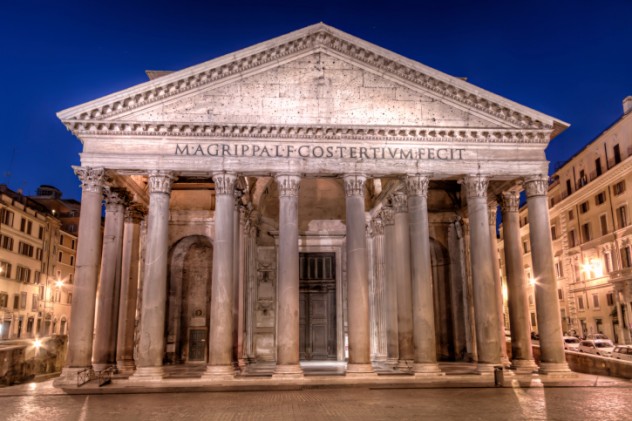 The role of the temple prostitute in ancient Greco-Roman society is one that’s been the subject of much debate. It’s not debated whether or not it was a popular practice—that much is sure—but the details of the practice are still up for interpretation. Temple prostitutes were those that plied their trade within the sanctity of the temples and with permission from temple priests—by extension, they were also working for their deity.

Just how much of a religious service these temple prostitutes were carrying out isn’t known. Some scholars argue that they were simply slaves whose services were sold as a way to earn money for the temple. Others believe that they had a much more respected role in the temple and in the worship of their deity, and believe that visiting a temple prostitute and hiring her (or his) services was a form of worship. This theory is especially popular in conjunction with fertility cults and goddesses like Aphrodite.

The idea of a temple prostitute is a general one and there are different tiers in the temple hierarchy. Many of all types were brought to the temple as virgins to dedicate their lives and their bodies to the worship of their god or goddess. Some sources suggest that it was only girls younger than 14 who served as temple prostitutes in ancient Greece. There’s a huge amount of contradicting evidence available as to what roles these figures served, but without a doubt they were an important part of temple life. 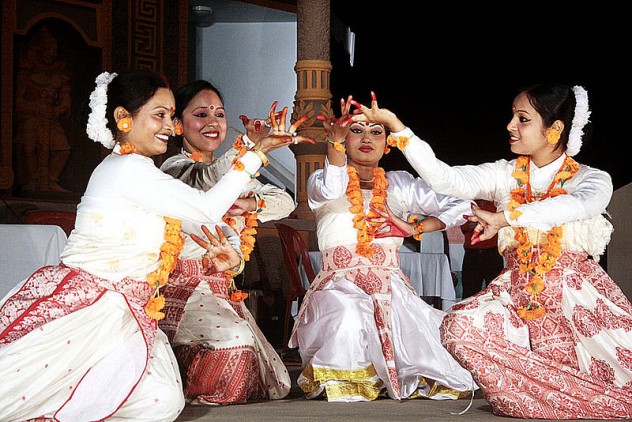 A devadasi is a woman who has been forced into a life of prostitution in the service of the Hindu goddess of fertility, Yellamma. When girls reach the age of puberty, their parents auction their virginity to the highest bidder. Once that is taken from them, they are dedicated to the goddess and spend the rest of their lives as prostitutes in the name of Yellamma. Every night, their lot is the same—sold to whoever pays the most. For parents, it’s not a bad deal. Not only do they not have to raise a dowry to give to someone to marry their daughters, but many keep the money that the girls earn.

The practice has been a regular part of Yellamma’s religion for centuries. Even though it was outlawed in India in 1988, the practice still continues today. The stigma attached to the devadasi is heavy—even if the women decide to give up the lifestyle, they will never be married. Once they’re dedicated to their goddess, there’s no turning back. Most devadasis are cast out of the temple in their mid-40s, when they are no longer considered young and attractive enough to bring honor to their goddess, and most turn to begging in order to support themselves for the remainder of their lives. 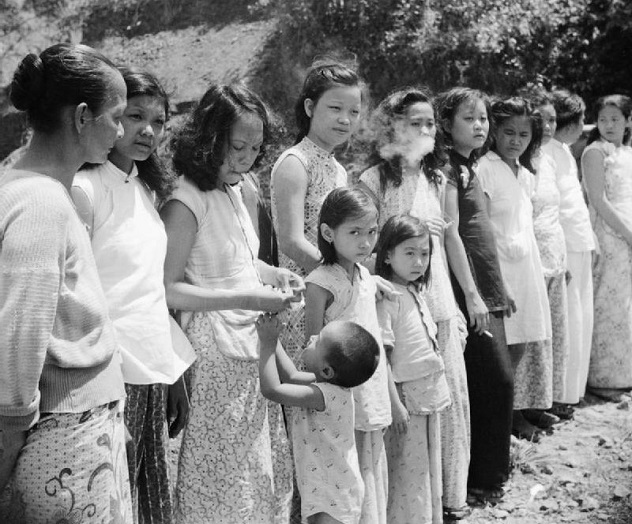 The so-called “comfort women” of World War II are a dark and often overlooked footnote in history. Beginning in 1932, the Japanese military began recruiting women—mostly Korean—for work in newly established “comfort stations”. The women were promised jobs, but what they weren’t told was that these stations were brothels for use by the men of the Japanese military.

In the end, somewhere around 200,000 women were shipped off to become comfort women, and it’s estimated that only between 25–30 percent of these women survived their ordeal. Girls as young as 11 were forced to service anywhere from 50–100 different men each day and were subjected to beatings if they refused. While the Japanese government has issued verbal apologies, they have largely refused monetary compensation to the surviving comfort women and their families. As of 2014, there are only 55 known surviving comfort women. 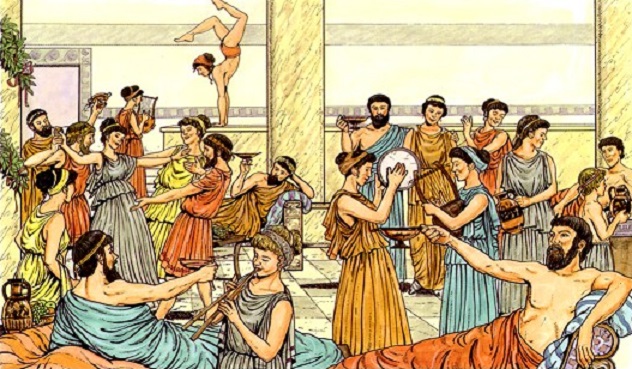 The auletrides were a class of Greek prostitute that enjoyed a unique position in society. Far from shunned, these women were skilled in more than just sexual encounters. They were flute players and trained dancers. Some of them had other talents that made them entrancing public performers, such as juggling, fencing, and acrobatics. Many took to the streets in public performances that were included in religious ceremonies and festivals, and some sources say that they were also popular entertainment for children.

The auletrides could be reserved for private parties as well, when the more sexual of their talents were utilized. Other, similar types of entertainers were the psaltriai, or harp players, and the kitharistriai, or lyre players. These girls—and occasionally boys—often reported to a poroboskos, who essentially acted as a madam to hire them out for private parties. 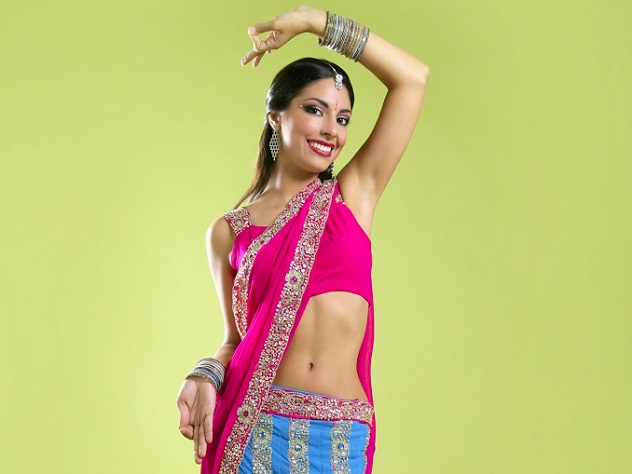 The Ganika was the Indian version of Japan’s geisha. These women enjoyed high standing in society and having one around meant that good luck and prosperity were to follow. As a Ganika would never marry and never be widowed, they escaped the social stigma of widowhood. Widows were considered to be extremely bad omens and were, at one point, forbidden to appear in public.

Indian society recognizes nine types of prostitutes and the Ganika was the elite tier in this hierarchy. In addition to sexual talents, these Indian prostitutes were expected to learn a variety of other skills in the field of the performing arts. Once all 64 were mastered, the woman was raised to the position of Ganika.

While other types of prostitutes were typically housewives making extra money for the husbands that controlled them or servants that were expected to provide their masters with sexual as well as domestic services, the Ganika would be given a place of honor in royal courts and have songs and poems written about her beauty and skills. As they typically served the nobility, they were protected by state laws. They were also subject to them, too, and could be beaten or fined for refusing a noble customer. 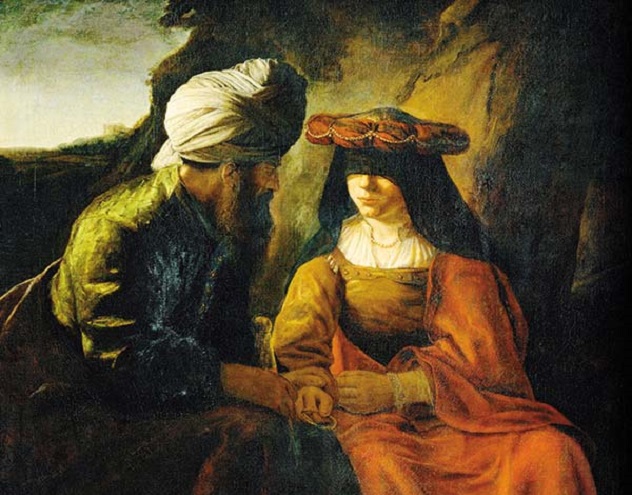 The zonah is the female prostitute of the Hebrew Bible. Unlike other women, she was not owned by a man and was not responsible for producing children to carry on a family line. The zonah existed outside the laws of the Bible, with only a small number of rules included in the book for dictating behavior of and towards these women.

One very specific rule is that a father is forbidden from selling his daughter into prostitution, and if the daughter of a priest becomes a zonah, then she is condemned to be burned to death. Priests were forbidden to marry a zonah, but other men were equally able to marry and to enjoy them. Other types of prostitutes were attached to the temples of pagan deities—it was said to be forbidden for an Israelite woman to become a qedeshab, sometimes interpreted as a temple prostitute. 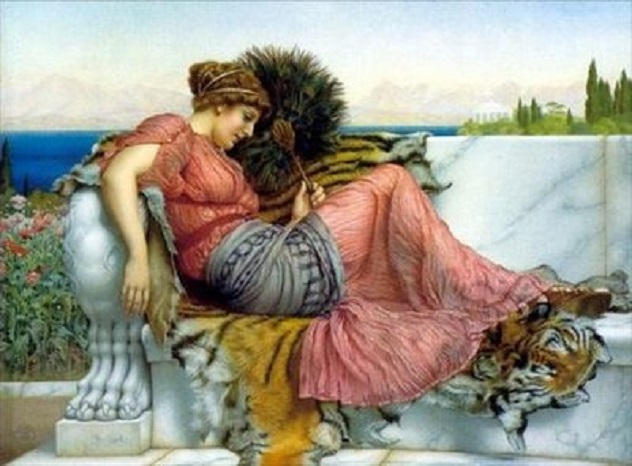 A hetaira was a high-class courtesan in Athens. Because prostitution was legal in the city, and also because those prostitutes couldn’t be Athenian citizens, a hetaira was often a slave. Less often, she was someone living in the city who was born of non-Athenian parents.

Unlike porne,women that practiced their profession behind closed doors, the hetaira were often seen working the crowds at symposiums. They were forbidden to marry a citizen, but could be bought and freed by one, although the practice was frowned upon. Their status as a hetaira would never be erased, and if they were caught pretending to be a full citizen, they could be taken to court. Those found guilty could be returned to a life of slavery. Hetaira were frequently made the mistresses of the most powerful of people and have been known to sit as models for statues of Aphrodite, so great was their elegance and beauty. 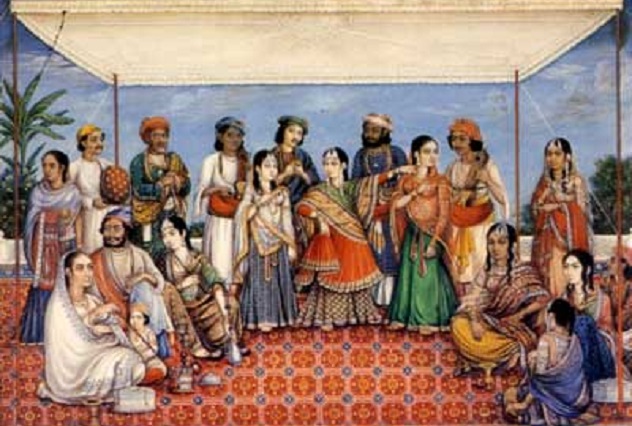 The tawaifs were known as performing artists in North India during the 18th to early 20th centuries. Much like the geisha, they were dancers and musicians, thought of not as prostitutes in the usual sense but as performers with a circle of patrons rather than clients. Many were wealthy, especially those that chose their patrons wisely.

Those that had daughters could pass their wealth—and often their profession—on to them. In fact, coming from a long line of tawaifs increased social standing. They were forbidden from marrying, but could enter into a different sort of formal relationship with their patrons that made them wives in everything but name. Interestingly, they were seen as existing alongside traditional wives as two sides to the same coin. Where the wife was the respectable way to continue a family line, the tawaif was the beautiful, sensual creature that only a powerful man could attract. 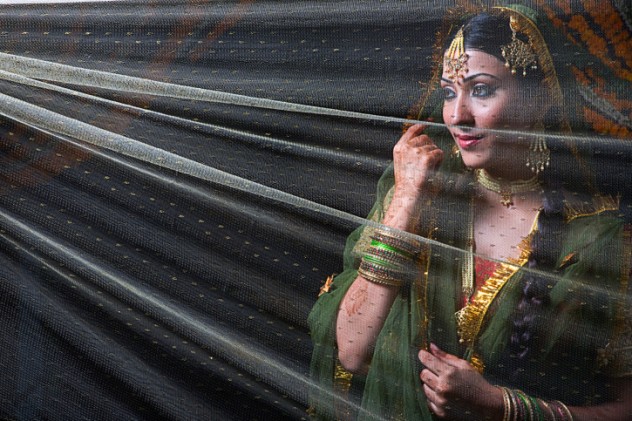 The subject of mut’ah (or mut’a) is a tricky one. It’s an Islamic temporary marriage, in which two parties enter into an agreement to be married for a set amount of time. The contract can be written or verbal, and all parts of the marriage are agreed upon beforehand, including how much of a “dowry” the woman will receive, what kind of physical contact will be involved, and how long the marriage is going to last.

On one hand, proponents say that it’s a way for two people to live together before getting a full marriage to see if they’re right for each other without breaking any Islamic laws. Some contracts can stipulate that there will be no physical contact, and some are done under the watchful eyes of the parties’ parents. Other contracts can stipulate that the marriage is only going to last a few hours and that the woman is going to get paid for it.

So clear-cut is the fact that it can be used as a way around the taboo of prostitution that some Muslims, such as the Sunni, staunchly oppose it. Because of the time restraint and payment options, they say it’s a loophole for young men and women to have an infinite amount of partners without any religious guilt.