When we think of a tourist, we generally envision people wearing large hats and moving around in open-top buses with cameras hanging off their necks. Or they could just be sunbathing on the beaches in their bikinis and shorts. But there’s more to travel than just that.

As we are about to find out, there are a bunch of different types of tourism, many of which do not conform to the basic stereotype of a tourist. These forms of tourism can be controversial and even dangerous. And even if they’re not likely to cause uproar or get someone killed, there are some bona fide weird ways to travel out there. 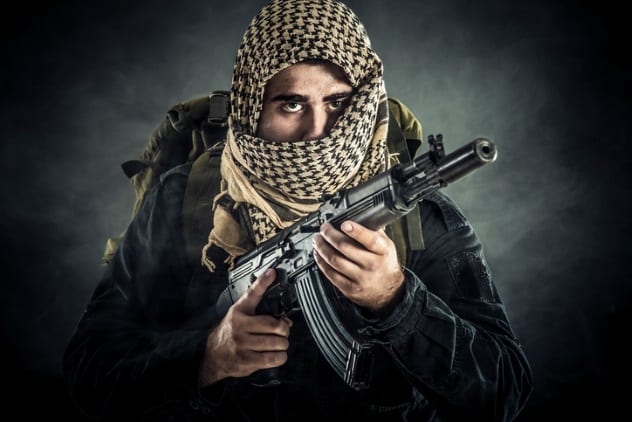 When the Syrian war was in full gear and the Islamic State (aka ISIS) controlled considerable chunks of Iraq and Syria, several Western nations faced a surge in citizens leaving to fight for Islamist groups like ISIS. These people are called jihad tourists: Muslim citizens who leave their nation to get involved in a war that is none of their business.

Most countries remain skeptical of the long-term consequences of having their citizens travel to other countries for jihad. There is the fear that some of these terrorist-tourists will return home when the war is over or when they can no longer cope with its rigors, only to carry out domestic terrorist attacks.[1] 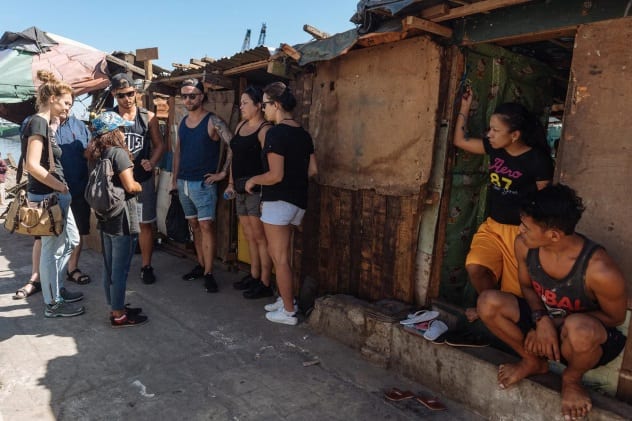 Slum, adventure, reality, or poverty tourism refers to a form of tourism by people who only want to satisfy their curiosity. Slum tourists will visit the congested, poverty-ridden slums of a country just to see what they look like. Popular destinations include Manila in the Philippines, Rio de Janerio in Brazil, and Mumbai in India.

Tour operators in the affected countries have noticed an upsurge in slum tourists and have created special tour packages to cater to these people. Nevertheless, slum tourism remains controversial. While supporters say it is a way to raise awareness of poverty, the people on the other side insist it is only an excuse to stare at the poor.

Interestingly, slum tourism used to be popular in the US. During the 19th century, rich and curious Londoners would travel to see the prostitution- and drug-ridden slums of New York and San Francisco. An entire industry sprang up around slum tourism at the time, with tour operators hiring actors to pose as drug users and gang members. Some actors took their act further by engaging in staged shoot-outs right on the streets, just to satisfy the ignorant tourists.[2] 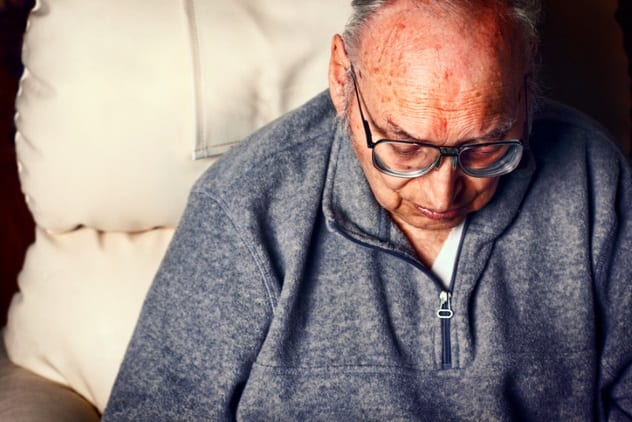 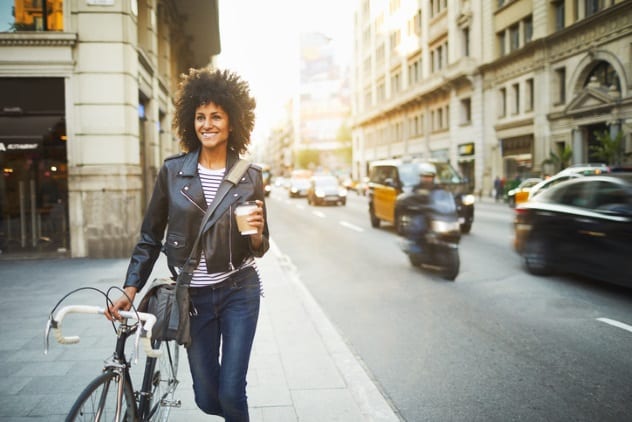 If you do decide to leave your city, a trip to the government offices in the nearby city qualifies as experimental tourism. If you want something more unconventional, you could just get a map of a city, draw a line through its streets, and follow that line in the real world. Or you could visit a new city blindfolded and be guided throughout your trip by your friend. You leave blindfolded, too, so you do not get to see the city at all.[4] 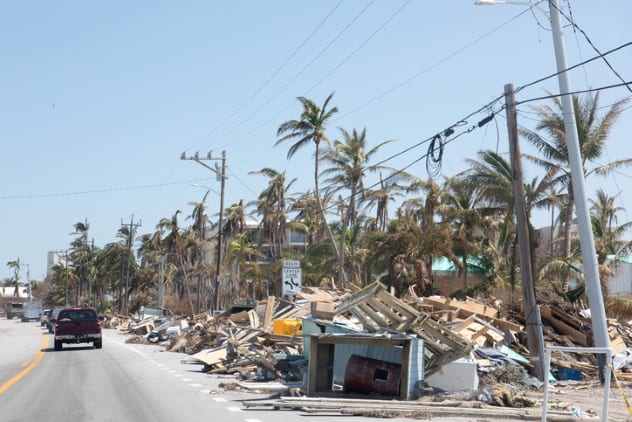 Disaster tourists are people who travel to areas that have been destroyed by natural or man-made disasters. This form of tourism is alternatively called dark tourism. The tourists are only interested in satisfying their curiosity and seeing firsthand the effects of the disaster.

Popular disaster tourist attractions in the US include Pearl Harbor, which was bombed by the Japanese during World War II, and Gettysburg, Pennsylvania. Gettysburg was the deadliest battlefield of the US Civil War, amounting to over 50,000 casualties in just three days. Other disaster tourist attractions include the places where Abraham Lincoln and Martin Luther King were assassinated.

Outside the US, there are Hiroshima, Pompeii, and concentration camps operated by the Nazis. Disaster tourists are not all about history and will readily flock to areas recently affected by disasters like hurricanes, tornadoes, and, maybe, wars. Lots of people visited New Orleans to see the aftereffects of the devastating Hurricane Katrina.[5]

In 2015, a tour agency in Russia offered to take disaster tourists to Syria so that they could see the ongoing war firsthand. While most of the tour was to be focused on the rear, the agency said it planned to take people to the front lines if it got the chance. The Syrian government itself wants tourists to come into the country despite the war and continues promoting the nation as a tourist attraction. 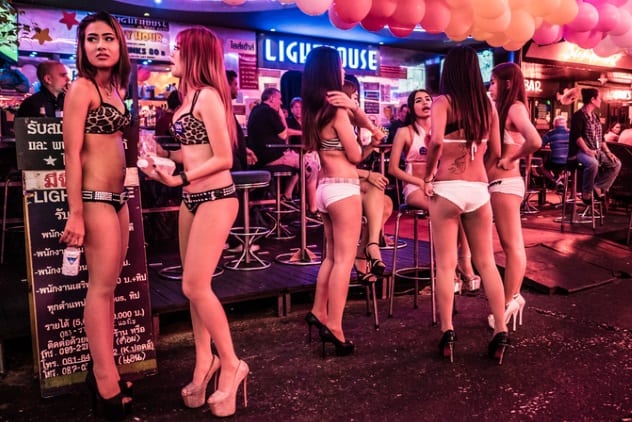 As should already be obvious from its name, sex tourists are those who travel to another country for sex. Most of the time, the tourist will be traveling from a developed nation to a less developed one. It used to be the exclusive province of Western tourists, but more sex tourists are now coming from China, Japan, Korea, and Taiwan.

Popular sex destinations include Cambodia, Thailand, the Philippines, Bangladesh, Jamaica, and the Dominican Republic. Sex tourism is so important to the economy of countries like Thailand that it already contributes around 12 percent of its gross domestic product. The tourists themselves want to explore sex in total freedom without having to worry about what would have happened if they were in their home country.

Sex tourism is not without controversies. It is basically prostitution, which is the leading cause of human trafficking. Prostitution and sex trafficking rings are often run by criminals. The prostitutes themselves are generally unable to speak out, since prostitution is usually still technically illegal in the destination countries.[6] 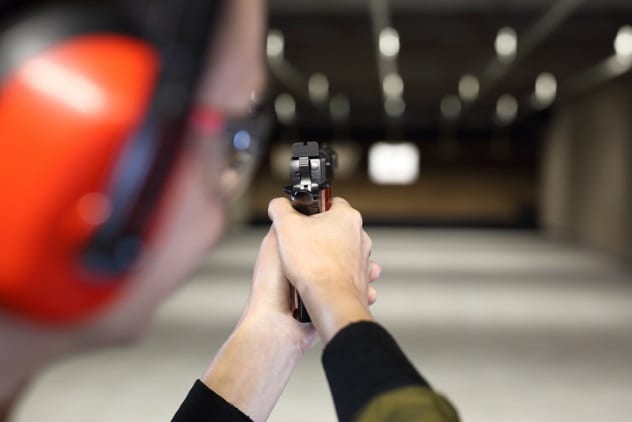 Unlike the United States, not every country allows its citizens own assault and sniper rifles. In some nations, getting a pistol is almost impossible. Some citizens of Australia and countries in Asia and Europe who wish to lay their itchy fingers on firearms will travel to the US to scratch their itch.

Not every gun tourist comes to the US as a gun tourist. Some are regular travelers who become gun tourists the moment they decide to satisfy their curiosity at shooting ranges. Others are Americans who cannot afford to buy guns or are curious about shooting a particular type of gun. Hawaii and Las Vegas are popular gun tourist destinations.[7]Hawaii is the more popular destination. Shooting ranges will hire boys to stand by the roadside and share fliers with tourists advertising their services. Interested tourists, many of whom have never fired a gun before, are taken to the indoor shooting ranges, where they can fire up to four different weapons, depending on the package they select. 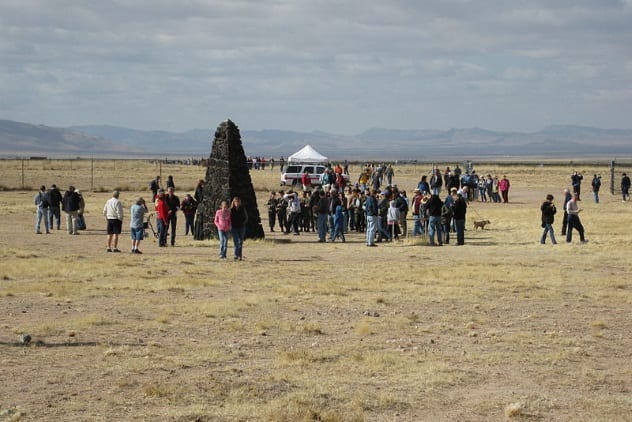 Popular destinations in the US include the Titan Missile Museum in Tucson, Arizona, where nuclear missiles used to be stored. Here, curious tourists can even enter a missile silo. There is also the Trinity test site in New Mexico, where the first atomic bomb was detonated on July 16, 1945. Tourists are only allowed in on selected dates twice a year and can even visit the exact spot where the bomb was detonated.

There are also the Hanford Nuclear Reservation, where the first nuclear reactor was built and plutonium was produced for the first atomic bomb, and the American Museum of Science and Energy in Oak Ridge, Tennessee, where it was enriched. Another is the National Museum of Nuclear Science & History in Albuquerque, New Mexico, where curious tourists can learn about nuclear reactors.

Outside the US, there are the Nagasaki Atomic Bomb Museum and the Hiroshima Peace Site, where tourists can learn about the bombs dropped by the US during World War II. In Ukraine, tourists can visit the areas around Chernobyl, which suffered a nuclear meltdown in 1986. The tour includes a visit to the deserted town of Pripyat, which was abandoned after the meltdown.[8] 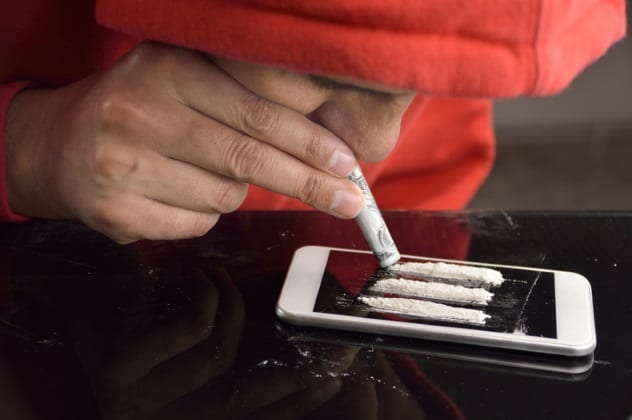 Drug tourism, the act of leaving your country for another with the sole intention of doing drugs, is increasingly becoming a niche industry in drug-producing nations like Colombia. Western and Australian tourists will often travel to Colombia just to buy and use cocaine.

The niche is growing because cocaine is dirt cheap in Colombia, at least by Western standards. In Australia, a gram of cocaine is sold for $300. In Colombia, it goes for between $7 and $15. It is also easy to buy cocaine in Colombia, where it is sold on the streets.

Sellers will often hang around the areas foreigners visit. Or they could just stand by the roadside hawking sweets and chewing gum but with their hidden stash of cocaine ready for buyers who know what’s up. Police rarely disturb drug sellers, provided they are bribed. Sometimes, the police set foreign tourists up with drugs just to receive bribes as low as $1.[9] 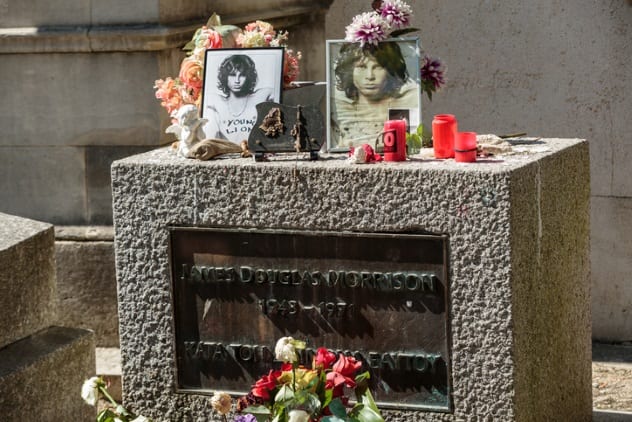 Tombstone tourists are travelers who love visiting cemeteries. While this usually involves cemeteries containing the remains of famous people or national heroes, absolutely any cemetery with an interesting history can be a destination. Popular cemeteries visited by tombstone tourists include Arlington National Cemetery in Washington, DC, and Pere Lachaise Cemetery in Paris.[10]

Pere Lachaise Cemetery is the resting place of singer Jim Morrison. Tourists will often leave half-smoked cigarettes on his grave. Another famous resident of Pere Lachaise is writer Oscar Wilde. He obviously has a lot of female fans because they will always leave him notes and napkins stained with lipstick.

Tombstone tourism is not a new thing. It has been around since Victorian England. The Victorian Brits had a thing for cemeteries and built a good chunk of Britain’s cemeteries. However, people started staying away from cemeteries after the calamities of the World Wars I and II.