Jihad is associated with Islamist terrorist groups killing innocent people and blowing things up until everyone in a nation or region converts to Islam and accepts sharia law. As we are about to find out, this is just an abused and unacceptable interpretation of jihad, and there have been some other odd uses of the concept, as well.

Jihad itself actually means struggling or striving and not necessarily a holy war, as many terrorist groups make it seem. Jihad primarily refers to the internal battle of a Muslim striving to be a better Muslim. It does not entail Muslims waging wars against other religions.[1] 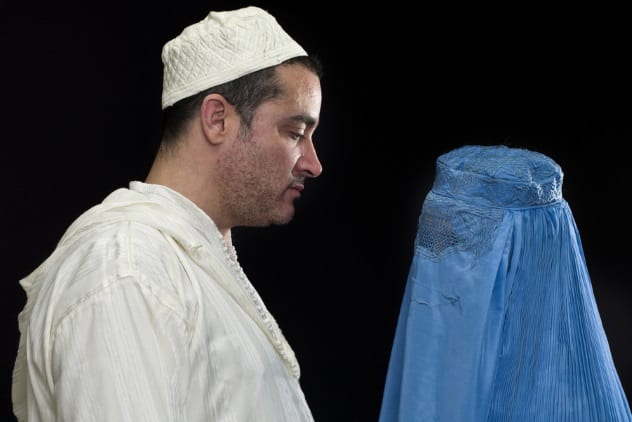 Sexual jihad (jihad al-nikah) refers to the temporary marriage between men engaged in fighting jihad and random women. This sort of jihad is fairly new and controversial.

Sexual jihad was first mentioned in March 2013, when Mohamad al-Arefe, an imam at the mosque of the Saudi naval academy, tweeted that single, divorced, and widowed women over the age of 14 could marry fighters engaged in the Syrian war in temporary marriages that only lasted for hours. Al-Arefe later denied sending the tweet, claiming his account was hacked.

However, it was too late, as other radical Islamist scholars issued fatwas supporting it. One even mentioned that married women could secretly leave their husbands to engage in sexual jihad. Other scholars denounced sexual jihad and equated it to adultery. One claimed sexual jihad was an invention of Jews, Americans, and Arabians.

Nevertheless, several groups sprang up on Twitter and offered women the opportunity to become sexual jihadists. Most of the women who signed up ended up with fighters in the Islamic State, Free Syrian Army, and other belligerents involved in the war.

The women did not spend all their time in between the sheets. They were trained in weapon use and allowed to join noncombat units. They also cooked, cared for wounded fighters, and engaged in social media propaganda.[2] 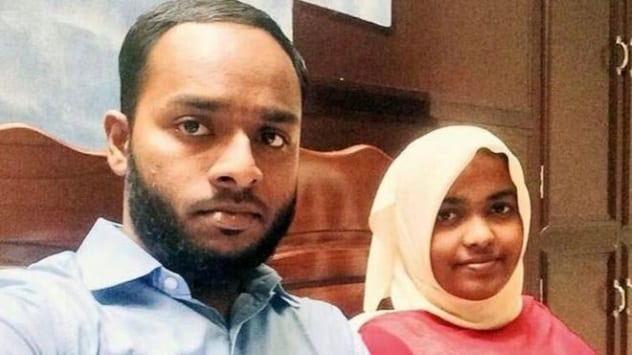 Religion is a hot topic in India, where Muslims and Hindus do not always get along. Interreligious marriage is often controversial. One Hindu-Muslim marriage even led to a Supreme Court case.

A few years ago, a Hindu woman named Akhila Asokan converted to Islam, changed her name to Hadiya Jahan, and married a Muslim man. Her family claimed she was a brainwashed victim of love jihad and requested that the courts declare the marriage illegal.

In India, “love jihad” is a phrase promoted by radical Hindus who frequently accuse Muslim men of seducing Hindu women and coercing them to convert to Islam with the offer of marriage. Muslims claim the radicals are just being paranoid and that there is no such thing as love jihad.

In 2018, the case reached the Supreme Court of India, where the marriage was declared legal after Hadiya testified that she was not forced to convert to Islam. Hadiya added that her parents had kept her in “unlawful custody” and insisted that she wanted to be with her husband.[3] 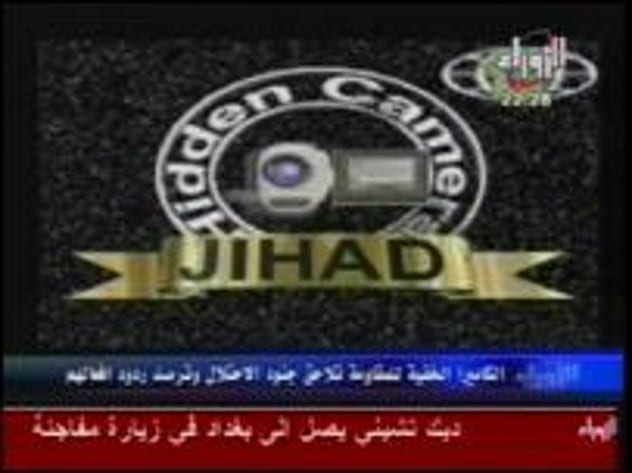 Hidden Camera Jihad was a video aired by Al-Zawraa TV in Iraq. The television station sprang up after the fall of Saddam’s government, starting off as an entertainment channel before it delved into mocking US forces in Iraq. Hidden Camera Jihad showed real-life footage of insurgent attacks on US forces, complete with laugh tracks, sound effects, and insulting captions to make it seem like a comedy.

Al-Zawraa TV also aired pro-insurgent songs and videos, urging attacks against US forces. Its controversial nature led to its ban in November 2006. However, its owners only moved shop to a new location outside Iraq, from which they continued to broadcast to Iraqi, Middle Eastern, North African, and European viewers via satellite.[4] 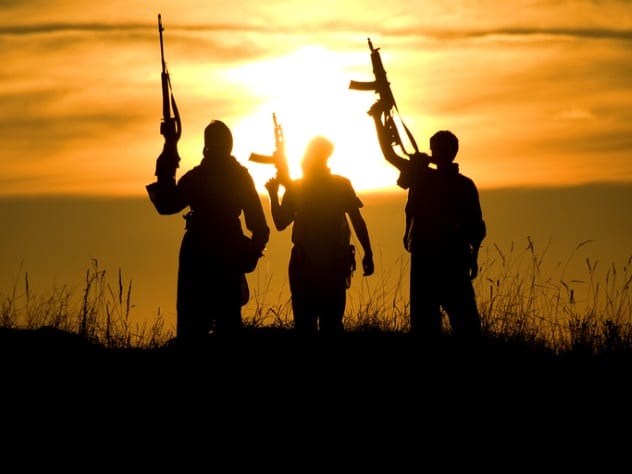 However, the concept of offensive jihad is controversial in Islam, where it has been exploited by terrorist organizations hiding under the guise of religion to start wars and justify acts of terrorism. Many Islamic teachers have condemned it for this reason.

Islamic teachers say offensive jihad is only permitted when Muslims believe they are about to be attacked, making it a sort of preemptive strike. Muslims are not permitted to be the aggressors. The Quran itself condemns Muslims launching attacks against non-Muslims.[5] 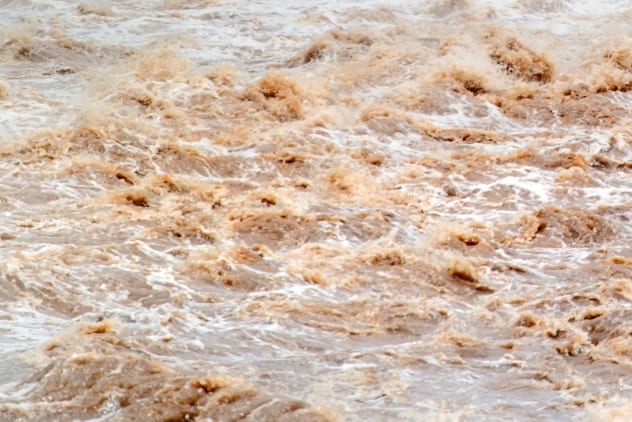 Water jihad is unique to India and Pakistan. The two countries have difficulty coming to agreement over issues of common interest, such as water supplies. Both countries experience massive floods that sometimes leave thousands dead and tens of thousands homeless.

Each country has blamed the other for the deaths caused by such floods. Pakistan has often accused India of mismanaging its dams to deliberately cause flooding in Pakistan. Some in Pakistan have even referred to this supposed mismanagement as “water jihad” waged against it by India.[6]

In 2010, the founder of Lashkar-e-Taiba, a terrorist group infamous for the deadly November 2008 terrorist attacks that killed around 170 people in Mumbai, threatened to wage water jihad against India. Hafiz Saeed issued the threat on television, promising to attack India over claims that the country had built dams to stop water from reaching Pakistan. 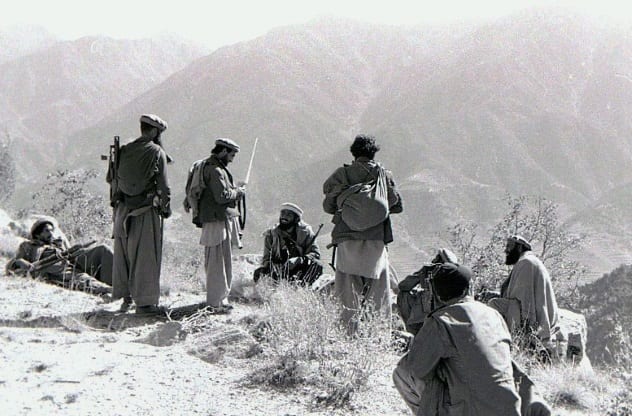 On December 24, 1979, 30,000 troops from the Soviet Union invaded Afghanistan in an effort to keep the communist government of the country in power. This would mark the beginning of the Soviet-Afghan War. The war would drag on until the Soviet Union pulled out in February 1989.

Their enemies were the US-backed anti-communist militias referred to as mujahideen, a term for someone engaging in jihad. The mujahideen claimed they were engaged in anti-Soviet jihad, which was considered a form of defensive jihad.

Interestingly, the communist government of Afghanistan president Mohammed Najibullah remained in power until 1992, after the collapse of the Soviet Union had left him without money and weapons. After his government collapsed as well, Afghanistan fell into civil war after the mujahideen could not agree on a new leader with the remnants of Najibullah’s government.

Mujahideen groups like the Taliban took over the capital, while more radical groups would later become the bedrock of terrorist organizations like Al-Qaeda and the Islamic State.

Abdullah Anas, who actively fought in the anti-Soviet jihad, claimed Afghanistan fell into civil war after the fall of the communist government because the mujahideen failed to realize that they were part of a larger political conflict—the Cold War. The Soviet Union backed the Afghanistan communist government, while Pakistan, Saudi Arabia, and the United States backed the mujahideen.[7] 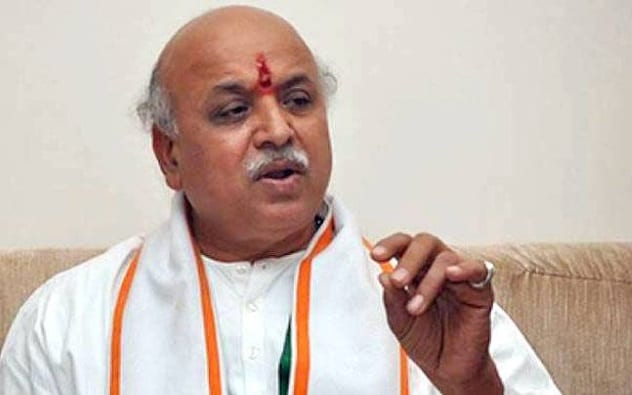 Population jihad is another controversy from India. As mentioned earlier, Hindus and Muslims in India do not always get along. In 2015, Hindu nationalists Pravin Togadia (pictured above) and Sakshi Maharaj accused Indian Muslims of engaging in population jihad.

The duo made the accusations after census data showed that India’s Muslim population was increasing, while its Hindu population was falling. The men claimed that Muslims were deliberately having many children in an attempt to surpass the population of Hindus in India. 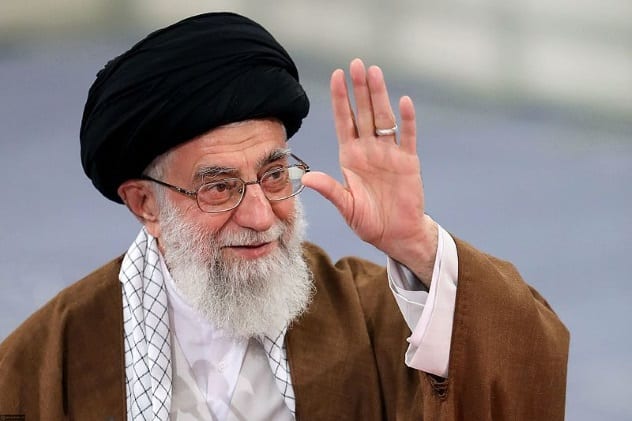 Economic jihad is Iran’s method of escaping the series of international sanctions imposed on it since 2006. Economic jihad is promoted by Iran’s supreme leader, Ali Khamenei, who even declared the year 2011 “the year of economic jihad.”

As part of this economic jihad, Khamanei suggested that the Iranian government only sell its oil to selected customers, improve its exports of gas and other oil products, exploit different channels to export its oil, allow the private sector participate in the sales of its oil, and consider bartering its oil for other goods it needed. 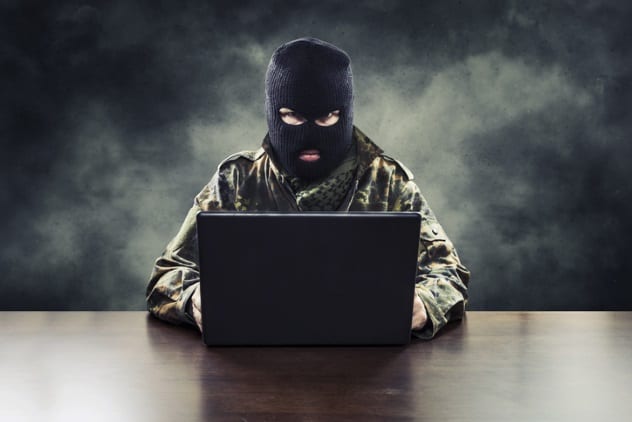 Media jihad was a form of jihad promoted by the Islamic State in its heyday. The group called on Muslims around the world to begin online campaigns to support its cause and demoralize the enemy. It also encouraged Muslims to republish works made by the Islamic State media team and distribute them to the public.

Media jihad was first mentioned in an article in the Islamic State’s Youth of the Caliphate magazine. The magazine often praised fighters and encouraged more attacks against their enemies. One article was titled “Media Jihad,” in which editors called on Muslims to buy phones and laptops to spread terrorist propaganda on the Internet and social media.[10] 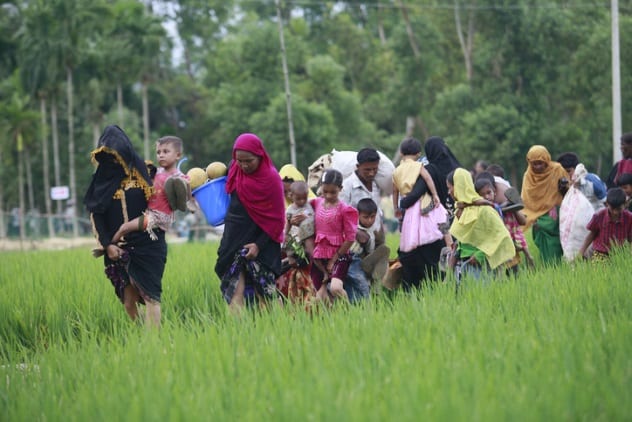 Terrorists claiming to be jihadists often engage in a radical form of offensive jihad. However, these terrorists sometimes dump their guns to offer humanitarian services to Muslims in need. They call this humanitarian jihad. This sort of jihad is controversial since it could be a cover for other intentions.

An instance of humanitarian jihad occurred after a devastating earthquake killed tens of thousands of people in Kashmir in 2005. A local terrorist group fighting for the transfer of the India-controlled Jammu and Kashmir to Pakistan dropped its weapons to offer humanitarian services to people affected by the earthquake. Fighters from the group distributed food and water, unearthed people buried under the rubble, buried the dead, and even set up a hospital.

Another case of humanitarian jihad sprang up during the ethnic cleansing of the Muslim Rohingya by the Myanmar government. This time, it was from Front Pembela Islam (“Islamic Defenders Front”), a controversial group that could be a terrorist organization or a religious police group, depending on who you ask.

Front Pembela Islam offered humanitarian jihad services to Royingya Muslims. However, it also called for 1,200 “mujahidin volunteers” from its home nation of Indonesia and, for unclear reasons, requested that they have some “martial ability” and be ready to die for Rakhine state.[11]

Read more facts and wild claims about Islam on 10 Reasons We Shouldn’t Fear Islam and 10 Conspiracy Theories About Famous People Converting To Islam.