People have always exchanged stories of our reign on earth coming to an abrupt—and perhaps well-deserved—end. The relatively recent end-of-the-world scenarios of Y2K and the Mayan calendar predictions sent many into a panic, but predicting the end of days isn’t a new thing. Doomsday prophets have been predicting an end to mankind almost as long as it’s been around. 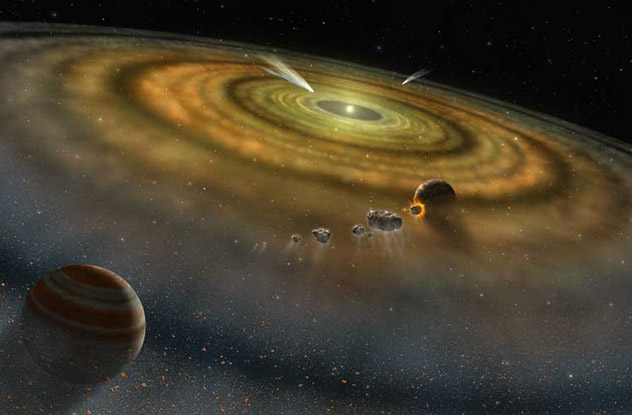 Astronomical phenomena have long clued people into possible earthly events. In 1524, all five known planets were going to enter a tight formation during the end of February and the beginning of March. Astrology was still all the rage, and the conjunction sparked predictions of the apocalypse from China to England.

In China, astrological omens seemed to be a warning, and by heeding the warning, people could avert tragedy. At this time in China, a 14-year-old emperor sat on the throne, the Mongols had just swept across the country and were still pillaging frontier villages, and earthquakes ravaged the land with a surprising frequency. Reports of the planetary alignment came with a bizarrely positive spin, foretelling dynastic glory and an age of scholars and sages. The world as they knew it might be ending, but it would be better after all was done.

In the west, many scholars predicted the birth of a new prophet, and many spoke of “epoch-making events.” These included he ruin of the Catholic Church, the fall of royal houses, and even the coming of an apocalyptic flood. Authors distributed pamphlets by the hundred, illustrating them with woodcuts so even illiterates would understand them. 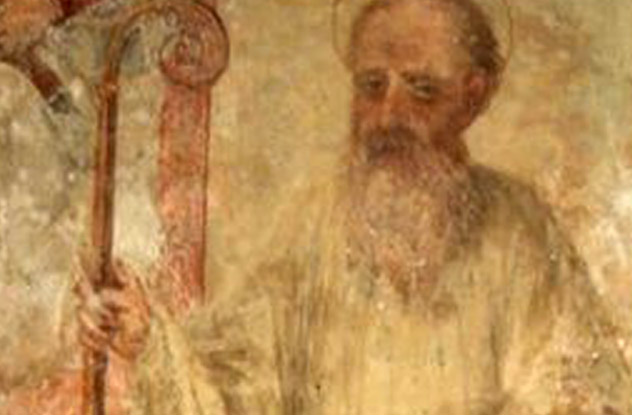 Joachim of Fiore was born into the court of the Norman kings of Sicily at around 1135. On an Easter morning, on a pilgrimage to the Holy Land, he underwent a spiritual conversion, claiming to receive a vision that gave him unprecedented understanding of the Book of Revelation.

A period of turmoil would follow, and then the church would be reborn anew. Events like Saladin’s conquest of Jerusalem foreshadowed the upcoming conflict, according to Joachim. 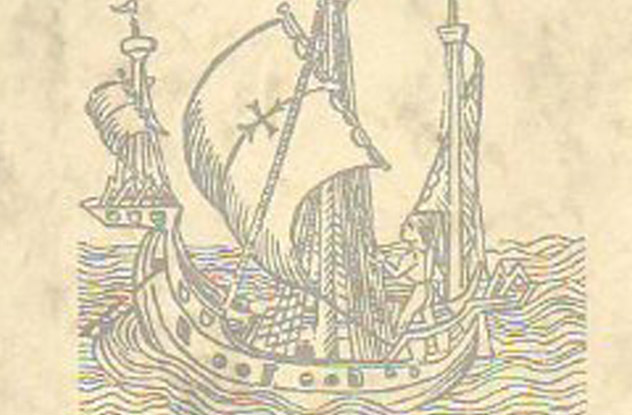 When Christopher Columbus wasn’t exploring, he spent his time championing Christian ideals. Near the end of his life, he returned to Spain’s Ferdinand and Isabella and tried to secure funding for one last, epic voyage—a voyage to Jerusalem to retake the Holy Land. To back up his claim, he produced a Book of Prophecies, containing texts and verses that said liberating the Holy Land would spark the apocalypse and return the messiah to Earth.

One of these prophecies said the world’s last emperor, a Spanish ruler, would secure the release of the Holy Land. He actually attributed this to the Joachim of Fiore, but it more likely came from a different, later, more obscure 14th century prophet. Turkish blockades kept invaders from the west from reaching the Holy Land. But Columbus planned (in vain) to use Ferdinand and Isabella’s funding along with his own treasures to sail around the world to get to Jerusalem through the Indies.

7 Michael Servetus And The Demon Popes 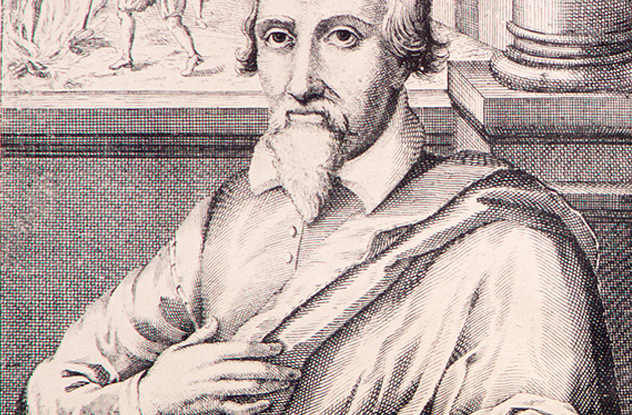 The Spanish theologian Michael Servetus became the personal confessor of Charles V in 1530, but he became disillusioned with the riches and wealth of the church. Many of his writings were deemed too questionable and too Protestant, but it was the Christianismi Restitutio (“The Restoration of Christianity”), published in 1553, that got him the attention of church authorities.

In the work, Servetus wrote that humans touched by grace can overcome sin, ascending as divine beings. He described the devil as being a part of God—the devil had created the papacy and the upper echelons of the church in order to prevent Christ from returning. All popes had been and were under the control of Satan, and, by extension, so was the church. He took on baptism, too, drawing parallels between contemporary practices and ancient infant sacrifice. Those who baptize their babies actually gave them to the devil. He predicted that the Archangel Michael would return to Earth to end this madness (along with the world) in 1585.

Only three copies of the Christianismi Restitutio have been found. All others were destroyed. Servetus was executed the year that he published the work. 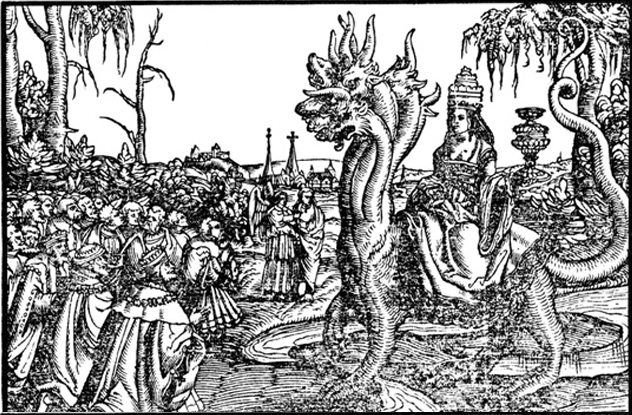 Martin Luther is best known for heading up the Protestant Reformation, but he had other messages as well. Initially, his platform criticized indulgences, through which the Church forgave sins in exchange for money. He said they existed because the devil had invaded the church. When Luther began printing copies of a Bible, he translated it into a tongue everyone could read, and he illustrated it, showing the Pope as the Antichrist. Even those that couldn’t read saw pictures of the seven-headed beast and the whore of Babylon wearing a papal crown.

Luther felt the end of days was nigh, and deciphering the Book of Revelation’s symbolism would reveal how it would occur. Jews became the enemy, and the Pope was clearly the Antichrist, trying to undermine good workings of the church from inside. 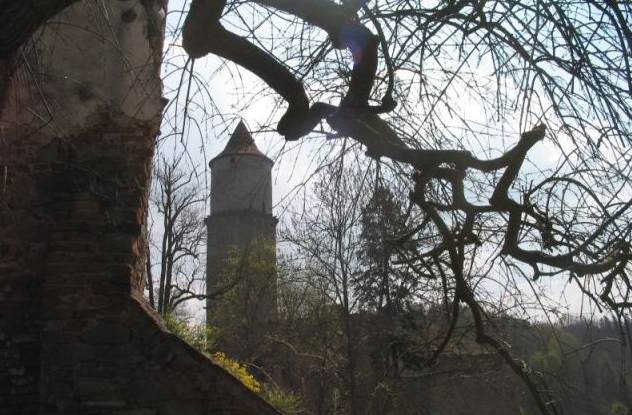 The Taborites were a group of militant revolutionaries that thought they could speed up the Second Coming by ridding the world of sin. In 1415, leader Jan Hus of Prague agreed to attend the Council of Constance, as long as he was assured safe conduct. The council had been formed to hear oppositional views on the Catholic Church, and Hus’s oppositional views were some of the strongest available. But once he arrived at Constance, Germany, he was seized and burned at the stake as a heretic.

Hus’s followers, the Taborites, took this opportunity to declare the new pope the Antichrist, and preach that the end of the world was on its way. They massacred countless groups of those they deemed heretics—those loyal to Rome and to the established Church. They armed peasants, and they took on the armies of the church.

It didn’t work out well for them in the end, although they did prove to be a thorn in the church’s side for some time. In 1421, 75 of them were burned at the stake as heretics. Small, independent groups were slowly exterminated over the next few decades. Still active in 1497, they scouted areas as far as Greece and Egypt, looking for more “pure” brothers-in-arms. The order was finally put to rest in 1510, with one final execution, that of the martyr Andreas Paliwka. 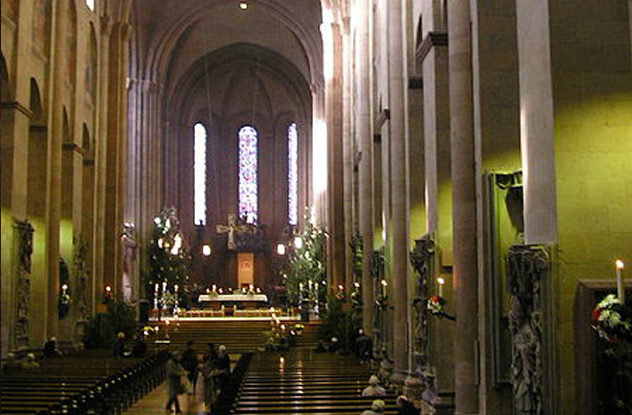 In 847, a strange woman made her way to the Carolingian court in Mainz, Germany. She claimed to have been visited by the divine, receiving given insight into the future of mankind. She knew the apocalypse would come before the end of the year.

This woman, Thiora, was such a charismatic speaker that not only did the commoners begin to bring her money and gifts, but members of the clergy began to follow her teachings as well. But before too many of the clergy could turn from the established church to follow this strange foreigner, the archbishop summoned her to a meeting of other heads of the church at Saint-Alban. Under questioning, she admitted all her divine knowledge actually came from a priest, whose identity she insisted on keeping secret. The bishop sentenced her to a public beating and sent her on her way. 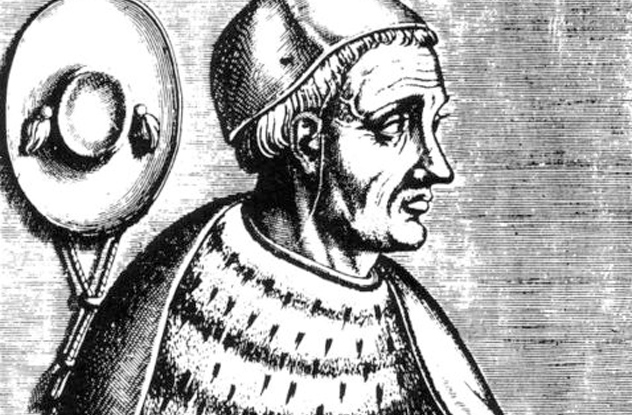 Pierre d’Ailly was an astrologer born in France in 1350. With a degree and theology and another in the arts, it’s not surprising that his passions would cross. He read up on the science of the stars and the practice of predicting future events based on planetary movement. He then wrote his own treatise on worldwide events centered around the movements of Saturn and Jupiter.

By d’Ailly’s calculations, the Antichrist would appear on earth in or around 1789. Bravely, he presented his findings to the Pope, even though many scholars had already denied the possibility of making an accurate prediction as to the end of the world. His prophecy was an important one, influencing many future supporters of end-of-the-world theories, including Christopher Columbus. 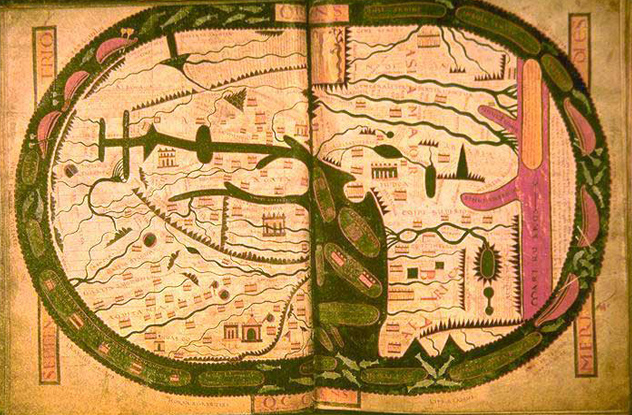 Beatus was a Spanish monk, born around 730 during the Islamic occupation of southern Spain. When he was in his mid-40s, he produced a 12-volume work on the Book of Revelation and the writings of the prophet Daniel. In it, he decreed that the world was going to end in the year 800. While it obviously didn’t end, neither did Beatus’s writings.

Each time the projected year of the world’s end came and went, the texts were re-examined and a new date was selected. His works are also notable for being reproduced many, many times in exact copies—not an easy feat to do in the days of the illuminated manuscript. In addition to the beautiful depictions of a war in heaven, the manuscript also contains another oddity: one of the earliest Christian world maps, featuring mysterious continents that scholars simply assumed had to exist based on what was known of the world at the time. 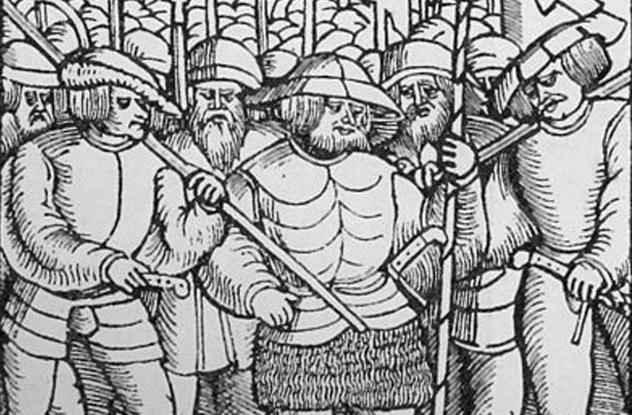 Muentzer was originally a student of Martin Luther, and was first exposed to the idea of a Christian apocalypse through Luther’s teachings. He began to draw parallels between the struggles in the Bible and what he saw going on around him in the early 1500s. And he began to do something very, very dangerous: preach to the discontent masses.

He told the German peasant classes that their struggle against oppressive landowners was a battle in which they had God on their side. Believing—and preaching—that it was the duty of honorable Christians to change the world for the better, Muentzer instigated 8,000 peasants to revolt against the German nobility in 1525. He convinced them that Christ would join them momentarily, and their devotion doesn’t even wane when the battle progressed with no sign of Him.

When a rainbow conveniently appeared, Muentzer pointed to it as a clearly a sign that the angels were coming to the peasants’ aid., and the rainbow was a sign of Muentzer’s agreement with God. Unfortunately, it was just a rainbow. By the end of the day, 5,000 of the peasants were dead, and Muentzer was eventually found hiding under a bed. He was captured, tortured, and executed.