Scared of clowns? Maybe you should be. Their faces look like corruptions of the concept of humanity. And any supposed clown you see might just be a knife-wielding psycho playing on your fear.

But thousands of clowns meanwhile are just honest performers, carrying on a comedy tradition that goes back millennia. 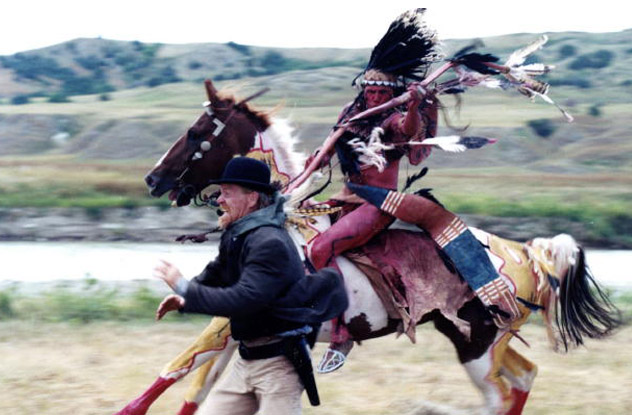 There have been examples of clowns throughout history, but one of the stranger ones were the contraries who hailed from the Cheyenne tribes of North America. These warriors had to communicate exclusively using opposites. For instance, if they wanted to answer “yes” to a question, they might shake their head. If they wanted to warn about a shortage of firewood, they might say, “We have lots of wood! Don’t bring any more.” This reversal extended beyond speech as well. They’d wear their clothes backward, bathe with dirt, and even try to dry themselves with water.

The reason warriors chose to be contraries sheds some light on why people in general choose to be comedians. Contraries carried a lance, one that erased all fear. The lance made the bearer invulnerable to lightning, so people with a fear of thunder or lightning could become the tribe’s clown warrior and conquer their phobia. 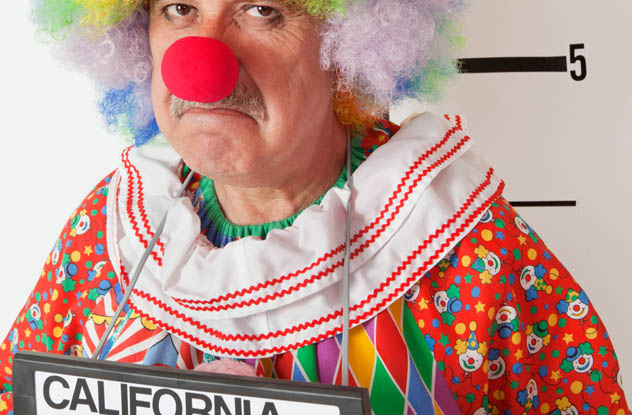 Many professions have their own codes of conduct. Though clowns rarely find themselves facing the ethical dilemmas of, say, a doctor or lawyer, they too need to abide by a list of rules. These “clown commandments” mainly seek to preserve the clown as someone who exclusively spreads laughter—an important goal, considering the creepy associations many people have with clowns.

While the commandments are fairly detailed, the main points involve professional conduct and appearance. Clowns should never drink or smoke while in clown outfits, for instance. They should never be intoxicated while working. They should change out of their garb as soon as possible to avoid anything that might reflect badly on clowns. Clowns may make a living being funny, but they are quite serious about not being taken seriously. 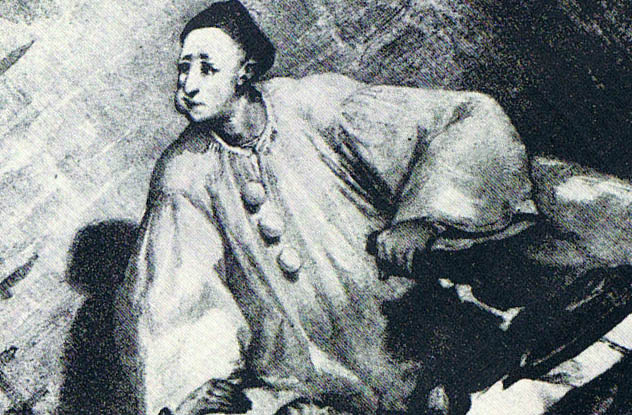 Jean-Gaspard Deburau performed regularly as a mime in France the first half of the 1800s. One day in 1836, the man was out with his wife enjoying a stroll on the street when a youth started heckling them. Now, most performers would either just keep walking or perhaps throw a few well-placed jibes back in the other direction. Deburau, however, was a bit more volatile than most. After deciding he’d had enough insults thrown his way, he gave the boy a hearty whack with his cane. Unfortunately, this killed the boy because people don’t do well when slammed in the head.

Despite having clearly used unnecessary force to deal with someone verbally harassing him, Deburau’s celebrity got him off scot-free. In fact, the true spectacle of his trial was not so much the grisly killing, but the mob of fans hoping for a chance to hear Deburau talk. Of course, some would say hearing a mime talk kind of destroys the whole point of the act, but people are funny when it comes to that sort of thing. 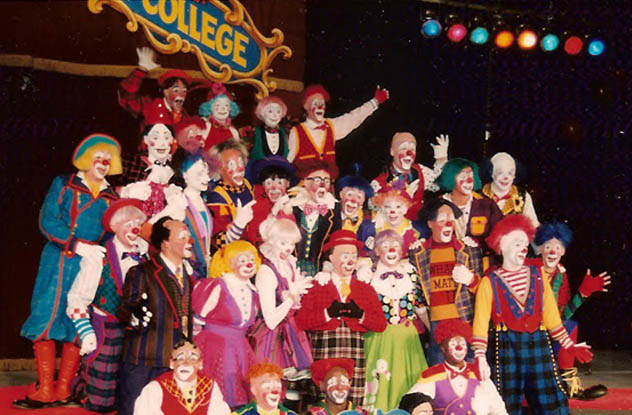 You may have heard “clown college” used before to insult a particularly low performing school, or simply as a joke about studying something silly. However, many different schools really will teach you all about clowning, even if they don’t necessarily qualify as a college.

Clowns put long hours into learning everything from how to juggle to how to apply ridiculous makeup. They need to spend a ton of time practicing—and, maybe more surprisingly, a ton of time on the road, chasing talent scouts and hunting auditions.

Ringling Brothers receives more clown hopefuls than they know what to do with, so they have a selective application process. The trope of “running away to join the circus” no longer makes much sense. You can’t just get into such a prestigious group—you have to earn your way in. 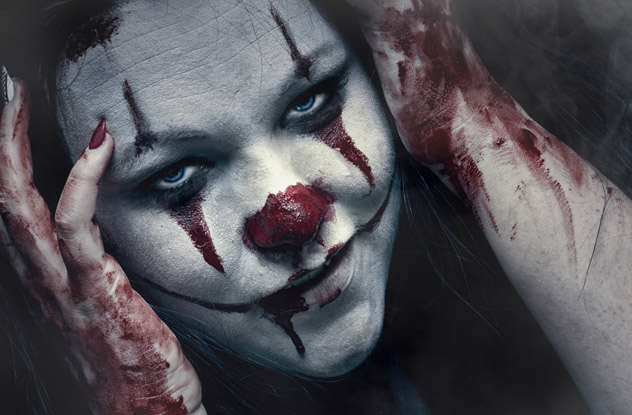 We all know that some people have a fear or clowns, or coulrophobia, which can vary from finding the faces unsettling to outright terror at the sight at them. Scientists have been trying to explain the phenomenon. Their main hypothesis for why people fear clowns is the “uncanny valley” effect.

This effect refers to the unsettling nature of images that look almost—but not quite—human. It originally exclusively covered robots designed to look like people. When looking at a robot meant to resemble a human, brains have to push harder to interpret what they’re seeing, compared with just viewing a plainly inanimate robot or a natural human. The aversion to the sight may stem from an instinctive repulsion to one other nearly-human sight: corpses.

The uncanny valley effect can kick in with figures besides robots, such as paintings, or video game characters—or clowns. Your brain expects to see a person, but the distorted, colored features of the clown look just enough unlike a person to be quite disturbing.

5 The Great Clown Of China 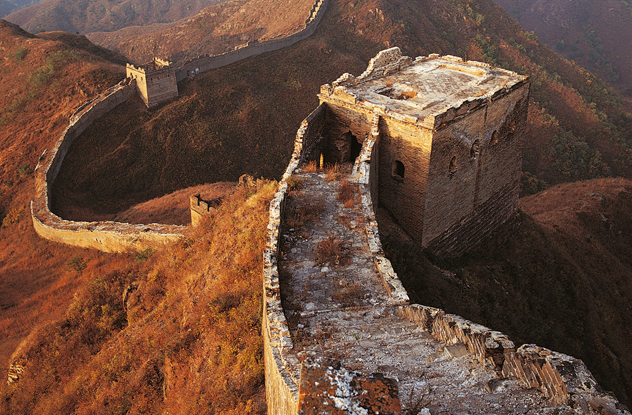 Things as impressive as the Great Wall of China come at a cost, and not just a financial one. Building the great wall was hardly a safe occupation and cost countless lives. An then at around 200 BC, Chinese Emperor Qin Shi Huang decided on a move that threatened to make the wall’s construction even more deadly.

The Emperor wanted to paint the completed wall. This would be a huge undertaking, and the poor working conditions at the Wall would mean that the work could kill thousands. And it would be a huge loss for a tiny gain. Though stone construction lasts for millennia, paint quickly fades.

It was a terrible plan, but no one spoke against it for fear of the Emperor’s wrath. No one except Yu-Sze the court jester, who openly mocked the idea. The way one story tells, it, Yu-Sze painted a penis on the wall, earning himself a whipping. When the Emperor threatened to make Yu-Sze paint the whole wall personally, the jester said he couldn’t—because he was color-blind.

It was hardly a sound and cogent argument against the Emperor’s plan. But it got the whole country laughing at the idea, until the Emperor felt he’d no choice but to abandon it.

4 The Clown Of Northampton 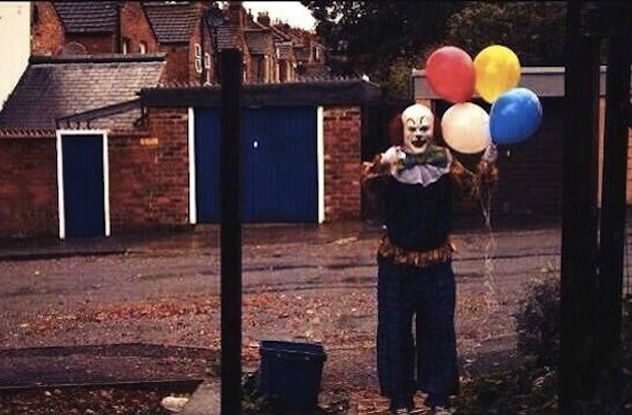 In 2013, the town of Northampton, England had a full-on Twilight Zone situation on its hands. A creepy clown had inexplicably arrived, standing on street corners and holding balloons. He was silent, he was terrifying, and if you got too close, he seemed to just disappear. And yet he operated a Facebook page, challenging townsfolk to spot him and take photos.

Some thought that the clown had evil intentions. Vigilante groups even formed to unmask the potential terrorist. One man tried to contact the clown trough Facebook, threatening to kill him—the presence of witnesses, said the man, was all that held him back. But the clown turned out not to be a costumed villain. He was just a local filmmaker having some fun.

When confronted, 22-year-old Alex Powell admitted to the stunt and seemed baffled at how much he’d scared everyone. To him, it was just a funny costume. And it turns out that at least one person agreed. While the adults of Northampton were sharpening their pitchforks, one terminally-ill little girl reached out to the clown, begging to meet him. Powell complied, arriving at the hospital in his circus get-up and delivering a stuffed clown doll.

The hip-hop duo Insane Clown Posse certainly have the clown makeup down, if not a whole lot else about the profession. But in recent years, the group’s fans have stolen the pop cultural spotlight from them. These fans are the Juggalos, who run around with face paint, listen to horrorcore rap, and display a fantasy obsession with violence and murder.

That last bit is more than just a fantasy, according to the FBI. The real violent behavior of some Juggalos has led the agency to designate Juggalos overall as a “hybrid gang.” The Insane Clown Posse fanbase has responded with outrage, and the duo themselves has sued the FBI. 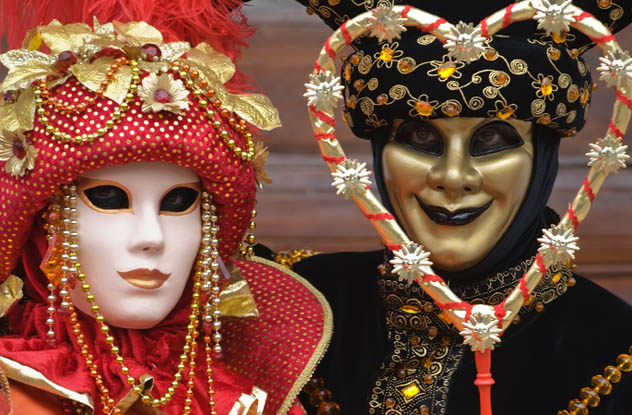 While real clowns are serious entertainers, others use people’s fear of clowns for their own nefarious advantage. After the Northampton Clown, many in the UK decided to pull the same stunt, except many of them were not as lighthearted and innocent about it.

One fake clown pressed his face on the windows of people’s private homes. Another roamed the streets wielding a knife. In one Norfolk town, a red-headed clown followed a group of terrified people till they took flight; the clown chased after them. Police had to investigate to confirm that no outright assault had occurred.

The classic clown car gag may have been parodied endlessly in pop culture, but it’s still amazing. Clown after clown pops out of an incredibly undersized vehicle, often while carrying enormous props that themselves seem almost too large to fit the car.

It looks like some illusion or trick, but it isn’t. The clowns don’t appear from some hidden trap door. They really do all fit into the car.

The circus first hollows out as much of the car as possible while still keeping it functional. This makes the squeeze easier but still quite a feat. The performers actually use complicated equations to manage the most hilarious number of clowns and props without suffocating anyone. That’s right, kids: Even clowning requires math.