Generally speaking, a sound and traditional strategy is the key to military success. There are times however, when you just drop everything conventional and turn to armies of cats or bombs stuffed with bats. Here are some of the weirdest ways anyone ever dreamed up to win a war. 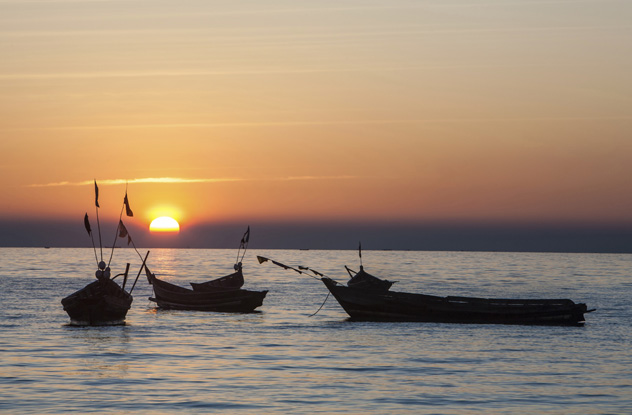 When Gregory Bateson, an Office of Strategic Services (OSS) anthropologist, was stationed in Ceylon during World War II, he discovered the importance of the color yellow to the Burmese people. A local legend said that if the Irrawaddy River—Burma’s largest and most important waterway—ever turned yellow, it would mean an end to foreign rule.

The legend likely referred to the British, but Bateson hoped to fulfill that prophecy, spurring the locals to rise up against the Japanese. The OSS approved Bateson’s idea and procured several barrels of yellow dye for the mission. However, just before they followed through with the plan, Bateson decided to test the yellow dye in his bathtub. To his great disappointment, the dye did not float but sank instantly instead. The substance only worked in salt water.

9 Sicilian Separatists Asked To Be Annexed By The US 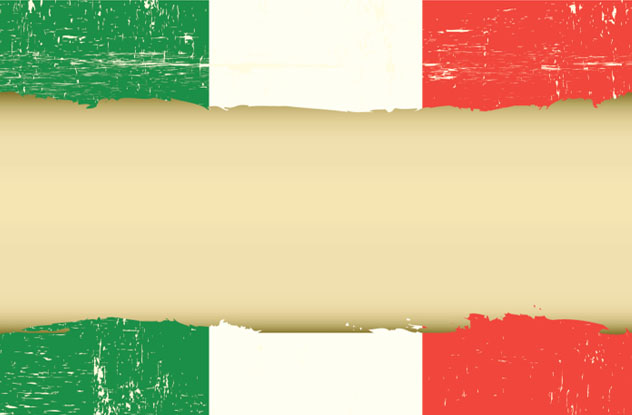 Who doesn’t want to be part of the good ol’ US of A? At least, that’s what several Sicilian separatists wished for after World War II. The separatists—comprising nationalists, landlords, and even the Mafia—resented the shoddy treatment afforded to them by Italy. They also feared a Communist takeover of their island.

Led by the dashing bandit Salvatore Giuliano, the separatists actually petitioned US President Harry Truman and begged his help in turning Sicily into America’s 49th state. Giuliano, in a letter to Truman, wrote that Sicily would become a buffer zone and prevent the Soviets from extending their influence in the Mediterranean.

To cap off his letter, he also sent a leaflet that depicted himself cutting a chain that bound Sicily to Italy, while another man linked it to America. Unfortunately for the separatists, infighting within their ranks and Italy’s political concessions to Sicily ultimately killed their dream of joining America. 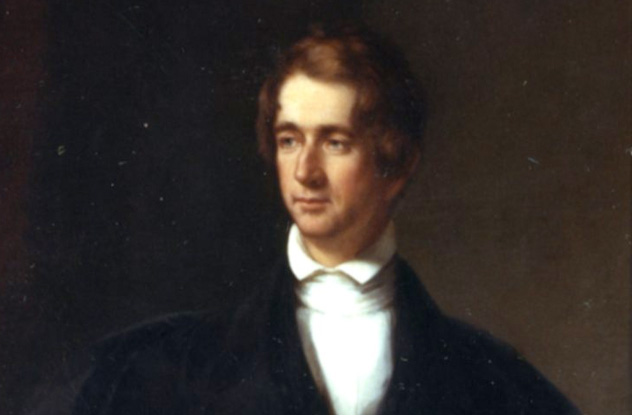 Secretary of State William Seward was one of the most important figures in the Cabinet of President Abraham Lincoln. Remember that time during Civil War when the Union almost came to blows with the British? Seward played major role in deflating that crisis.

For all his good points, however, Seward was a highly temperamental and impulsive individual who minced no words when it came to some very vital issues—as shown by the time he urged the President to start a foreign war to avoid disintegrating the Union. Faced with the threat of Confederate secession, Seward wrote to Lincoln in April 1861 and urged him to go to war against European countries. He pointed to France and Spain’s recent incursions in the continent and in the Caribbean as the perfect excuse for American action.

Some historians who have studied Seward’s letter contend that all he ever wanted was for the US to defend itself against foreign intervention. Regardless, Lincoln wrote back to Seward and declined his proposal to start a potential world war.

7 Numerous Plans To Project Propaganda Into The Sky 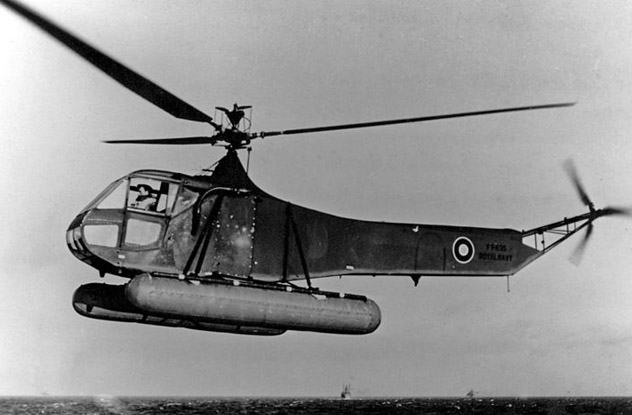 Before the first Gulf War began, Air Force officials reportedly had a plan to use a holographic projector that would show Allah’s image in the skies over Baghdad. The projection would command the people of Iraq to revolt against Saddam Hussein.

While that plot looks like it came out of a bad sci-fi movie, the concept of projecting images into the sky existed as far back as World War II, when the British tried unsuccessfully to create a projector for propaganda against the Germans. During the Arab insurgency in Yemen in the 1960s, the British tried to use a helicopter-mounted projector, which again met with no success (it was the dry season, and there were no clouds).

During the Vietnam War, the Americans experimented with a projector mounted on a C-47 cargo plane. Though they had more success than the British, the plan was ultimately called off because it was too dangerous. Not only did a successful projection require the plane to fly low—the light from the projector also made it an easy target for anti-aircraft gunners. Additionally, friendly Vietnamese forces reportedly stole the generator that powered the projector.

6 The Nazis Attempted To Make Gold 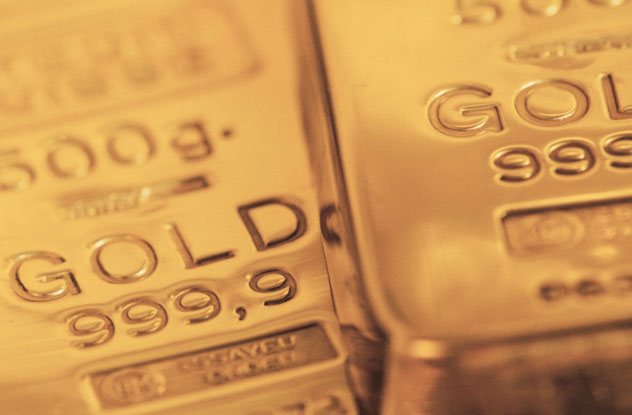 We’ve already pointed out that the Nazis had occultists on their payroll, but did you know they also had an alchemist?

Shortly before World War II began, a British man by the name of Karl Malchus approached feared SS leader Heinrich Himmler, offering him a unique service. He claimed that he was an alchemist who had discovered the secret to making gold. Substances contained under the Isar River in Munich would allow him to manufacture an endless amount of gold that Nazi Germany could use for the upcoming war.

Himmler agreed to bankroll Malchus and provided him with quarters and a lab inside the Dachau concentration camp. For a while, Malchus (who was reputed to be a British operative) managed to fool Himmler by smuggling in gold nuggets hidden in his cigarettes and then presenting them to the delighted officer. As fate would have it, he was later found out and imprisoned inside the camp for many months. Intriguingly, he was released, but not before being threatened with death should he ever reveal that he conned Himmler.

5 The Bid To Bomb Japan’s Volcanoes 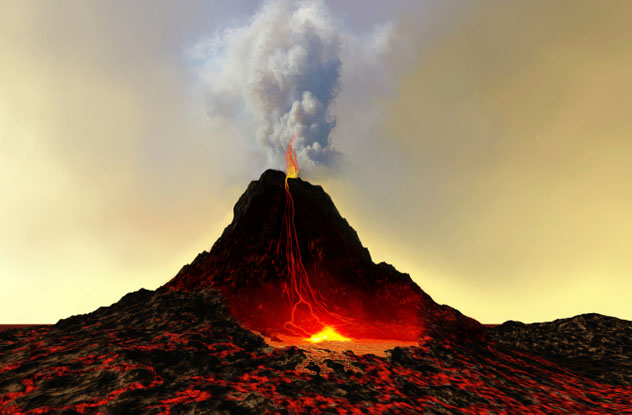 As the tide was turning against Japan in 1944, one scientist wrote in Popular Science that the best way to shorten the war was to bomb Japan’s volcanoes. Call him crazy, but geologist Harold Whitnall was insistent. The Japanese held their volcanoes as sacred, and bombing these sites would lower their morale.

More importantly, Whitnall argued, bombing Japan’s many unstable volcanoes could induce devastating earthquakes and eruptions that would leave the Japanese with no choice but to surrender. He added that American air power and bombing capabilities during that time had already developed to a point that it was entirely possible to carry out such a mission.

Though Whitnall wrote that in a media publication, a similar proposal two years earlier actually reached FDR’s desk. It suggested that the US bomb some Japanese volcanoes so “that we could convince the mass of Japanese that their gods were angry with them.” FDR turned it down.

4 The Use Of People Sniffers By US Forces In Vietnam Vietnam’s dense jungles made it difficult to track and fight the enemy. So US forces began employing what they hoped would be their trump card: the people sniffer. This device was a personnel detector mounted on a helicopter and could detect the scent of ammonia in urine and sweat. For a while, the people sniffers worked. But they ultimately failed; Colin Powell linked this to the Americans’ overreliance on their superior technology.

Once enemy forces learned of the sniffer, they began spoofing the device. This led to at least one very embarrassing moment wherein an artillery strike was ordered in an area where the people sniffer detected enemy forces. After the bombardment was done, the soldiers found that the area contained no people—but it contained buckets of urine in the trees. 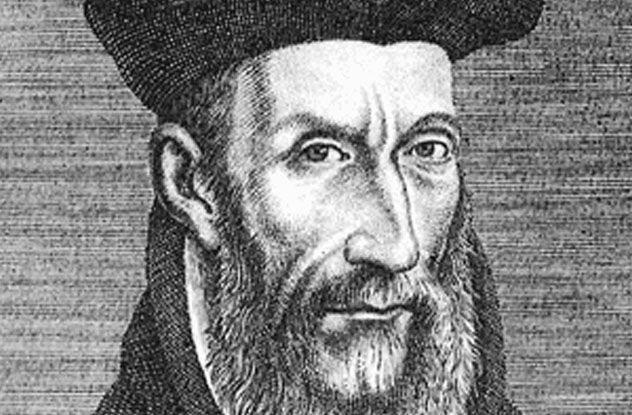 Reputed oracle Nostradamus’s vagueness let countries easily use his predictions for their own ends. Joseph Goebbels, who saw the propaganda value of Nostradamus’s works, hired an astrologer named Karl Kraft and had him publish Nazified versions of the prophecies. They included snippets about England’s inevitable doom, Hitler’s destined rule over all of Europe, and anything else that would benefit the Nazi cause.

The Nazis must have been effective in using the predictions because the Allies co-opted this plan shortly afterward. The British published versions of the prophecies that foretold their own victory and Hitler’s ignominious end. The US also gave in to the hype; they published several books and shot a number of Nostradamus-themed films to keep their people’s spirits up during the war.

2 The Plan To Defeat Hitler With Hormones 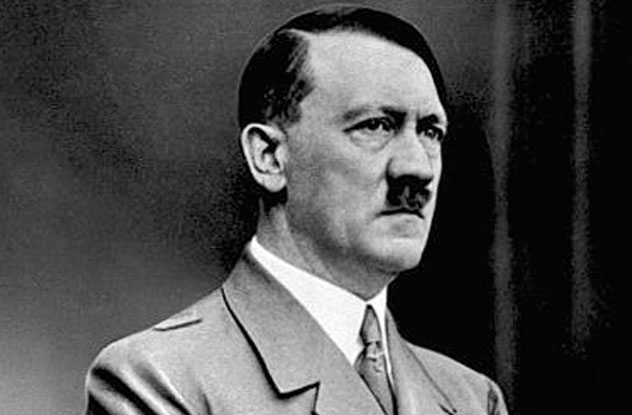 The Allies must have been pretty desperate to end the war, and we can’t say we blame them. Faced with a seemingly interminable conflict in World War II, they concocted probably one of the most bizarre schemes ever to defeat Germany: Make Hitler feminine. The plan was for the Allies to secretly add estrogen into Hitler’s food with the goal of lessening his aggressiveness and making him more docile—like his sister Paula.

Research at the time had given scientists a flawed idea of sex hormones’ effects on the body. The plan also seemed tempting because estrogen was easier to smuggle than standard poisons, as it would be virtually undetectable by Hitler’s food tasters. But though the British prepared spies for the mission, the plan to turn Hitler into a girl was never carried out. 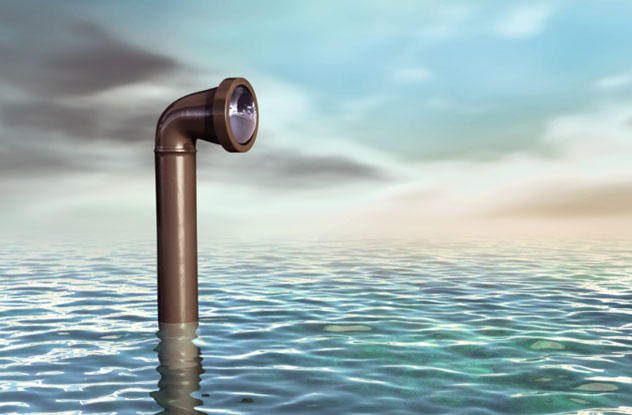 During World War I, the British researched a number of odd ways to defeat the growing U-boat menace. As we’ve mentioned before, one bizarre method sent someone on a raft to sneak up to the subs and smash their periscopes with a hammer. Probably the only plan weirder than that was the one that involved training seagulls to detect submarines and block the periscopes by sitting or defecating on them.

Unlike most crazy schemes that never left the drawing board, the British actually considered and experimented with this concept. One private citizen named Thomas Mills even designed and patented a dummy sub with food at the top to train the gulls. Mills hoped that constant repetition would teach the seagulls to track down real submarines.

Later on, the development of acoustic tracking devices rendered the seagulls unnecessary. It could have been worse; the British could have experimented with sea lions instead.

Ah, never mind. They did that, too.