As a child the things that most interested me were things little known by others. I am not sure what drew me to love all things obscure and unknown, but that passion remains with me to this day – and can certainly be considered the greatest motivation for making Listverse. On this list we look into the lives of ten people (or groups of people) that we should know about, but don’t. I don’t know why there is such a plethora of historical events and people that we seem to universally forget, but at least that gives good fodder for more lists like this!

Aside from sources on the Internet I also used the excellent book History’s Forgotten Milestones (Kindle edition), by Joseph Cummins, in researching the historical figures for this list. It is an excellent and interesting book that I recommend to all who like this list, as well as his fascinating History’s Great Untold Stories. 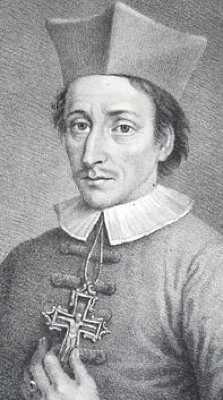 Nicolas Steno (11 January 1638 – 25 November 1686) was a Danish pioneer in both anatomy and geology. In 1659, he decided not to accept anything simply written in a book, instead resolving to do research himself. The consequences of this self-study is that he is considered the father of geology and stratigraphy. He was responsible for the the recognition of geological strata, and the theory that successive layers of geological formations (strata) contained a fossil record of life in chronological order. He eventually became a tutor to the de Medici family and, ultimately, became a Bishop and a strong leader in the Catholic Counter-Reformation. He is largely unknown, despite his many great achievements, which may have been due to his religious zeal in a time that was moving away from reasoned science and towards observational science. 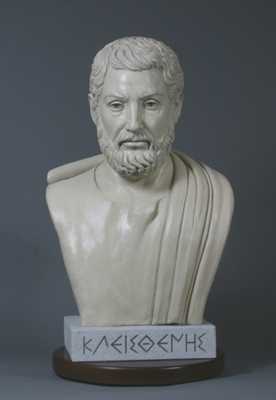 Who is the father of democracy? Not Thomas Jefferson, as many people oddly seem to think. It was, in fact, the little known Cleisthenes. He first introduced democracy to the Greek city states (undoubtedly following some of the principles previously set forth by Solon) in 508 BC, after he gained political power in Athens. From 508 to 502 BC, he began to develop a series of major reforms, leading to the formation of Athenian Democracy. He made all free men living in Athens and Attica citizens, giving them the right to vote as part of a democratic society. He also established a council (boule). All citizens over the age of thirty were eligible to sit on the council, encouraging public involvement in the government. While the format may not be the same as the many democracies around the world today, there is no doubt that this was the first step. 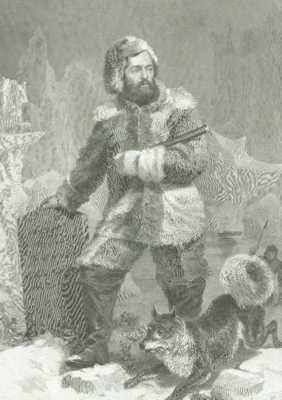 It is astounding that Elisha Kane is known to so few people – especially considering that his funeral was said to be the largest in US history, second only to that of Abraham Lincoln. Kane (28 February 1820 – 16 February 1857) was a US Navy Officer who was a member of two Arctic expeditions to attempt to rescue (without success) the explorer Sir John Franklin (a British Arctic explorer who vanished while attempting to chart and navigate the Canadian Arctic). Though suffering from scurvy, and at times near death, he resolutely pushed on and charted the coasts of Smith Sound and the Kane Basin, penetrating farther north than any other explorer had done up to that time. His ship was eventually icebound and so, on 20th May 1855, he led his party on an 83 day march across the frozen north, carrying their sick with them. They lost only one man on the journey and were eventually rescued. However, the toll on his health was too extreme and he died two years later in Havana, where he was trying to recuperate. His body was carried from New Orleans to Philadelphia, and nearly every platform on the trip was met by a memorial delegation.

Rabban Bar Sauma (c. 1220–1294) is the Marco Polo of the East, and yet is relatively unknown. He was a Turkic/Mongol monk, turned diplomat, of the Nestorian Christian faith. He is known for embarking on a pilgrimage from Mongol-controlled China to Jerusalem with one of his students, Rabban Markos. Due to military unrest along the way, they never reached their destination, but instead spent many years in Mongol-controlled Baghdad. Markos was eventually chosen as Nestorian Patriarch, and later suggested his teacher, Rabban Bar Sauma, be sent on another mission, as Mongol ambassador to Europe. The elderly monk met with many of the European monarchs, as well as the Pope, in attempts to arrange a Franco-Mongol alliance. The mission bore no fruit, but in his later years in Baghdad, Rabban Bar Sauma documented his lifetime of travel. His written account of his journeys is of unique interest to modern historians, as it gives a picture of medieval Europe at the close of the Crusading period, painted by a keenly intelligent, broadminded and statesmanlike observer. His travels occurred prior to the return of Marco Polo to Europe, and his writings give a reverse viewpoint of the East looking to the West. 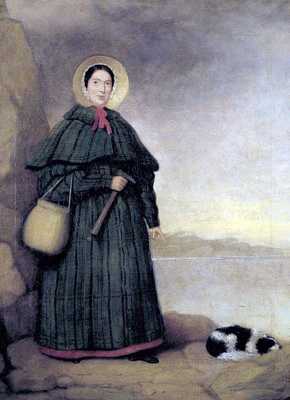 Mary Anning (21 May 1799 – 9 March 1847) was a British fossil collector, dealer and palaeontologist who became known around the world for a number of important finds she made in the Jurassic age marine fossil beds at Lyme Regis, where she lived. Her work contributed to the fundamental changes in scientific thinking about prehistoric life and the history of the earth that occurred in the early 19th century, and yet she is barely known today, while Darwin has become a household name. Her discoveries included the first ichthyosaur skeleton to be correctly identified, which she and her brother, Joseph, found when she was just twelve years old, the first two plesiosaur skeletons ever found, the first pterosaur skeleton located outside Germany, and some important fish fossils. Because of her sex and religious rebellion, much of her work was never published and, in fact, she rarely even received credit for her scientific contributions. 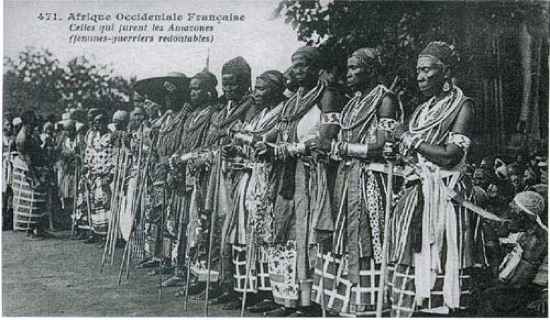 The Dahomey Amazons, or Mino, were a Fon (a major West African ethnic and linguistic group in the country of Benin, and southwest Nigeria) all-female military regiment of the Kingdom of Dahomey (now Benin), which lasted until the end of the 19th century. They were so named by Western observers and historians due to their similarity to the semi-mythical Amazons of ancient Anatolia and the Black Sea. The Mino were recruited from among the ahosi (“king’s wives”), of which there were often hundreds. They trained with intense physical exercise. Discipline was emphasized. In the latter period, they were armed with Winchester rifles, clubs and knives. Units were under female command. Captives who fell into the hands of the Amazons were often decapitated. The French army lost several battles to them due to the female warriors’ skill in battle that was “the equal of every contemporary body of male elite soldiers from among the colonial powers”. The last surviving Amazon of Dahomey died in 1979. 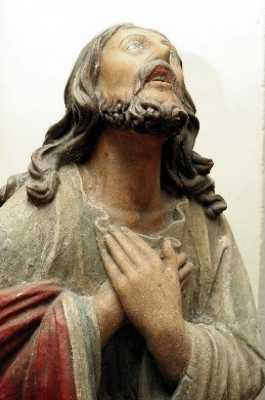 Since reading about Jan Wnęk a year ago, I have desperately sought an opportunity to include him on a list. I am very glad that today that opportunity has arisen, for Wnęk truly was a remarkable man who is little known outside of his native Poland. Wnęk was an illiterate carpenter, born in 1828, who went on to become a prolific sculptor, artist and aviation pioneer. All of this with only natural talent. He studied the wings of ducks to try to learn how to fly, and ultimately built a glider that allowed him to make a number of short flights. His fame was great in the towns around where he lived because of his flying ability. He died at the age of 41, when one of his flights went wrong. He left no written records or drawings of his work in aviation. Above is one of the incredible sculptures he created. You can see many more here. 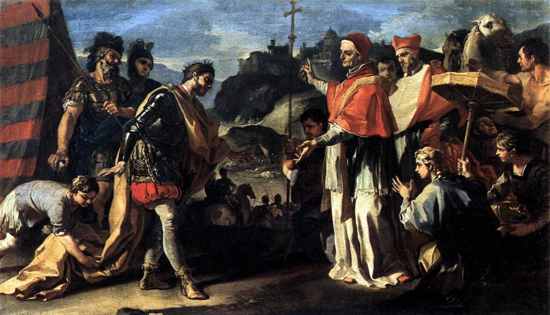 Most of us know Pope Saint Gregory the Great – the inventor of our calendar, but far fewer have heard of Pope St Leo the Great (400 – November 10, 461) who single handedly did what no army could do: stop Attila the Hun. In 452, when the King of the Huns, Attila, invaded Italy and threatened Rome, Pope Leo went to meet him personally to beg him to withdraw. Attila, so impressed by Leo, simply turned around and left. Unfortunately, Leo’s intercession could not prevent the sack of the city by the Vandals in 455, but murder and arson were repressed by his influence. In addition to this great achievement, St Leo is remembered for his writings on equality of all men, and the call for all to live in dignity. His feast day is April 11. Pictured above is the famed meeting between St Leo and Attila. 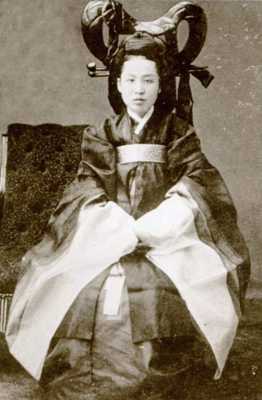 Empress Myeongseong (19 October 1851 – 8 October 1895), also known as Queen Min, was the first official wife of King Gojong, the twenty-sixth king of the Joseon dynasty of Korea. At the age of 16 she was married to the then 15 year old King. But, instead of being the demure queen expected of her, she was assertive and ambitious. She gave up many of the royal functions such as hosting tea parties for the aristocracy, and, instead, read books reserved for men only, teaching herself philosophy, history, science, politics and religion. When her husband took full power (at 22), Queen Min took a very active role in politics, and placed her own family members into high positions, solidifying her power. It was during her so-called rule that Korea began to open to modernization – first with the help of the much despised Japanese (due to forced treaties and threats of war) and later from the West. The Queen reorganized government to deal with the influence of Westernization, and allowed freedom of religion which had previous been suppressed. This caused great upset amongst her own political leaders. The Japanese, seeing her power, decided to assassinate her – which they did, in 1895, by stabbing her multiple times. The King, despairing from the loss of his wife, began to sign treaty after treaty with the Japanese, which eventually led to their colonial rule from 1910-1945. Pictured above is a purported photograph of the Queen. 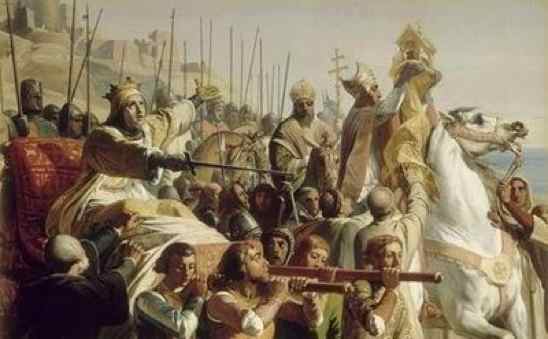 Baldwin IV of Jerusalem (1161–16 March 1185) was the King of Jerusalem, from 1174 to 1185. In his youth it was discovered that he had contracted leprosy and, due to his young age, most people thought he would not reign long. He was crowned at the age of 13, and so Jerusalem was ruled by two regents, one of whom signed a treaty of peace with Saladin. When Baldwin came of age he did not renew the treaty, and, instead, began a series of wars against him – fighting on horseback despite suffering from leprosy. He had numerous successes in his battles, which led the Muslim population to refer to him as “the pig”. Baldwin was courageous in battle and wise in politics – organizing marriages that would fortify the kingdom and his power. He ended up reigning for eleven years – the last two years of which he co-reigned with his five year old nephew, King Baldwin V. Oh – and unlike the movie Kingdom of Heaven, Baldwin IV did not wear a mask.

10 Troubling Stories From The Life Of Lincoln