Covering up the truth has been part of humanity since Cain murdered Abel and later attempted to deceive God Himself by lying about it. Fortunately, the truth can never really be suppressed; it always finds a way to leak out into the world. The cover-ups below are as despicable as they come, but they all have one thing in common—eventually, the crimes were found out and the world came to know the perpetrators for the criminals they really were. 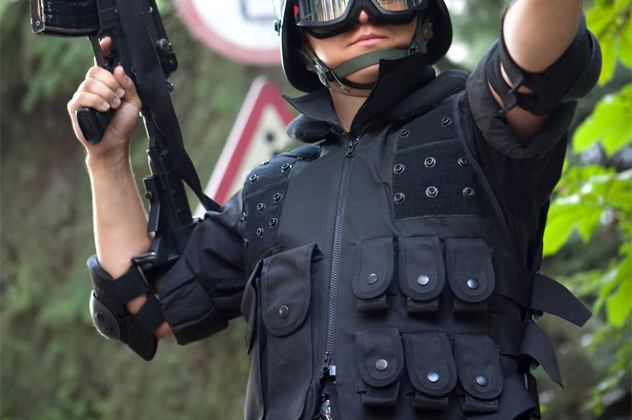 It must have been reassuring for rookie policeman Tony Zeppetella to wear the aptly-named Second Chance bulletproof vest in his line of work. However, the vest failed to live up to its hype when a bullet from a gang member’s gun tore through it like butter and penetrated his chest cavity. His avoidable death came as no surprise to the manufacturers of the vest. Five years prior to the incident, they already knew that the material in the vest, Zylon, had a tendency to break down. But they did nothing to recall their product—they had a reputation and a profit margin to protect.

Hundreds of thousands of the vests were being used by both police and the military; even President George W. Bush had one. While one executive pleaded with the company to do the right thing, Second Chance’s president, Richard Davis, issued a memo concluding that they could continue “operating as though nothing is wrong until one of our customers is killed or wounded.” He got his wish. With one policeman dead and another wounded, the company finally moved to recall their vests in September 2003. 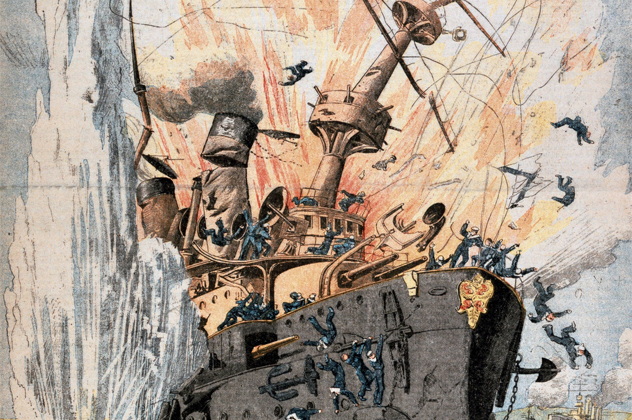 As the tide of World War II steadily turned against the Imperial Japanese Navy, another unfortunate incident added to their woes: the explosion of the battleship Mutsu in June 1943. While docked at Hashirajima, the ship suffered a devastating explosion that ripped her in half and killed over a thousand of her 1,400-plus crew. Authorities who later investigated the explosion concluded that it may have been caused by a crew member who had recently been caught stealing things on the ship.

To prevent rumors of the explosion from spreading to the public, the surviving crew members were reassigned to various island garrisons, while the bodies of the dead were quickly cremated. The Navy only sent notices to the families of the dead a year later, and even continued forwarding their salaries as if they were still alive in the interim. Several attempts were made to raise the ship during and after the war. Although these were unsuccessful, a few artifacts were salvaged and are now on display in museums around the country. 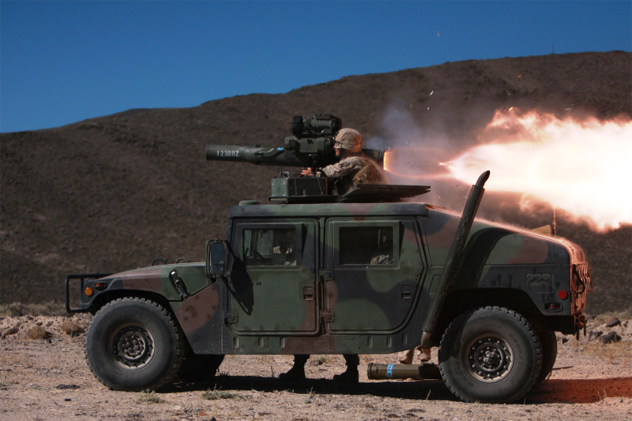 This unfortunate case of friendly fire occurred during the First Gulf War and involved US soldiers mistaking one of their own stranded units for the enemy. The stranded unit was a group of American engineers whose vehicle had conked out close to Umm Hajul’s airfield in the early morning hours of February 27, 1991. They were waiting for help when they spotted soldiers of the 3rd Armored Cavalry Regiment approaching their location.

As one of the engineers tried to signal them using his night vision goggles, a soldier in the 3rd Armored Cavalry suddenly opened fire. The machine gun tore through one man’s torso, killing him—almost—instantly, and a second engineer was shot in the leg. Misleading reports, including the claim that a number of enemy soldiers had been captured, were used to cover up the incident. Three of the offending personnel were even awarded Bronze Stars. A congressional inquiry later discovered the cover-up and led to the revocation of the awards and the early retirement of the head officer of that unit. 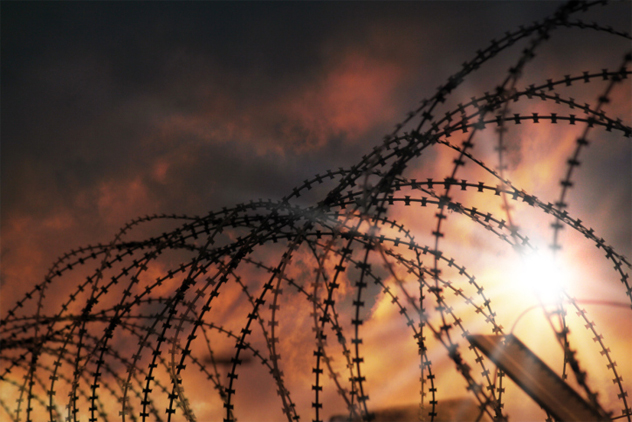 This bloody, two-day incident occurred in February 1995 in Algiers, Algeria. The fiasco began after a few inmates—who had been given guns and grenades by a guard—attempted to escape from the compound, which housed roughly 1,500 prisoners (two-thirds of whom were being held on terrorism charges). They killed four prison guards, opened the cells of the other inmates, and set up negotiations with the authorities.

As they tried to bargain for the safety of the other prisoners (those who did not take part in the guards’ deaths), security forces rushed inside the compound and began a bloody crackdown that lasted until noon the next day. Ninety-six inmates were killed in the violence, and countless more were injured. In the aftermath, several human rights groups and organizations decried the incident as a premeditated massacre, citing witness accounts that security forces had continued killing inmates even after they surrendered.

Activists also found several discrepancies in the official report into the incident. Moreover, the prison authorities had hastily buried the the corpses without allowing the families of the deceased to view them, and hadn’t performed any autopsies or ballistics tests. To this day, the Algerian government has maintained that the operation was legitimate and necessary to restore order in the prison. 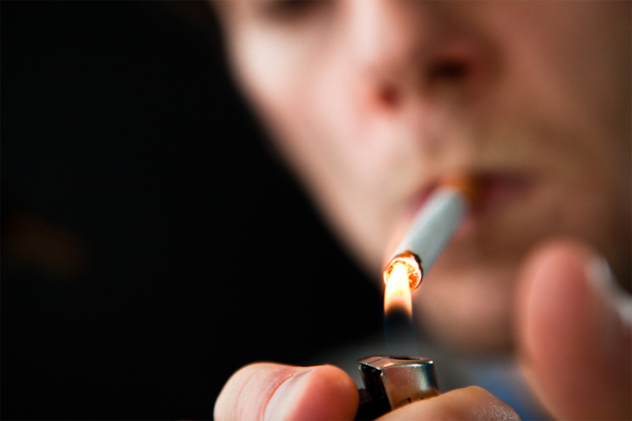 In a similarly vile vein to what asbestos manufacturers did, major tobacco companies poured millions of dollars into hiding the fact that their product presented any sort of danger to the public. As early as the 1940s, the companies already knew the link between tobacco and cancer and various respiratory diseases, yet they did anything but publicize that information. Instead they created the Tobacco Institute and the Tobacco Industry Research Committee (the name was later changed to Council Of Tobacco Research) in the 1950s.

Both worked tirelessly for the industry, but with two slightly different methods. The Council attacked the studies and investigations that linked tobacco to various diseases, while funding those that supported its cause. Meanwhile, the Institute publicized the various benefits of tobacco and maintained lobbyists in Washington. Fortunately, the tobacco industry’s deception was finally revealed in the 1990s and ended with the Master Settlement Agreement, wherein they agreed to pay “in perpetuity” healthcare costs related to tobacco use in 46 states.

5 The Makers Of Thalidomide Suppressed The Dangers 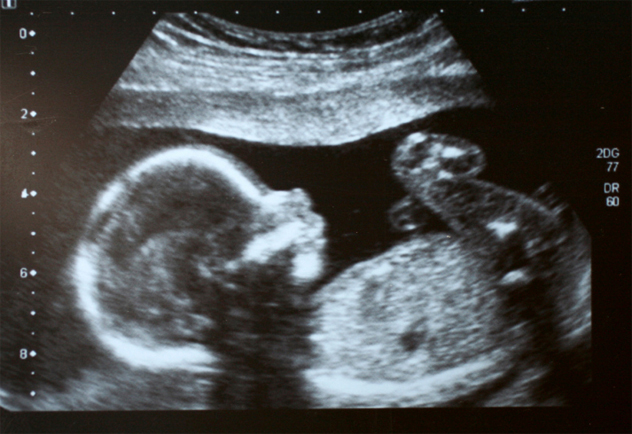 We recently discussed how thalidomide—which was used heavily by pregnant mothers in the 1950s to cure their morning sickness, leading to widespread birth defects—is still being used today, this time as a treatment for cancer. Probably the only thing more shocking than that is the fact that Grunenthal—the pharmaceutical company that manufactured the drug—deliberately ignored the initial reports of adverse side effects among its consumers.

For two years before thalidomide was taken off the shelves, the company did nothing in response to the letters from physicians detailing their concern over the links between the drug and fetal physical deformities. Instead, they stated that the drug was perfectly safe and that the mothers probably had an underlying condition. Even as the complaints piled up, the company kept reassuring physicians and the public of the drug’s safety. Eventually, comprehensive studies by two prominent physicians on the drug’s deformity-causing effects forced the company to finally recall the drug in 1961—and issue a makeshift apology 50 years later. 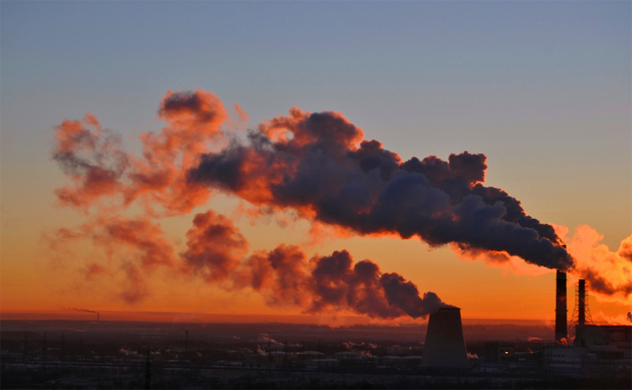 As some are aware, the award-winning 2000 film Erin Brockovich was based on a true story. Aside from a few liberties, the rest of the story was spot-on: Before Brockovich came to the town of Hinkley, officials at the large utility company Pacific Gas and Electric (PG&E) had already known as far back as 1965 that hexavalent chromium—a carcinogen—from their plant had leaked its way into the town’s water supply. Rather than declare an emergency, they kept quiet about it for more than two decades. Only when the chromium levels became too high in 1987 did the company finally inform the authorities in California.

Subsequently, PG&E began buying residents’ houses and destroying them, along with incriminating files. This was all while downplaying the dangers of the contamination and stating that chromium levels in the town were perfectly normal. Fortunately, all their corporate savvy failed to stop one feisty paralegal from making them cough up $333 million in a settlement. 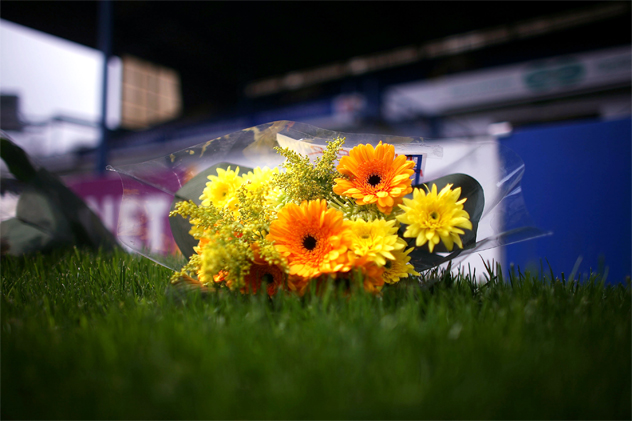 One of the largest football-related disasters in UK history was also compounded by one of the biggest police cover-ups ever. At a match between Nottingham Forest and Liverpool, thousands of excited fans entering the stadium were forced into a tight corridor, creating a deadly bottleneck. As more people pushed in from behind, the people in front were left with nowhere to go and found themselves crushed against a fence by the weight of hundreds upon hundreds of bodies. A recent inquiry into the police’s culpability in the disaster—which left 96 people dead and more than 700 wounded—found that authorities engaged in a massive conspiracy to cover-up their bungling of the incident by shifting the blame onto the fans. Methods included tampering with evidence, comprehensive criminal background checks on the casualties (to prove they were “hooligans”), and knowingly issuing distorted public statements.

Even more shocking, the report revealed that the police had known beforehand that the stadium was unsafe. It’s also believed that more than half of the dead would have survived if there had been a better rescue attempt. The report prompted UK Prime Minister David Cameron to apologize to the families of the deceased, stating, “It was wrong that the police changed the records of what happened and tried to blame the fans.” 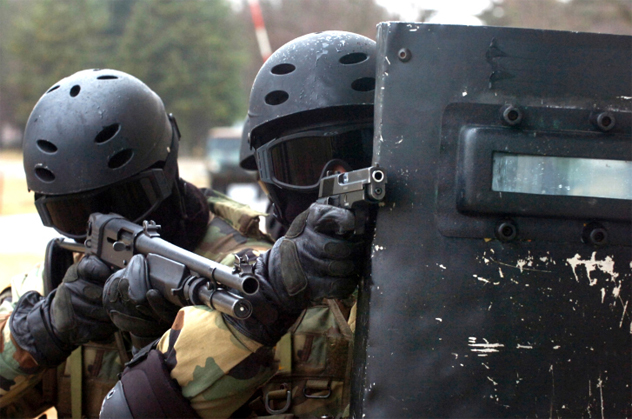 To quote Friedrich Nietzsche, “Whoever fights monsters should see to it that in the process he does not become a monster.” That quote fit perfectly with what was to be known as the Rampart Scandal of the 1990s, when the anti-gang unit of the LAPD’s Rampart Division, the Community Resources Against Street Hoodlums (CRASH), was accused of engaging in one of the most comprehensive cases of police misconduct in US history. To deal with the rampant gang activity in their area, the members used heavy-handed tactics such as planting evidence, torturing gang members, and shooting criminals almost indiscriminately. They also sold confiscated drugs and did sideline work as security personnel and hit men.

As a result of their fanatical devotion, members of the unit kept a tight lid on their activities and made it hard for early investigations to pin them down. That (and allegations of a cover-up by their police chief) made the task even more arduous. The unit’s illegal activities finally came to light after one member (who was on trial for stealing confiscated cocaine) exposed their illegal activities in exchange for a lighter sentence. Subsequently, the unit was disbanded in 2000, more than 100 convictions were overturned, and settlements to the unit’s victims were paid to the tune of $125 million.

1 The Chinese Melamine Scandal Of 2008 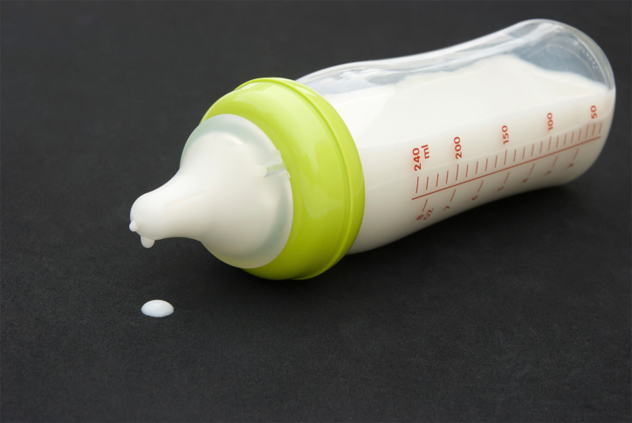 It takes a special kind of heartlessness to cover up the fact that your product has caused the deaths of several infants and sickened at least another 300,000. The product in question was infant formula, and the contaminant was melamine, an allegedly cancer-causing chemical that’s used in cleaning products, among other things. The Chinese dairy company behind the tainted milk formula, Sanlu, did everything to stifle the news of the scandal, from paying off local search engines to asking for the local government’s help “to avoid whipping the issue up and creating a negative influence on society.”

With the 2008 Olympics just around the corner, Beijing’s central government also issued a gag order on the scandal to quell any potential protests that could upset the Games. Eventually, pressure from other countries and health organizations abroad forced a crackdown on those involved—and ended with capital punishment for two executives and lengthy prison terms for several others. Those local government officials who conspired with the company, meanwhile, were either fired or forced to resign from their posts.