Animals are generally symmetrical and usually have proportions that make sense to the casual onlooker. The bills, tails, legs, body shape, and other elements of animal forms are quite often put together in a completely natural-looking manner. However, the forces of natural selection have resulted in some truly bizarre and even record-breaking animal builds. Here, we look at animals with bills and tails that dwarf body length, the shocking proportions of a certain worm, and why fiddler crabs are so grotesquely formed. 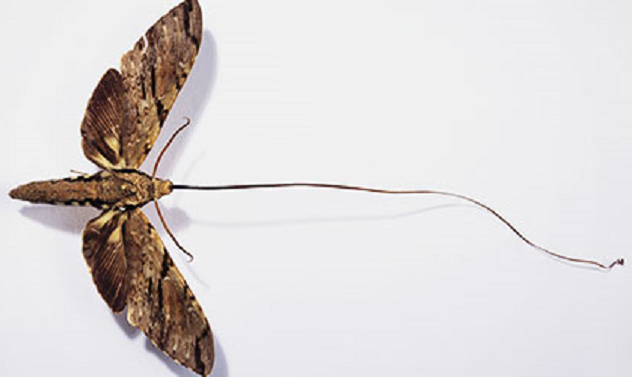 We are familiar with the long bills of hummingbirds and the delicate proboscises found in many moth species. With these tools, such small animals can probe flowers for nectar and pollen with great efficiency. The Madagascan hawk moth boasts a sucking proboscis that can measure as long as 28 centimeters (11 in). That is around three times the length of the moth’s body.

The sucking proboscis is used to extract nectar from exceptionally deep orchids, which is inaccessible to most other wildlife species. The proboscis is fully retractable, rolling into a tight coil below the mouth. This way, the moth avoids the awkwardness and vulnerability to predators that such an oversized appendage would bring. Interestingly, Charles Darwin predicted the existence of a hawk moth species native to Madagascar decades before it was discovered on the island in 1903. 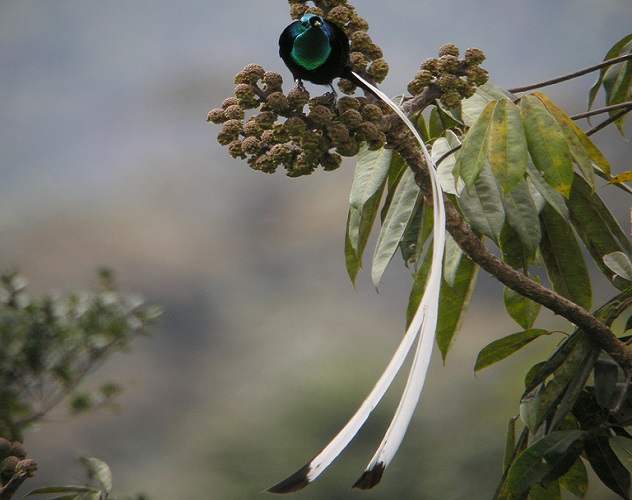 The aptly named ribbon-tailed astrapia wins the award for longest tail feathers in relation to body size among all birds. Native to the montane forests of New Guinea, this bird of paradise has a tail that measures well over three times the length of the actual bird. Twin white feathers may extend over 1 meter (3.3 ft) in length, simply dwarfing the bird itself, which measures only 32 centimeters (12.5 in).

First sighted and recorded in 1938, this extreme species is the most recently discovered bird of paradise. Their long tails are actually a handicap in the day-to-day lives of male birds, sometimes becoming tangled in vegetation. Flight is obviously hindered, as the feathers cause excessive weight and drag. The birds have been hunted for their plumes at times, which contributed to their status as an endangered species. Habitat loss is an additional factor in the decline of these disproportionate birds.


8 Sword-Billed Hummingbirds Have Bills Longer Than Their Bodies 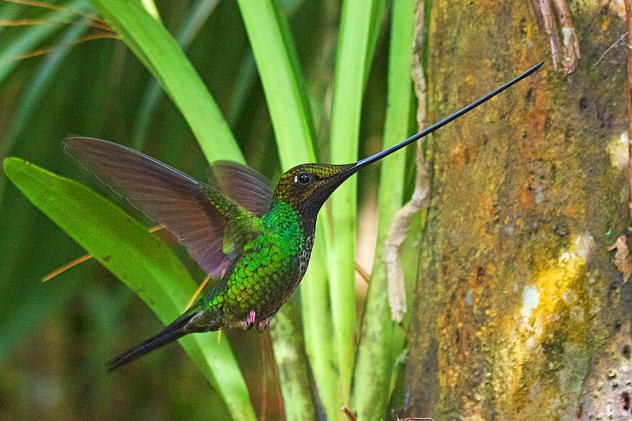 Bird bills are finely adapted to the shape, size, and lifestyle of their particular species of bird. Usually, the result of adaptation is one that is practical and rather normal in appearance. However, weird bills are sometimes needed to allow a bird to take advantage of a specialized food source.

For the sword-billed hummingbird, a diet of fuchsia and other deep flowers has left it with the honor of being the only bird on the planet with a bill longer than its body. At 10 centimeters (4 in), the bill would extend past the head and tail of the hummingbird itself if it were placed alongside it. The tongue extends even further, allowing the bird to empty nearly any flower it encounters. Due to the diversity of hummingbird bill types, an incredible range of species can coexist in South America without significant competition. 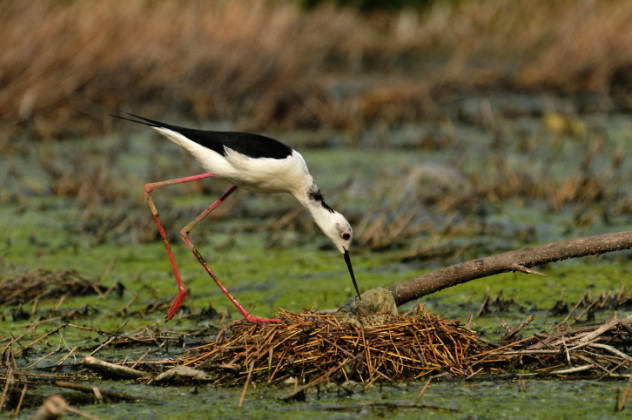 Most birds have legs that are relatively well-proportioned to their body size. However, the pressures of adaptation have led a number of large wading birds—including herons, storks, and flamingos—to develop legs that provide the ability to access waterborne food without swimming. One small wader takes avian leg length to its greatest extreme.

The black-winged stilt, native to a wide range of countries all over the world, holds the record for longest legs in relation to body length. Even ostriches do not have such proportionally long legs. Black-winged stilts measure 35–40 centimeters (14–16 in) from their bills to the tips of their tails. Their legs alone measure 17–24 centimeters (7–9 in), comprising up to 60 percent of the bird’s body length. The bright red color of these incredibly long legs doesn’t do the already ridiculous-looking bird any favors.

6 The Extraordinary Length Of The Bootlace Worm 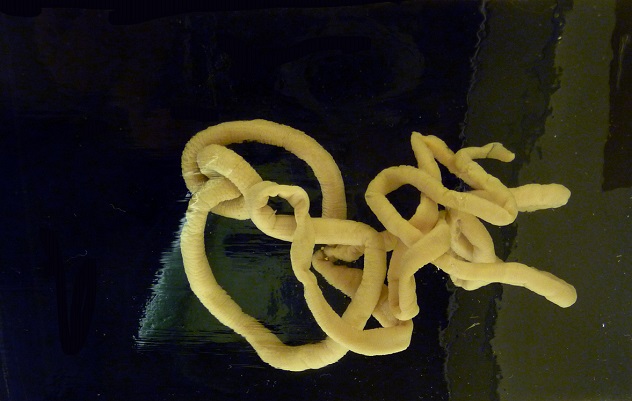 We know that worms are thin and long, but just how long can a worm get? The answer is rather shocking in certain species. The bootlace worm, commonly seen off the coasts of Britain, is an unsegmented species with incredible growth potential that is seemingly unlimited at times. It’s not uncommon for them to grow up to 9 meters (30 ft), while the longest known specimen has measured over 55 meters (180 ft).

When brought to the surface, a bootlace worm may resemble a set of intestines as the lengths fold upon themselves. The animals produce a pungent, irritating slime secretion that serves as a discouragement to predators, allowing the primitive creatures to feed on the sea floor undisturbed.

Barnacles and animal penis size records might seem like an odd combination. While blue whales have the largest penis of any animal species, the humble barnacle actually wins the title for best-endowed animal relative to body size. Mating would prove difficult for barnacles of more modest proportions due to the anchored lifestyle of these animals and the necessity of mating directly with other barnacles. As a result, their penises extend to significant lengths, allowing barnacles to reach and effectively fertilize each other.

Graduate studies at the University of Alberta’s Department of Biological Sciences have indicated that barnacle penis size varies according to environmental conditions. They become longer and thinner in gentle wave conditions, while harsher conditions pressure them toward a thicker, shorter form. Barnacle penises may measure up to eight times their body length.

The award for longest mammal tongue goes not to an anteater or some other ground mammal, but to a truly diminutive, hummingbird-like bat. The tube-lipped nectar bat of South America was first discovered in the forests of Ecuador in 2005. The tiny bat is only 5 centimeters (2 in) long but has an extendable tongue measuring 9 centimeters (3.5 in) in length, nearly twice as long as its entire body.

Just like hummingbirds, the bats hover around deep flowers and use their long tongues to reach inside. The hair-like papillae embedded in their tongues allow them to scoop up as much nectar as possible from inside the tubes. After feeding, the tongue is retracted and—bizarrely—stored in the animal’s ribcage. 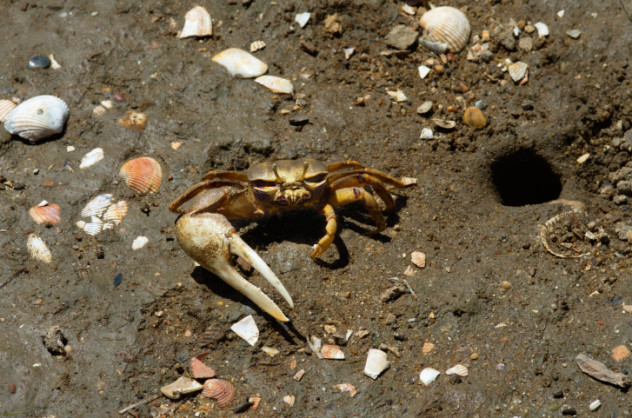 The fiddler crab is well known for having claws much larger than usual, measuring not just to a great size, but coming close to matching the size of the male fiddler crab’s body. The giant claws seem to serve multiple uses. Fiddler crab claws are not especially useful for foraging, but serve as displays of dominance during disputes among males and efforts to attract mates. The claw may even be used to grasp the bodies of other crabs and toss them aside when needed.

Also surprising is a more practical use that scientists are beginning to investigate. Fiddler crabs are frequently found in sun-baked, hot mudflats. Male crabs can become stressed by heat due to their lifestyle of foraging and fighting on the surface. Research at the University of Texas found that fiddler crabs with intact claws adjusted to increases in temperature noticeably quicker than specimens that had lost their claws, indicating that the large claws of the fiddler crab may play a vital role in thermoregulation for the animal. 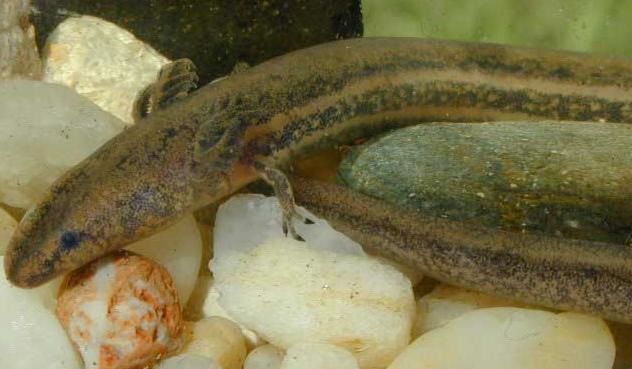 Inhabiting various bodies of water in the southeastern United States and Mexico, the largest of these primitive, eel-like salamanders may measure up to 95 centimeters (37.4 in) in length. However, their legs are mere vestiges and their tiny front limbs are dwarfed by their extraordinarily long bodies. The enormous siren salamander retains many traits suggestive of neotony, i.e. the retention of juvenile, larval traits.

Sirens are not only large, but also predatory. Crayfish, other amphibians, and even fish are not safe from sirens, especially the largest of the three siren species, the greater siren. The siren group may be the most ancient of salamander species, with such unique traits that some taxonomists are tempted to consider these animals a separate amphibian order from true salamanders.

1 The Spring Hare: The Weirdest Rodent 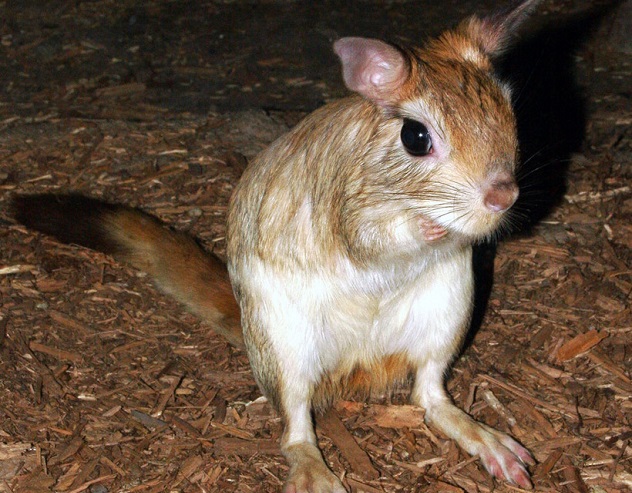 Measuring about 43 centimeters (17 in) long and weighing 3–4 kilograms (6.6–8.8 lb), the spring hare has caused a lot of trouble for scientists attempting to study and classify it. It’s the size of a rabbit, but closely resembles a kangaroo, compelling some to describe it as a cross between the two animals. It has a tail nearly as long as its entire body that acts as a brace while walking. The animal appears to have no close relatives among other rodent species.

The ridiculous proportions of the spring hare are actually highly practical. Its main advantage is leaping incredible distances. Estimates vary as to exactly how far the spring hare can leap in a single bound, ranging from a little less than 2 meters (6 ft) to an amazing 9 meters (30 ft). Razor-sharp claws allow quick digging, while its continuously growing rodent incisors can more than handle the diet of tough roots, leaves, and stems available in its arid habitats.

His increasingly popular wild bird tours are available in BC. Send inquiries to [email protected] to receive your online information package and bird list.