The Bond movies popularized spy weapons, but real-life intelligence organizations had their own clever tools of the trade. The weapons on this list give us a glimpse into the realm of cloaks and daggers and make us wonder what else is out there that hasn’t been declassified.

In the 1940s, the OSS developed an explosive device called “the Mole.” It was also ironically known as “Casey Jones,” a reference to the famous train engineer who prevented the deaths of his passengers in a serious train crash. The Mole used a photoelectric cell that charged during the day and then reacted to sudden darkness to set off an explosive. It was designed to be attached to a critical joint on enemy train cars and automatically detonate when the train passed into a tunnel.

Disabling a train inside a tunnel would do more than just damage the train itself—it would cut off supply lines for days while the wreckage was removed. The Mole could also be used with any kind of explosive detonated by an electric charge, making it a very versatile weapon. According to interviews, the Mole had an official-looking warning label threatening heavy legal penalties enforced by the Third Reich Railroad Consortium if it was removed. 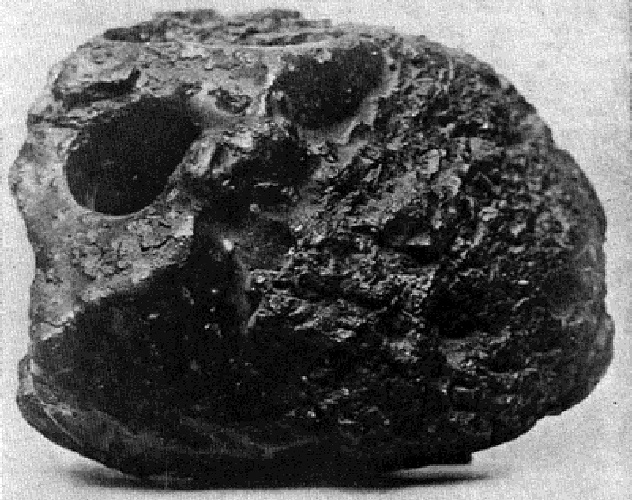 The “coal torpedo” was a bomb encased in cast iron to disguise it as a lump of coal. It was covertly placed in a steamship’s coal supply, where it was tossed into the boiler along with the real coal. The resulting explosion was enough to severely damage or even sink the ship.

It was invented by Thomas Edgeworth Courtenay, an Irish immigrant who sympathized with the Confederacy during the American Civil War. Courtenay eventually settled in St. Louis, but financial troubles sent him and his camouflaged bomb south to the Confederate government. The president of the Confederacy, Jefferson Davis, was enamored of his idea. He granted Courtenay a special “secret service corps” with the mission of planting his invention in Union steamships. The group went on to destroy an estimated 60 ships, one of which carried Union Admiral David Porter.

Later, coal torpedoes were used by the Nazis, several of whom were caught carrying coal-shaped plastic explosives in New York. They had likely been on their way to add them to the coal supplies of US factories. Since the Germans were already using coal bombs, the SOE—Britain’s World War II clandestine agency—designed yet another method for destroying enemy boilers. They skinned dead rats and filled them with plastic explosives. Much like the coal torpedo, the rat bombs were to be covertly placed in a German train’s coal supply and shoveled into the boiler. Fortunately for German rail personnel, the first shipment was discovered, and the rat bombs never saw implementation. 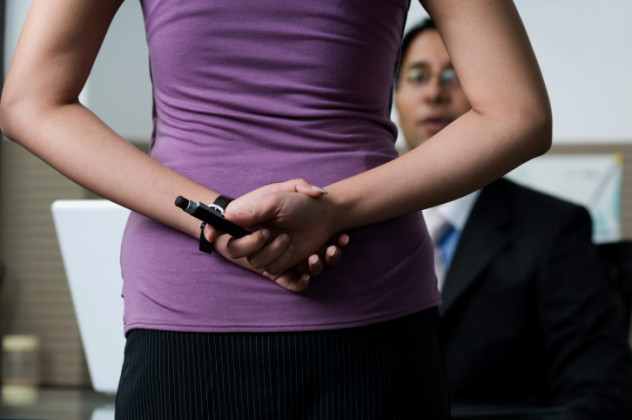 The earliest pen guns first appeared around the 1920s and have been carried by spies ever since. The “Stinger” was the pen gun model of the OSS, the precursor to the CIA. Like many generations of pen guns, it was designed for close range use and fired a small .22 caliber round. It was single-shot weapon that couldn’t be reloaded. Since the Stinger had to be cocked with a trigger mechanism, it also couldn’t be fired instantly, so OSS training manuals recommended that it be used from concealed locations.

The OSS’s Stinger shouldn’t be confused with the more modern pen guns that have adopted its name. These new models of Stingers were first produced in the 1990s, though they were reloadable and had to be folded into semi-handgun shape to fire. This categorized them as handguns by the ATF, which allowed them to be purchased without the mountain of legal documents required to own a true pen gun. 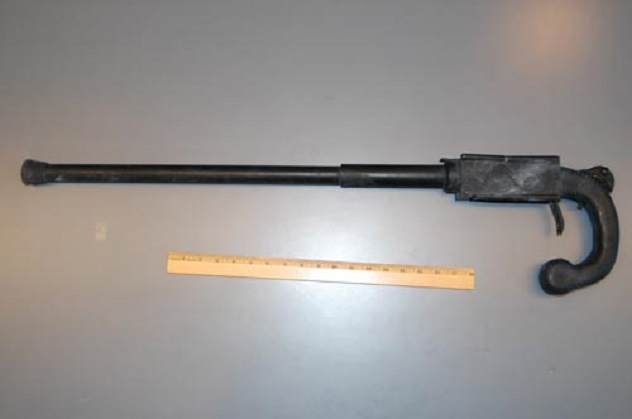 Cane guns were invented in Britain in the early 1800s, and interestingly, they were thought of as rather mundane items. They were first marketed to farmers as a quick way deal with pests and occasionally to poachers who didn’t want to be caught with an obvious weapon. Only later did American gun manufacturers see their obvious potential as concealed weapons. With concealed weapons laws varying by state, they were integrated into a larger trend of gadget canes that concealed anything from flasks to microscopes.

Because of their obvious covert potential, cane guns were picked up by modern intelligence organizations, particularly the KGB. In 1986, a soviet spy was arrested and found to have a more sophisticated model of cane gun, which was entered into evidence against him and the mole he had planted in the US Navy at their trial. 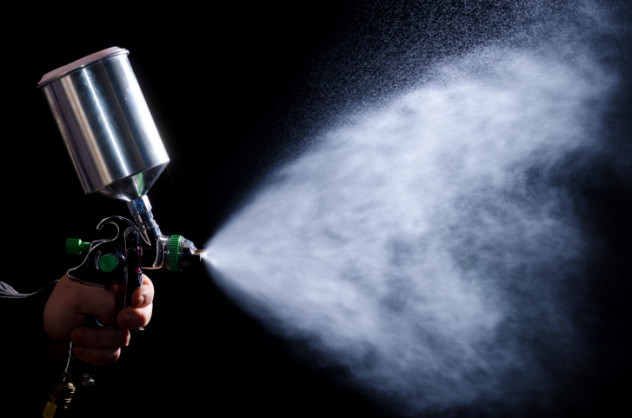 The cyanide gun was used as an assassination weapon by the KGB. Unlike the famous umbrella assassination of Georgi Ivanov Markov, who was injected with a pellet containing cyanide, the cyanide gun sprayed the atomized poison at the victim. Because the poison was delivered at relatively close range in aerosol form, the assassin themselves had to take a pill to counteract their own weapon.

The cyanide gun induced symptoms almost identical to a heart attack and left no visible marks on the body. It was confirmed to have been used in at least two assassinations carried out by KGB agent Bohdan Stashynsky, those of a Ukranian political writer and a Ukrainian politician. Stashynsky’s method involved keeping the gun wrapped in a newspaper while he stalked his victims. When the moment presented itself, he simply walked up and fired the weapon in their faces. Both were dead within a minute. Stashynsky later defected from the KGB and now lives in an undisclosed location.

Caccolube was another invention of the OSS, a gritty mixture that spies and saboteurs used to destroy enemy engines. The genius was in its simplicity. Caccolube came in unassuming boxes of five condoms, and the mixture itself was non-explosive, meaning operatives could handle it without any danger. Being simple powder, it could also be disposed of relatively easily if an agent’s cover was about to be compromised.

OSS training videos, as seen above, showed operatives exactly how to quickly slip Caccolube into the engines of several enemy vehicles. Once in place, the oil ate away the rubber condom, then it carried the mixture throughout the engine. After traveling just a short distance, Caccolube would completely destroy the engine’s moving parts. Enemy vehicles were left stranded, forcing them to either be abandoned or towed back to base. Either way, it was one fewer vehicle in combat, and the cost of either repairing the engine or losing the vehicle was a financial blow to the enemy’s war machine.

Caccolube was similar to another weapon dropped into enemy gas tanks, the “Firefly,” which was essentially a time bomb that would destroy the engine. The results were similar to those of Caccolube, if not more dramatic.

From Russia With Love Trailer

Ian Fleming, author of the James Bond franchise, had a well-known friendship with former CIA director Allen Dulles. When Dulles met Fleming on a trip to the UK, the author suggested that the CIA wasn’t making enough progress with spy gadgetry. Impressed by his vision, Dulles began urging his research and development department to copy the gadgets used by Fleming’s fictional spy.

The meeting led to the creation of real Bond-like devices, such as the shoe dagger featured in From Russia With Love and the homing device from Goldfinger. While it’s not known just how much use real spies got out of the pedalian weaponry, the friendship served to improve the CIA’s image. Fleming’s works were the public’s only exposure to the CIA, and Dulles convinced the author to paint his organization in a kind light. Of course, their friendship also made the CIA a laughingstock in Russia, who mocked the agency in their newspapers for relying on a British author for ideas.

The Welrod Mk II was a gun designed by the British SOE purely for assassination. It was a tube made of simple parts that, without the magazine, could be disassembled to look like nothing more than a bicycle pump. The parts themselves had no identifying markings, making the Welrod so untraceable that, even today, only its creators know for certain where the guns were manufactured. The British Small Arms company claims to have made them, but since the information has never been declassified, the Welrod was and remains a ghost gun.

The Welrod was a machine of deadly economy. It was essentially a silencer with an eight-shot rubber-coated magazine serving as a handle. With the bolt-action firing mechanism located behind the barrel, the gun’s shape itself aided in suppressing the noise of a shot’s escaping gases. The gun could also fire off a quick second round if needed, but it wasn’t likely to be necessary, since the the silencer was built expressly to come in contact with the human body. The nose cap was hollow to decrease backlash when fired against the target. It was the ultimate assassination gun—almost. 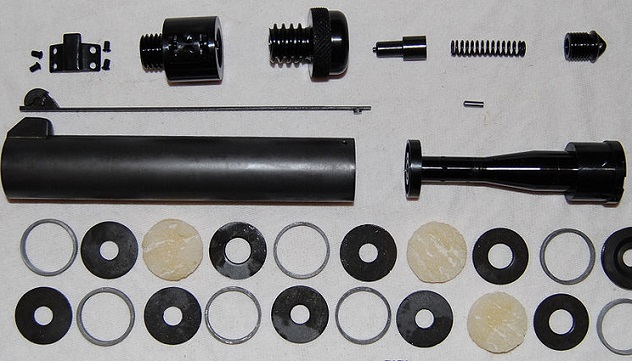 The Sleeve Gun was also created by the British SOE as a ready and deadly assassination tool. It was similar to the Welrod in that it was a silencer that fired a .32 caliber bullet. The Sleeve Gun, however, was a single-shot weapon with no handle that hung from a specially designed holster in an operative’s sleeve.

Despite having more powerful ammunition than the Stinger pen gun, the Mk I Sleeve Gun also had to be cocked. The Mk II model, however, remedied this. It was improved to be fired by a just small trigger on the tube. While it could be fired from up to 2.7 meters (9 ft) away, the Sleeve Gun was designed to be used by pressing the barrel against the victim. Cold-blooded and concealed, it was the ultimate spy weapon—unless, of course, you preferred poison.

On his way to assassinate an enemy activist, a North Korean spy was apprehended and found to be carrying a number of covert weapons, two of which were shaped like pens. One delivered poison through a needle in the tip and was almost indistinguishable from a regular pen. The other was made to shoot a poison-filled bullet. The operative also possessed a gun disguised as a flashlight, which authorities tested and determined to be deadly accurate. While South Korean authorities said that the flashlight was a new find, they were already familiar with the pens.

The assassin’s target, Park Sang-hak, had been sending anti-Pyongyang propaganda leaflets over the North Korean border in balloons. The regime was enraged and threatened military retaliation, which came at the hands of an assassin known only as Ahn. After being convicted by a South Korean court, Ahn was given four years in prison—quite a light sentence for clear intent to murder with poison stationary.

Nathan keeps a Japan blog, where he writes about the sights, expat life, and finds Japanese culture in everyday items. You can also find him on Facebook and Twitter.