When we think of Ancient civilizations we think of togas, chariots and gladiators. What we don’t think about is flame-throwers, eye surgery and other inventions we take for granted. This is a list of things that the ancients had that you think are modern inventions. 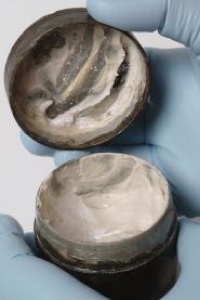 Roman women would put metal compounds on their faces in order to enhance their color. Tin-Oxide or Lead-Oxide was used as a paling agent, Arsenic (Though they knew it was poisonous) as a rouge or blush, and charcoal was used as eyeliner. Romans also were the first to use a pocket mirror. 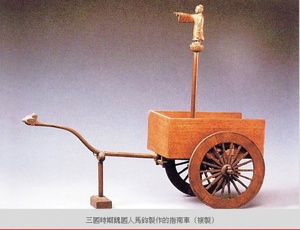 Although first used effectively by the Greeks in their measurements between cities, the Romans employed a very simple cart odometer that had 4-foot wheels. Each time the wheel completely turned, a pin would engage a cogwheel one notch out of its 400 teeth. Each time said cogwheel turned, the cart traveled one Roman Mile. (Approx 1400 Meters).

The Ancient Byzantines first used flame-throwers as a naval device, usually to set alight the rigging and sails of an enemy vessel. Although handheld devices were cumbersome and dangerous, naval ones were much more efficient. Working on a simple siphon pump concept, they would be pumped, and the action would pull flammable liquid out of a reservoir tank, forcing it past an open flame, igniting the spray in a lethal barrage of a panic inducing inferno. 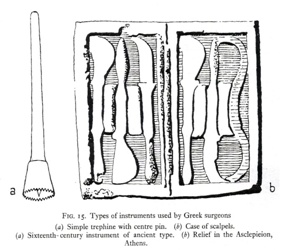 There is much archeological and historical evidence to support the use of complex medications and medical procedures within the ancient world. Honey was used as a topical antiseptic, Honeysuckle often for spleen problems, horsehair for stitches, fine needles for cataract corrective surgery and maggots for wound cleaning (as they eat dead tissue). Most medical procedures used today haven’t changed significantly in several thousand years. Boils are still lanced, drained, cleaned and closed, bones are still set, and teeth are still pulled, although pain medication has come a long way. 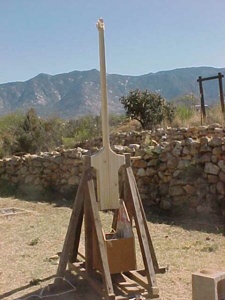 With the increase in medical knowledge through the ages, there has also been a markedly increased reverse engineering of the same knowledge to produce biologically based warfare tactics. In medieval times, besieging armies would hurl rotting carcasses into a city with catapults and trebuchet. Farther ago, there is evidence that plagued prisoners were thrown into rivers and streams leading to a city, poisoning it’s water supply and demoralizing the defending forces. 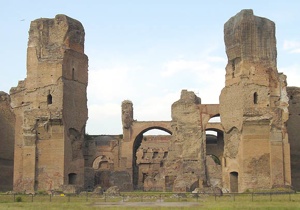 The Baths of Caracalla were one of the largest bathing complexes built in ancient Rome. The baths boasted both heated and cooled rooms, heated and cooled baths, a gymnasium for sports and a “hat check room” where garments and personal effects were held under guard by a slave. An ingenious network of under-floor rooms and tunnels, coupled with heating furnaces arrayed around the lot, created the marvelous thermal differences used by the patrons. 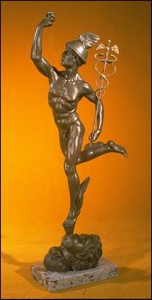 Ancient postal systems were normally used either for official business conducted by the government or by the military. They were often the fastest form of information conductivity available. 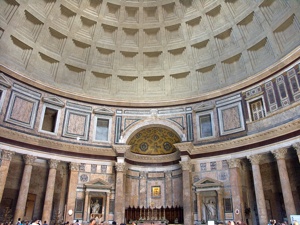 The Romans are credited with inventing ‘modern’ concrete as a building material. It was a completely revolutionary material at the time. It was lightweight, extremely strong, dried underwater and highly pliable when wet. The basic components of concrete haven’t changed in several thousand years and, in some ways, Roman concrete is superior to that which is used today. 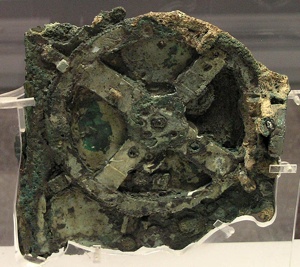 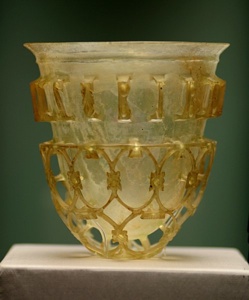 The earliest known use of glassware occurred in Ancient Mesopotamia. Its use was later copied and refined by several civilizations including, but not limited to, the Romans, Greeks and Egyptians.