Even though much that links us to their founding years is gone, cities that reach back to the earliest human civilizations retain an undeniable allure. These 10 examples include some of the oldest cities in history, and people still call each one of them home. 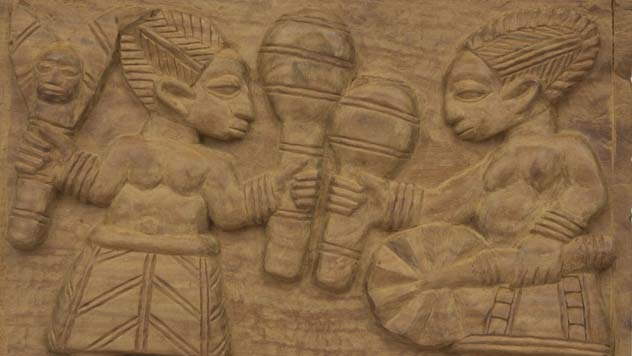 The Yoruba people consider Ife the mythical birthplace of mankind. Two of their deities are said to have created the first humans out of clay, with one of them becoming the first king of the Yoruba. By the 11th century, the city had become the capital of a kingdom, with its residents producing the region’s famed terra-cotta heads during the following two centuries.

Nearly destroyed as a result of a late 18th-century war, as well as by decades of trauma related to the slave trade, Ife is now home to one of Nigeria’s major universities, as well as the Historical Society of Nigeria. In addition, the spiritual leader of the Yoruba people, known as the Ooni, lives in a palace in the center of the city. Ife now has over 600,000 residents. 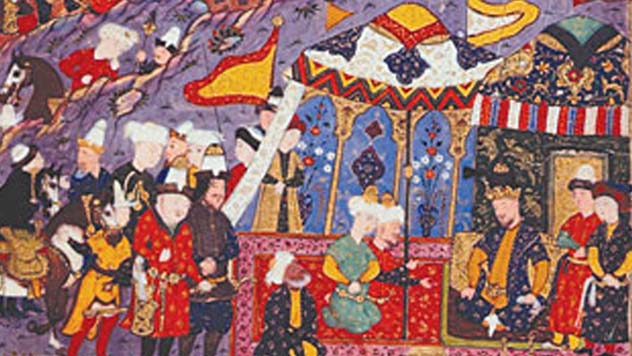 Known as Bactra in its pre-Afghan days, the city of Balkh was the capital of the Greek territory of Bactria after its capture by Alexander the Great. After several invaders conquered the city, it eventually became the capital of Khorasan, a political entity created by the Sasanian Empire of Iran. It was under their rule that Balkh became famous as a center of learning, earning itself the title “mother of cities.” In addition, the Zoroastrian religion is said to have been founded there.

Most of the city was destroyed during an invasion by Genghis Khan in the 13th century. It lay in ruins until the early 15th century, and the city is more of a village today, with a population of only a few thousand. But a handful of the original buildings have survived, including a number of ancient Buddhist reliquary mounds and the outer walls of the city. 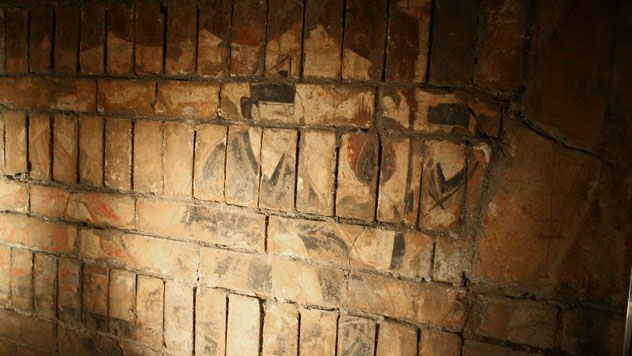 One of the eight Great Ancient Capitals of China, Luoyang was founded in the middle of the 11th century, at the start of the Zhou Dynasty. In fact, nine different dynasties, stretching over centuries, have used Luoyang as their capital. Unfortunately, the city underwent a great economic depression that lasted from a revolution in the eighth century up until the middle of the 1900s. Assistance from the USSR and industrialization brought Luoyang back from the dead.

One of the greatest architectural and spiritual treasures in the city is the White Horse Temple, the “cradle of Buddhism in China.” Built during the first century A.D., it was the first of up to 1,300 different temples, as Luoyang became the spiritual center for Buddhism in China. In addition, the city is home to the Longmen Grottoes, a series of Buddhist caves that is a UNESCO heritage site and one of the masterpieces of Chinese Buddhist art. 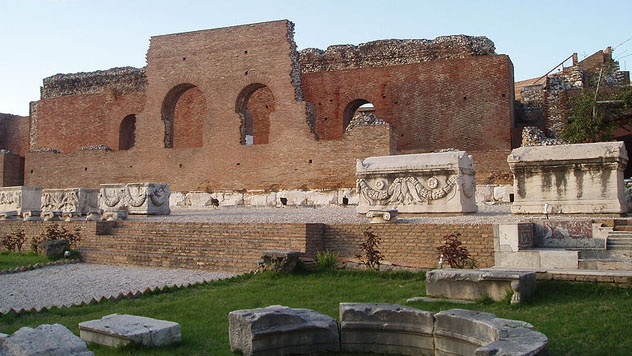 While evidence says people lived in the area as far back as the third millennium B.C., Patras as an actual city didn’t begin until about 1,000 years later. Three small settlements existed in the area and remained there for hundreds of years, until the Achaeans, and the eponymous Patreus, combined them into one large city and named it Patras. Relatively insignificant for much of its early existence, the city later became a major part of the founding of the second Achaean League, a confederation of various Greek city-states.

Thanks to its location by the sea, Patras played a huge role in Greek trade, even up to modern times. Unfortunately, very few buildings have survived from its early history, with the oldest surviving example being the Patras Roman Odeum, a small theater built by the Romans sometime in the early second century. There is also a prehistoric acropolis, known as the Wall of Dymaeans, dating back to the 14th century B.C. It is said to have been built by Heracles himself. 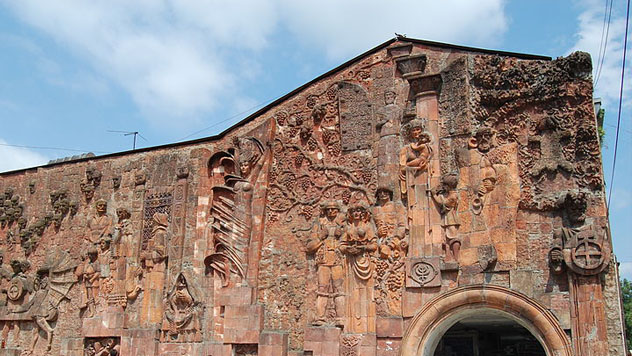 Among the oldest and largest cities in the nation of Georgia, Kutaisi was the capital of multiple ancient kingdoms, most notably Colchis from the sixth to first century B.C. That kingdom is perhaps best known for being the final destination of Jason and his Argonauts during their quest for the Golden Fleece. Afterward, the city and the area around it suffered numerous invasions, including by the Mongolians and the Ottomans.

In the 12th century, during the reign of David IV, Kutaisi became the capital of the United Kingdom of Georgia and underwent a period of construction unrivaled in its history. This time saw the construction of the Gelati Monastery, one of the most famous buildings in the city and a great example of medieval Georgian architecture. Remarkably well preserved, it is one of Georgia’s UNESCO heritage sites. 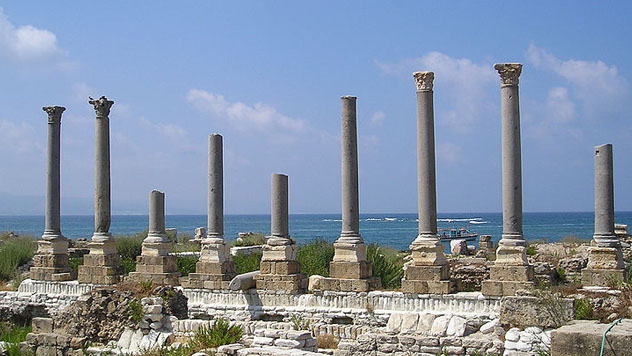 An ancient Phoenician port city, with a large number of mythical occurrences to its name, Tyre has seen its fair share of historical action as well. Extremely prosperous thanks to its ideal location, the city was besieged by the Babylonian king Nebuchadnezzar, who unsuccessfully tried to conquer it over the course of 13 years. However, Tyre did fall to the army assembled by Alexander the Great, which resulted in most of the buildings being razed to the ground.

It was here (or perhaps nearby Sidon) that people were first able to create dye with a purple pigment, leading the Greeks to call them Phoinikes, which means “purple people” and is where we get the name “Phoenician.” One of the most important Phoenician cities, Tyre used to be an island, but Alexander the Great used demolished buildings to create a causeway linking it to the mainland. Now known as Sour in the country of Lebanon, the city is home to many significant ancient Roman sites, including the second-century hippodrome, one of the largest existing in the world. 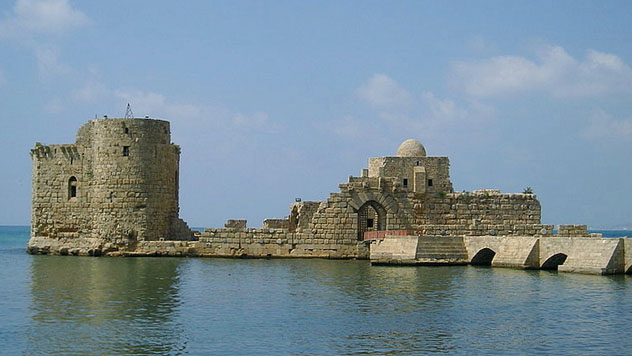 Derived from the Greek word for “fishery,” Sidon was an ancient Phoenician port city and is famous for its fishing and trade industries, as well as its glass manufacturing—the Greek author Homer had a lot of praise for the people of Sidon when it came to that specific fact. Like its sister city Tyre, Sidon was captured by Alexander the Great, yet it was spared complete destruction because it surrendered without a fight.

Commanded by multiple kingdoms, Sidon flourished under Ottoman rule, though it has been ravaged and rebuilt multiple times. One of the oldest pieces of architecture in the city is the Temple of Eshmun, dedicated to the Phoenician god of healing and dating back to the seventh century B.C. 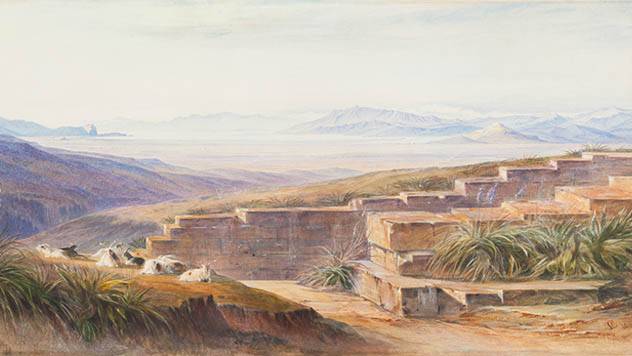 Perhaps the oldest city in Europe, Argos was originally a Greek city-state. Thanks to its bountiful natural resources in the fertile lowlands known as the Plain of Argos, the city rose to prominence during the Mycenaean period at the end of the second millennium B.C. In fact, until Sparta’s rise, Argos was the dominant city-state of the region.

Unlike many of its Greek partners, Argos flourished under Roman and Byzantine rule, as evidenced by the monumental civic works undertaken during these eras. The city and surrounding area played a huge role in Greek mythology, with the heroes Perseus, Diomedes, and Agamemnon believed to have been born there.

The present city of Argos is built over much of the ancient city, with very little architecture remaining from its early years. The ruins of the Heraion of Argos, a temple dedicated to the Greek goddess Hera, form probably the oldest existing structure in the area, dating back to the seventh century B.C. 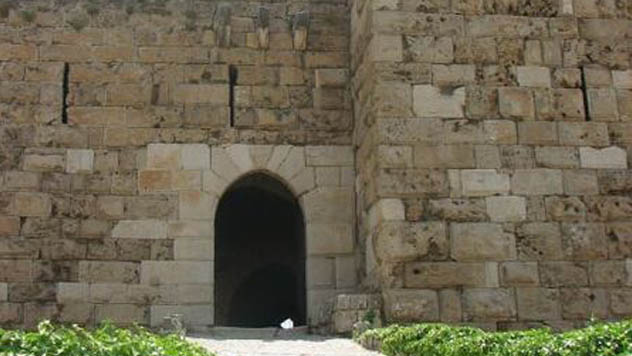 The oldest existing Phoenician city, Byblos was home to much scientific and technological advancement during its existence. Historians credited it as the place where the Phoenician alphabet was conceived, and the city’s name derives from the Greek word for “paper,” a major export. Byblos was burned to the ground near the end of the third millennium B.C. by invading Amorites, yet traces of that period still exist.

Originally, Byblos was an Egyptian protectorate, supplying crucial timber and other goods in exchange for protection. By the 11th century B.C., it was independent and became Phoenician territory. It remained relatively important for much of its existence, first losing its importance as capital of Phoenicia to Tyre and then fading to obscurity just after the Crusades. The present-day city of Jbail, Lebanon is partially built on the ruins of much of Byblos, with the remaining ruins being designated a UNESCO heritage site. 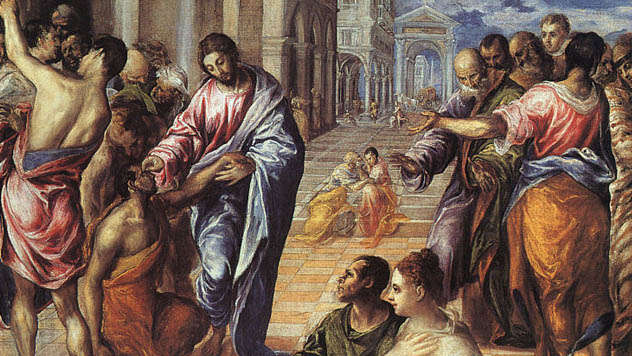 Perhaps the oldest (and currently the lowest by altitude) city in the history of humanity, Jericho is located in the West Bank, just past the northern half of the Dead Sea. Thanks to a spring that supplies the area with extremely fertile soil, Jericho made a great place for early hunter-gatherers to settle down and begin domesticating animals. After about 2,000 years of loosely being considered a city, Jericho’s first walls were erected, forming the earliest known example of urban fortifications.

Known as Tell es-Sultan in its early days, Jericho flourished for many years before being completely destroyed by nomadic tribes toward the end of the second millennium B.C. Fire destroyed it again a few hundred years later. The modern city of Jericho comprises part of this ancient area, as well as space that used to be out of Tell es-Sultan’s city limits. Jericho was also said to be home to many spiritual events from Judaism and Christianity.