Propaganda, if used correctly, can be a very powerful tool for swaying people’s hearts and minds. However, as we’ve pointed out before, shoddy propaganda can explode right in the perpetrators’ faces. 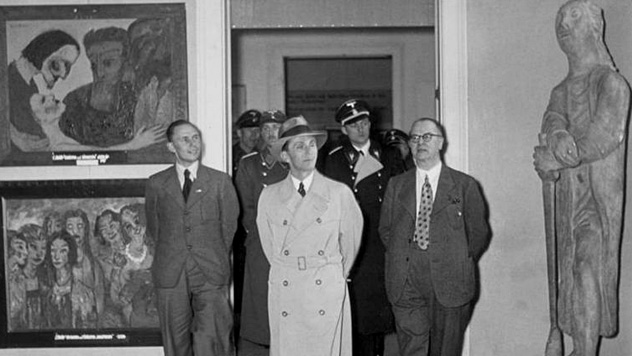 Perhaps this was Hitler’s way of getting back at those who rejected him in art school. After the Nazis came to power during the 1930s, they tried to erase everything they perceived as detrimental to Aryan culture. They heavily censored and persecuted artists whose works they judged as degenerate. 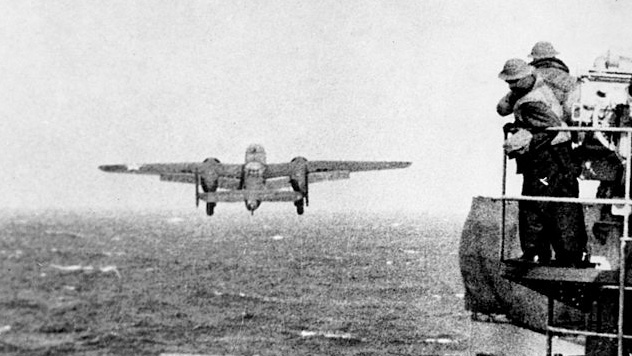 The famous April 1942 air raid led by Col. James Doolittle into the heart of the Japanese Empire was a resounding psychological victory for the Americans. Aside from shattering the Japanese myth of invincibility and forcing the Japanese to divert precious fighter planes to guard their islands, it also raised the spirits of the Americans and their allies—except for the Chinese, that is.

Generalissimo Chiang Kai-shek, the leader of the Nationalist Chinese forces and also purportedly the target of assassination by his own allies, opposed the American plan because bombers landed in Chinese fields. Such a move, reasoned Kai-shek, would surely invite a fierce Japanese reprisal.

Chiang’s ominous prediction proved to be true. In the raid’s fallout, the humiliated Japanese spent months combing their territories in China for the American airmen. In their wake, they brutalized and destroyed entire villages suspected of aiding the Americans. Their media also portrayed the raid as proof that the Americans were savages willing to bomb innocent civilians. By the time the Japanese stopped their rampage, over 250,000 Chinese had died. 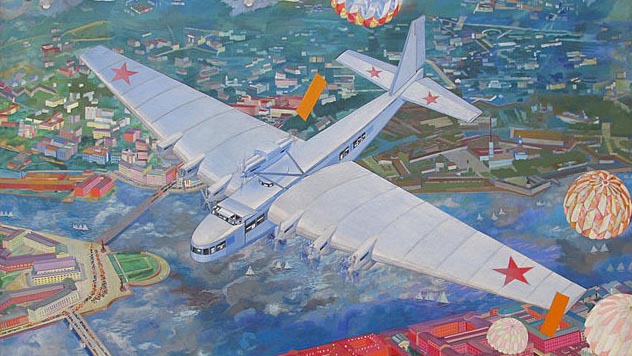 With a wingspan almost as large as that of a Boeing 747, the Tupolev ANT-20, built in the 1930s by the Soviets, was one of the biggest planes in history. Named after Russian writer Maxim Gorky, the plane was designed to disseminate propaganda through powerful radios and film projectors—an objective it never did accomplish thanks to an untimely accident in May 1935.

During an air show meant to showcase Soviet aviation prowess, the massive plane engaged in aerial stunts with three smaller aircraft. During the third run, one of the smaller planes (manned by pilot Nikolai Blagin) collided with the Tupolev ANT-20 and caused it to crash into a residential area. A total of 45 people (including the two pilots and their passengers) died that day.

In an effort to cover up this embarrassing debacle, Soviet authorities initially stated that it was all part of the show. Later on, they blamed Blagin himself, even forging his diary and presenting it as proof that he was an anti-communist terrorist out to discredit them. Although the Soviets reproduced a smaller version of the Tupolev ANT-20, they never again attempted to build the original plane. 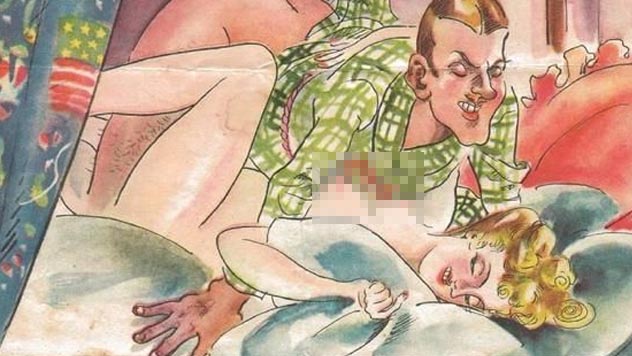 Sex is a powerful tool; that’s why advertisers use it all the time to sell their products. The concept wasn’t lost on the Axis Powers, who attempted to curb the Allied soldiers’ fighting spirit by regularly bombarding them with leaflets of attractive women and comic pornography.

The Axis hoped that constantly looking at the smut would diminish the soldiers’ aggression and dampen their will to fight. Unfortunately for them, the leaflets had the total opposite effect. Instead of demoralizing the men, these leaflets rapidly became sought-after commodities, with soldiers collecting and trading them like baseball cards. 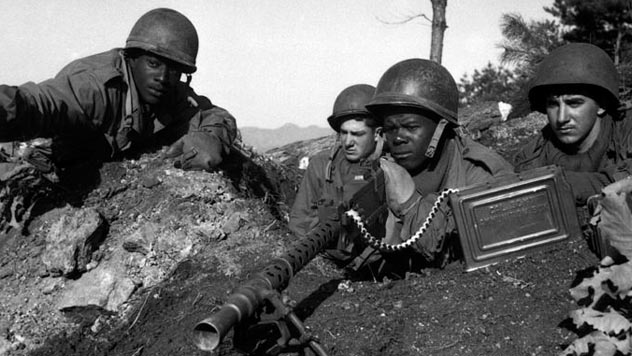 One of the deadliest examples of propaganda backfiring came in the Korean War, specifically in the late months of 1950. Promises of coming home by Christmas spurred UN forces to discard vital equipment such as helmets, ammo, and even rations.

We can hardly blame the forces for their promises. During that time, they had already captured the North Korean capital and were on the verge of securing the entire peninsula. The idea of ending the war and returning to their families seemed not just attractive but extremely plausible. They didn’t expect hundreds of thousands of Chinese soldiers to successfully cross the border and stage a counterattack.

General Douglas MacArthur, Commander-in-Chief of the United Nations Command, believed that the Chinese would not interfere and kept on with his “Home by Christmas Offensive.” That crucial mistake left UN troops ill prepared against the initial Chinese onslaught. The communists retook Pyongyang and drove UN forces all way back to the 38th Parallel, marking the start of a “whole new war.” 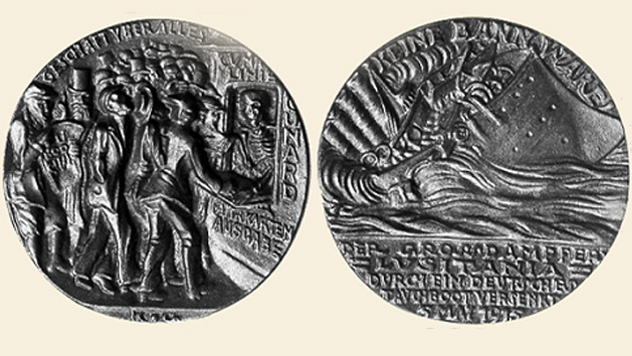 Though we know today that the ill-fated RMS Lusitania—the British liner sunk by a German U-boat in World War I—carried armaments onboard, it was still pretty poor taste for a German artist to celebrate the sinking.

Karl Goetz, like the majority of his countrymen, believed that the Lusitania was a legitimate military target and created medallions that depicted the ship sinking from the enormous amounts of weapons aboard. He intended to mock the Allied obsession with putting business before people’s safety. However, British propagandists publicized the medallions as though they were official German medals callously celebrating British suffering.

It didn’t help one bit that Goetz mistakenly carved a date two days before the actual sinking. This implied that the Germans, contrary to their claims, had planned the attack in advance. In just a short span of time, the British shipped thousands of medallions to the US, turning public opinion against the Germans.

In the buildup to the First Gulf War, Saddam and some Iraqi officials, hoping to improve their public image, staged a live press conference with a detained British family. One of the family’s boys, young Stuart Lockwood, hindered Saddam’s cause. He repeatedly refused to sit on the dictator’s lap and defiantly crossed his arms during the interview.

For viewers across the world, the sight of the dictator trying to coax the little boy was sinister and disturbing, rather than reassuring. Aside from that, Saddam also committed another faux pas when he told the hostages that they were merely “guests” brought there to ensure peace. Far from concluding that the dictator had honorable intentions, viewers interpreted this to mean Saddam was willing to use human shields. 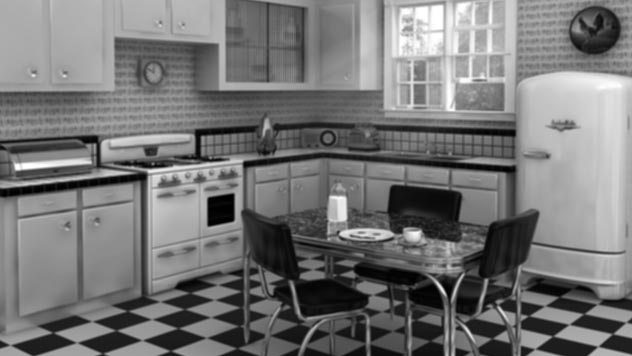 In 1950, Soviet authorities played the propaganda film Rusky Vaprosk in several theaters across the country, hoping to discredit American journalism and foreign policies. However, according to American observers inside the theaters, the film did not achieve its objective at all. On the contrary, it showcased the prosperous American way of life.

The viewers reportedly paid little heed to the plot of the film, in which an American journalist faced losing his job and wife for writing pro-Soviet pieces. They instead focused on the kitchen appliances like the electric fridge and stove. Russians who watched the film admired the beautiful American homes, heaping praises on even buildings Americans consider “extremely poor housing.” Seeing the rows of shirts and trousers hung on the clotheslines, the Russians also expressed amazement that Americans owned such extensive wardrobes.

Due to its unintended effects, the film was eventually cut off by authorities in Moscow a mere two weeks after its premiere.

2The Girl Who Turned North Korean Propaganda On Its Head

North Korean propagandists must have thought that Lim Su-kyung was a godsend when she came to Pyongyang in 1989 for the North-sanctioned Festival Of Youth and Students. Although the South Korean government imposed laws forbidding its citizens to go north without permission, Lim traveled there anyway and became an obedient tool for the North during her stay.

But Lim also unwittingly broke the stereotypes North Koreans had about the South. Thanks to decades of indoctrination, the North Korean public had been led to believe that the South was a desolate wasteland where people lost hope and frequently starved to death. Lim Su-kyung, a pretty and well-dressed young woman bursting with enthusiasm, didn’t look like she came from that hellhole.

When the woman returned home, she only served half of a five-year sentence. This news traveled north, shattering North Korean notions of the South as a brutal regime that eliminated dissidents. They were even more shocked to find out that Kim’s family never spent a single day in prison and were free to talk to the media.

The inadvertent exposé of the regime’s flaws, coupled with a severe famine, led to a gradual increase of North Korean defectors in the 1990s. 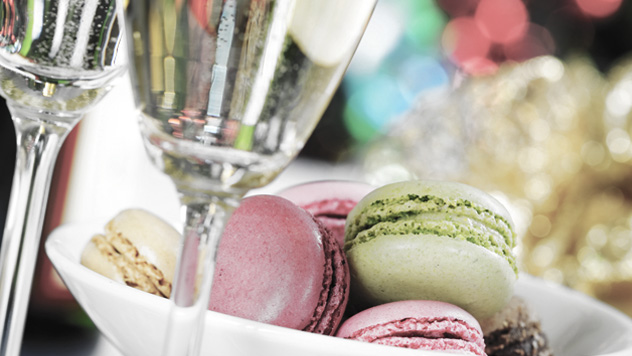 William Joyce, a British fascist and propaganda broadcaster, was popularly known as “Lord Haw Haw,” but the man had a female counterpart in American Jane Anderson. A journalist from Atlanta, Anderson transferred to Germany, where she broadcasted Nazi propaganda to the US. Far from being effective, this Lady Haw Haw would be best known for committing a gigantic propaganda mistake in March 1942.

In a bid to dispel the American view that Germany was suffering a food shortage, Anderson told her overseas audience that she recently wined and dined heartily inside a German restaurant, eating plates of cookies and sweets and drinking huge goblets of champagne and cognac.

American propagandists translated Anderson’s message into German and transmitted it right back into Germany, which was indeed feeling the pinch of a steadily decreasing food supply. Germans heard the shamefully inaccurate description of their situation, making their actual hardships more clear than ever.

Anderson did not appear again for another broadcast.