At the height of his fame, Michael Jackson was probably the most famous person in the world, beloved on every continent. Yet he left behind one of the most bizarre legacies of any man in history, from a being one of the best-selling artists of all time to child molestation charges, a horrible addiction to plastic surgery, and legendary tabloid headlines that blurred the lines between fantasy and reality.

10He Wanted To Be Spider-Man

All of us have fantasized about possessing superpowers, but for most of us, these are just idle daydreams. Michael Jackson was a little more serious about his obsession. In the late ’90s, he tried to purchase Marvel Comics, which had filed for bankruptcy. His dream was to produce a Spider-Man movie starring himself. Unfortunately for Michael, this venture failed, and the role of Spider-Man went to Tobey Maguire and film finally came together.

Jackson wasn’t done. When he heard of an upcoming X-Men movie, he lobbied hard to get the role of Professor X, the mutants’ chrome-domed paraplegic leader. Few roles might have been less appropriate for him. Veteran Star Trek actor Patrick Stewart eventually got the part.

9He Really Did Have Vitiligo 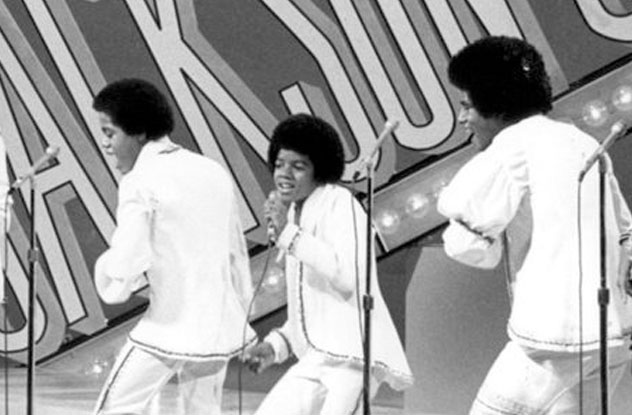 Throughout his youth, Michael Jackson had a medium-brown, African-American complexion, but in the 1980s, his skin lightened considerably. Questioned, Michael claimed that he had a condition called “vitiligo.” Years later, his autopsy report confirmed the claim.

Vitiligo is a vanishingly rare skin disorder that causes melanin-producing cells to malfunction and fail. The precise cause is unknown, but it is tied to the autoimmune system. Vitiligo does not operate in a uniform fashion. It manifests in splotches that tend to continually grow and change shape. Jackson bleached his skin with a cream called Porcelana, but we don’t know whether the bleaching was an attempt to even out the patches or whether the bleaching itself sparked the vitiligo.

8He Was Secretly Bald

Michael Jackson always appeared to have flawless hair. As a little boy, he had an afro, and as an adult, he grew flowing black locks. However, after 1984, he was forced to wear wigs.

While filming a Pepsi commercial simulated to look like a live concert, Michael caught on fire in a pyrotechnics accident. During the commercial’s sixth take, an explosion went off too early, setting Michael’s hair alight. For several moments, he continued dancing, not realizing what had happened.

Members of the cast and crew quickly swarmed him and extinguished the flames, but by then, the damage was done. He suffered second- and third-degree burns to his face and scalp. To compensate, he had his hairline permanently tattooed onto his forehead and wore a wig attached to hair that his autopsy called “sparse.” Footage of the incident remained under wraps for 25 years but was leaked by Us Weekly in 2009, a move strongly condemned by Pepsi. 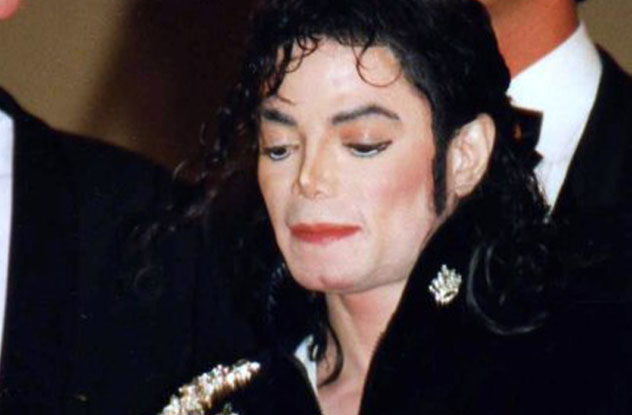 The Pepsi incident had far-reaching repercussions besides torching Michael’s hair. The grueling operations he endured afterward are said to have kicked off his addiction to painkillers and obsession with plastic surgery.

In Moonwalk, his 1988 autobiography, Michael admitted to two rhinoplasties (ostensibly to help him breathe better) and a dimple created in his chin. He gave a laundry list of causes for other differences in appearance—everything from puberty to a vegetarian diet to stage makeup and lighting—but he obviously went through an extensive number of procedures.

Doctors have suggested that Jackson suffered from body dysmorphic disorder. It is believed that he had surgery to enhance his cheekbones, alter his lips, and lift his forehead, in addition to his numerous nose jobs. It has been reported that his father Joe used to insult Michael as a child, calling him “big nose,” which may have sparked the problem.

By the late ’90s, the nose was little more than a stump. When the UK’s Daily Mirror ran a picture of Jackson in 1992, calling him “hideously disfigured,” he sued them. The paper settled out of court in 1998.

Does Bubbles the Chimp Miss Michael?

Jackson purchased Bubbles the chimpanzee as a baby from a primate research facility in Texas in the early 1980s. For years, the two were inseparable, Bubbles riding on Michael’s hip like an infant to various public appearances and events. The press had a field day with this relationship, often dreaming up weird tabloid stories about the ape as they had for his owner.

Bubbles ate at the dining room table with Jackson, slept in a crib, and learned to use the toilet. Michael even taught him to moonwalk. Some of Michael’s other chimps were markedly less well behaved, including Max, who would take off his dirty diaper before climbing into bed.

However, as Bubbles aged and went through puberty, he began to grow ever more strong and aggressive. Fearing his son might be attacked, Michael was forced to give Bubbles to a sanctuary.

In 2003, a bizarre story emerged that Bubbles attempted suicide and had to be rushed to the hospital. Today, Bubbles, is in his thirties and lives at the Center for Great Apes in Florida. According to his keepers, he spends his time painting, listening to flute music, and hanging out with his friend Sam, an older chimpanzee. 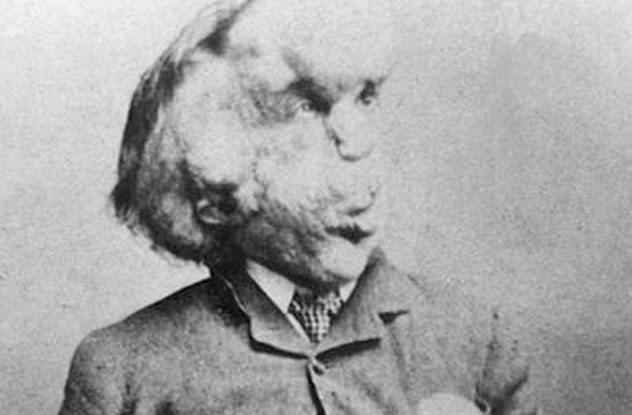 In the mid-1980s, around the same time as he began lightening his skin, Michael Jackson became a tabloid phenomenon. He grew to despise his reputation as “Wacko Jacko,” but this curse was largely of his own making.

One of the first sensational tales about Michael emerged in 1986, when it was announced that he was spending time in an oxygenated hyperbaric chamber to defy aging. It would later turn out that he himself had actually leaked this untrue story to the press.

Another story emerged that Michael had tried to buy the remains of “Elephant Man” Joseph Merrick. This, too, was a complete fabrication by Michael and his manager, Frank Dileo.

As a child star, Michael suffered hideous abuses at the hands of his father. He was routinely whipped and cursed at, and in an interview with Oprah Winfrey, he shed tears and claimed that he was so terrified of his father that he would often vomit upon seeing the man. This likely caused his adulthood childlike behavior and drew him to children such as Macauly Culkin, entertaining them at his Neverland Ranch.

Neverland is a sprawling 2,700-acre private amusement park with its own zoo, carnival rides, and two railroads. The ranch takes its name from Peter Pan‘s “Never Never Land,” where boys never grow up. It seemed at first that Michael was merely trying to recapture the childhood that he had never been able to enjoy. But darker allegations surfaced in 1993, when Evan Chandler accused him of molesting his 13-year-old-son Jordan. Michael’s insurance company settled out of court for a sum reported to be $15 million.

Later, Evan Chandler would emerge as something of an odd duck himself, becoming both a part-time screenwriter and a dentist. Carrie Fisher, in her book Shockaholic, claimed that Chandler would perform unnecessary dental procedures on her in the 1980s just so she could get morphine. She called him “this freak” and said he made her skin crawl.

After the settlement, Chandler claimed Michael Jackson fans were stalking him, and he underwent plastic surgery to disguise his appearance. In 2006, Evan reportedly attacked his son Jordan with a barbell and mace. In 2009, five months after Michael died, Evan Chandler committed suicide via gunshot to the head.

Jackson again faced child sexual abuse charges in December 2003. Police raided Neverland Ranch, and Michael left the property, never to come back, claiming that it no longer felt like home. A trial began on January 31, 2005, and Jordan Chandler left the country to avoid having to testify. He’d previously filed for emancipation from his parents, horrified by what they had forced him to say about Jackson. A jury found Michael not guilty of all charges on June 13, 2005.

In 2013, choreographer Wade Robson (who had testified in the 2005 trial that Michael had never touched him inappropriately) filed a suit against the Jackson estate, claiming that he had in fact been abused by Michael as a child. In May 2014, a hearing will review if the lawsuit is viable.

Certainly, Michael’s relationships with children were unorthodox, and allowing them to sleep in his bed was inappropriate, but a retrospective of all the evidence points to his innocence in ever sexually abusing a child. Dozens of kids who spent time with Jackson were questioned during the investigations, and all of them swore that he’d never done anything sexual in their presence. Asked to describe Michael’s penis, Jordan Chandler had asserted that the man was circumcised, a fact which was his autopsy revealed as false. Likely, several parties thought their relationships with Jackson were the ticket to a quick payday, a horrible fate for a man who was otherwise charitable and kind to a fault. 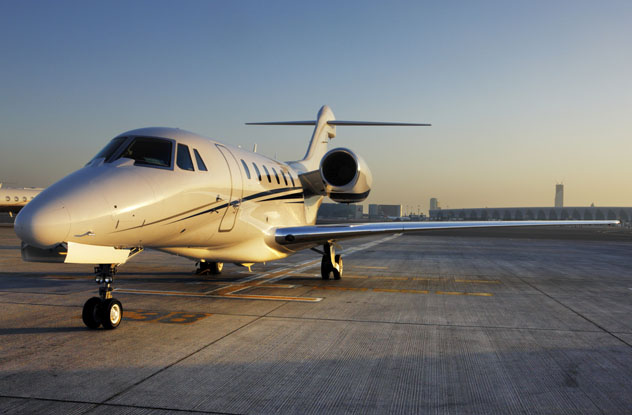 Your typical prison is populated with a motley crew of murderers, rapists, and drug dealers. These men have done unconscionable things, but even they retain some code of honor. Those serving time for victimizing children wear targets on their backs and are subjected to beatings and worse. Should Michael Jackson have been convicted and sent to prison, this danger, along with his fame, would have required him to be separated from the general population in virtual solitary confinement for the duration of his sentence.

However, Jackson’s family had no intention of allowing him to suffer the indignities of prison. When the 2005 trial wound down, Jermaine Jackson arranged to have a private jet on standby to take Michael to Bahrain. The tiny Middle-Eastern island nation has no extradition treaty with the US. According to Jermaine, Michael was not aware of the plan.

Michael Jackson was one of the best dancers of his or any generation. Though he did not invent the moonwalk, he certainly perfected it. However, even Michael wasn’t capable of defying gravity—in the music video for “Smooth Criminal,” he is seen standing at a 45-degree angle, far beyond any human’s capability.

This was accomplished by way of US Patent No. 5,255,452, granted to Michael and two partners for their “Method and Means for Creating Anti-Gravity Illusion.” This method was a pair of shoes, footwear with slot in the heels to hook onto retractable pegs in the floor. Michael patented the device not to generate income but to keep others from using the effect. Fortunately for imitators, the patent expired in 2005 after its owners missed a payment. 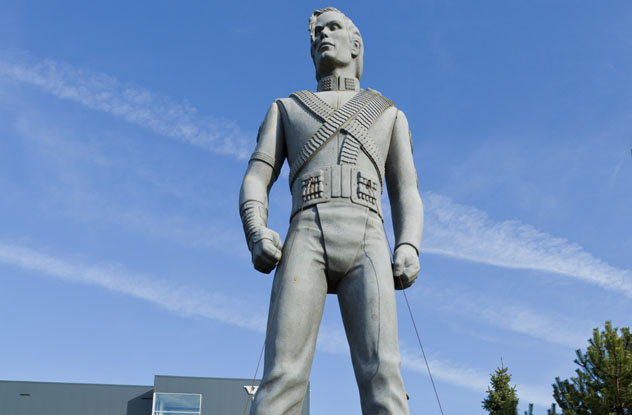 Before the ill-fated “This Is It” concert series, Michael Jackson had planned a massive Las Vegas comeback in 2005. This would be no bland, tired regurgitation of the classics—Michael had a grand vision which included solar-powered costumes that would change color with the stage lights. The show would be promoted by a massive, 15-meter (50 ft) tall robot version of Michael, which would roam through the Nevada desert within view of McCarran airport. When this did not prove feasible, another plan was hatched to build a Michael Jackson–themed hotel and casino, which would feature a laser-blasting android at the entrance.

Unfortunately, he was fresh off his child molestation trial, and his star had fallen considerably. Despite meeting with high-powered casino moguls like Steve Wynn, he failed to secure the necessary funding for this ambitious venture. The robot ended up a fantasy Michael took to his grave.