From time to time the unthinkable happens: children kill. Some decide to murder members of their own family in spite of their seemingly normal upbringing. Others do so because their upbringing was far from normal, often including beatings and abuse. Then there are misguided children who, from the sheer desire to kill, go on murder sprees ending the lives of purely innocent victims. Children are supposed to be innocent and pure; without malice, contempt, sinister anger, or desires to kill, yet every year many commit horrific crimes. Here are 10 of the Most Evil Children in History, with number one exclusively dedicated to one foul group. To be on this list, the murderers are all under 17 years old. 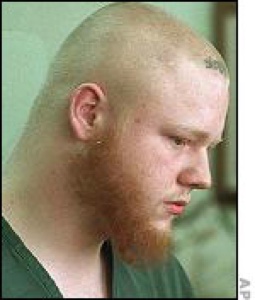 Bryan Freeman, 17, and David, 16, who had shaved and tattooed their heads as a symbol of their Neo-Nazi beliefs, were immediate suspects when their parents and younger brother were found bludgeoned to death in their Salisbury Township, PA, home. The boys had been terrorizing the family and, as a whole, the town. As the police told it, the triple murder uncovered in Salisbury Township, Pa., that week was every parent’s nightmare, the ghastly culmination of a long-running battle of wills between Brenda and Dennis Freeman and their loutish, hulking sons Bryan, 17, and David, 16.

Ed Kemper speaks about his murders

Joshua Phillips to be re-sentenced

In 1998, 14-year-old Joshua Phillips bludgeoned his 8-year-old neighbor to death and hid her body beneath his bed. Seven days later, his mother noticed something leaking from beneath the bed. Joshua claimed that’s he’d accidentally hit Maddie in the eye with his baseball bat causing her to scream. In his panic he dragged her to his home where he hit her again and then stabbed her 11 times. His story failed to convince a Florida jury, who convicted him of first-degree murder. His mother is still appealing his conviction based upon the fact that he was given an adult penalty for his crime.

Willie Bosket, born on December 9, 1962, is a convicted murderer, whose crimes, committed while he was still a minor, led to a change in New York state law, so that juveniles as young as 13 could be tried in adult court for murder and would face the same penalties. On March 19, 1978, Bosket, then 15, shot dead Noel Perez on the New York subway, during an attempt to steal some money and a watch. Eight days later, Bosket shot another man, Moises Perez (no relation to his first victim) in another botched robbery attempt. Bosket was tried and convicted of the murders in the New York City Family court, where he was sentenced to five years in prison (the maximum for a minor). The short length of Bosket’s sentence caused a public outcry, and led the New York State Legislature to pass the Juvenile Offender Act of 1978. Under this act, children as young as 13 years old could be tried in an adult court for crimes such as murder, and receive the same penalties as adults. New York was the first state to enact a law of this nature; many other legislatures have since followed suit. Bosket was eventually released from prison, but has subsequently been convicted of a number of other felonies, for which he has received a number of life sentences. He is currently in the New York prison system, in solitary confinement.

Mary Laurine (Laurie) Tackett was born on October 5, 1974 in Madison, Indiana. Her mother was a fundamentalist Pentecostal Christian and her father was a factory worker with two felony convictions and prison stints in the 1960s. Tackett claimed she was molested at least twice as a child, at ages five and twelve. On the morning of Saturday, January 11, 1992, Indiana resident Donn Foley and his brother Ralph decided to do some quail hunting in a nearby Jefferson County forest. Just one mile into their trip, as Donn turned onto Lemon Road, Ralph spotted a strange object just a few feet from the road in a barren soybean field. At once it appeared to them that it might be a body, but the form was so badly burned and scarred that it looked to them to be a doll. Upon closer investigation, it became painfully obvious that it was not a doll. Upon investigation, it turned out to be the body of Shanda Sharer who would later be found the victim of a jealous lesbian love triangle. Her body, prior to the murder, had been slashed and stabbed to death, eventually resulting from torching. Laurie Tackett was ultimately implicated along with Toni Lawrence and Hope Rippey.

On Monday, January 29, 1979, 16-year-old Brenda Ann Spencer used a rifle to wound eight children and one police officer at Cleveland Elementary School in San Diego, and to kill Principal Burton Wragg and custodian Mike Suchar. The school was across the street from her house. She used the rifle she had recently been given for Christmas by her father. When the six-hour incident ended and the teenager was asked why she had committed the crime, she shrugged and replied, “I don’t like Mondays. This livens up the day.” She also said: “I had no reason for it, and it was just a lot of fun. It was just like shooting ducks in a pond” and “[The children] looked like a herd of cows standing around; it was really easy pickings.” Her lack of remorse and inability to provide a serious explanation for her actions when captured inspired the song “I Don’t Like Mondays” by The Boomtown Rats, written by socialist musician Bob Geldof. Her quote “I don’t like Mondays” also appears written on a wall in the movie, The Breakfast Club. 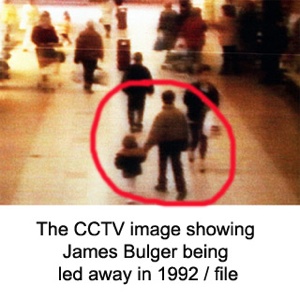 Jon Venables and Robert Thompson (both 10 years old) had been stealing things all day at the shopping center: candy, a troll doll, some batteries, a can of blue paint, and other incidentals. Why did they decide to abduct 2-year-old James Bulger? Was it a plot or a sudden, overwhelming compulsion? Once they had him, they didn’t know what to do with him. They could have easily discarded him, leaving him alone on the sidewalk by a shop where someone would discover the crying baby. But Jon and Robert, like children who would rather destroy their own possessions than give them to another, murdered the little boy. James’s parents would never see their baby alive again. The video cameras at the mall caught several images of James Bulger in the hands of his killers, frozen in time. He was to be taken on a long, aimless walk, cruelly tortured along the way. James was senselessly beaten to death by his 10-year-old captors, who callously abandoned him on the railroad tracks. 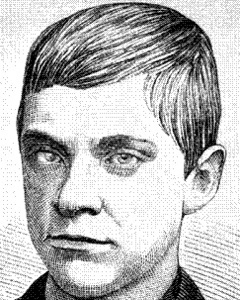 Jesse Pomeroy was 14 when he was arrested in 1874 for the horrific murder of a four-year-old boy. He was quickly labeled “The Boston Boy Fiend.” His horrible trek had begun three years earlier with the sexual torture of seven other boys. For those crimes, Pomeroy was sentenced to a children’s reform school but was released early. Not long after, he mutilated and killed a 10-year-old girl who came into his mother’s store. A month later, he kidnapped 4-year-old Horace Mullen, took him to a swamp outside town and slashed him so savagely with a knife that he nearly decapitated him. Because of his strange appearance (he had a milky white eye) and his previous abhorrent behavior, he was under suspicion. When he was shown the body and asked if he’d done it, he responded with a nonchalant, “I suppose I did.” Then the girl was found buried in his mother’s cellar and he confessed to that murder, as well. He was convicted and sentenced to death. Following a public outcry against condemning children to death, his sentence was commuted to 40 years of solitary confinement.

Who is Mary Bell?

Mary Bell was convicted of strangling a young boy, Martin Brown, on May 25, 1968, the day before her 11th birthday. She was, as far as anyone knows, alone on this occasion. On July 31, 1968, Mary and her friend (Norma Bell, no relation to Mary) took part in the death, again by strangulation, of three-year-old Brian Howe. Police reports concluded that Mary Bell had gone back after killing him to carve an “N” into his stomach with a razor, this was then changed using the same razor but with a different hand to an “M”. Mary Bell also used a pair of scissors to cut off bits of Brian Howe’s hair and part of his genitals. As the girls were so young and their testimonies contradicted each other, it has never been entirely clear precisely what happened. Martin Brown’s death was initially ruled an accident as there was no evidence of foul play. Eventually, his death was linked with Brian Howe’s killing and in August, the two girls were charged with two counts of manslaughter. Mary was released in 1980 with court ordered anonymity. In 2003, the courts awarded her and her daughter anonymity for life. 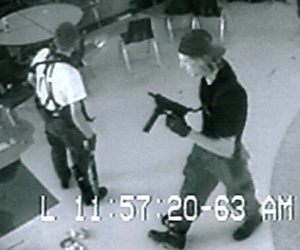 The rise of school shootings has been staggering over the past 20 years and they still leave many people ultimately wondering why? Most of the kids involved had been ridiculed one way or another by not only school mates, but also family members at home. These murderous children acquired large caliber weapons in most cases; though in others, knives, hand guns, or the like were brought in to their schools and use just as effectively. Teachers, faculty, and students loose their lives each and every time this happens. Here are just a few of the incidents: