We live in a world where new slang is created every day, so we often aren’t surprised by silly stories behind words like “ratchet” and “twerk.” There are, however, a number of common words that have entertainingly bizarre explanations behind them. 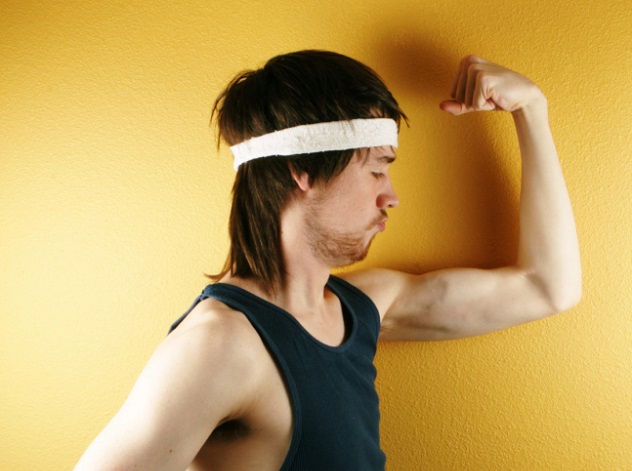 Almost everyone is familiar with the mullet, the “business in the front, party in the back” hairstyle that most people hoped would die with the career of Billy Ray Cyrus. What most people don’t know, though, is that our most common use of the word is actually the invention of The Beastie Boys.

Previously, “mullet” had been a 15th-century term for a type of fish with spiny fins, and the word is still used today to describe a fish whose head is large and flat. It wasn’t until The Beastie Boys released a song called “Mullet Head” that modern culture had a name for the hairstyle described in the lyrics as “Number one on the side and don’t touch the back / Number six on the top and don’t cut it wack.” We can add “masters of language” to the many contributions The Beastie Boys have made to society. 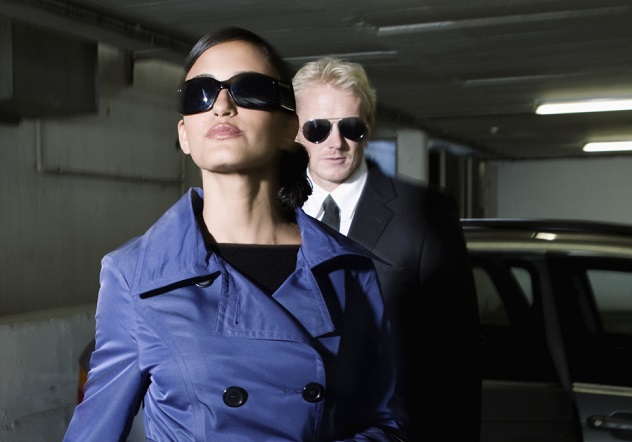 “Snob” is another word that has had something of a backward history. Everyone is familiar with the modern meaning, which is a person who believes they are too good to associate with certain groups or buy certain products. Long before you were decrying the beer snob in your group of friends, though, the original “snobs” were simply trying to get by.

The original meaning of “snob” was simply “shoemaker” or “apprentice shoemaker,” and it was used as slang by snooty Cambridge students in the early 18th century to describe non-students, much like modern students might call residents of their college town “townies.” By the 19th century, though, the intellectual ranks of Cambridge’s nobility were having to slum it up with the sons of wealthy merchants, and the term came to refer to these would-be social climbers. Eventually, it lost its classist connotation and became a word for anyone who acts superior regarding their position or tastes. 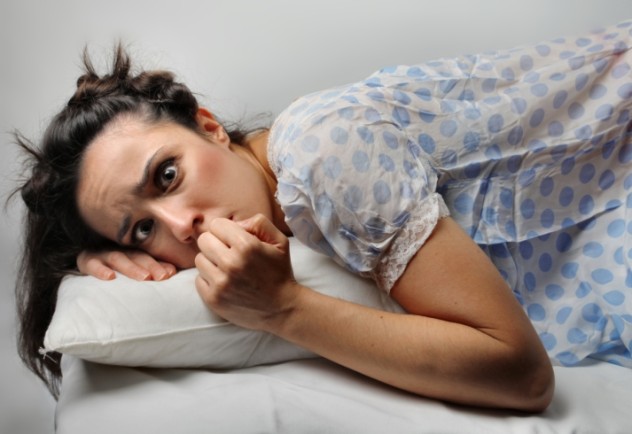 In a post-Freudian world, our view of nightmares is pretty tame. We think of them simply as a jumble of wacky images caused by random neurological misfires. While some, like Freud, might ascribe importance to those subconscious rumblings, we are still comforted with the knowledge that these bad dreams are far apart from the real world.

Of course, that wasn’t always the case. As early as the 13th century, the “mare” in “nightmare” referred to a goblin that was thought to come in the night and suffocate sleepers with evil thoughts. Three centuries later, the word no longer popularly referred to the goblin but to the suffocation itself. The word’s first known use as a reference to any unfortunate dreams wasn’t until 1829. Its first recorded use as a metaphor for any sufficiently distressing event or experience came two years later. 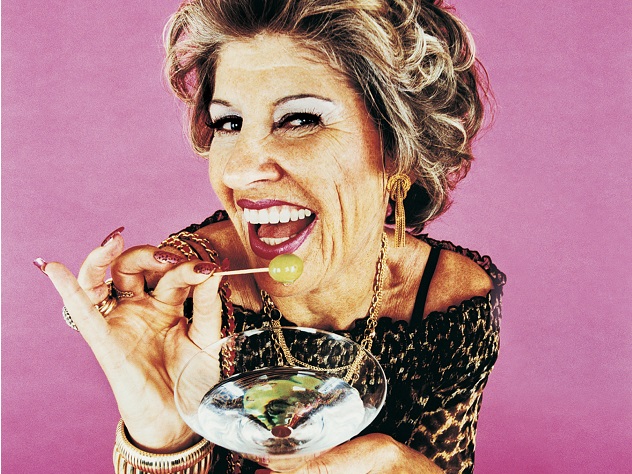 As a general rule, “tawdry” is a low word. After all, we use it to refer to gaudy clothing that seeks to look more important than it really is—essentially, the fashion of the modern snob on a budget who is putting on airs. However, this low word has high origins: a saint and the judgment of God.

St. Audrey was once the Queen of Northumbria, but she died in 679 from a tumor in her throat. She considered this to be a kind of karmic punishment for the many stylish necklaces she wore when she was younger, believing that God gave her the tumor to absolve her of her former frivolity. After she died, she was remembered by the sale of St. Audrey’s laces. These were eventually referred to simply as “tawdry laces” in the 16th century until “tawdry” became a description for anything overly ostentatious in the late 17th century. 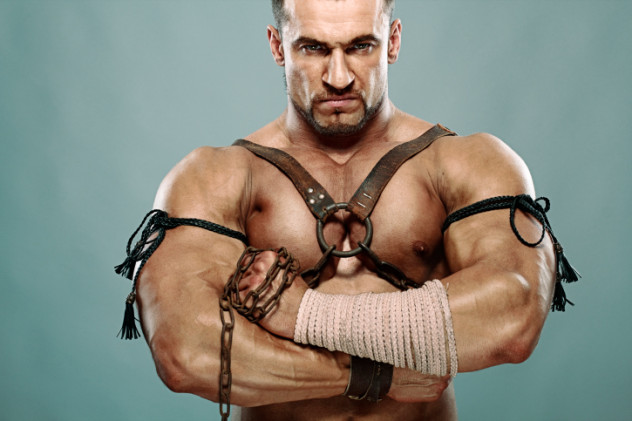 As a word, “barbarian” has a number of connotations, most of which are negative. Very few people wish to be considered uncivilized and “barbaric.” Some are positive, including connotations of strength that owe much to Arnold Schwarzenegger’s Conan the Barbarian movies. In all cases, though, it is used to refer to outsiders who don’t fit into the proper and civilized world. This goes all the way back to the origin of the word, which was coined just to make fun of foreigners.

The word can be traced back to the Greek barbarous, which specifically meant foreign, strange, and ignorant. The root word barbar came from the Greeks’ mocking interpretation of foreigners’ speech, which they claimed sounded like nothing more than “bar bar bar.” This basic meaning of “someone who doesn’t speak our language” remained intact until the early 17th century, when the word was first used to refer to someone “rude” and “wild.” 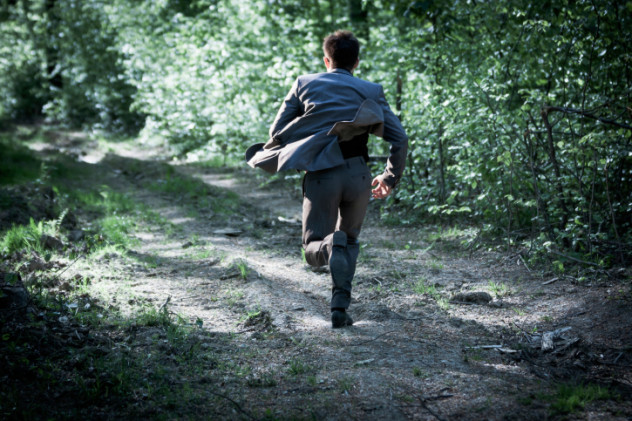 “Escape” functions as both noun and verb, and we tend to use it metaphorically as much as we do literally, describing vacations, for instance, as an “escape from reality.” However, its original definition is much more physical, and much more fun. It is appropriate that “escape,” a word associated with so many stories of heroes and villains avoiding punishment, is connected to the idea of leaving only a cape behind.

Whether they know it or not, most people are familiar with the Latin ex, meaning “out of,” since we still use it in so many modern words. As a verb, “escape” comes to us by way of the 12th-century vulgar Latin excappre, which means to leave someone holding only your cape. Someone who has made an escape, then, is now “ex-cape.” It wasn’t until 1400 that the word became a noun and not until the 19th century was it used in the metaphorical sense of an escape from mental or emotional distress. 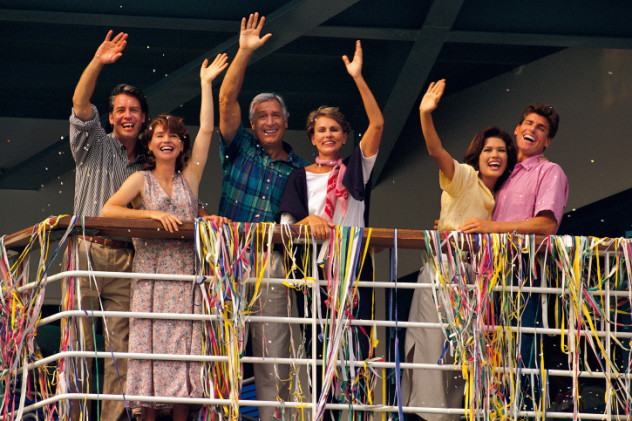 At first glance, it seems like “goodbye” is a relatively simple combination of “good” and “bye.” However, this is another word that has a surprisingly religious origin. The speaker is actually wishing God’s luck to their parting friend, giving previously casual interactions a whole new spiritual dimension.

“Goodbye” has its roots in the old prayer “God be with you” and ended up condensed primarily through the use of slang. “God be with you” as four separate and distinct words eventually became “God b’w’y,” which itself was eventually shortened to “Godbwye.” As separate phrases, people were already saying “good night” and “good day,” and it eventually made sense to say “good bye” to the person you had greeted with a “good day,” taking God out of the equation. 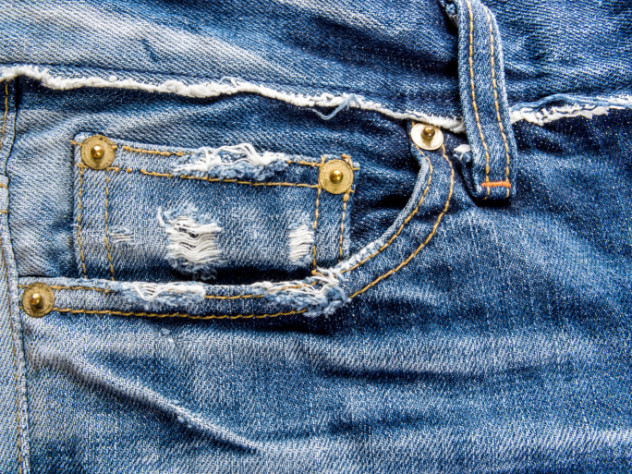 Jeans have often been seen as casual clothes, but they have a long history of being functional as well. To many, they represent comfort, especially for those who are working. Interestingly enough, it has always represented comfort, all the way back to the 15th-century Italian sailors who first wore them.

These sailors hailed from Genoa, a city in Italy that was the first to make denim pants. This has often been the subject of historical debate, because denim itself is a French word that comes from the phrase serge di Nimes, a reference to the city of Nimes where it was also made. While France got to claim the fabric itself, Italy got to claim the actual pants, since “jean” (later pluralized to “jeans”) was named after the French word for Genoa, Genes. Casual Friday now gives you a chance to participate in this rich part of international history. 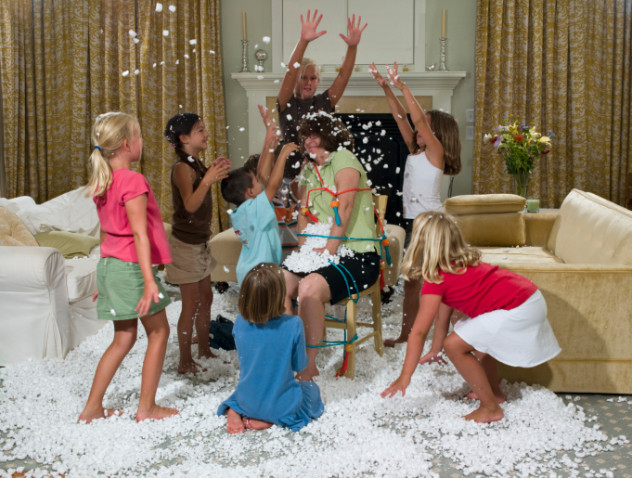 “Fiasco” is another word that has passed through many countries to achieve its modern form. The modern word originated in 1855 as slang for failed theatrical performances, but as early as 1862, it referred to non-theatrical disasters as well. “Fiasco” comes from the French fiare fiasco, which translates to “turn out a failure.” The French phrase is itself derived from the Italian far fiasco, which originally meant “make a bottle.”

If you’re confused about what bottle-making has to do with disasters, you’re not alone. There are two prevailing theories about the connection between the phrases. One is that glass crafters in Venice periodically discarded pieces that weren’t perfect. The only thing they were good for was to “make a bottle,” which is why “fiasco” took on its meaning as a reference to failure. Another theory claims that the Italian phrase fare il fiasco referred to the loser of a game who had to buy the next drink, who was said to “make a bottle” appear. 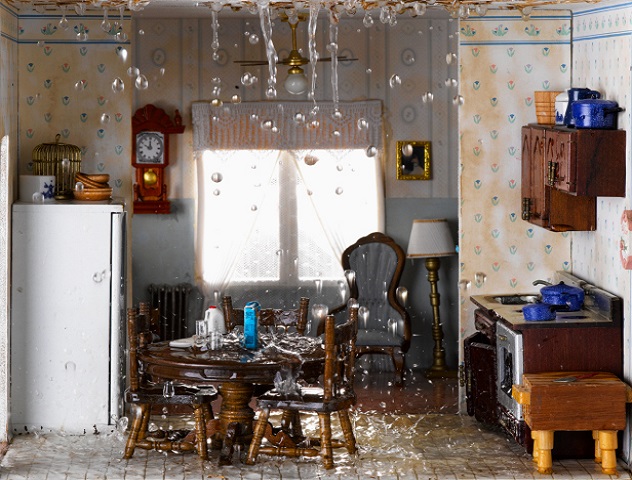 Fans of both Shakespeare and John Green know about the classic idea of “the fault in our stars,” which is the notion of fate being written in the heavens and dictating the actions of characters such as star-crossed lovers Romeo and Juliet. The common word “disaster” comes from this medieval idea.

“Disaster” is a combination of the word “dis,” which typically means “unfortunate” or “lacking,” and “astro,” which refers to either a star or planet. This conveys astrological connotations of something bad happening because of the position of a certain star or planet. While “disaster” has long since come to mean any large calamity, it is interesting how the ideas behind the original meaning persist, from the ongoing popularity of horoscopes to the song “Born Under a Bad Sign.”