Most of us have heard the horrific tales of hired guns like Richard “The Iceman” Kuklinski and Sammy “The Bull” Gravano. However, history has provided us with a slew of bloodthirsty evildoers who have slipped through the cracks. Here are 10 of the most prolific, unusual, and sometimes unassuming contract killers the last century has produced. 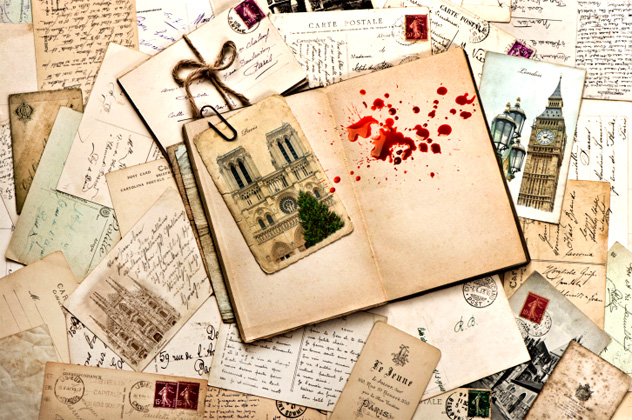 Campbell was an anomaly among the ranks of history’s hired guns, to say the least. He worked for both the urban drug lords and the Italian Mafia in Detroit in 1970s and ’80s. He was like the James Bond of hit men, with more surveillance equipment than most police had at the time, not to mention an arsenal that any assassin would envy. A master manipulator, Chester was able to get others to do much of the dirty work for him. He was also a ladies man—Campbell’s main squeeze was, ironically, a funeral home director.

How many people did he kill? Nobody is completely sure, but his revealing notebooks kept tabs on at least 10 unsolved murders and the intimate comings and goings of virtually every cop, crook, judge, and prosecutor in the Motown and beyond. This guy scared the devil out of everyone once they realized the power of the information he held, all contained within dozens of handwritten notebooks and photo albums. Even after incarceration, Chester tormented his law enforcement enemies with years of endless legal motions and lawsuits.

Delve into a world of murder and treachery in Mafia: The History of the Mob at Amazon.com! 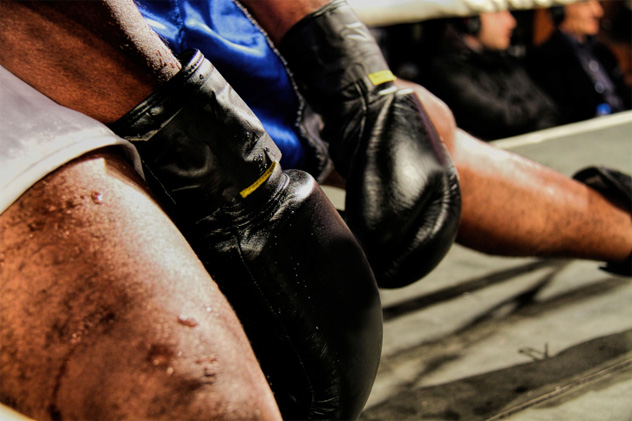 The Chicago Outfit has had its share of tough-guy enforcers dating back to the Capone era. During the 1970s, the mob relied on Harry Aleman, who earned his nickname, “The Hook,” from boxing as a young man. He liked to shoot people, often had his weapons fitted with silencers, and would carry out the job in public if necessary. The authorities tallied up at least 13 hits in the first half of the ’70s, but it was difficult to get a conviction for The Hook’s evildoing. Even with eyewitness accounts thrown at him, The Hook was able to avoid serious prison time.

Eventually, as is usually the case, the past came back to haunt the hit man. He was convicted in 1997, and the case was big news because it was the first time somebody was convicted after being acquitted. Aleman got 100 to 300 years and died of cancer in prison in 2011. 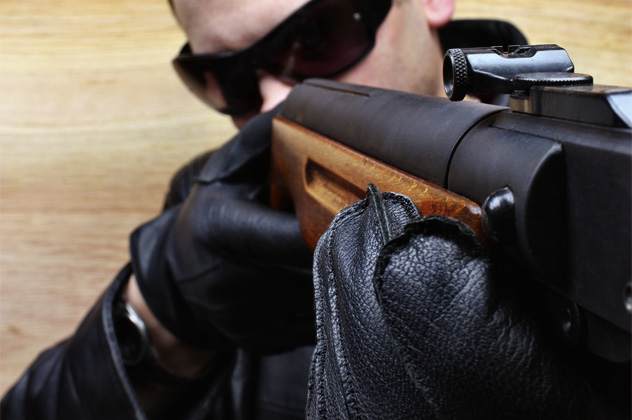 Washington D.C. was hit hard with crack cocaine by the late 1980s, just like many major metropolitan areas, and the man responsible for a lot of that dope influx was Alberto “Alpo” Martinez. To successfully maintain such a high-rolling status, a drug lord needs muscle. Martinez found it in Wayne Perry. This guy had absolutely no qualms about killing.

Silk and his team of killers carried out enforcement for the Martinez organization for years. It all came to a head when their boss got collared and gave up Silk in exchange for a lighter sentence. On the street, Perry was said to be directly involved in a multitude of hits, but it only takes one to put you away. By 1992, the house of cards had come crumbling down. Alpo’s testimony and police investigations credited Perry with at least five murders, putting the hired gun away for life. 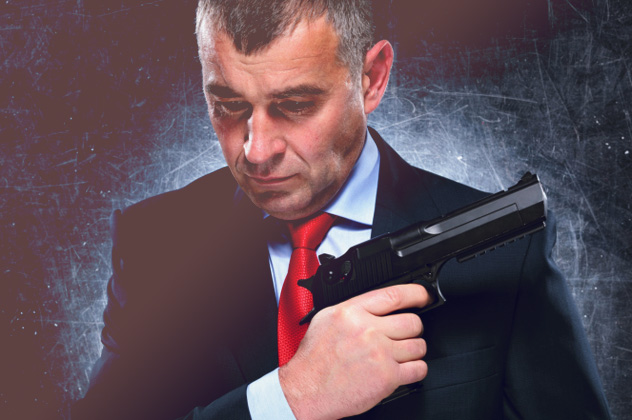 Jorge Ayala was an efficient and reliable killing machine employed by bad girl Griselda Blanco during the Miami coke wars. Authorities figured Ayala was the main man behind at least 35 drug-related murders in the 1980s but, as usual, it only took one to put him away. In the end, Jorge actually pled guilty to three murders. The hope of ever seeing the outside world again was a fleeting dream for sure, but he caught a break when he was given the possibility of parole.

While trying to convince an appeal court that he had been given a “handshake deal” in 1993—which he believed should be honored to earn him parole—it came to light that he had been engaged in phone sex with secretaries from the state attorney’s office on multiple occasions. This did not help Jorge’s cause. Recently, however, the confessed killer asked for redemption yet again, and his legal team is currently working to secure it. 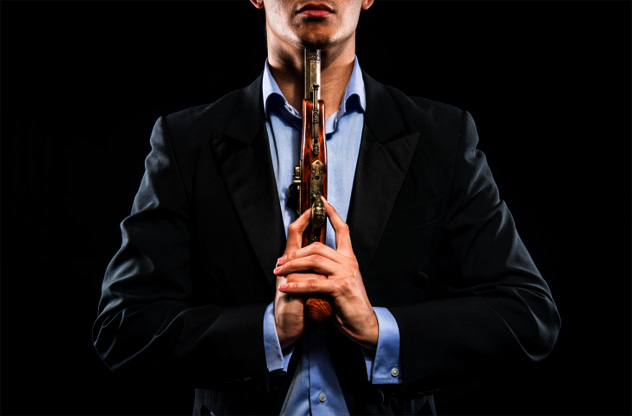 With an innate skill for making people afraid to talk, Meldish worked the mob’s contract hit racket for two decades without much interference. A member of the Bronx branch of the infamous Purple Gang, Meldish began his murderous education at age 18, soon graduating with a degree in cold steel. He was so good that he was often employed by New York’s Lucchese and Genovese mafia families.

The once untouchable killer has been implicated in at least 40 murders since the 1970s. In 2011, at age 55, his knack for staying under the radar went up in smoke and he was convicted. His brother Michael, who was also tied to the mob, got a bullet to the head while sitting in his car on a Bronx street in 2013. 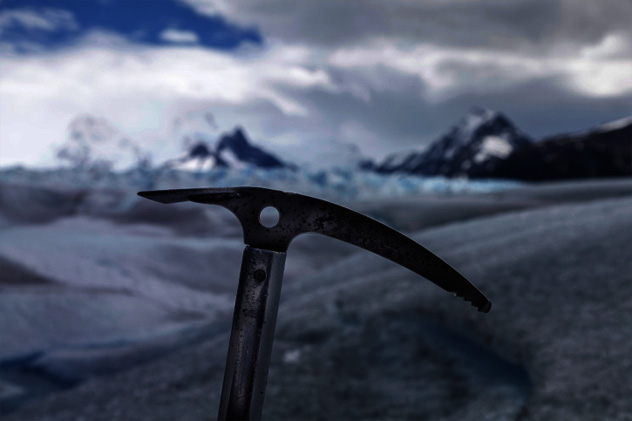 While there is still some debate over who was truly the nastiest killer within the infamous Murder, Inc. of the 1930s, suffice it to say Harry Strauss was top tier for his unapologetic bloodlust. Pep, as some called him, could garrote and ice-pick a mark to death and casually enjoy a lobster dinner right after, all while joking about the hit with his murderous brethren. When the law finally figured out that these guys had been killing the mob’s enemies for about a decade, they went into full-on conviction mode.

Phil tried unsuccessfully to turn government witness, and when that didn’t work he pulled the insanity card. Fortunately, the court wasn’t buying his sudden disheveled look, unruly beard, and courtroom mumblings. By 1942, many of the Murder, Inc. boys had been convicted, and some had already been zapped on the chair—Pittsburgh Phil and his co-defendant Martin “Buggsy” Goldstein among them. 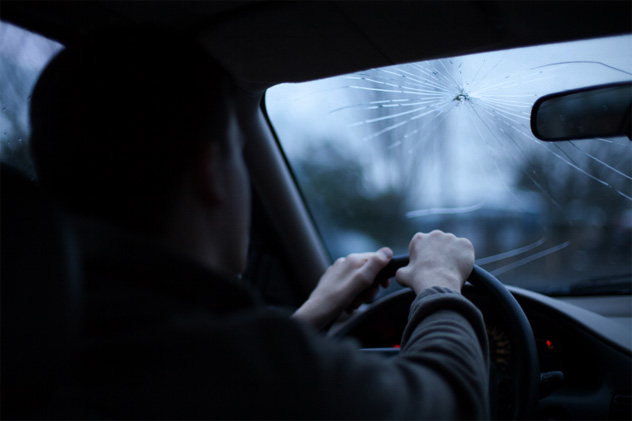 The nefarious Murder, Inc. killers had a vast reservoir of willing employees. Although Irving Cohen was not considered a top-level guy within the ranks of this group, his contribution to hit-man history was unusual, to say the least. A small-time hood and ice pick-wielding murderer, “Big Gangi” Cohen was also a bit-part Hollywood actor.

In 1937, the bosses decided that a gangster named Walter Sage needed to be whacked. Well, the best way to convince Sage to “go for a ride” willingly was to have his trusted friend Irving Cohen do the luring. Once Sage was in the car, Cohen purportedly sat behind his friend, then drove an ice pick into Sage’s brain. Fearing for his own safety, Cohen ran from the scene and conveniently made himself very scarce.

His skill with an ice pick, however, was only matched by his lack of skill at staying out of sight—Cohen soon took a bit part in a movie production. Police in Los Angeles promptly nabbed Gangi and he was carted back to New York. Although he was ultimately acquitted in the trial, it wasn’t without courtroom drama—particularly Cohen’s uncontrollable weeping sessions.

When you’re done reading about history’s deadliest hit men, become one yourself with the hit Playstation 3 game Hitman: Absolution at Amazon.com! 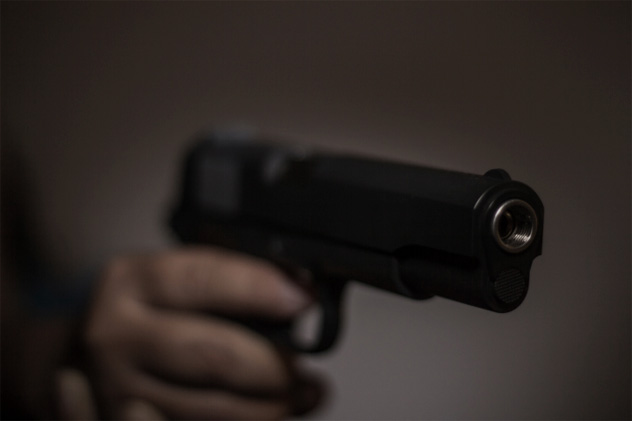 Another of the more contemporary contract killers, Jose Martinez was recently charged with killing nine people. The kicker is, the California-based killer told authorities that he’s actually whacked about 40 people over the years, mostly for Mexican drug cartels. From 1980 up until his capture in 2014, Martinez enforced Central California’s drug trade with cold-blooded skill.

Martinez doesn’t fit the profile of the typical hit man; by all appearances, he could be anybody’s grandfather or just a lonely old man. Authorities in California consider him a credible suspect in a series of murders that include the shooting of man in his car and another man in bed while his four children were home. And as any reliable hit man is expected to do, he refuses to breathe a word revealing which cartel his orders came from. 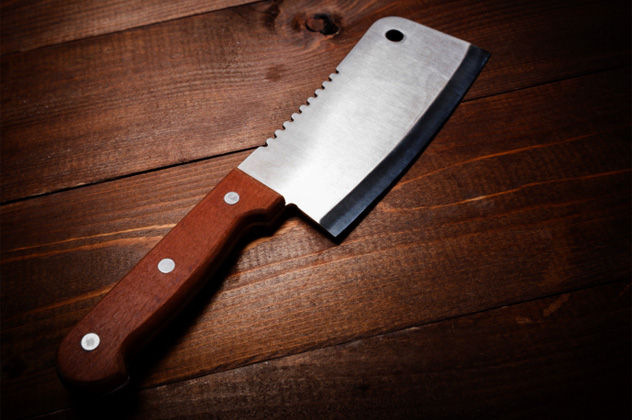 Legend has it that Harry Maione earned the nickname “Happy” as an ironic jab at the eternal scowl that forever lived on his face. Maione was yet another of the 30 or so killers for hire in the Murder, Inc. ring, but was widely considered the Italian liaison of the mostly Jewish and Italian mixture of killers, raking in one of the largest paychecks of the whole group. While it was hard for prosecutors to sort out which gangster killed which victim—because there were often two or three of the perps present at each hit—Maione was thought to have personally committed at least 12 murders since 1931.

Maione was also credited with and sent to the electric chair for the 1937 murder of Georg Rudnick, who had been stabbed 63 times with an ice pick by Pittsburgh Phil. Happy’s role was finishing the job by burying a meat cleaver in the guy’s skull. Because prosecutors were able to convict these guys in pairs, Maione didn’t die alone—his partner, Frank “The Dasher” Abbandando, exhaled his last breath right beside him. 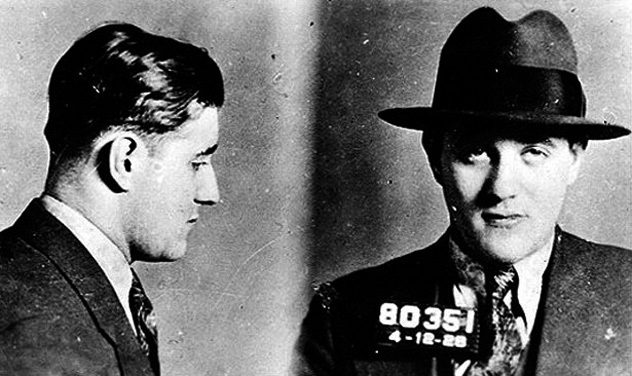 Bugsy Siegel, the dapper and temperamental pal of such iconic mobsters as Lucky Luciano and Meyer Lansky, was actually a very prolific gunman himself. While it was unusual for a top mob boss to ever carry out a dirty deed himself, Bugsy was that rare example. Long before the days of the Flamingo Hotel, Siegel personally carried out assaults and murders for, at first, the Bug & Meyer mob, then the National Crime Syndicate.

Of his many crimes, he allegedly took part in the bloody hit on Luciano’s enemies Joe “The Boss” Masseria and Salvatore Maranzano in 1931. Along with Louise “Lepke” Buchalter, he can most likely be credited with the early formation of perhaps the most barbaric and infamous murder squad the mob has ever created—Murder, Inc. He also helped lead the Jewish mobster consortium into a unified mob empire with the Italian faction, which was led by Lucky Luciano. The Bug was a victim of a contract hit himself in 1947 while he read the LA Times in his girlfriend’s California home. The murder was never solved.

As an “expert” guest, he’s appeared on episodes of the Biography Channel series Gangsters: America’s Most Evil and consulted on the National Geographic channel’s critically-acclaimed series DRUGS, INC.