When talking about serial killers, you are prepared for the creepy, the depraved, and the insane. But when you dig through the lives of these men, you’ll also find incidents where they’re disarmingly human, disturbingly influential, or even wickedly funny. 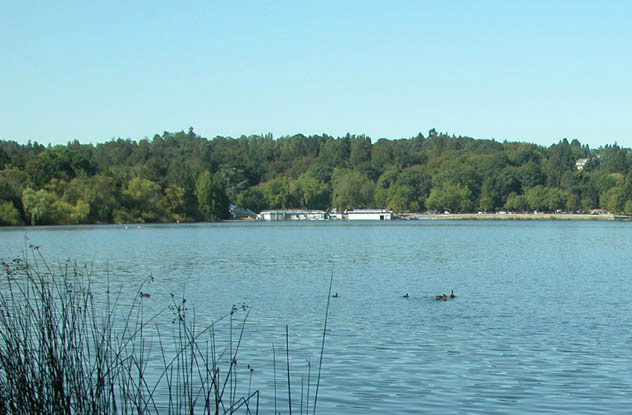 Out of all real-life killers, Ted Bundy seems to most resemble the fictional stereotype. He was cold, cunning, charming, and intelligent. He was handsome, charismatic, and good at manipulating people. As a result of this, Bundy managed to kill 30 women across the US and remained a suspect in many other cases.

One of the people who knew Bundy best is crime author Ann Rule. The two worked at the same suicide hotline. In her book covering Bundy’s murders titled The Stranger Beside Me, Rule shares one of the most peculiar stories about Bundy—how, in 1970, he saved a toddler from drowning.

The child was three years old, and he had wandered away from his parents while on vacation at Green Lake in Seattle. Bundy was the first to notice him when he started drowning, and he jumped into the water and rescued the child—hardly an act one would expect from a killer with no regard for human life.

This book is not for the faint of heart. Buy the heart-stopping true crime book The Last Victim: A True-Life Journey into the Mind of the Serial Killer at Amazon.com!

Serial killers receive a lot of media coverage and TV time once their murders come to light, but this killer’s 15 minutes of fame occurred beforehand.

For most of the 1970s, Rodney Alcala killed women in New York and California (most likely in other places, too), posing as a successful Playboy photographer. Police today have over 1,000 photographs taken by Alcala featuring unidentified people, so Alcala may be responsible for many more than the seven murders he has been convicted of.

In the middle of this killing spree, Alcala appeared on the hit TV show The Dating Game. The rules of the show were straightforward—the contestant interviewed three eligible bachelors who were hidden from her view and chose one of them for a date. On September 13, 1978, Rodney Alcala was Bachelor No.1. He won the game by describing himself as a banana and asking the contestant to peel him.

Fortunately for contestant Cheryl Bradshaw, she refused to go on a date with him after the two talked in the green room after the show and she found him “creepy.” Smart choice. 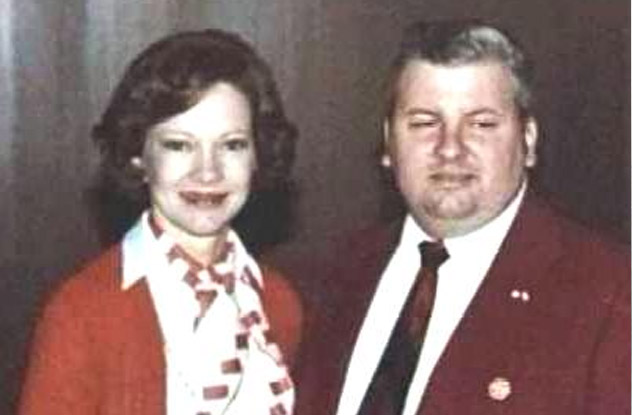 Even though we now know John Wayne Gacy for killing 33 people and burying most of them in the crawl space of his home, there was a time when he was regarded as a pillar of the community. He owned a successful construction business, threw parties that made him popular with the neighbors, and in his spare time, attended fundraisers and children’s parties dressed as Pogo the Clown.

As a result of all the positive work he did for the community, Gacy was appointed director of Chicago’s Polish Constitution Day Parade in 1975. He held that position until 1978, when he had his weirdest brush with fame. Wife of President Jimmy Carter and First Lady of the United States Rosalynn Carter attended the event and took a photo with Gacy.

Gacy is wearing an “S” pin in the photo—something the Secret Service issues to people they have cleared and deemed to be no threat. 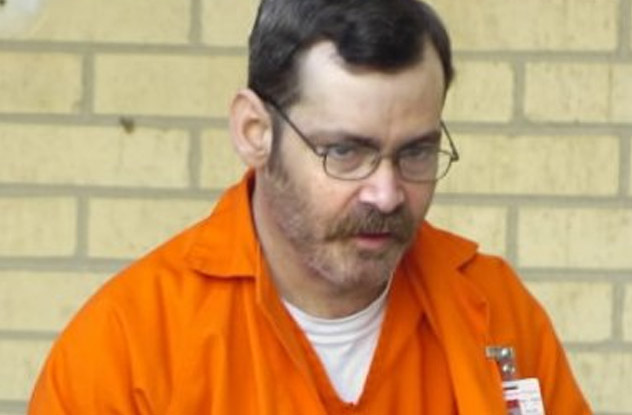 Authorities in Baton Rouge, Louisiana arrested Derrick Todd Lee in March 2003 and charged him with seven murders. His crimes received a lot of media coverage both during his spree and after he was captured, earning him the uninspired nickname of “The Baton Rouge Serial Killer.” Now that Lee was locked up, the police paid closer attention to several victims (most of whom were prostitutes) they’d thought their serial killer had murdered. But Lee hadn’t killed these people. As it turned out, Baton Rouge had another serial killer on its hands.

Over a year later, in April 2004, police arrested Sean Vincent Gillis, who was convicted of eight murders. However, what was most interesting was what police found when they searched Gillis’s residence. Besides snuff films and photographs of the victims, the police found newspaper clippings and video interviews of Derrick Todd Lee. Gillis had followed the investigation very closely, growing extremely concerned that Lee was stealing his spotlight.

Gillis’s fears were well founded. The media covered both around the same time, and while Lee’s nickname was rather generic, Gillis’s labeled him as just an afterthought. They called him “The Other Baton Rouge Serial Killer.” 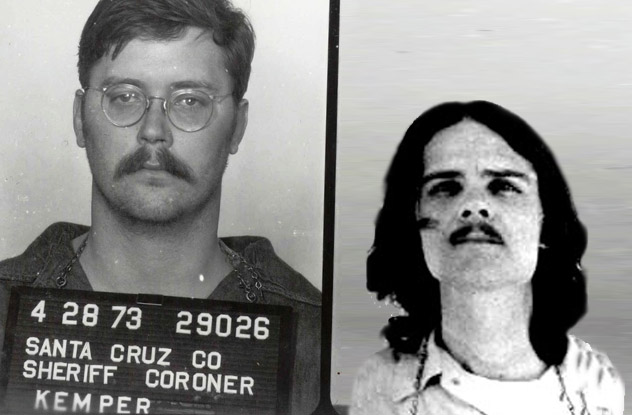 Lee and Gillis aren’t the only example of multiple serial killers active in a city simultaneously. During the early 1970s, the city of Santa Cruz, California had one man abducting, killing, and dismembering young female hitchhikers and another killing at random using whatever he could get his hands on.

The two men were caught only months apart. On February 13, 1973, Herbert Mullin was apprehended, and on April 20, Edmund “The Co-ed Killer” Kemper surrendered to the police. This led to the bizarre situation where the two famous killers shared adjoining cells.

Even though both were serial killers, the two were totally different. Kemper was a calculated killer with a reported genius IQ of 140, while Mullin was disorganized and delusional. There was also a huge physical difference. The 205-centimeter (6’9″), 135-kilogram (300 lb) Kemper towered over most people, especially the diminutive 170-centimeter (5’7″) Mullin. This led to several instances where Kemper used his stature to show Mullin who was boss and even conduct experiments on him.

As Kemper himself put it, “Well, [Mullin] had a habit of singing and bothering people when somebody tried to watch TV. So I threw water on him to shut him up. Then, when he was a good boy, I’d give him some peanuts. Herbie liked peanuts. That was effective, because pretty soon he asked permission to sing. That’s called behavior modification treatment.” 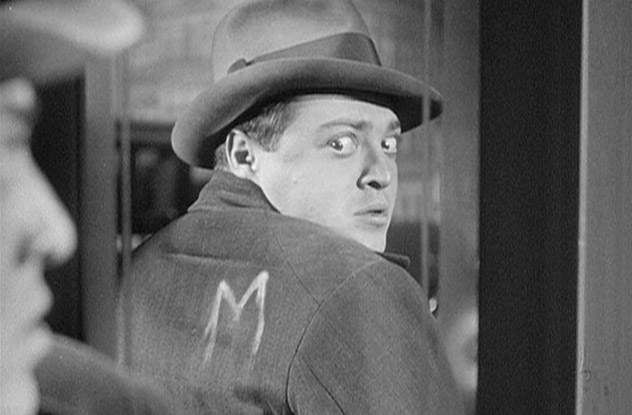 Los Angeles in the late ’70s was yet another place besieged by dual serial killers, but this pair—cousins Angelo Buono and Kenneth Bianchi—was a team working together. The duo kidnapped, tortured, and killed 10 girls and women within a four-month period. The press, suspecting a single culprit, dubbed the unknown killer the “Hillside Strangler.”

In cases like this, attention usually falls solely on the perpetrators, while the victims are forgotten. However, with the Hillside Stranglers, a lot of focus shifted toward a potential victim, Catharine Lorre Baker. Baker was the daughter of renowned actor Peter Lorre, whose most notorious role was coincidentally that of a serial killer in Fritz Lang’s 1931 masterpiece M.

One night in 1977, the murdering duo approached her with every intention of killing her, but when they learned who she was, they let her go. It’s possible that the two didn’t want the extra attention that a prominent murder victim would bring, but they said they’d spare Baker simply because they were huge fans of her father’s work. 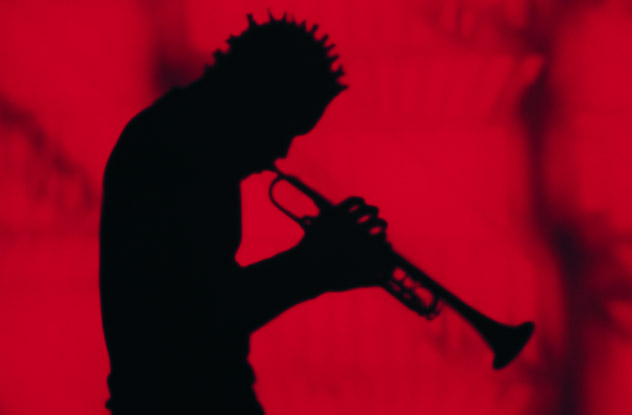 The Axeman of New Orleans killed eight people between 1918 and 1919, and he was suspected of several other murders. He was never caught, but his notoriety declined for decades until he appeared as a character on TV’s American Horror Story.

Like Jack the Ripper, the Axeman wrote several letters taunting police. His most famous one was dated “Hell, March 13, 1919.” Besides numerous comments stating his greatness and power, the letter talks of the Axeman’s love of jazz music. He wrote that he would go on the hunt the next Tuesday just after midnight, but every home where a jazz band was playing would be spared.

The next Tuesday, New Orleans saw one of its loudest nights in history. Nobody was murdered.

Former FBI agent Robert Ressler pioneered profiling as a tool for catching killers. He was also one of the first agents of the Behavioral Science Unit (the real version of the BAU featured in the hit TV show Criminal Minds). As part of his job, he interviewed numerous serial killers. However, his interview with serial killer Edmund Kemper almost took a very dark turn.

This was not the first time he’d talked with Kemper at Vacaville Prison. In fact, he had built a strong enough relationship with the killer to feel comfortable being alone with him during the interview. After several hours of talking, Ressler was ready to leave, so he pressed a button to call a guard back into the room. Nobody came.

He pressed the button a few times, getting more and more anxious, but he kept talking to Kemper to keep him calm. Kemper picked up on his anxiety and taunted him. “If I went apes—t in here, you’d be in a lot of trouble, wouldn’t you?” said Kemper. “I could screw your head off and place it on the table to greet the guard.”

Despite these words, Kemper never tried anything, and when the guards finally arrived, he said that he’d merely been kidding. Ressler interviewed Edmund Kemper several times after that, but he never went alone again. 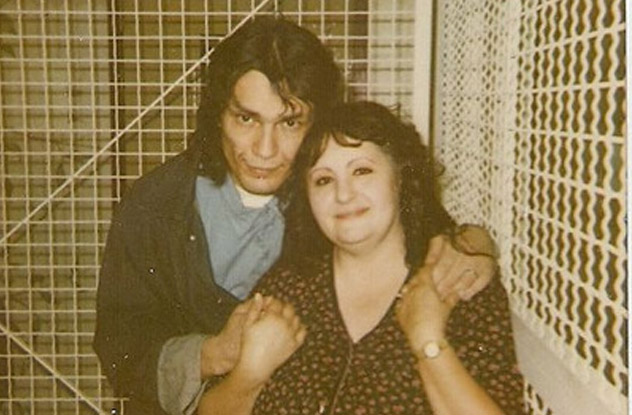 Many people find a deep fascination with notorious criminals. Research says those who take this too far suffer from a psychological problem called hybristophilia, which is an attraction to people who commit violent crimes. An extremely violent criminal who garners tons of media attention and relishes every moment would be a prime target for hybristophiles.

Enter Richard Ramirez. Known to many as the Night Stalker, Ramirez terrorized Los Angeles and San Francisco between 1984 and 1985. He entered random homes at night and butchered the residents with whatever weapon was available. By the time he was caught, he had claimed 14 victims.

While in jail, he corresponded with numerous women, but one in particular stood out—Doreen Lioy. More than 10 years into his incarceration, the two were allowed to marry. Since Ramirez was on death row at the time, the two knew that their time together would come to an end, but Lioy promised to commit suicide when Ramirez was executed.

It never came to that. They were married for 17 years before she divorced him, shortly before Ramirez died of lymphoma, still waiting on death row. 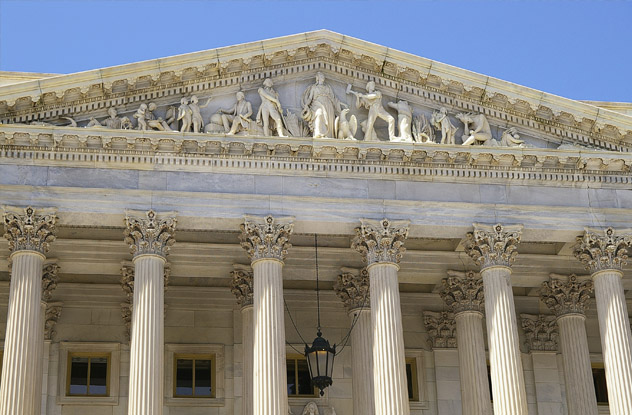 David Berkowitz, better known as the Son of Sam, terrorized New York City in the late ’70s, killing six people and wounding seven others. Despite a relatively low kill count, Berkowitz became a major sensation because he attacked people at random, killed in New York, and taunted the police with letters.

When the Son of Sam was apprehended, there was a lot of potential money for whoever told the story. But many people, especially the families of the victims, didn’t want killers to profit from the publicity garnered by their crimes. Berkowitz’s case led to a law designed to prevent criminals from selling their stories to publishers.

The following decade, New York’s Crime Victims Board invoked the law to shut down a book about ex-mobster Henry Hill, which would later be adapted into the film Goodfellas. The publisher sued in response, and the Supreme Court declared the law unconstitutional. As a content-based statute, the law violated the First Amendment.

The court struck the law down, but amended versions are still in play, letting victims sue criminals for proceeds from stories of their crimes.

Radu writes about anything weird, interesting, or funny and, ideally, a bizarre mix of the three.