We have something of a love-hate relationship with fast food. Many of us happily stop at a drive-through when we need something in a hurry, but we still sneer at the food and look at it with suspicion. We fear constantly eating food that was made in a commercial kitchen, and the speed with which it’s prepared implies that it was made without care. The megalith of commercialized, super-quick food production leaves many nostalgic for the good old days, when you knew exactly where your food came from and what was in it.

While eating fast food may not always be the healthiest option, and we certainly can’t guarantee the safety of our food if we don’t prepare it ourselves, many rumors of the fast food industry’s incompetence are greatly overstated. 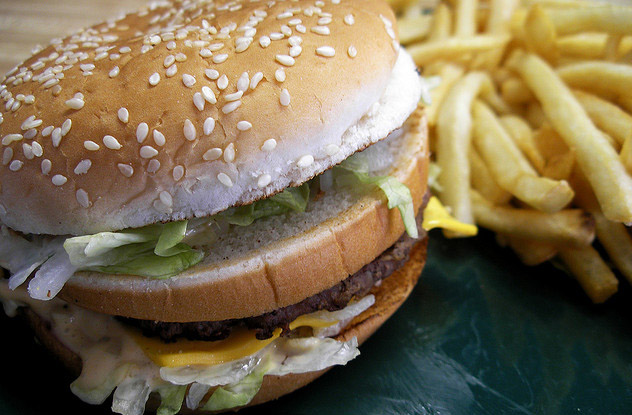 People have an odd belief that mass-produced food is literally made of industrial chemicals meant more for paint stripping than eating. This has led to the even odder belief that fast food hamburgers never decay. What makes this myth particularly weird is that despite being one of the most pervasive myths about food, it is also one of the easiest to debunk. Anyone can buy a burger and watch it decompose over time, but the myth has only recently seen serious busting.

McDonald’s Canada was asked about the “incorruptible McDonald’s hamburger,” and the company decided to finally kill this silly rumor. A spokesman admitted that the company’s burgers do tend to dry out rather than rot, but that’s not because they’re laden with chemicals. The burgers simply don’t have much moisture in them after the cooking process, and leaving them in the open air removes even more. In properly moist conditions, a McDonald’s burger would rot just like any other food.

An independent study by a food blogger found that under similar conditions, McDonald’s fare rots at the same rate as homemade burgers.

Rent the original eye-opening fast food documentary Super Size Me for only $2.99 at Amazon.com! 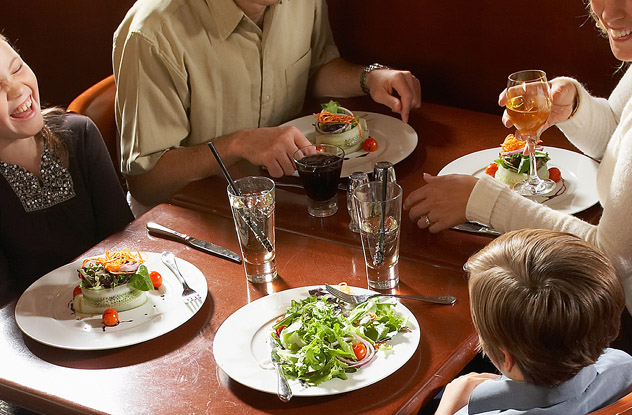 You’ve decided that you want to take the family out to eat, but you want to feel good about the food you’re shoveling into their starving mouths. You decide that you should go to a sit-down restaurant, since those places clearly offer much healthier options than the local McDonald’s. Unfortunately for your family, you may have made the wrong choice.

A Drexel study examined full-service restaurant menus, and the results were not at all pleasant. While a combo meal at a burger joint has more calories than you need for one meal, a full meal at a sit-down restaurant may have more than you need in an entire day.

The researchers defined a meal for an adult as an entree with a side and half of an appetizer, along with the free bread often offered. The average full meal at a sit-down place hit about 1,500 calories and went well over the daily recommended limit for saturated fat and sodium content. If you throw in a drink and half of a dessert, the average restaurant meal puts you over your daily recommended caloric intake. If you want to make sure you are getting a healthy option, you may just need to cook it yourself. 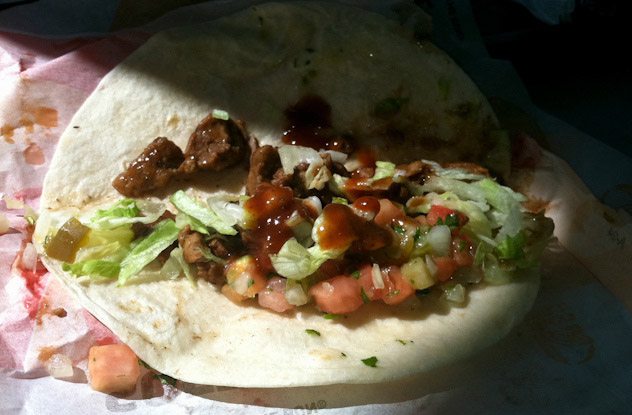 A few years back, a rumor arose saying only 35 percent (or another disturbingly small percentage) of Taco Bell seasoned beef is meat, the meat is Grade D, it’s unfit for humans, and it’s somehow still allowed to be sold to massive numbers of people. The rumor’s roots go to an Alabama lawsuit, which was thrown out of court because it was complete and utter nonsense.

To address the rumors, Taco Bell explained that their seasoned beef is 88 percent beef and 12 percent filler, which may sound less than ideal, but that’s comparable to its competitors’ recipes. The website containing this explanation also gave fun explanations for some of the more obscure components, such as “Trehalose,” which they use for sweetening purposes.

Certain paranoid people will continue to fear Taco Bell’s chemical ingredients like “maltodextrin,” but actual chemists laugh off these worries—the ingredients are all very much safe and edible.

7McDonald’s Frozen Desserts Use Pig Fat And No Dairy 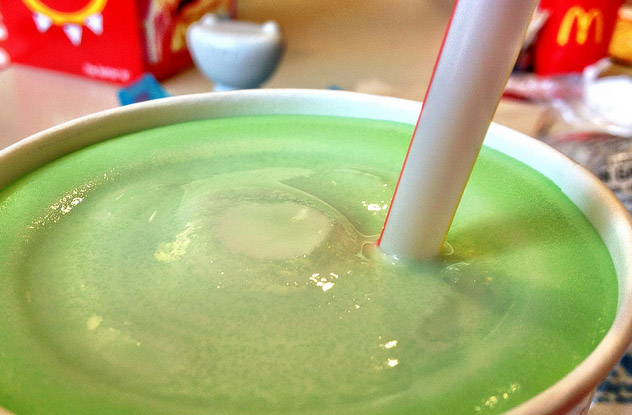 McDonald’s calls their frozen treats “thickshakes” or just “shakes,” rather than “milkshakes.” Some people noticing this choice concluded the drink can’t be a proper milkshake at all. In fact, it probably contains no dairy whatsoever. From there, it wasn’t long before people started coming up with theories as to what McDonald’s was using instead. People proposed all sorts of fillers, from pig fat to cow eyeball fluid to Styrofoam balls to bird feathers.

It’s true that the treats don’t use real ice cream, which is why McDonald’s doesn’t call them “milkshakes.” Instead, they use a premade mix—one that does contain dairy. Making actual ice cream shakes fresh on a massive scale day in and day out would be hard to manage logistically.

You may choose not to drink their shakes if you don’t like the taste, but for those of you who do, there isn’t anything out of the ordinary to worry about, aside from how fattening they are.

6The Salads Are A Healthy Option 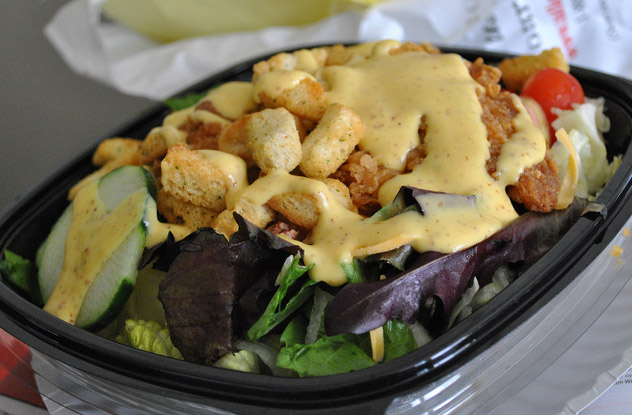 Salads seem the healthiest option when eating fast food. They’re made of vegetables, after all, which surely have to be better for you than greasy burgers and fries. In reality, however, the salad option contains so much cheese, dressing, or meat that they’re as bad as anything else on the menu.

The Consumerist looked at several fast food chains and found that the salads have as many calories as other menu items. Even worse, salads often contain more fat, more sugar, and oftentimes an absolutely whopping pile of sodium. While salad may sometimes be a healthy option, when you buy it from a burger joint, it probably isn’t.

Get the tongue-pleasing flavor of fast food without the added fat! Cook your own healthy, awesome versions with the delicious recipes in Fast Food Fix: 75+ Amazing Recipe Makeovers of Your Fast Food Restaurant Favorites at Amazon.com! 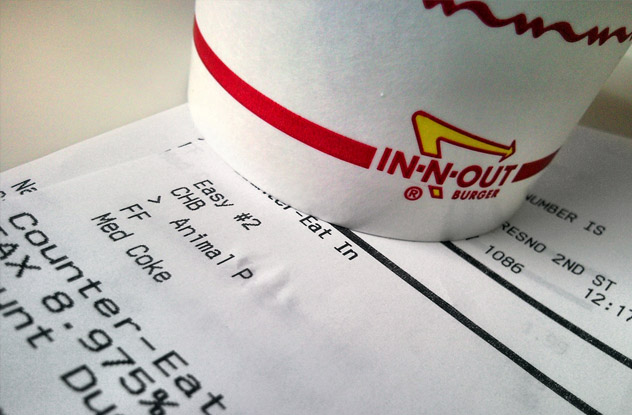 One of the most pervasive myths about fast food, as well as junk food in general, is that it’s far less pricey than healthier alternatives. This explanation is often used by people incredulous that anyone would willingly choose junk if better food is cheaper or comparatively priced. But while fast food is certainly cheap compared with other sorts of restaurants, it’s downright expensive compared with what you prepare at home, even when you cook far higher-quality food.

NY Times food columnist Mark Bittman notes that the average McDonald’s combo meal costs about $7, adding up to $28 to feed a family of four. You could feed the family an entire chicken dinner at home for roughly half the cost, and you’ll be giving them a much healthier plate.

On the other hand, cooking food yourself does have a cost of its own. It takes time, and it takes effort. Fast food is undeniably the more convenient choice, which is why people will continue to pick it. But if you have the time and energy, eating at home is a much better option in every way. 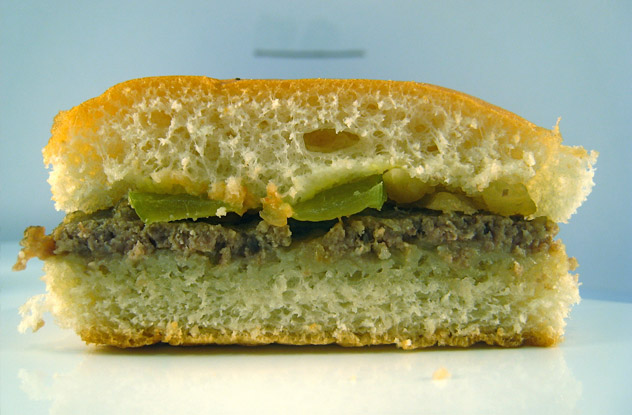 You may not live in an area with a White Castle, but you may know of it from a certain movie where two guys try really hard to get to one. For those still unfamiliar with the chain, White Castle’s miniature burgers are famous for being incredibly cheap and, anecdotally, for giving indigestion a few hours after eating them. Fans also know the restaurant for its trademark steamed meat that always comes with onions because onions are just that important. For some reason, rumors say that White Castle is pulling a bait-and-switch with one of their most cherished ingredients.

The rumors state that White Castle onions are actually pieces of cabbage soaked in onion juice. It would seem one of the strangest and most pointless things that a fast food restaurant could do, but enough people believe the rumor that White Castle actually responds to it on their website.

Their burgers contain no cabbage and do indeed have real onions—although the restaurant admits to using rehydrated onions ever since World War II.

3Arby’s Roast Beef Is Made From A Gel 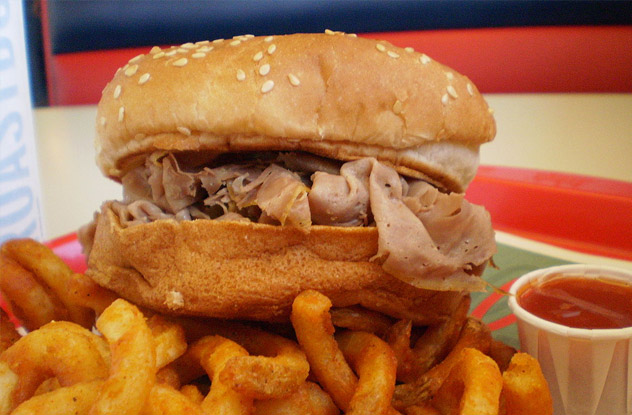 This weird rumor says Arby’s roast beef arrives at the store in a liquid gel form inside a sealed plastic bag. The congealed mixture is heated till it becomes sliceable and is then served to the poor, naive customer. Unlike some rumors, this one has understandable origins, but it’s still wholly false.

The fact-checkers at Snopes talked to several people who worked at actual Arby’s restaurants and learned the source of the confusion. The meat arrives at the store inside airtight plastic bags, with a thin layer of basting solution that looks like a gel. This could easily lead a new employee who hasn’t yet cut into the bag and roasted the beef to think they were looking at a lumpy, gelatinous mess. You may or may not find Arby’s food particularly appetizing, but rest assured that it’s actual beef. 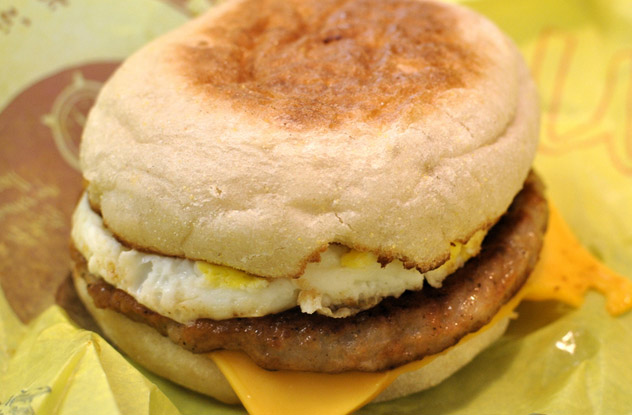 The uniform circular shape of McDonald’s Egg McMuffin patties look so perfect that people think it’s some artificial substance sent to the restaurant in readymade shapes. However, when McDonald’s in Canada was asked about this question, they responded by supplying a video of how the egg process actually works.

The eggs really are just eggs, and that perfect shape is achieved by cooking them using a ring mold, a method almost elegant in its simplicity. The scrambled eggs are slightly more questionable, as they are made with a liquid egg mix and cooked with margarine, but they still do contain actual egg. 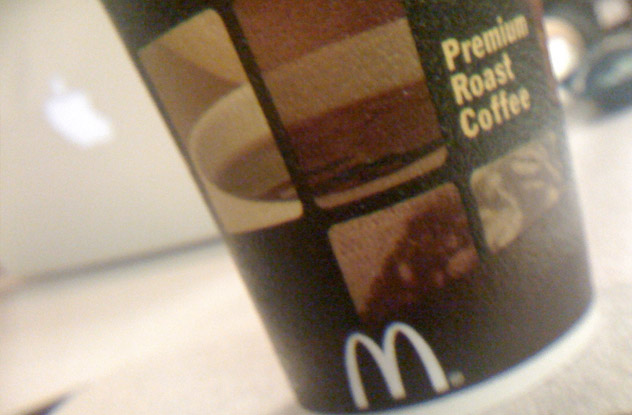 One of the most common misconceptions among those who head to Starbucks or order coffee at a burger joint is that bolder, blacker coffee is stronger and gives a more intense buzz. But if you’re looking for the strongest possible caffeine hit, you should purchase a lighter roasted coffee.

The best way to truly increase your caffeine buzz in the morning is to add a shot or two of espresso to your coffee, something that most cafes will happily do for you.