It’s no surprise that happiness comes with a wide variety of advantages. It boosts the immune system and makes you more resilient to pain, along with reducing stress and overall improving the quality of your life. Sadness, on the other hand, doesn’t seem to do us any good, and is one feeling we consistently try to stay away from.

As it happens, there’s nothing we can do to escape things that make us sad. We can, however, tell you about all the surprising benefits of it. As science has discovered over the last few years, being sad benefits us in many less obvious ways most of us don’t know about. 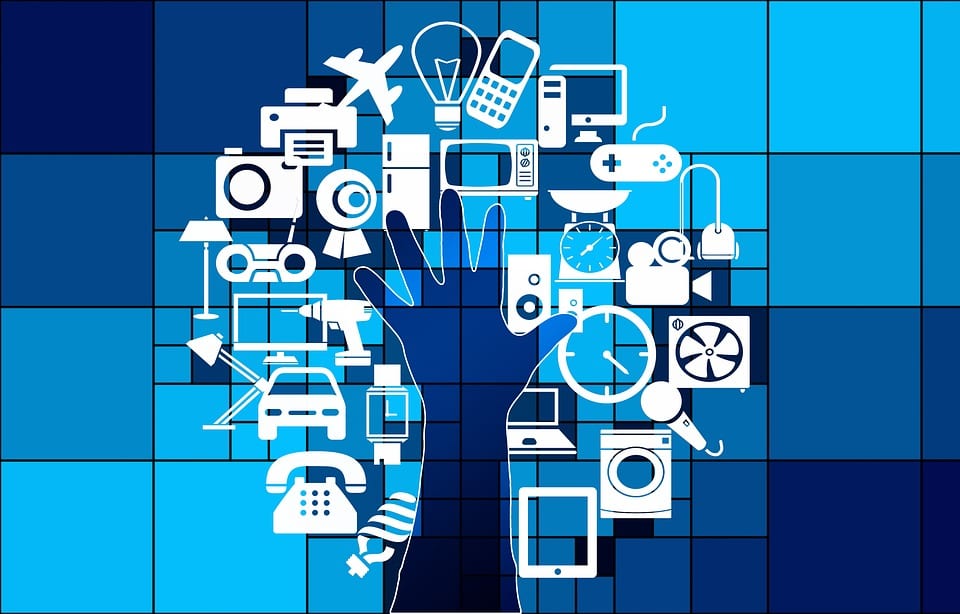 When you’re sad, talking to other people seems like a task, unless it’s with a professional or someone you’re close to. It’s just not something you feel like doing at that time. If you gathered enough willpower to do it, though, you’d realize that you’re much better at conversations when you’re in a bad mood.

Research on how mood affects communication skills has found that people who’re sad are much more persuasive in their conversations than the jolly ones, and are better at influencing their recipients’ opinion. Apparently, being sad changes how you process things, and makes you more articulate and clearer about what you’re saying.[1] 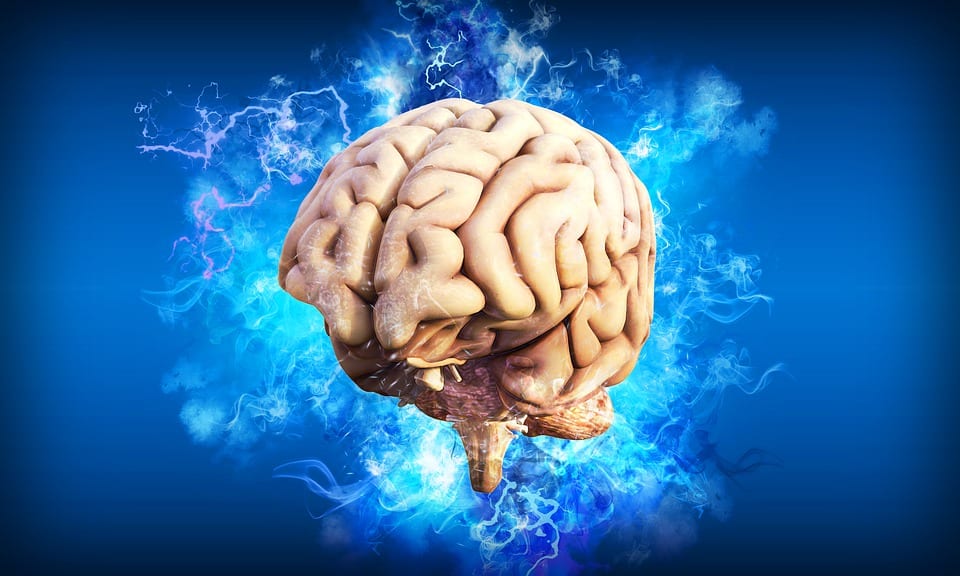 Sadness affects the brain in ways that we don’t quite understand, especially regarding our various cognitive abilities. While it definitely has a negative effect in many areas—like analytical abilities and abstract thinking – it also makes you better at other things, like memorization.

Quite a few experiments have found that sad people are much better at facial recognition and other memory-related tasks than their happier counterparts. Surprisingly, previous studies have shown that the memory advantage doesn’t extend to recognizing things like objects and words, suggesting that sad people are better at remembering details (like that of the face) than others.[2] 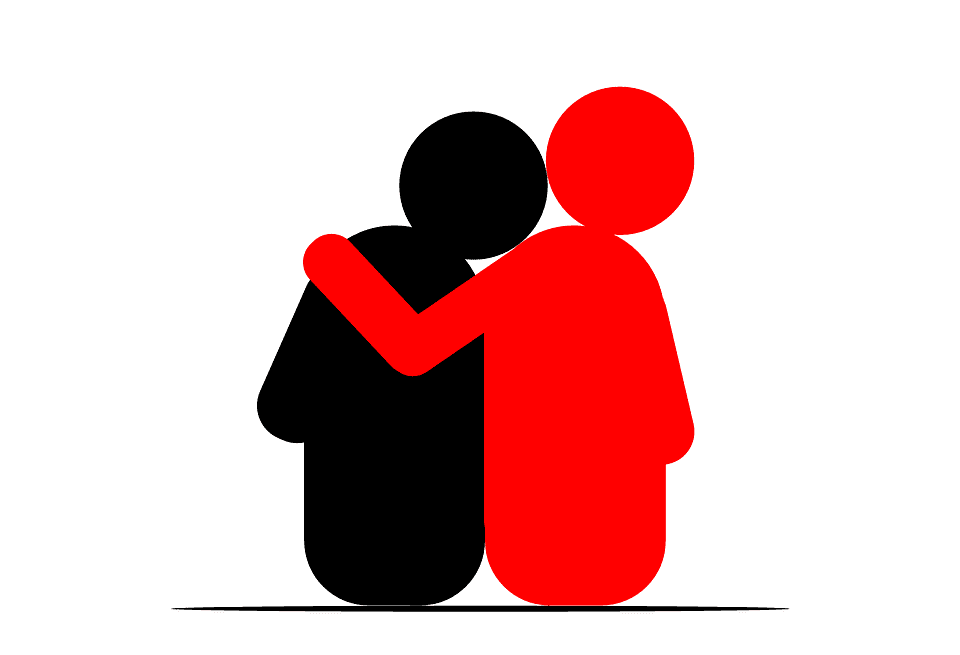 People suffering from depression – even mild forms – are assumed to be disconnected from the rest of the world. When it comes to empathy, you’d think that happier people would be better equipped and more willing to help others. As studies prove, though, that’s not really the case.

Experiments done on mildly-depressed students suggest that being sad may make you more empathetic towards other people’s emotions. They performed significantly better at the test – which involved looking at photographs and identifying the emotion from just their expression—than non-depressed students, too. Probably surprised by their findings, they repeated the test on a larger scale and got the same results. While it may just mean that happiness makes you more selfish, the researchers think that it’s actually due to hypersensitivity to emotions among those diagnosed with depression.[3] 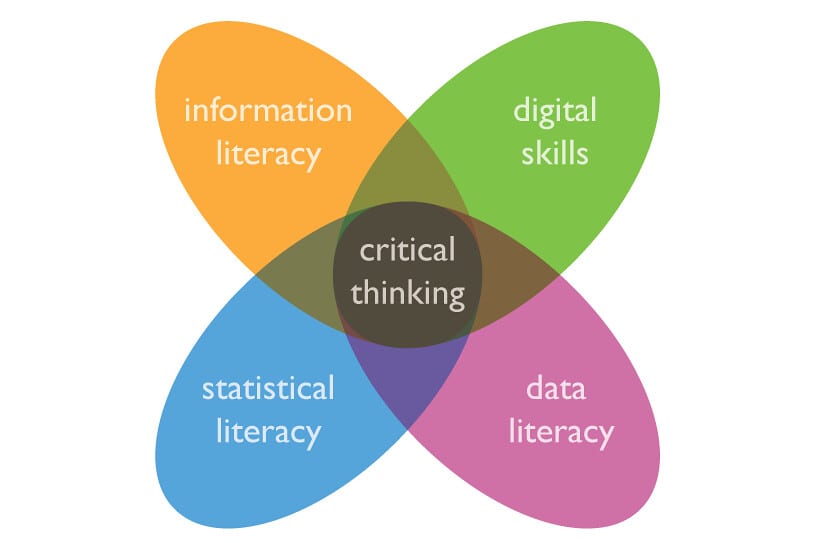 Most people don’t feel like doing anything when they’re sad or in a bad mood, except sitting comfortable in one place (and occasionally overeating). It’s the body’s natural response to emotional adversity, even if we don’t understand how it helps.

If you made an effort and did get up to do things at those times, though, you’d find that it’s actually the best time to complete tasks that require thinking. Research has found that people in a bad mood are much better at focus, time management and task prioritization, though only if they’re emotionally reactive. It was the exact opposite for the people who’re less prone to negative emotions, though, who saw a definite decline in their functioning abilities during their bad phases.[4] 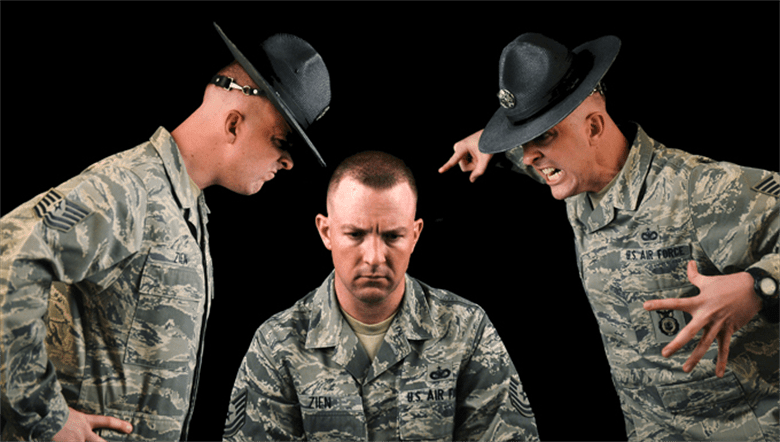 Sadness has been traditionally associated with a lack of motivation, and intuitively so, too. When you’re sad, you’re more likely to focus on the things making you sad rather than how to fix them. It makes sense that being sad would also come with an inability to fix the actual cause of the problem, further feeding into the cycle.

According to science, though, a lack of motivation isn’t one of the side effects of sadness. In fact, studies have shown that sadness is quite an effective motivational tool. Happy people tend to get comfortable and have less of a tendency to change anything in their lives, which may in turn lead to feelings of stagnation or unfulfilment. Sad people, on the other hand, are more driven to get out of their situation, and have a higher willingness to change for the better than others.[5] 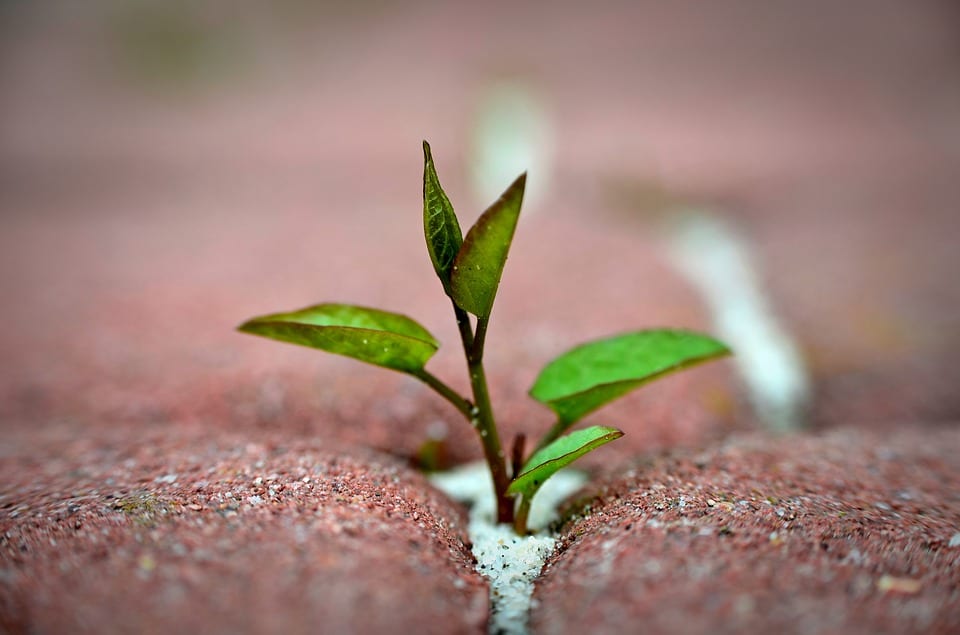 Sadness is a natural response to things not going in your favor, much like happiness when you’re in a good place. Now, we’re not talking about clinical depression, as it’s a diagnosed medical condition that should definitely be treated out of the system. When it comes to general sadness, though, we all go through it every now and then depending on our specific circumstances.

While we agree that it sucks to be sad – even occasionally – science says that it actually come with an unintended benefit. One study done on 2,400 subjects found that the people who had gone through some kind of misfortune in their past lives were more emotionally well-adjusted than others. They’re better at dealing with bad situations than those who had never gone through similar experiences, making them better equipped to handle adversity later in life.[6]

4 Nice People Are More Likely To Be Sad 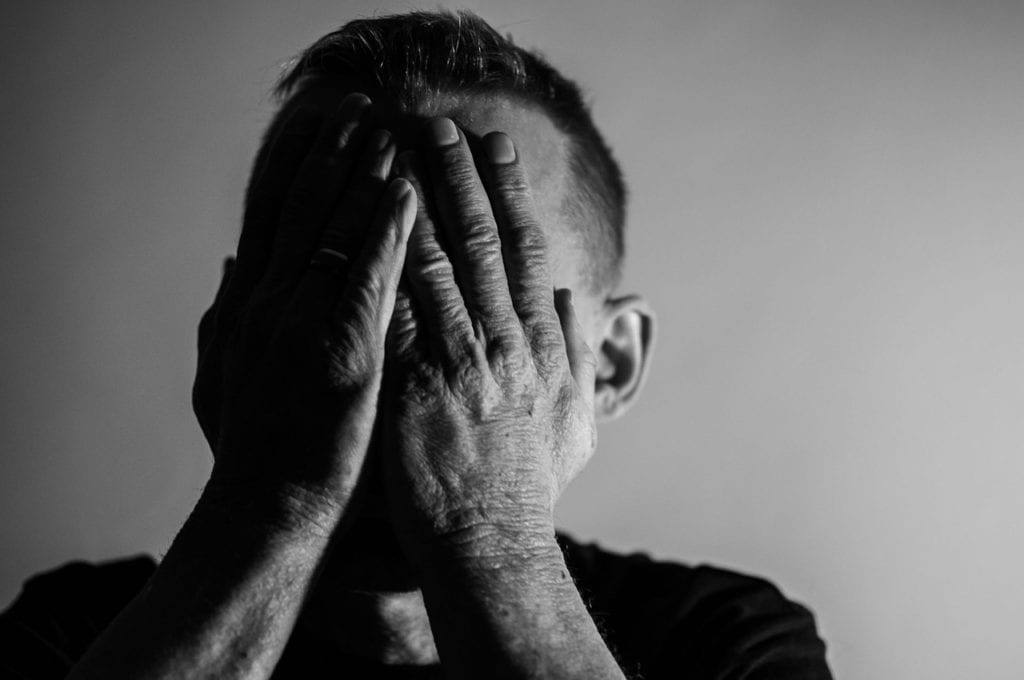 It has long been suspected that generally nice people have a higher likelihood of being sad at the state of the world around them. While we’ve never had much data to support it, it stands to reason that the nicer you are to other people, the more likely it is that you’d be negatively affected by their bad situations.

Studies done on the subject confirm that yes, that is absolutely true. People who’re more prosocial – or more aware of others – than individual are more likely to have symptoms of depression, or are more likely to develop it later in life. It doesn’t mean that being nice and more receptive to others would make you sadder in life, though it does mean that inherent qualities like altruism and niceness come with their own set of side effects.[7] 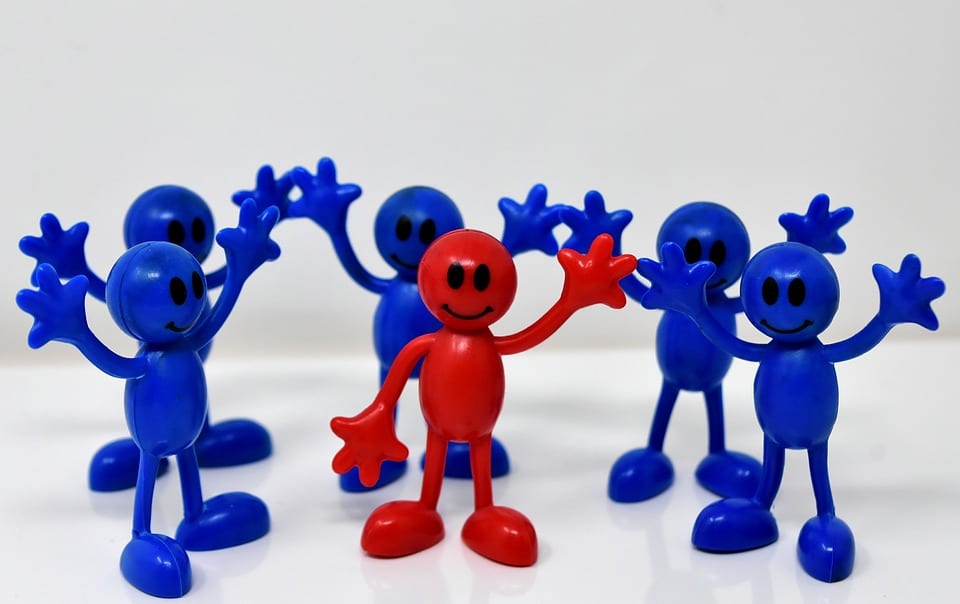 Corporate manuals are filled with advice on how to achieve better performance at team-based tasks. Bosses are instructed to try everything – from breathing exercises to excruciating overtime – to maximize productivity. None of them, however, mention ‘being sad’ as a possible way to motivate your team.

A study found that teams under group leaders who display a lot of sadness are more creative than those with relatively-happier leaders. The researchers clarify that the sadness should be authentic for it to work, or at least seem authentic to the rest of the group. Teams under happier leaders, however, are better at analytical tasks. 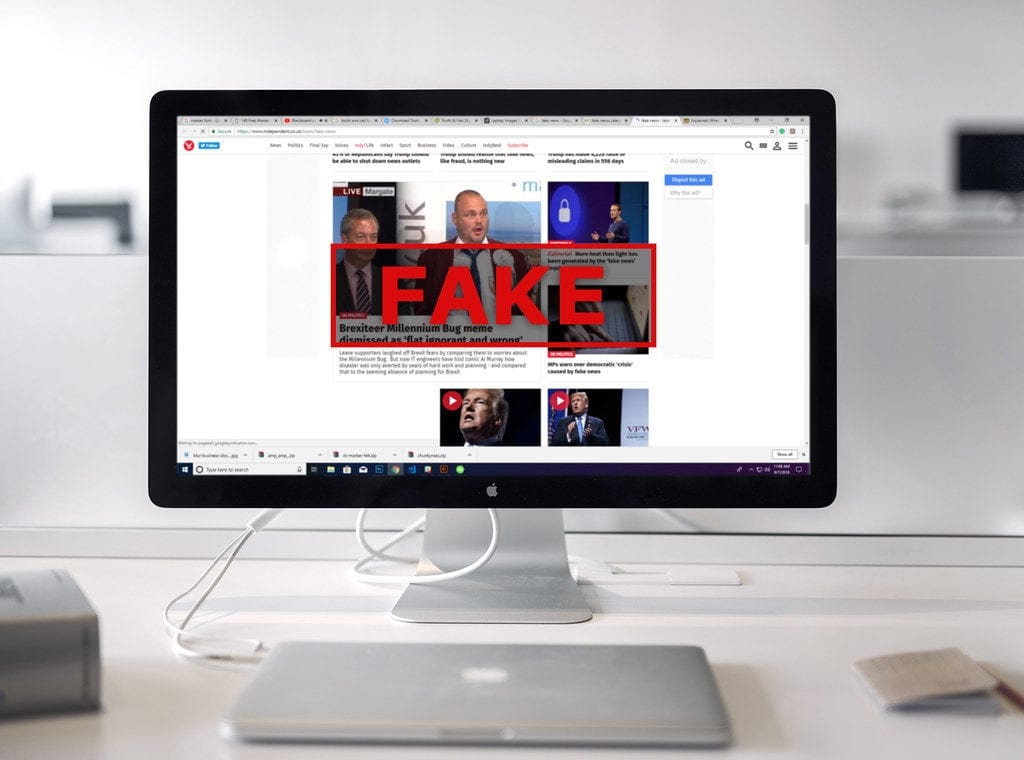 Because of internet and fake news, gullibility is now a commonly-found trait among most populations. It’s easier than ever to use misinformation to change someone’s opinion, a tactic actively used in elections around the world. While we can’t say that we know of any way to stop that—except promoting fact checking skills through PSAs – we do know of one way you can make yourself less gullible; just be sad.

Quite a few studies have found that sad people are much less prone to fall for misinformation than the happy ones. They’re generally more skeptical, too, as well as better at detecting deception. Moreover, one weirdly specific study discovered that sad people are better at eliminating misleading details in eyewitness recollections.[9] 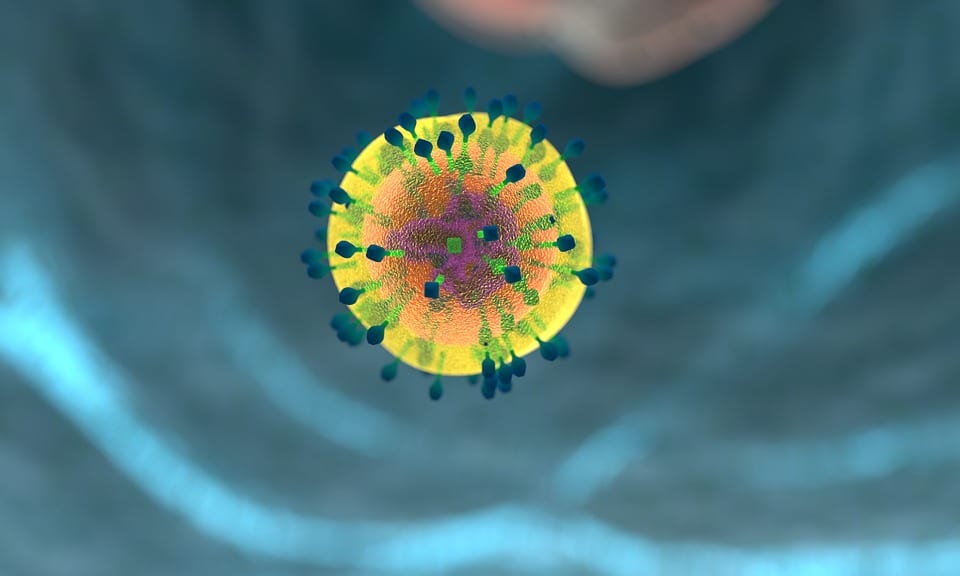 There’s no doubt that depression is a debilitating disorder that adversely affects people. It’s one of the leading causes of death in most countries around the world, with suicide rates on a consistent rise. In light of that, depression is an anomaly. There’s no way it should have survived for so long, as it offers no evolutionary benefits.

If you ask evolutionary experts, though, depression offered some clear benefits during our evolution, like higher immunity and heightened senses during emergencies. Research has found that people with depressive disorders also carry a specific gene that protects us against infections. In our early days, a depressive episode would have helped us stay indoors and shut off our body to conserve energy, in case there was a chance to get wounded or infected.[10]


After all that surely it’s time for something cheerful? How about 10 Things That Will Make You Die Laughing, or 10 Hilarious But False Theories About The Penis.