The traditions and personal beliefs concerning the afterlife vary from culture to culture. The people of Mesopotamia, for example, believed that without a proper burial the ghost would return to haunt them. The Maya, on the other hand, buried their dead in a manner that helped direct the spirit to the underworld. The one idea that is universal is the desire for the spirit to move on and for the corpse to stay buried. Unfortunately, it doesn’t always work out that way. Body snatching is a dark practice that has and will continue to occur for reasons just as baffling as the act itself. 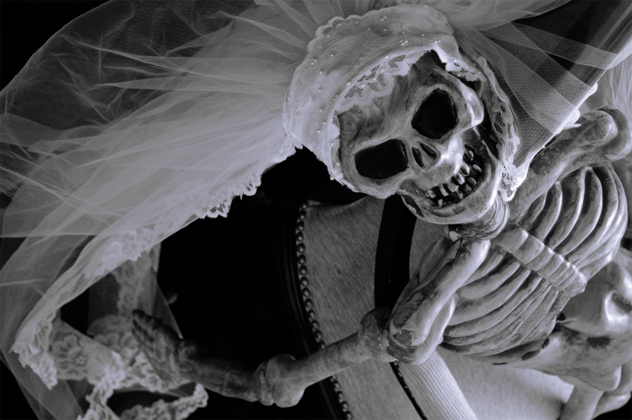 In China, it’s never too late to find love—even after death. While few and far between, ghost weddings are an old tradition for those who died single. It’s believed that they’re a way to appease the spirits; in other words, they think the ghosts will be too busy honeymooning to haunt anyone.

The way it works is the families of two recently deceased singles agree to bury the dead together, partnering them in holy, postmortem matrimony. In a recent case, however, brides were being stolen from their graves and their families had no idea. A ring of grave robbers was arrested for selling corpses to families as “ghosts wives” for their deceased sons, regardless of whether or not the ladies were even single at the time of their deaths.

The women’s bodies were dug up, cleaned, and sold with falsified medical records for the price of $38,000. The ring got away with selling 10 of these corpses illegally before being caught and sentenced to 28 to 32 months in prison.

Explore the world of the dead with this chilling anthology of short stories. Buy Grave Robbers at Amazon.com!

An investigation into a series of grave desecrations in Russia led police to Anatoly Moskvin, a local writer and historian. The 45-year-old was caught with the bodies of over 20 females in his apartment when his parents dropped by for an unexpected visit. They contacted authorities immediately. The corpses were all between the ages of 15 and 25 years old. He had changed their clothes and made any repairs needed to the remains in order to create his “dolls.” He openly admitted to digging them up, bringing them home, fixing them up, and keeping them in his home as “research” for his current book.

Moskvin gathered his collection of women from mostly local cemeteries, although he visited a total of 750 cemeteries all around the country. He didn’t always take bodies, preferring sometimes to just take the dead women’s clothes. The above video was taken during the investigation and describes the extent of the crimes. It’s all in Russian, but if you skip to about 1:25, it shows what the inside of Moskvin’s house looked like. At one point, the voice-over confirms, “These dolls are made of mummified human remains.” Creepy. 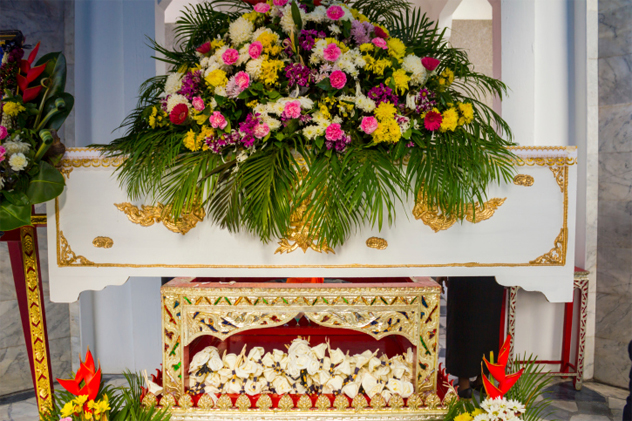 Not all acts of body snatching start belowground—sometimes the corpses are intercepted before they can get anywhere near a grave. Teoh Cheng Cheng, a 38-year-old waitress, hanged herself after having an argument with her boyfriend in June 2014. She was born Buddhist but decided to convert to the Muslim faith for her boyfriend, which led to the question of what should happen to her remains. Both her parents and her Muslim boyfriend agreed that she would have preferred a Taoist funeral, so the arrangements were made and the funeral proceeded as planned.

During the funeral, though, officers from the Penang Islamic Religious Department (Jaipp) showed up and took the body, claiming that, as a Muslim, Cheng Cheng needed a funeral that complied with the Islamic faith. The distraught family consented at the time, but soon launched a legal battle over the proper way to inter the remains. Caught in the middle, Cheng Cheng’s body waited in a mortuary while lawyers argued over the fate of her soul. After several days, the Teoh family won out and Cheng Cheng was cremated according to Taoist rites. 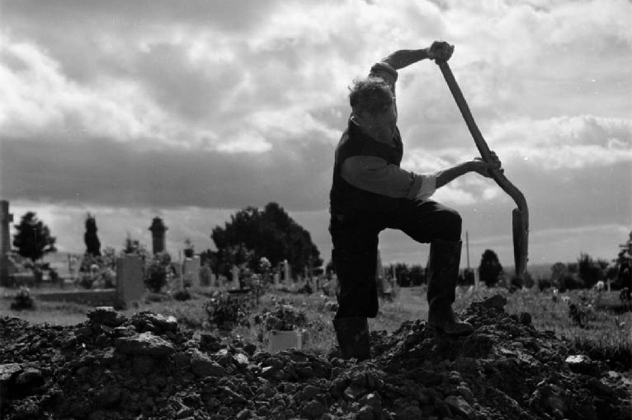 One of the oldest motives for body snatching is the pursuit of scientific and medical advancement. Medical students as early as 1319 have been caught stealing corpses to study their anatomy. It didn’t take long for this concept to expand into stealing and selling bodies or random body parts as materials for transplants.

Eileen Currier is one of the many victims of the body snatching business. Eileen was 72 years old when she died of lung cancer. Her children had her cremated and scattered her ashes in San Diego, only to later find out that the ashes hadn’t belonged to their mom. Eileen’s actual body had been sold for medical research without the family’s consent.

Other than the moral issues surrounding these practices, there are serious dangers. The business obviously isn’t regulated in any way, which means there’s no telling what kinds of diseases the body parts could be carrying. It’s all about the money, of course—a brain is worth $600, and an elbow or a hand goes for around $850. Each individual corpse can be divided up and sold for anywhere from a couple thousand to tens of thousands of dollars, making the illegal sale of corpses quite the lucrative business with no signs of slowing down.

Bury yourself in this morbid fictionalized account of 19th-century bodysnatching. Buy The Italian Boy: A Tale of Murder and Body Snatching in 1830s London at Amazon.com! 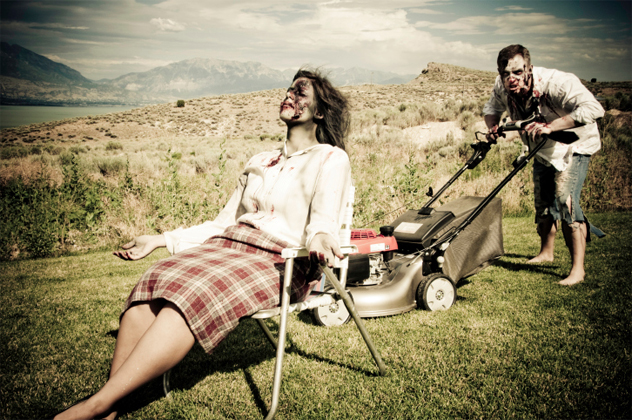 Anyone who’s ever lost a loved one can agree that it’s an incredibly difficult experience. Apparently, Vincent Bright of Detroit had a particularly hard time letting go after his loss—he ended up pleading guilty to stealing the corpse of his 98-year-old father, Clarence Bright. Vincent stole the body from the Gethsemane Cemetery on January 14, 2013. He then brought his father home and tucked him away in his freezer, hoping to resurrect him in the near future. Although Vincent is well known for being very religious, what made him think he had the ability to raise the dead is still a mystery.

Vincent’s guilty plea and the reasoning behind the theft was enough to stop prosecutors from going after the maximum sentence of 10 years that usually accompanies charges of disinterring a body. Everyone involved in the legalities of this case agreed that the help of a mental health professional would serve Vincent better than jail time. 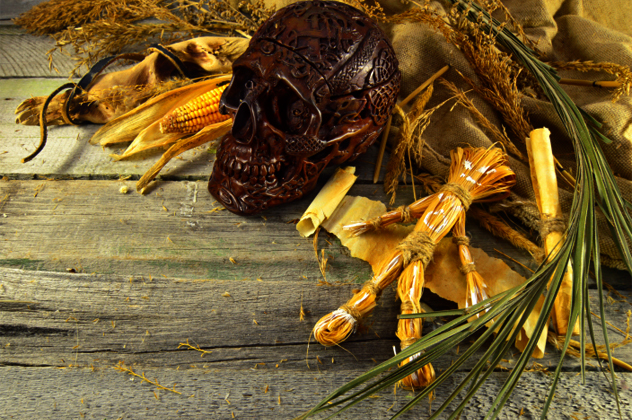 In San Juan, Puerto Rico, 40 bodies went missing from the oldest cemetery in the town of Gurabo. The government was in the process of digging up graves with the purpose of relocating the bodies, only to discover that many of the graves were empty. The value of steel coffins on the black market was considered, but further investigation of the tombs revealed that none of the bones had been left behind. Talk of Santeria rituals quickly spread, causing Santeria priest Arlene Gonzalez of Templo Yoruba to step up and defend her faith. She insisted that animal, not human, bodies are used in their rituals and went on to explain that Paleria practitioners could be responsible.

Palo Mayombe means “wooden stick” (referring to a magic stick or staff) and is literally like the stuff you see in movies: large, wooden staffs, cauldrons, creepy symbols, and, of course, human bones (usually skulls). While it’s similar to Santeria in its Afro-Caribbean roots, Mayombe is much darker and is used to control or curse people and sometimes even to inflict death. Most Santeria practitioners are scared of the “death magic” used in Mayombe; they call it brujeria, or black magic. Every ritual they perform—regardless of its purpose—requires the use of human bones, which means that every person practicing this faith is stealing remains.

4For A Little Extra Space 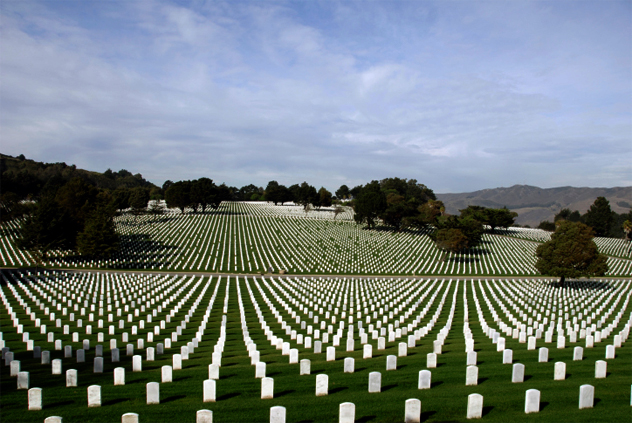 The director of Burr Oak Cemetery, Carolyn Towns, was arrested in 2009 for selling graves that were already occupied. She pled guilty in 2011 and explained the details of her crimes. Apparently, after a family had paid for a casket, funeral, and burial plot for a deceased loved one, Ms. Towns would come along and destroy it all for her own financial gain. To make the space she needed, she’d have the body dug up and dumped in some other part of the cemetery. Sometimes she would have the vaults and caskets crushed to make room for new ones, and sometimes the caskets would just be stacked on top of each other.

Ms. Towns admits to stealing over $100,000 from the cemetery. Since the graves had already been sold once before, no one at a corporate level would know about the cash flowing in after their resale, allowing her to pocket the money. The estimated number of graves desecrated by her morbid sales tactics was around 300 until an archaeological research team went in and found additional remains. Now the tally appears to be closer to 600, but there could be even more that haven’t been found yet. 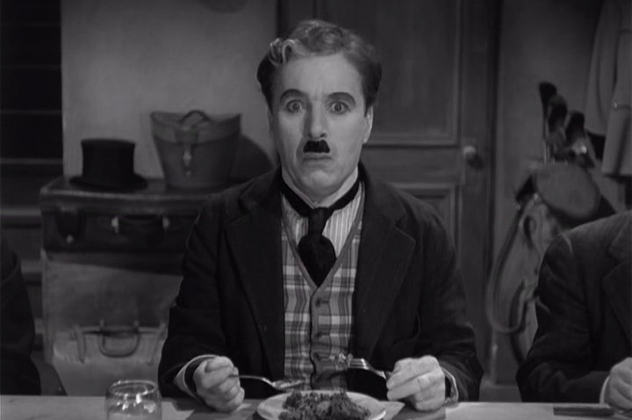 Everyone knows who Charlie Chaplin was, but what most people don’t know is that his body was stolen from its grave with the purpose of extorting money out of his grieving widow, Oona Chaplin. Chaplin’s wife found this ridiculous and claimed that her husband would agree with her when she flat out refused to pay and went on with her life. The body thieves continued to call Oona and began threatening her youngest two children.

A five-week investigation led police to Roman Wardas and his sidekick Gantscho Ganev. The two car mechanics said that they had only taken Chaplin out of desperation to solve their severe financial issues. Wardas was sentenced to four and a half years of hard labor for grave robbing and attempted extortion. Ganev was only given 18 months for having limited involvement. Police retrieved Chaplin’s body from a cornfield just up the road from his family’s home. His body was reburied, but instead of covering him with soil, his family decided to top him off with concrete, making future thefts impossible. 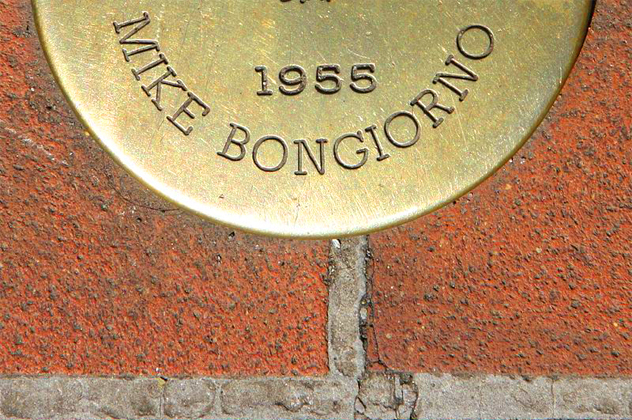 Popular Italian television star Mike Bongiorno died at the age of 85 in 2009, but he wasn’t done making headlines. A visit to the family tomb one Tuesday revealed Bongiorno to be missing—coffin and all. Naturally, police expected this case to be a ransom situation, but no real call ever came in. There was a fake ransom call from two people trying to cash in on the lack of development in the case, but the police soon realized that they had no idea where the body actually was and simply arrested them for fraud.

Eleven months after the corpse and coffin were stolen, they both reappeared . . . in a ditch. Creepily enough, it appears that the only motive behind the body snatching was to hang out with Bongiorno. Someone stole his remains, kept them for almost a year, then just dumped them beside the road when they got tired of them. His family was just relieved to have him back and decided to have him cremated as a preemptive strike against future joy rides. 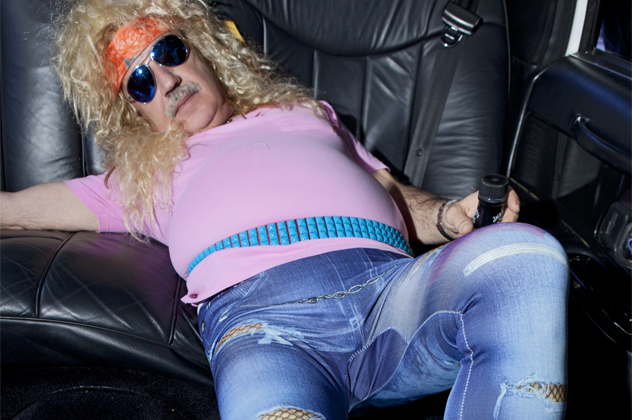 On August 27, 2011, two Denver men decided to live out their own rendition of Weekend at Bernie’s. Robert Young and Mark Rubinson found their friend Jeffrey Jarrett dead, and instead of reporting it to the police, they piled him into the car with them for one last night on the town. The two men used Jarrett’s credit cards to buy dinner and go out for drinks, all while Jarrett’s body sat patiently in the backseat of the car.

They made another stop at a second diner before bringing his body home and tucking it into bed. With the corpse snuggled in tight, they went out again with Jarrett’s debit card and withdrew $400 in cash, because the generous dead man was apparently funding their debauchery at the strip club as well. At this point, the duo made a final stop for munchies before flagging down a cop to report the death of their friend. The two were charged with identity theft, criminal impersonation, and abuse of a corpse.