We know that science doesn’t have the answers to everything, but seeing that it’s 2014 and the future is almost here, there are some questions we really expected it to have answered by now.

10How Does Turbulence Work? 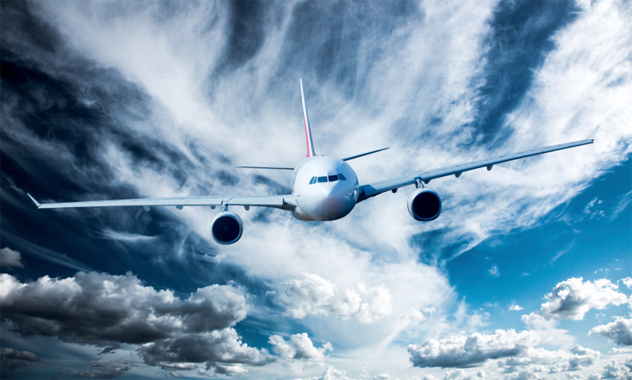 Everyone has gone through a flight where the pilot asks you to tighten your seat belts because of excessive turbulence, but even though it is so important to things like air safety, we just have no idea how it works. It has perplexed scientists to such an extent that Einstein once famously said, “Before I die, I hope someone will clarify quantum physics for me. After I die, I hope God will explain turbulence to me.”

The problem is aggravated by the fact that wherever the need to study turbulence arises—like in jet propulsion—chemical reactions take place alongside the high pressure and extreme conditions, which makes it difficult for researchers to study the exact conditions needed to produce turbulence. If somehow we could figure it out, it could be applied to a variety of uses since turbulence occurs everywhere in nature. Maybe one day we’d even be able to predict hurricanes or other natural disasters with accuracy, thus minimizing the damage and finally scoring one over nature.

9Why Do Cats Purr? 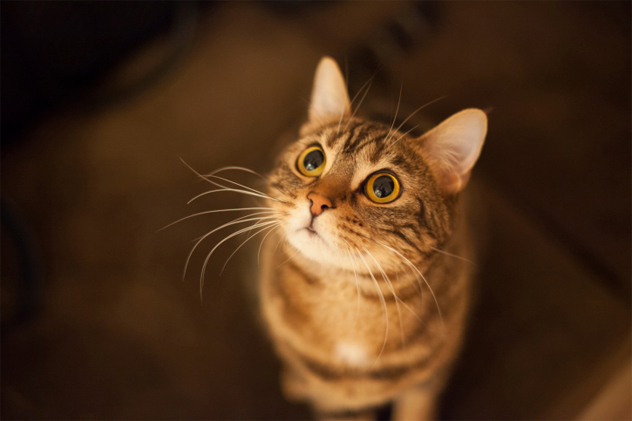 We’ve shown before that cats don’t always purr when they’re happy, but the mystery goes way deeper than that. There is no purring organ in the throat of a cat, and even though extensive research has been done on the function itself, the exact origin of the function in the anatomy of cats is still unknown.

It’s theorized that they might do it by the constriction and dilation of the larynx, but no evidence has ever been provided to prove or disprove that theory. It was, however, found that the frequency of a cat’s purr falls somewhere in the range required to accelerate bone regeneration and healing, so it might just be a healing superpower that we had no idea even existed in the animal kingdom. That might also explain why we take it to be a happy sound, as the frequency is not just beneficial for the cat—it tends to make us happier as well. 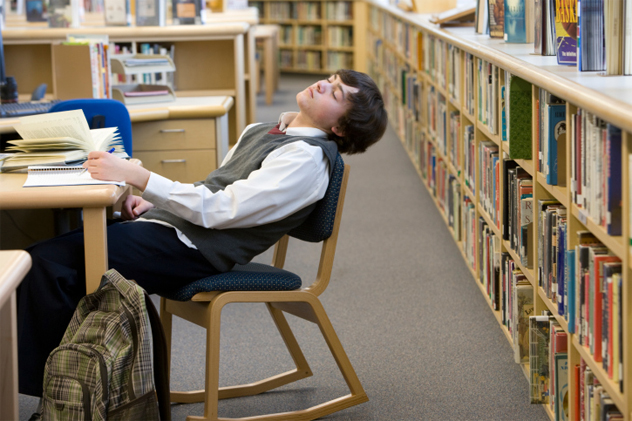 Often when we are about to fall asleep, we experience a kind of a falling sensation which causes us to wake up with a start. It happens to almost everybody, and the sensation is known as a hypnic jerk. It also sometimes happens when you tilt the chair you’re sitting on too far—somehow you can sense when you’re about to fall, and you wake up with a hypnic jerk. We really have no idea what causes them or whether they serve any modern purpose, but science has come up with some interesting theories.

One hypothesis suggests that our bodies developed this mechanism when we used to sleep on branches or high ground, and it was meant to help us avoid a fall. But there is no evidence to support it, and humans rarely slept on trees or precarious cliffs as a matter of habit. Other theories suggest that it happens because of the slowing down of the body’s processes when you fall asleep, but again, there are no scientific studies to support that claim either.

7How Exactly Do Magnets Work? 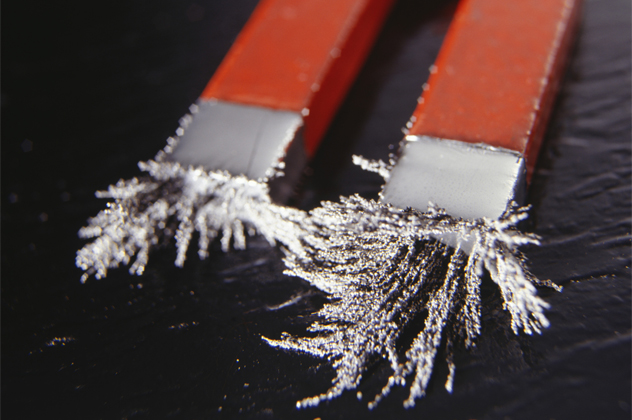 Magnetism is a widely observed phenomenon in our universe, but a lot of things about it remain unexplained. For example, why do particles charged with electricity create a magnetic field strong enough to physically move things from far away? And when they do, why exactly do they align themselves to two poles, north and south?

Explanations range from “it’s just one of those things” to particle movement at the quantum level, and MIT even has a whole laboratory dedicated to research on nothing but magnetism. We know that it’s happening, and we have a good idea of what exactly is happening, too—the particles align themselves in a way that adds up their charge in one direction, but it’s not very clear as to why the particles emit a magnetic field to start with. The fact that the Earth’s magnetic field is not well understood either further restricts our ability to understand magnetism.

6Why Do Giraffes Have Long Necks? 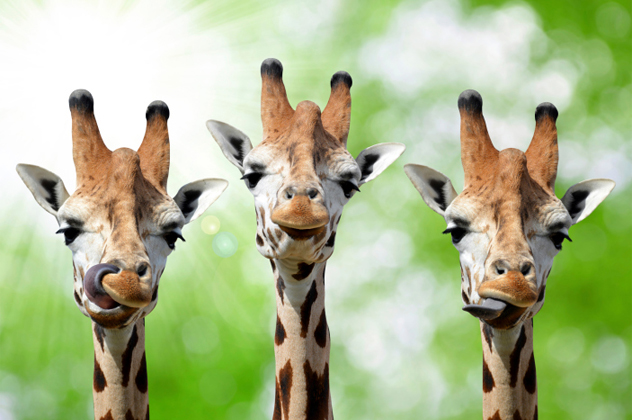 Many may believe that only giraffes with long necks survived evolution because they had an advantage over the other, short-necked ones, but that’s not really true. Longer necks provide no particular advantage to giraffes because they care more about the type of leaf than the height at which it’s situated. If it’s confusing to you, science doesn’t have much of a clue either. There’s just no consensus on the exact conditions that would have caused long necks to be selected positively among giraffes.

One theory is that the giraffes developed long necks as a mating trait—in other words, it helped with the ladies—but there’s not much evidence to support that hypothesis. On the contrary, big, heavy necks, no matter how good they look, would be a definite disadvantage in the wild and are sure to die out at some point in the future. Another theory says that they had to develop long necks because of long legs, but again, that theory is based less on factual evidence and more on a scientist looking at a giraffe and guessing.

5Why Do Birds Migrate? 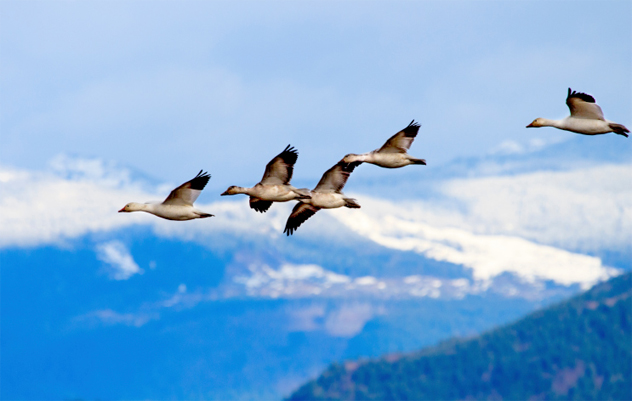 We know that birds migrate over really long distances every year to lay eggs or to escape harsh winters. What we don’t know is how they do it at all. The migration of birds remains one of the most mysterious animal behaviors known to science, and even though they’ve been trying hard to solve it for a long time, answers haven’t been easy to come by.

Consider this: Cuckoos migrate and lay their eggs in other birds’ nests, then just fly away to their own business. When the young ones grow up, they make their way to their ancestral lands without any help whatsoever. Scientists do believe that they are able to use a variety of compasses based on the stars and the Earth’s magnetic field, but a compass can only guide you—it can’t tell you the coordinates of a location you should have no idea about. Clearly, cuckoos are one species you don’t want to mess with. 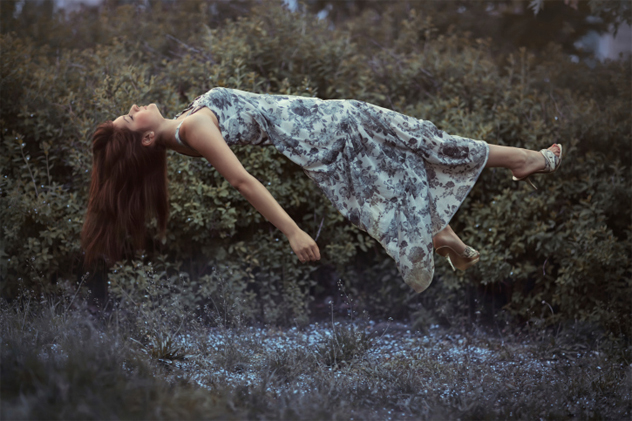 Newton pioneered the study of gravity over 350 years ago, and you’d think that we’d have it all figured out by now. But the more we’ve progressed in our knowledge of the world, the more baffling gravity has become for researchers. For starters, we know the causing particle for each of the four fundamental forces of the universe—except gravity. A graviton is believed to be that particle, but we’re pretty far from actually finding it.

Another thing about gravity is that it is the weakest of all the other fundamental forces, yet if we look around the world, that doesn’t seem to be the case at all. Gravity keeps galaxies together, and it is about 1040 times weaker than the electromagnetic force. The fact that it’s so weak makes it all the more difficult to study it in the lab.

3How Do We Store And Retrieve Memories? 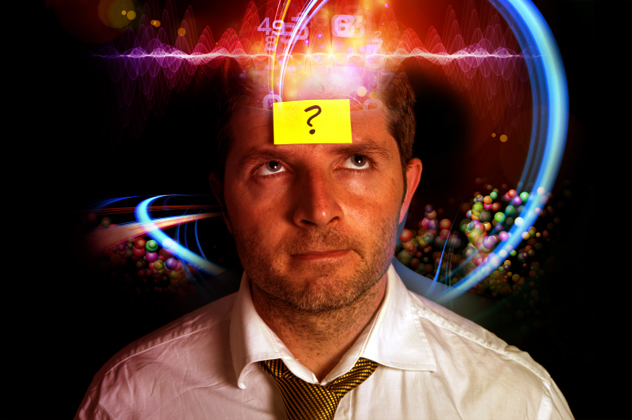 Science has come a long way toward understanding how our bodies work, but memories are still one of the most perplexing problems of the human anatomy. We just have no idea exactly what parts of the brain are involved in the storage of our memories, though we do know that a lot of areas of the brain are involved in the process. Even more confusing than memory storage is memory retrieval. Scientists have been looking into how our brains trace a particular memory from our memory bank since at least the ’20s, but it’s still not clear how we do it.

What we do know for sure is that it has something to do with neurons and the connections between them. When we see something that triggers a memory to be traced, many parts of the brain interact with each other simultaneously to make us remember it. Beyond that, though, the whole thing is a mystery.

2Why Do Women Go Through Menopause? 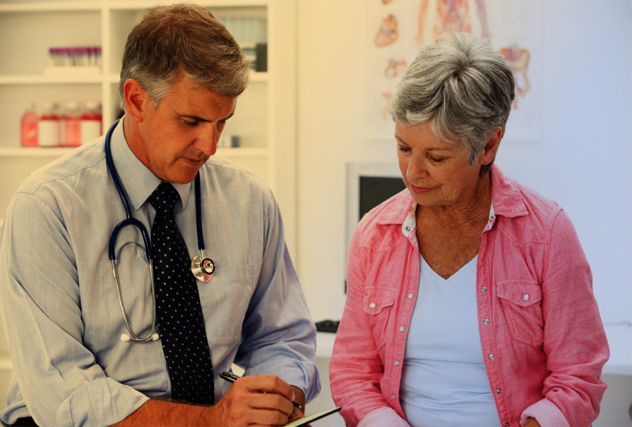 Menopause defies all the rules of evolution. The ability to reproduce in the animal kingdom ensures that the species are able to pass on their superior genes, but in humans, something weird happens. Women decisively lose their ability to pass on their lineage at the age of about 45–50, and science just doesn’t have any idea why. From an evolutionary perspective, it is always harmful for a species to completely give up their ability to reproduce, as survival by natural selection ceases to take place once that happens.

One explanation is the grandmother hypothesis, which says that after a point, women should spend more time caring for their grandchildren than their children, but the benefits of that are far inferior to the benefits of giving birth to your own children. It’s also not abundantly found in the animal kingdom. Apart from humans, only two species of whale completely stop breeding at a certain age and go on to live for a significant amount of time. Other animals that experience deteriorating sexual abilities, however, often die out soon after. 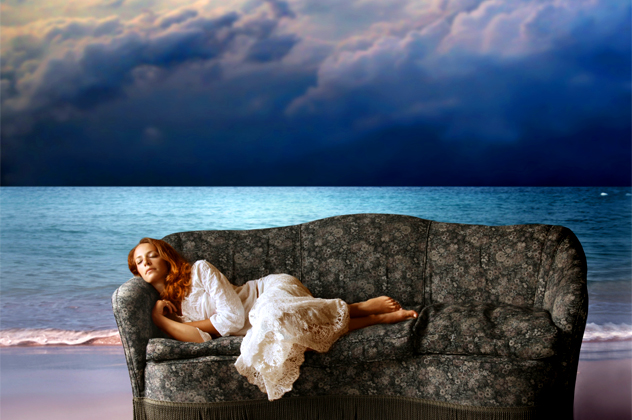 Dreaming is one thing that’s common to us all. It might differ in the way it happens for some of us, but it’s definitely a resident feature of all of our brains. You’d think that science would be able to figure out why our brains decide to go in LSD mode every night, but sadly, there are no definite answers as to what exactly dreams are. Some people believe that they’re just random images which serve no purpose, while others believe that they carry a deeper meaning, though we’re all pretty much guessing here.

Some theories suggest that dreams are a manifestation of things we’d rather not think about during the day, like sexual fantasies, though many modern scientists don’t agree with that. What they do agree with, however, is that dreams are most likely symbolic of something deep in our psyche, though no one can decisively say what. The jury is divided on whether they serve any purpose at all, and it looks like it’s going to take a long time for us to come to a universally accepted answer.

Check out Himanshu’s stuff over at Cracked or say hi to him on Twitter.