In the immortal words of author Joseph Heller, “Just because you’re paranoid doesn’t mean they’re not after you!” These examples are a testament to the truth of that statement. Some environments, such as espionage and politics, induce paranoia much more easily than others, but in the end, sometimes that suspicion is warranted. After all, even paranoid people can have enemies. 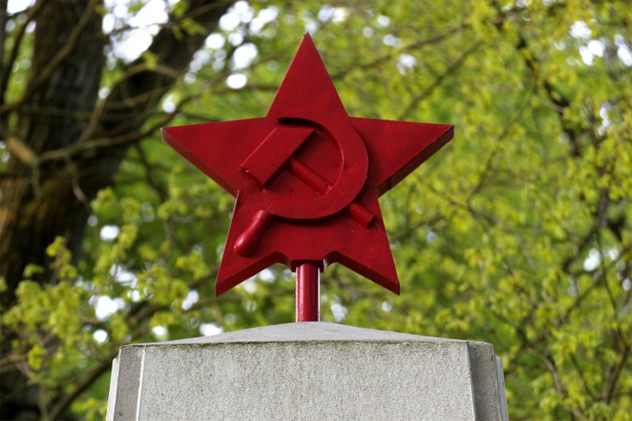 The long-time counterintelligence chief at the CIA was a man whose job was as simple to describe as it was difficult to perform: Catch all Soviet spies and their allies in the US. His was a world of smoke and mirrors where trust was a mere chimaera. That constant pressure made him see a massive conspiracy in which dozens of people in the CIA were in fact Soviet moles. It’s generally agreed now that Angleton thwarted the work of the whole agency by squandering an absurd amount of agency resources to catch non-existent moles.

But as luck would have it, there really were double agents who sold American secrets to the Soviets and the Israelis—Aldrich Ames, Robert Hanssen, Jonathan Pollard, and Christopher Boyce were just a few of the more public names. Granted, they probably weren’t part of a coordinated spy network, but they really existed and they were really harming American interests with their activities. Aldrich Ames alone is purported to have compromised over 100 operations. 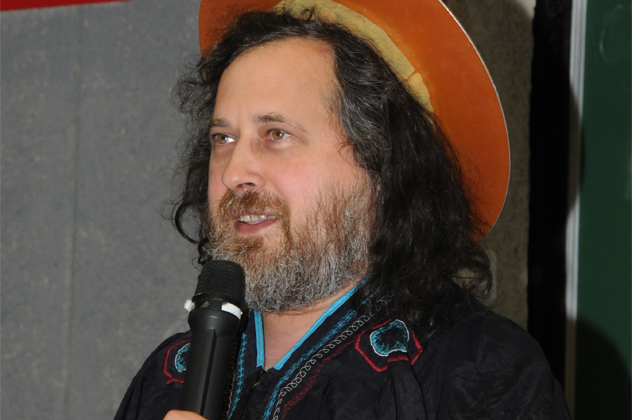 Richard Stallman, the disheveled guru of free software, has always been a strong advocate of the “Four Freedoms,” a stance which he claims is born from an instinctive distrust of secrets and opacity. Stallman spearheaded the creation of the GNU operating system, which usually runs on the Linux kernel and is the basis of the operating systems in Android phones, most Internet servers, and 97 percent of the world’s top 500 supercomputers. He is notorious for rejecting the usage of mobile phones, which he calls “portable surveillance and tracking devices,” and for not browsing the Web, which may sound odd coming from an IT expert but which is completely justified in his worldview.

After the Wikileaks and Snowden leaks that revealed how Western intelligence services regularly track and record phone usage and which detailed how Verizon was forced to hand over data from millions of phone calls, he has been proven right. 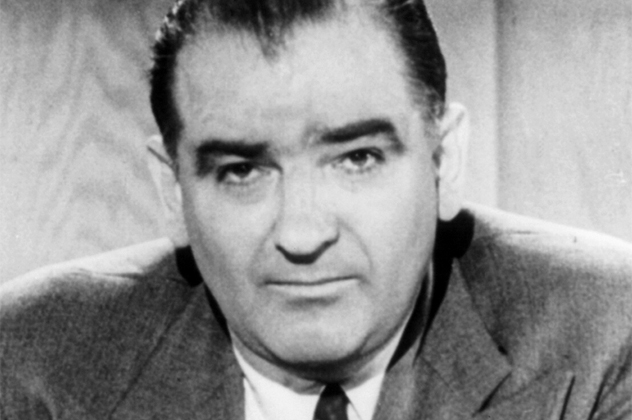 A junior US Senator from Wisconsin, McCarthy is notorious for being the face of the 1950s Red Scare in which hundreds of American citizens were tried for conspiring against the US. He accused hundreds of being crypto-communists and launched a witch hunt that deeply affected both the State Department and the Army. The thing is, there was really a communist infiltration in the works. Around that time, an intercept of Soviet documents from the KGB called the VENONA papers had established the existence of a mole at the top of the Department of State.

Although McCarthy was not entirely right in his zeal, there was a great degree of truth to his statements. In the end, though, his histrionic personality might have played against him. The film Good Night and Good Luck features stock footage of McCarthy that offers a pretty accurate picture of how over-the-top he really was. 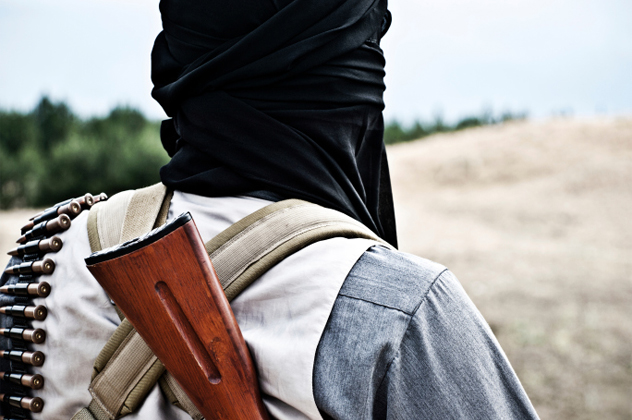 Probably the most obscure person in this list, Colonel Suedani was the chief of Syrian military intelligence in the 1960s. A deeply suspicious man, he trusted no one—especially businessman Kamel Amin Tabet, who was the friend and confidant of President Amin El-Hafez. He saw something slightly “off” in the charming, Lebanese-born playboy who had immigrated to Argentina and become rich with his wits, his charm, and his linguistic abilities.

With the help of Soviet radio operators and equipment, Suedani made an astonishing discovery: Tabet was in fact an Egyptian-born Jew named Eli Cohen who was working as a spy for the Israeli Mossad. His excellent command of the Syrian Arab dialect was due to being born to Jewish Syrian parents and the excellent training he received in the Mossad. The discovery prompted the resignation of President El-Hafez, the execution of Cohen, and a new job for Suedani as Chief of the General Staff. 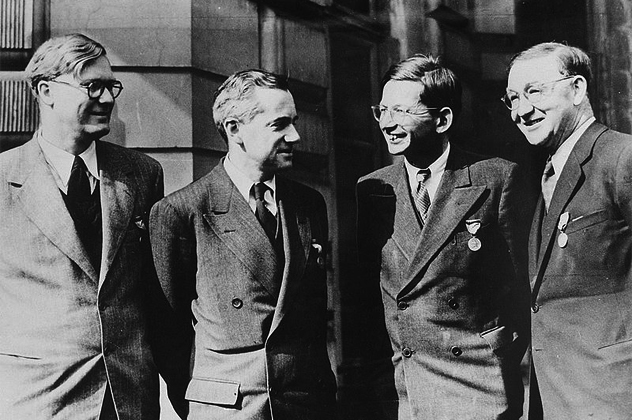 This brilliant Englishman was a specialist in nuclear physics and was awarded the Nobel Prize in Physics in 1951. As such, he was worried about the safety of nuclear installations. As head of the Atomic Energy Research Establishment, he insisted that the chimneys at the Windscale nuclear reactor be fitted with bulky and costly filters to purify the air that cooled their graphite cores. Those filters were called “Cockroft’s Follies” since the design of the reactor was deemed perfectly safe as it was.

At least, they thought it was safe until the Windscale fire in 1957, in which the uranium fuel in one of the cores caught fire, releasing radioactive particles into the air. Were it not for the filters, the disaster would have been comparable to Chernobyl. As such, thousands of lives were spared due to the foresight and cautious paranoia of Sir John Cockroft. 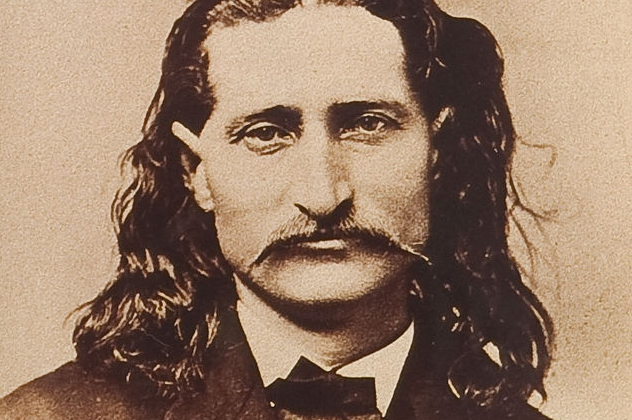 The mythical gunslinger from the Old West, Bill Hickok was one of the sharpest shooters of his age. After serving with the Union in the Civil War, he became a law enforcement officer in Kansas and tamed what was then the wild frontier—but not before he had already killed several men in shootouts and duels. For that reason, he was cautious of those men’s relatives and friends. He became so paranoid that he refused to sit in a room with his back to the door.

But as the years went by and nobody tried to kill him, he relaxed a little. Finally, during a poker game in Deadwood, South Dakota, he sat with his back to the door. He was subsequently shot in the back by Jack McCall, a man whose motive for the crime is still a mystery. The cards Wild Bill Hickok was holding in the moment of his death—a pair of black aces and a pair of black eights—became the “Dead Man’s Hand.” 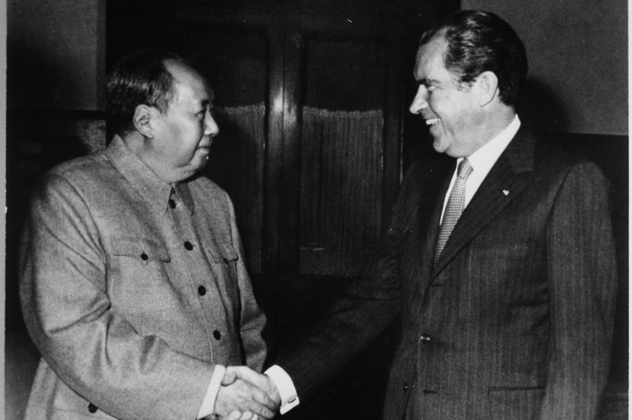 Chairman Mao was the ruler of China from the end of the Chinese Civil War in 1949 until his death in 1976. He wielded an immense amount of power based on his particular brand of Marxism-Leninism dubbed “Mao Zedong Thought”—Maoism for short—which was condensed in “The Little Red Book.” He was beset by an intense distrust of his own comrades that resulted in regular purges. One of the targeted individuals was Deng Xiaoping. He was seen by Mao—and the Gang of Four, which briefly ruled China after Mao’s death—as a dangerously rightist person who could undermine their efforts to create a truly communist society.

They were all proven right after Mao’s death: Deng survived several attacks and became the Paramount Leader of the People’s Republic of China, pushing a reformist program which enabled private ownership of the means of production—in other words, plain old capitalism. The Gang Of Four, which included Mao’s last wife Jiang Qing, was tried and executed. 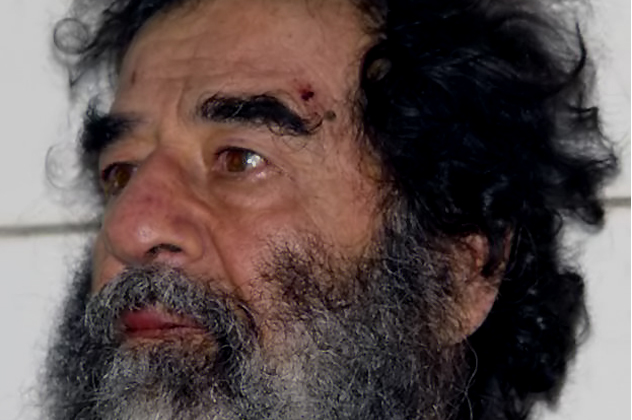 The well-known dictator of Iraq was beset by a constant fear of assassination and overthrow attempts. He was known to purge his own cabinet ministers at the faintest whisper of a plot. He also went to extreme lengths to mislead his enemies as to the whereabouts of the real Saddam—he allegedly used doppelgangers in most of his public appearances, a claim that was completely unsubstantiated.

Despite his excellent relations with the US during the ’80s—when he was gassing his own people and going to war against Islamic Iran—the Kuwait War soured the West on this former darling to the point that the US launched cruise missiles against his palaces several times in futile attempts to kill him. Of course, every single one of his fears was ultimately justified—there were a lot of people who wanted to kill him in the end, and eventually, they succeeded. 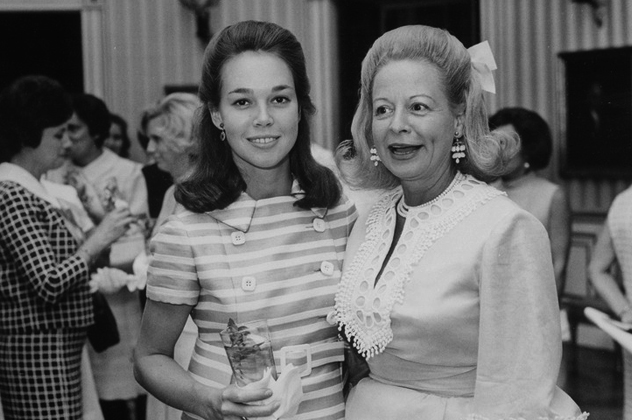 Martha Beall Mitchell was the wife of John N. Mitchell, Attorney General of the United States. She had problems with alcoholism that led to their divorce, and she became famous after a series of contacts with the press in which she claimed that the US government was involved in illegal surveillance and cover-up activities. Allegedly, she was once locked in a hotel room and sedated to keep her from talking to the press. Her claims were dismissed by reputed medical professionals as delusions, but some of the claims were strangely coherent.

The president of the United States at the time was Richard Nixon, and as it turned out, the “illegal activities” that she kept going on about were a little thing that became known as the Watergate Affair. Nixon was quoted as saying that “if there hadn’t been a Martha Mitchell, there wouldn’t have been a Watergate.” Although he was referring to the destabilizing effect her behavior had on her husband, that statement might also be applied to the effect she had on the public which made them more likely to believe Woodward and Bernstein’s articles on the scandal. 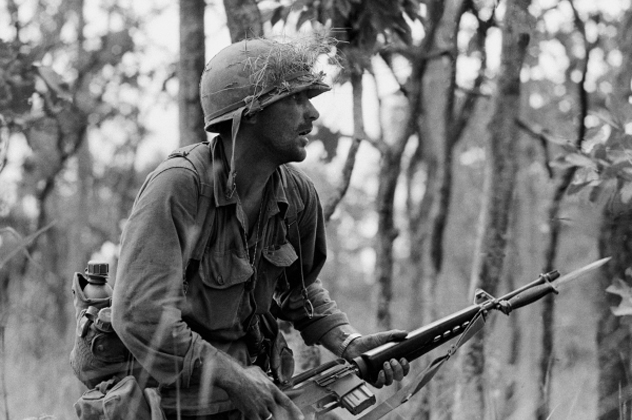 Rick Rescorla, a Cornish-born American soldier, served in Northern Rhodesia (current-day Zambia) and Vietnam, in the process becoming a staunch anti-communist. He first became famous at the Battle of Ia Drang, where a photo was taken that later appeared on the cover of the book We Were Soldiers Once . . . And Young. He then settled down in the US and became a security guard for Dean Witter Reynolds in the World Trade Center. While working there, he and his friend Daniel Hill spent some time assessing the security of the WTC. They both predicted that it could be effectively bombed by putting an explosives-laden truck in the underground parking lot, which Islamist terrorists did in 1993.

After that, Rescorla predicted that the Towers would be vulnerable to an airborne attack and advised his employers to move out of the building to a safer and cheaper location in New Jersey. His advice went unheeded, and Rescorla was last seen on September 11, 2001, trying to evacuate people from the South Tower. The US Department of Homeland Security instituted an award in his honor called the Rick Rescorla National Award for Resilience.