We hear about people being burned at the stake, frozen, and crushed with unbelievable amounts of outside force. But what really happens to the human body when it’s subjected to such extremes? 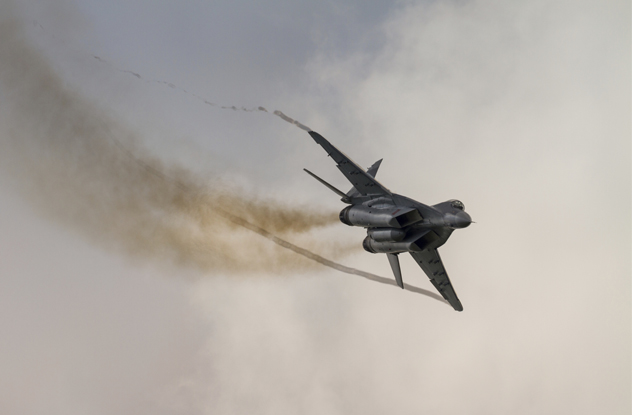 G-forces never really affected humans until as late as the World War I, when pilots began mysteriously losing consciousness mid-flight. Thanks to US Air Force officer John Stapp, we then learned a lot more about how g-forces hit the human body, and the research took some serious dedication to the cause.

Stapp subjected himself to forces of up to 35 g, which is the equivalent of accelerating at 343 meters per second squared (1,125 ft/s²). His bones cracked and broke, and his dental fillings flew out. But the real effect, he determined, was on his blood.

When acceleration happens along a horizontal axis, the body tolerates the g-forces comparatively well because blood flow stays on that same horizontal plane. When g-forces act on the body in a vertical manner, things don’t go so well. Beyond a certain level (about 4 or 5 g for most people), our systems just don’t have enough strength to pump blood, and it all draws down to our lower extremities.

Negative g-forces cause the same problems, interfering with blood flow and making too much blood accumulate very quickly in one place. That’s where g-force suits come in. Air bladders in the suits expand with enough force to keep the blood where it belongs, preventing pilots from losing consciousness.

Stapp survived a final run in which he accelerated to 1,017 kilometers (632 mi) per hour, stopped in one second, and weighed more than 3,500 kilograms (7,700 lb) for a brief moment. He ultimately died peacefully at home at the age of 89. 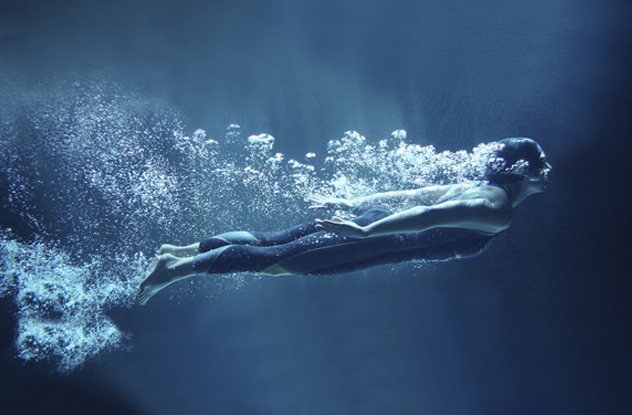 Decompression sickness, commonly known as “the bends,” happens when the human body feels a sudden drop in surrounding pressure. Blood can no longer efficiently dissolve gases like nitrogen. Instead, the gases remain in the bloodstream as bubbles. In severe cases, the bubbles accumulate in blood vessels and block flow, resulting in dizziness, confusion, or even death.

The milder form of decompression sickness, DCS I, usually results in joint pain and tissue swelling. Divers who subject themselves to pressure changes on a regular basis can build up an undetected case of the bends that leads to permanent joint damage. DCS II is the type that can kill. Those stricken by this type experience conditions such as vertigo, paralysis, and shock. 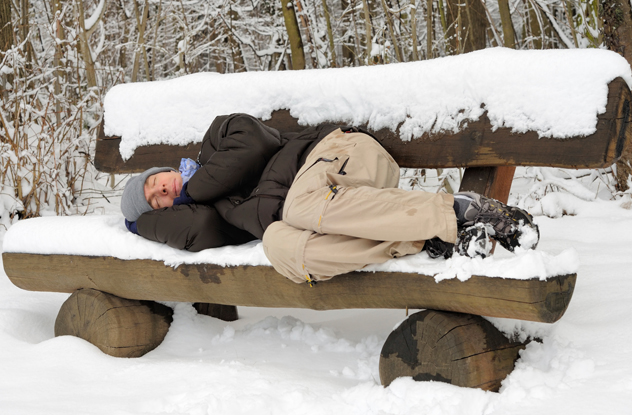 When the body’s temperature drops to about 30 degrees Celsius (86 °F), all bodily functions slow down. Fatigue, clumsiness, and a delay in reacting to outside stimuli are among the first symptoms.

One of the first systems to fail around the 30-degree mark is thermoregulation, or the body’s ability to maintain its core temperature on its own. The heart will also gradually slow, along with lung function, until the rest of the body starves of oxygen. In addition, the renal system quickly fails, flooding the body with a diluted version of urine. This substance leaks into the blood and organs, causing shock or other heart problems.

The reduced metabolism and decreased demand on the body’s systems enables some people to survive extreme cases of hypothermia and recover completely when properly warmed. 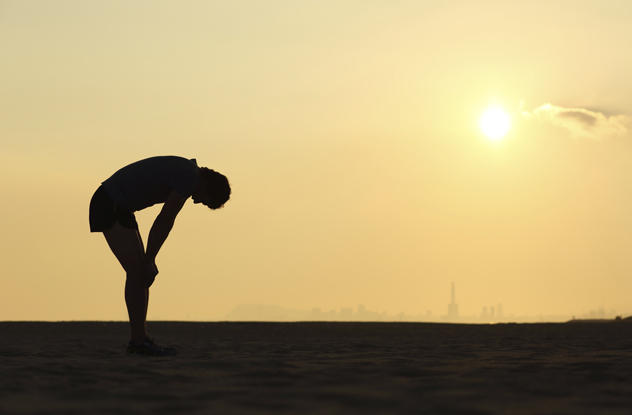 Heatstroke happens when the body’s internal temperature rises above 40 degrees Celsius (104 °F). Classic heatstroke develops slowly with exposure to heat, such as during a summer heat wave. Exertional heatstroke hits people who perform highly physical tasks in hot conditions, such as industrial workers and athletes. With either type, only about 20 percent of sufferers survive without treatment, and many who do survive suffer some degree of brain damage.

Humidity increases the chances of heatstroke by keeping sweat from evaporating, slowing the body’s ability to rid itself of heat. Once the core temperature reaches 42 degrees Celsius (107 °F) for as little as 45 minutes, cells break down. Tissues swell, and the digestive lining weakens, allowing new toxins into the body. In milder cases, called heat exhaustion, only the circulatory system slows. With full heatstroke, however, the nervous system malfunctions as well, causing confusion, convulsions, and dizziness. 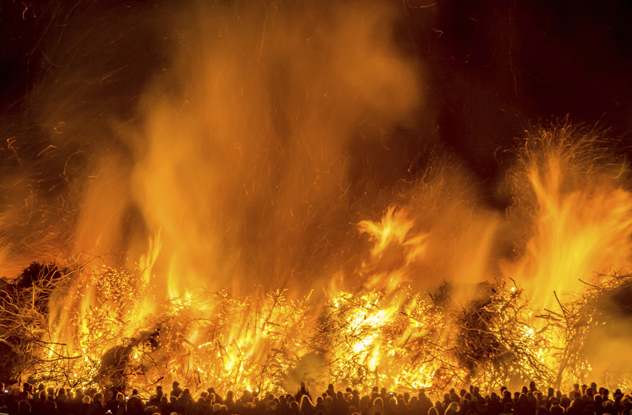 Hot air and humidity can push the body to its limits. But fire, unsurprisingly, takes the body several steps further, through damage, death, and disintegration.

Researchers at the University of West Florida are setting fire to donated corpses to document just what happens to the body. The average human body burns for seven hours. The outer skin goes first, crisping and crackling before it burns away pretty quickly. The dermal layers of skin don’t last much longer, vanishing after about five minutes.

By then, the fire has burned away your shell and starts on the fat layer. Fat is an effective fuel as long as flammable material such as clothing or the wood of a pyre acts like a candle wick. Fat melts away, absorbs into the wick, and then burns for hours. Flames also dry out muscles, contracting them and making the body move.

The fire typically burns itself out when only bones remain, unless they break to expose the marrow. Teeth don’t burn, either.

The research mimicked the fires from crime scenes. During cremation, however, fires roar much hotter, and the body burns more quickly. Most cremation fires burn at 600–800 degrees Celsius (1,110–1,470°F). Yet even at these temperatures, it can take several hours to completely reduce the body to ash.

According to the researchers, a burning body smells exactly like pork ribs on the barbecue. 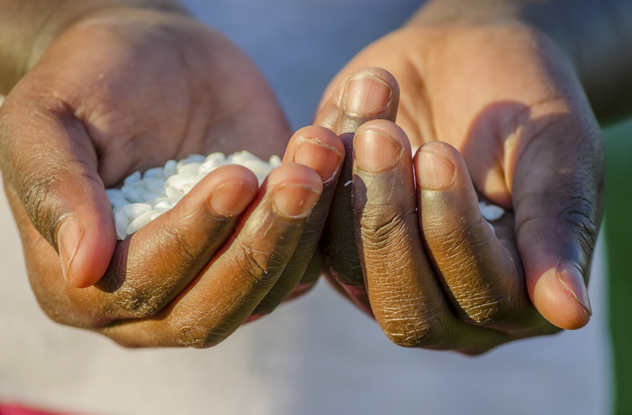 We all know starvation kills, but the specifics are especially horrifying. The stomach physically shrinks, which can make it uncomfortable to start eating normal amounts again even if food arrives to save you. The heart and heart muscles also physically shrink, restricting the amount they can do and dropping blood pressure. Prolonged starvation causes anemia. In women, menstruation can stop completely.

When your body lacks enough sugars to burn, it start breaking down fat. This might sound desirable enough, but when stored fat breaks down quickly, it releases compounds called ketones along with energy. Ketones build up, leading to nausea and exhaustion, not to mention bad breath.

Your bones may permanently weaken after temporary starvation. Perhaps more surprising is the permanent effect on the brain. Without vital nutrients like potassium and phosphorus, the brain malfunctions. You may physically lose gray matter in the brain—even if you resume eating, some of the loss is permanent, making the impaired brain function permanent as well.

Growing children and teens can suffer chronic health issues later in life, such as the inability for a woman to carry a baby to term. Perhaps most weirdly, people suffering from long-term starvation often grow a full coat of tiny, soft hairs called lanugo to help the body regulate temperature. 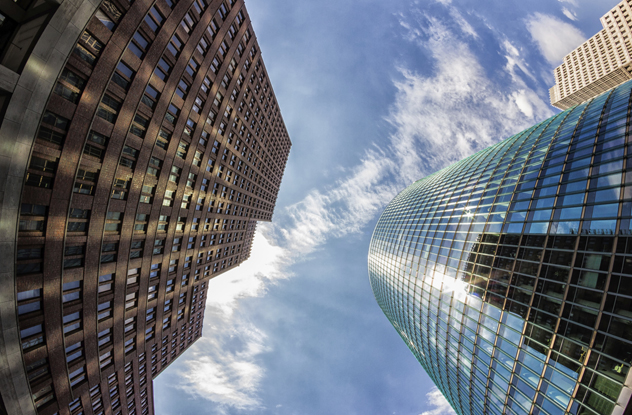 Even if you’re not afraid of heights, you’ve likely experienced a spinning, sick feeling when you look off the top of a skyscraper. This is vertigo, and it’s more than just psychological.

Balance is a tricky thing. When we’re on the ground, we orient ourselves using stationary, steady objects. When we’re at the top of a 30-story building, however, that doesn’t work. The nearest stationary object (besides the floor beneath your feet) is so far away that your body can’t use it to reassure itself that it, too, is stationary.

The building’s sway adds an additional problem. When you’re up high enough, everything sways slightly, and our bodies detect it even if our conscious minds can’t. The higher we get, the more the sway, and the harder for us to regulate our balance. If the effect becomes too great, it can interfere with our own center of gravity.

People bad at estimating distances suffer from more powerful acrophobia. A California State University study looked at how people estimated buildings’ heights. Those who overestimated the height of a building had stronger reactions to standing at the top. Findings suggest a direct link between perception and fear. 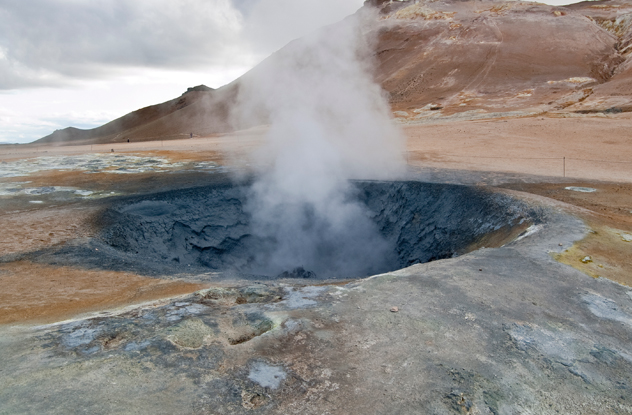 Hydrogen sulfide is pretty nasty stuff. You know it as the smell of rotting eggs, and in high amounts, it may have killed off the dinosaurs and a huge portion of other prehistoric life. But all living things produce the chemical in very small amounts, and it helps regulate the rate at which our internal processes function. Most recently, it’s been found to have a new use—putting mice into a state of suspended animation.

When administered at the proper dose, hydrogen sulfide slows the body’s metabolic rate and drops the core temperature to well below the hypothermia threshold. All bodily functions, including circulation and pulmonary activity, almost shut down.

In animal tests, hydrogen sulfide suppresses normal body function, perhaps forming an invaluable tool in slowing the damage done by burns and illnesses until a person can receive proper treatment. 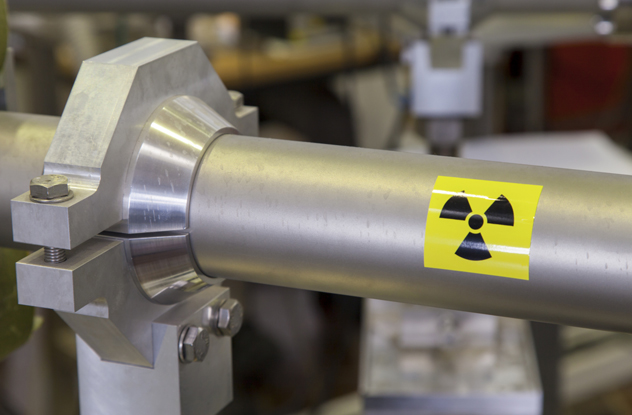 Radioactive decay releases energy into the immediate environment. That energy interacts with the cells of the body, either killing them outright or causing them to mutate. Mutations develop into cancer, and some types of radioactive material hit specific body parts especially hard. For example, radioactive iodine accumulates in the thyroid gland, causing thyroid cancer, especially in children.

At the much higher level of 200 rem, radiation sickness kicks in. Radiation sickness causes short-term, instant effects like vomiting, a reduction of red blood cells, and damage to bone marrow. This bone damage causes another, more latent problem—bone marrow is responsible for producing platelets, which are essential in blood clotting. 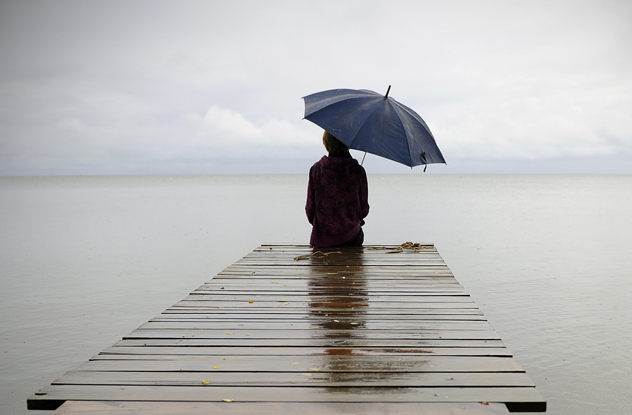 Feeling lonely is normal. Even in the most crowded of rooms, we can still feel an overwhelming sense of loneliness if we connect with no one. But chronic loneliness can have a very real effect on our bodies.

According to University of Chicago psychologists, people who report being lonely show severely suppressed immune systems for an interesting reason. Since lonely people view the world as a dangerous, unfriendly place, their immune systems fixate on fighting bacterial infections. This leaves them unable to produce as many antiviral antibodies, leaving them consequently more susceptible to viral illnesses.

They are also more susceptible to high blood pressure, as hardened arteries have also been linked to chronic loneliness, and difficulty sleeping. Higher stress leaves the lonely more vulnerable to heart disease and strokes. 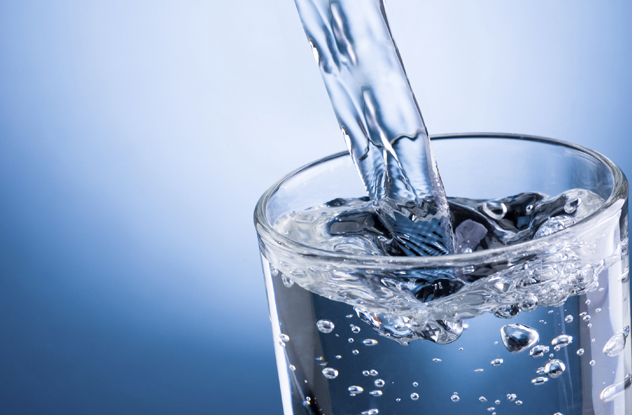 Water intoxication causes all kinds of problems, the most deadly being hyponatremia. When the kidneys can’t get rid of the extra water, they push it into the bloodstream, where it dilutes the blood and causes a severe drop in electrolytes. Without enough salt in the body, you suffer from headaches, exhaustion, vomiting, and disorientation.

Once the bloodstream can no longer handle it, the water rushes into cells, which swell. This becomes deadly when the cells lack room for expansion, such as in the brain and spine. You can then suffer from brain swelling, coma, seizures, and ultimately death.

You may also run into another problem from drinking too much. Water can contain pollutants. When you regularly drink more water than the safely recommended amount (which is actually rather less than the long-touted eight glasses per day), the pollutants can build to a level with which the body can no longer cope.

10 Places You Would Never Expect To Find Bacteria