Few entertainers are as deeply loved and quoted as comedians. So when the most esteemed comedians in history do something embarrassing, it can induce cringing for generations to come.

The Greatest Speech Ever Made

The Worship: Charlie Chaplin is widely credited as being the world’s first international film star and one of the very few silent film stars whose work is still popular today. But one of his monologues, the idealistic and stirring “Let Us All Unite” speech from his anti-Nazi classic The Great Dictator, has proven more enduringly popular than any of his silent performances. Chaplin was asked to deliver the speech at political gatherings for years afterward. Even today, it has been watched by millions online.

The Embarrassment: Unfortunately, The Great Dictator also features an uncomfortably flippant sequence set in a concentration camp. Of course, at the time, the atrocities of the Nazis were not as widely known as they are today, but it still makes for awkward watching. Chaplin himself seemed embarrassed by some of the movie’s lighter elements, saying the film would never have been made if he’d known the true depths of the Reich’s evil.

The Worship: When you star in what TV Guide, Deadline, and The Guardian all argue is possibly the best sitcom of all time, you’re bound to end up widely beloved. Jerry Seinfeld has been praised as a genius of observational comedy, whose methods of coming up with jokes have been exhaustively profiled in publications like The New York Times.

The Embarrassment: During an interview in 2011, Seinfeld was asked what he considered his least favorite episode of the show. He immediately selected “The Alternate Side,” particularly for a scene where Jerry, Elaine, and Kramer end up force-feeding an unconscious stroke victim on Jerry’s couch. Seinfeld said he felt bad about doing the scene at the time—and apparently his disaffection lasted for decades.

The Worship: As a member of the comedy troupe Monty Python, Graham Chapman is endlessly quoted to this day and has entertained such illustrious fans as Elvis Presley. As King Arthur and Brian of Nazareth, he was the glue that held together the group’s hit films. He’s also probably the only comedian whose memorial service has spawned a popular video.

The Embarrassment: 1983 saw the release of Yellowbeard, a film Chapman both wrote and starred in. The movie is probably best remembered for its constant stream of rape jokes, most of which barely qualify as jokes at all. For example, Chapman’s character is asked by a woman if he remembers cuddling with her. He replies that he was raping her at the time, but she laughs it off as “sort of half-cuddle, half-rape.” It plays less as transgressive comedy than as an outpouring of Chapman’s well-documented misogynistic tendencies. Even John Cleese, who appeared in the movie, said that he doesn’t understand why anyone thought it would be anything but dreadful.

The Worship: From Harpo’s silent horseplay to Groucho’s witticisms, the Marx Brothers were arguably some of the first—and the best—modern comedians. One of the group’s biggest assets was their constant touring on the vaudeville circuit, which they would use to test their material on various audiences, a practice which helped filter out the topical and esoteric humor and gave their work a timeless element that can still be enjoyed today.

The Embarrassment: It seems the Marx Brothers were lucky enough to get their greatest humiliation out of the way early in their careers. In 1921, the team made their first movie: Humor Risk, which completely bombed at a test screening. Accounts vary on how Groucho responded. According to some, he took the only print of Humor Risk and burned it. The other version holds that the film was left in the projector overnight and was simply thrown out—which is almost more depressing, since it implies no one even had the energy to destroy the movie in a memorable way. 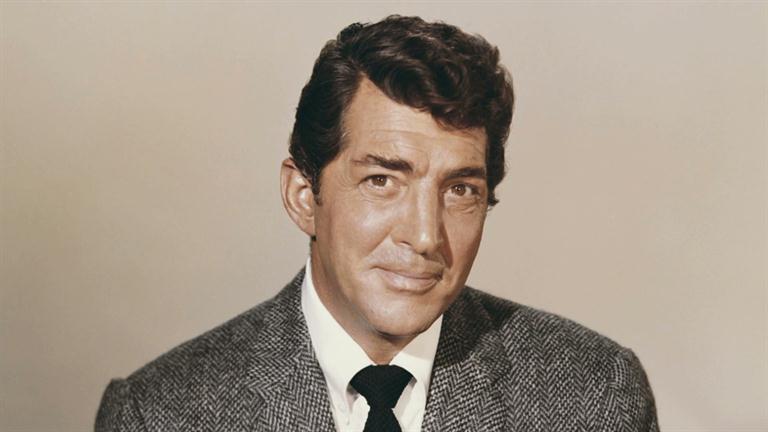 The Worship: During his partnership with Jerry Lewis, the comedy duo dominated the American box office from 1950 to 1956. The Dean Martin Show ran for nine years on NBC. There’s a story that Martin knocked “A Hard Day’s Night” off the top of the charts in 1964 just because he didn’t like the Beatles. It’s probably not true, but that’s how much America loved him—they believed that he could change pop culture out of mere annoyance with a band.

The Embarrassment: For decades, Dean Martin would make numerous racist jokes on his show Dean Martin’s Celebrity Roasts. Sammy Davis Jr. and other black guests on the show were the subject of jibes based almost exclusively around their race. For example, Martin once introduced a visibly annoyed Dionne Warwick by claiming she had become successful enough to buy a big plantation staffed by white people. Another guest once told Davis Jr. that if he didn’t stop ending his shows with “That’s Amore,” he’d wake up with a watermelon in his bed. To put this sort of behavior in perspective, Davis Jr. had spent a lifetime enduring racial prejudice—in the military his fellow soldiers painted “I’m a n—r” on him. Still, he would grin and bear it when Martin and other members of the “Rat Pack” made racial jokes at his expense.

It should be noted then when we call these bits embarrassing, we mean for Martin’s fans or for audiences in general. Martin was hardly going to be embarrassed. His reputation among those who knew him was as a “menefreghista” (“doesn’t give a f–k”).

The Worship: Although today movies like Norbit, A Thousand Words, and Meet Dave have tarnished his reputation among fans, during the 1980s Murphy was essentially comedy’s golden child, even when he was in movies as terrible as, well, The Golden Child. He was considered one of the saviors of Saturday Night Live, films like Beverly Hills Cop were classics of the period, and his Eddie Murphy Raw stand-up special made millions in theaters.

The Embarrassment: An earlier Murphy comedy special entitled Delirious eventually became notorious for a number of anti-gay jokes, such as not feeling comfortable with women hanging out with homosexuals because they might get “AIDS on their lips.” At one point he jokes that he is “afraid of gay people,” which is unusually literal as far as homophobia goes. Before anyone jumps in to defend those jokes, note that Murphy himself publicly apologized in 1996, claiming that he regretted the jokes and was speaking out of youthful ignorance.

The Worship: Even before joining Monty Python, Cleese had made a reputation as a comedy genius on programs like The Frost Report. After Python, he went on to make the classic sitcom Fawlty Towers and the classic film A Fish Called Wanda. He also managed to make entertaining instructional business videos through his Video Arts program, which is roughly the equivalent of making balancing ledgers entertaining.

The Embarrassment: Unlike most of the entries on this list, Cleese’s embarrassment of note is actually a harmless and much-beloved piece of comedic schtick. It’s the famous “Ministry of Silly Walks” sketch from Monty Python’s Flying Circus. Cleese hated the sketch from its inception and seemed both embarrassed and vindicated when it bombed during its first performance. Fortunately, a second and much more successful outing convinced the group to keep it in. Decades later, he was still publicly bemoaning how unfunny he found the bit, which has now become so iconic that posters of it are available.

The Worship: Hicks was considered one of the most edgy and substantive comedians of the ’80s and early ’90s. His stand-up was infused with both anger and a surprising degree of compassion—his persona was clearly that of a man infuriated by how much better he thought the world could be. Hicks remains so revered that decades after his death in 1994, a theatrically distributed documentary was made in his honor.

The Embarrassment: During a classic rant about the Kennedy Assassination, Hicks describes how Kennedy’s head moves backward after the bullet enters the back of his skull, which he acts as if the world is idiotic for not seeing as inconsistent. Unfortunately, that motion is actually completely consistent with how bodies respond to headshots. Because the bullet’s entry hole is so small compared to the exit wound, the force of matter exiting the skull pushes the head in the opposite direction to the bullet. So Hicks got to look like an ignorant nut ranting confidently about a subject he didn’t know anything about. 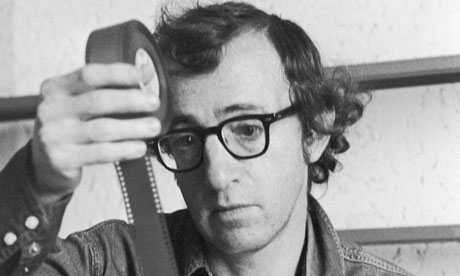 The Worship: Four Academy Award wins out of 24 nominations. Carte blanche to make films with styles wildly out of date. Such a degree of artistic respect that his career continued even after one of the most appalling sex scandals of the 1990s. That’s the amount of admiration that liberal audiences have for Woody Allen.

The Embarrassment: Woody Allen intended to end Bananas, the second film he wrote and directed, with a long blackface joke. The scene would see his character, Fielding Mellish, making a speech at Columbia University when a bomb explodes, leaving his face covered in soot. Three nearby black protestors are then supposed to be so stupid that they can’t tell he’s just a white guy with a dirty face. Instead, they accept him as a “brother.” The joke is clearly on them. Luckily for Woody’s reputation, the scene was eventually cut from the finished film.

The Worship: “The darkest, funniest comedian in America” according to Rolling Stone, Louis C. K. has won Emmys, produced acclaimed stand-up material, and appeared in successful movies. He’s one of those rare comedians who are so beloved that their jokes become treated like wisdom. You might have seen an extremely popular tweet of his: “If someone makes a racist/sexist joke, say, with total seriousness, ‘I don’t get it, can you explain it?’ Then watch them crash & burn.”

The Embarrassment: During an episode of The Opie and Anthony Show, Patrice O’Neal was explaining that the racial slur “kike” is supposed to be derived from the word “kikel,” a Hebrew symbol that Jewish immigrants with poor English would use for a signature. Louis C. K. then offered that the origin of the n-word came from some guy “acting like a n—r.”

There are probably a number of ways to argue that the joke isn’t offensive and insulting. Maybe he’s mocking racism or the joke is supposed to be how casually he delivers this clearly socially unacceptable idea. You don’t become a mainstream “dark” comedian without having some rationalizations handy. But why couldn’t non-famous people who want to tell racist jokes just hide behind the same excuse? It completely undercuts the message of the above tweet.

Dustin Koski is also the author of Six Dances to End the World, a book which contains significantly fewer racial slurs than this article.